September was our first "normal" month in a very long time. We still had lots going on, but we didn't travel, the kids had a predictable routine, and our new house started to feel a lot more like home. Here are a few more things we were up to:


Our kids pretty much eat like gerbils, and our dark floors show every tiny crumb. After a few weeks I got really tired of feeling like I needed to sweep 5 times a day so I ordered a rug from Wayfair for under our table to hide dirt until I could vacuum. We got an outdoor rug because they are supposed to more resilient and resist staining. So far that has been true and every spill, even red jello, has wiped right up. 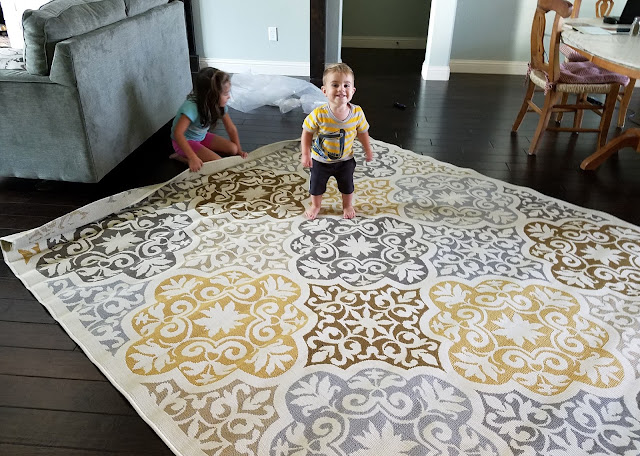 The day the rug arrived the kids immediately got comfortable with their blankets and a huge pile of books. 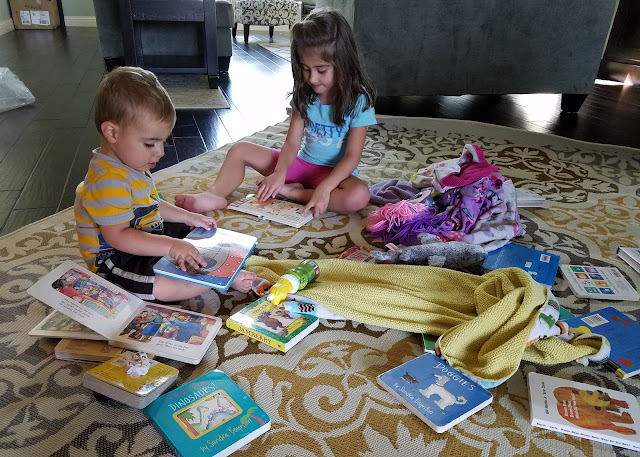 The rug matches our house well, and eventually we will upgrade our current table to something a little larger and change out the red cushions :) 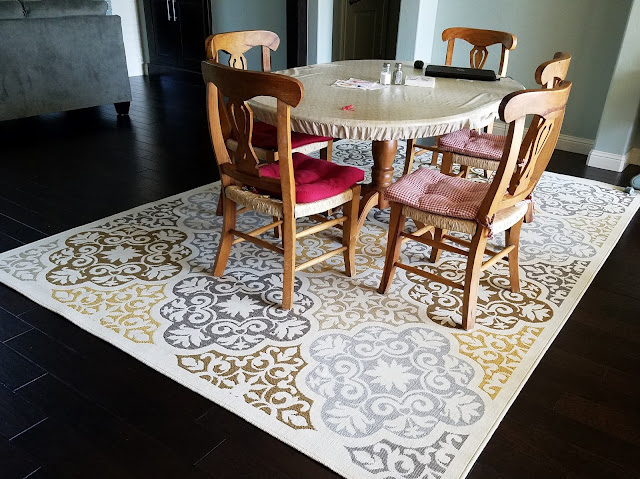 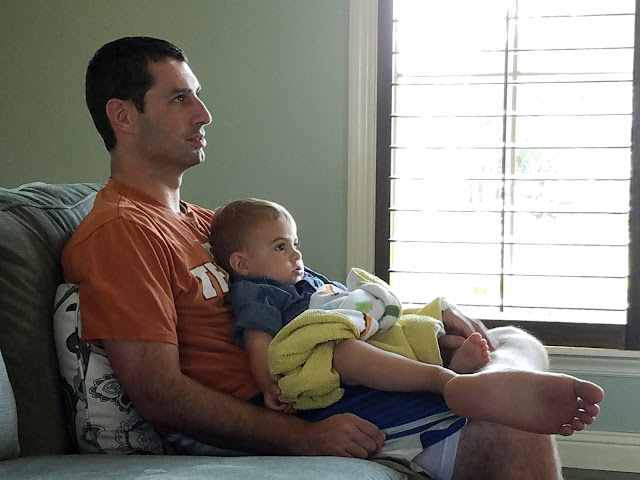 Sometimes technology can be wonderful. Davey is a real grump after naps about 75% of the time, but some chill time with Sophie and a show usually helps to bring him out of it. 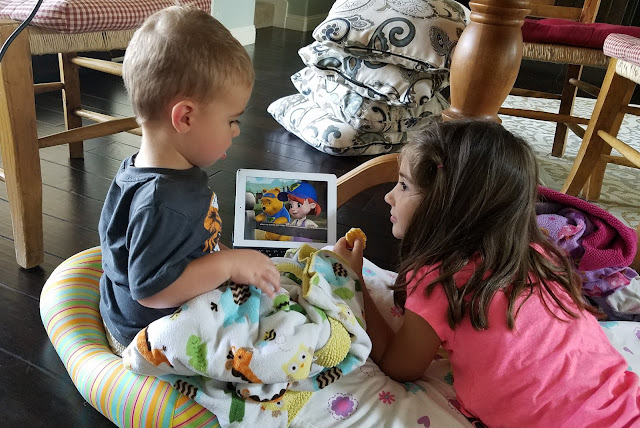 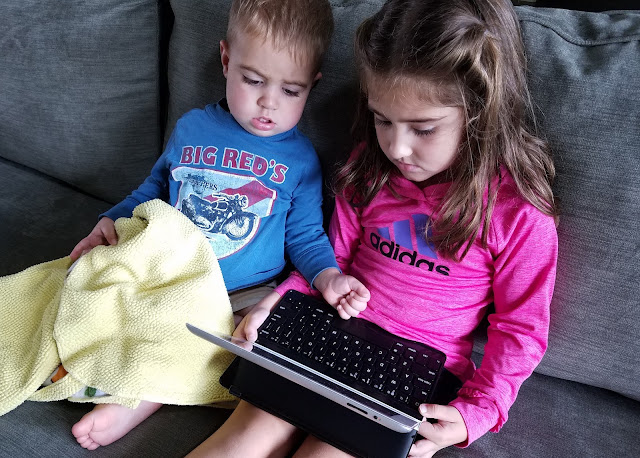 One of our other purchases for the month was a trundle bed for the playroom so we would have somewhere for guests to sleep. We got this used, and it's not pretty, but it fits the space perfectly and will certainly come in handy. 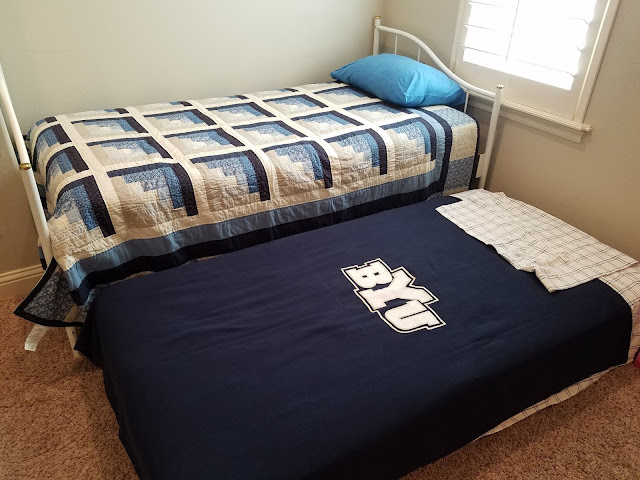 We had a solid week of torrential rain during the last week of September. It literally poured for days. The kids wanted to play outside one afternoon and it took me ages to remember where we had put the umbrellas when we moved in. After much searching, I finally found them in one of the closets, although at that point the kids were already soaking wet and I don't think the umbrella helped much :) 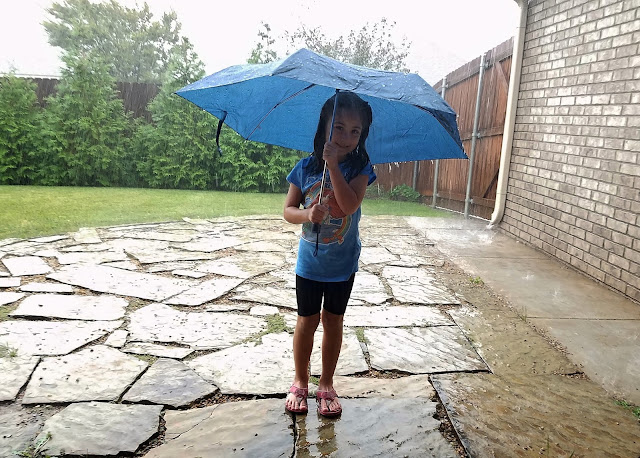 There is a large retaining pond across the street from our house with a paved loop that goes all the way around. Before the storm the water was about 10 feet from the path. After the storm it had come all the way up and swallowed the path, benches, and trees! 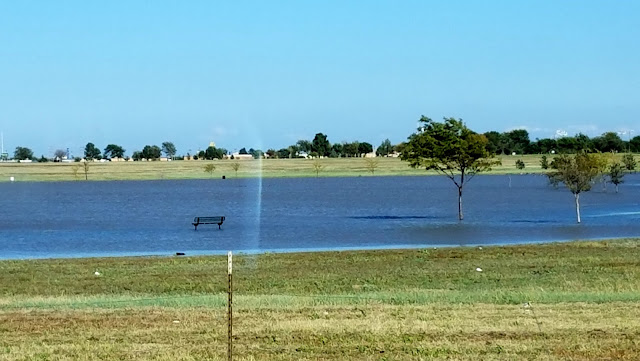 Video: Kids playing on the back patio during the big rain storm - I have no idea what Sophie was saying (she was just too excited) and my favorite part is when Davey steps out from under cover, gets soaked, and then quickly comes running back.

Video: Party at Chuck E. Cheese - Sophie was invited to a birthday party for a preschool classmate. Davey and I tagged along since she is not quite old enough to figure out all the games and keep track of the tickets by herself. She was lucky enough to win a jackpot on one game that gave her 100 tickets, which she then redeemed for a plastic animal bat creature.