After counting down the days all month, the big night finally arrived! Sophie understood Halloween well last year, but this was the first time she was truly excited about everything. This is probably her favorite holiday, even more than Christmas right now, because she just loves everything that comes with it - the candy, the costumes, witches, ghosts, spiders, skeletons, bats.... In fact there was a little haunted house in our neighborhood that Dave took to while they were out, and she told me that when the ghost popped out to scare her, she laughed because she loved it so much.

We started off our night by accidentally locking ourselves out of the house - oops! We had everything we needed though, so Dave stayed behind to hop the fence and work out a way in, while I started taking the kids door to door. We live in a great neighborhood for trick-or-treating and there were kids everywhere! Davey and I only stayed out for about 30 minutes, but Dave took Sophie around (after retrieving a house key) for a full 2 hours. He estimated the houses on the main street probably saw close to 1,000 kids that night. We live at the end of the court on the edge of the neighborhood and probably only had 40-50 kids, but the quiet was just fine with me.

Their Moana and Maui costumes are definitely not well suited for colder weather, but I wanted some photos before they got all bundled up, so we took these earlier and then brought them back in to add some layers underneath. 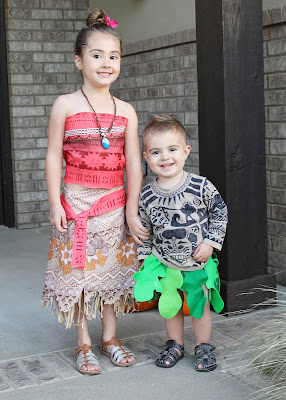 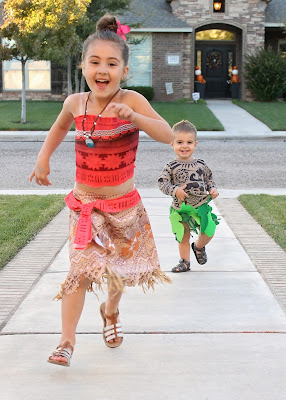 My attempt at an orange dinner: mac & cheese, baby oranges, carrots, and jello 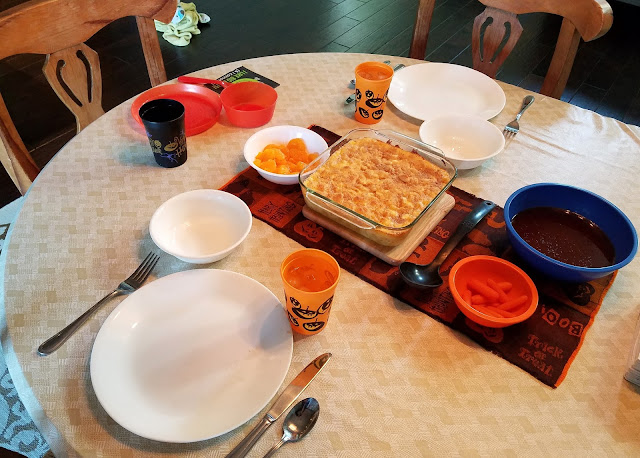 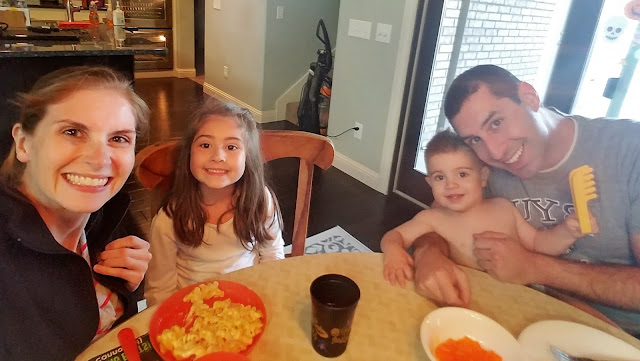 While it wasn't FREEZING, Halloween did happen to fall on the worst weather night of the week. At least the rain/snow never showed up.

Little Moana ready to tackle the neighborhood - she was just barely tall enough to reach the doorbells! 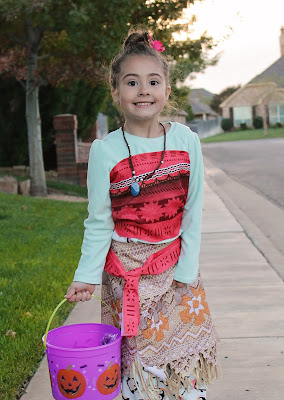 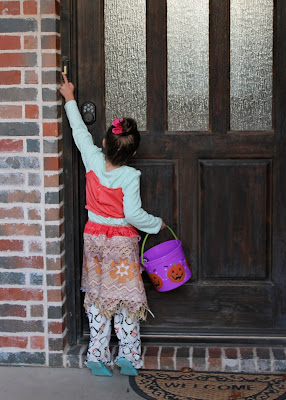 Sorting the loot afterward. Some of this candy is Davey's, but most of it is hers. We counted 150 pieces, and that was after I took at all the nasty stuff to redistribute to the other trick-or-treaters. 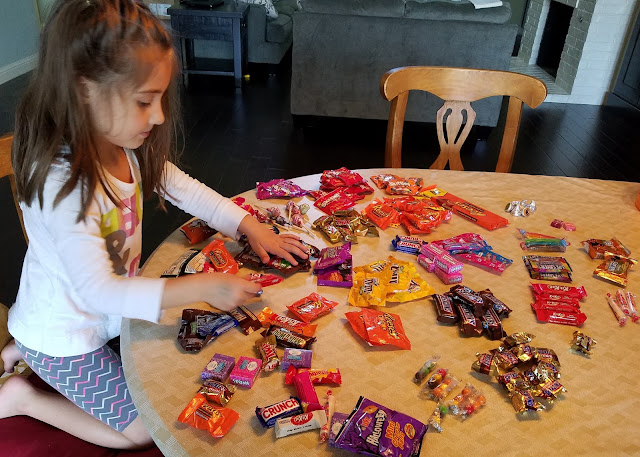 Davey calls candy "yummies" and wanted to start sampling right away. We gave him a sucker which kept him happy for awhile, but he lost it (I later found it stuck to his bum when we got home) so he decided to just help himself to something else. We caught him eating a Rolo and a Tootsie Roll, with wrappers still on, during our walk. 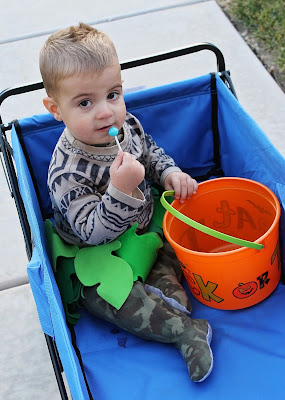 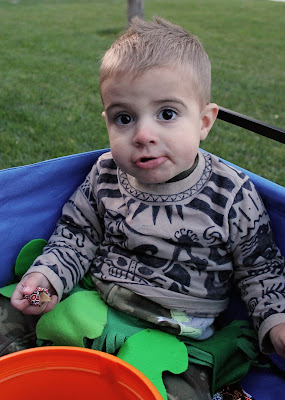 And just for fun, these are a few of the things we picked up at the after Halloween sale the next morning. Sophie couldn't wait to open it all, so I let her have some fun before putting it into storage til next year. 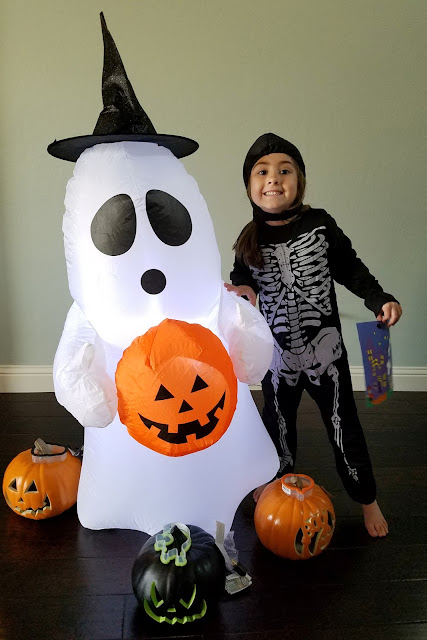