We had Sophie try soccer for the first time this fall. We moved in after the registration deadline, but I called and asked if there were any teams short a player we join, and so she became the newest member of the Tornadoes.

The first few practices were rough. She is the youngest player on the team and three of the girls have been playing together for a few seasons now and poor Sophie was just feeling inadequate in comparison. She kept trying though, and practices started to go better as she made friends with the other girls and got more confident in her skills. We are proud of how hard she tried and how much she learned this year. It was a great start!

The Tornadoes finished the year undefeated (those girls are really good) and probably outscored the other teams by over 100 goals. Sophie had a joint goal in her second game, and almost scored on her own in her last game (see video below). The biggest disappointment was the way the schedule turned out. Due to weather and other factors, we ended up with only 3 Saturday games, and 6 Sunday games, instead of an even split. We were planning on missing the Sunday games, but it was sad to end up missing over half the season. In the future we'll have to decide if soccer is something worth doing. 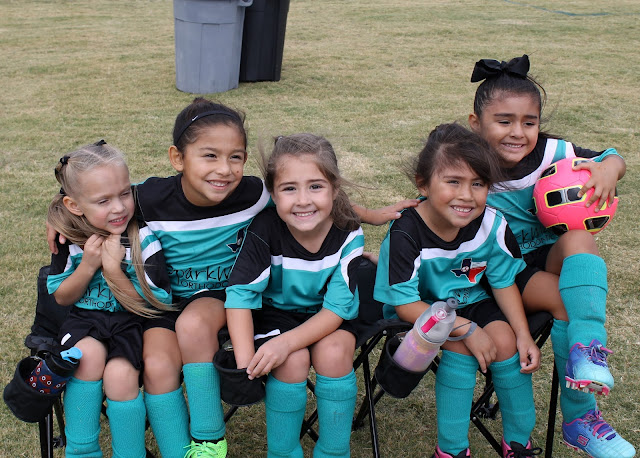 I was just expecting to get a t-shirt, but when uniforms came in they were actual jerseys, complete with shorts and matching socks! 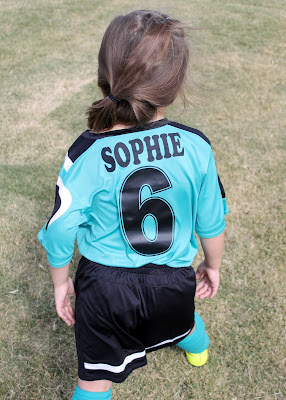 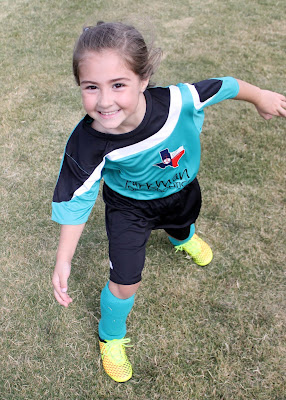 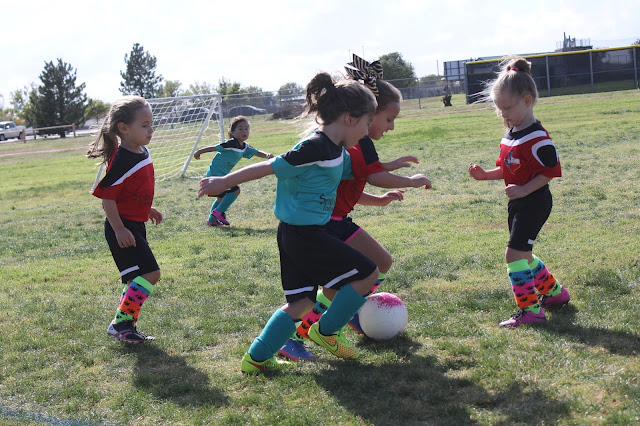 Her favorite part was the special treat at the end of the came. When it was our turn to bring snack she picked out Hostess cupcakes and grape Koolaid. 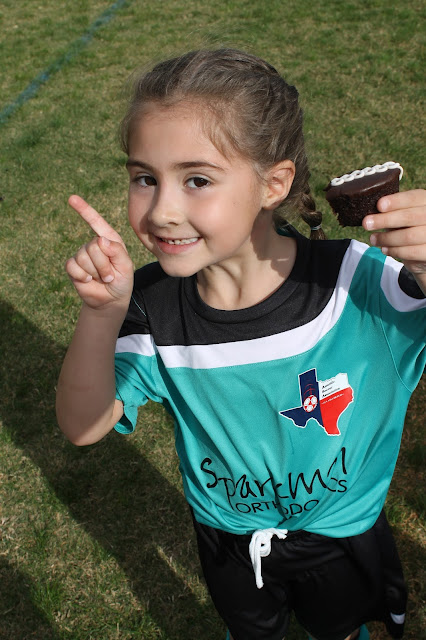 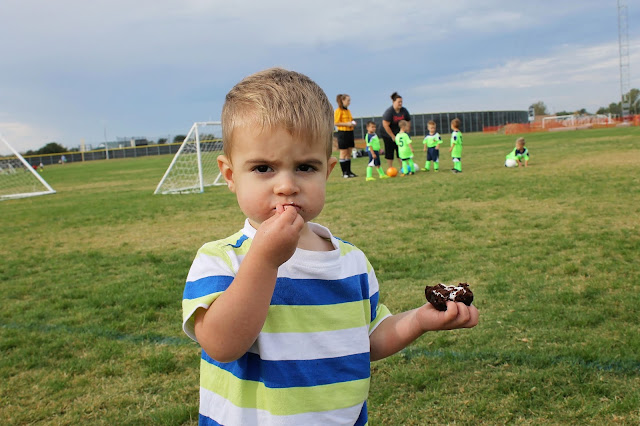 Video: Davey joining the team on field for a few seconds and the time Sophie almost scored a goal