I have reached the half way mark for this pregnancy! At this point baby weighs about 10 ounces and is just over 10 inches long. Since I've been through the "Fruit & Vegetables" comparisons a couple times now, I thought it would be nice to try something different. I found an app with a "Fun & Games" theme instead that has comparisons like paper airplane (20 weeks), action figure (16 weeks), matchbox car (13 weeks), and Lego man (10 weeks). Sophie's favorite was "troll doll" at 12 weeks.

This baby has been very active and I feel movement all day long. The kicks are big enough yet to see my stomach visibly move, though we probably aren't too far off from that stage. We have a guess at gender, but have to patiently wait until the first week of November because that's the soonest I could get a sonogram appointment. Sophie has picked out the names "Diamond" for a girl and "Peanut" for a boy. Davey still has absolutely no clue that he's going to be a big brother. 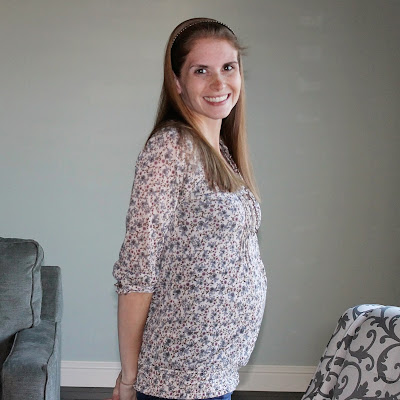 My appointments are a little crazy with these two in tow, but that's mom life I supposed. 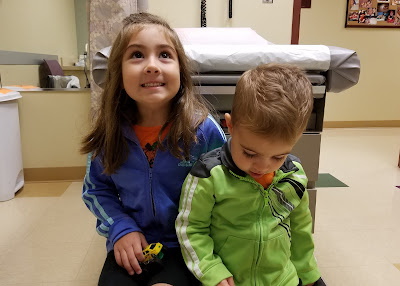 I went to a huge baby sale this month. You would think that by the third kid we would have everything already, but there was a lot I had always borrowed from my sister since we conveniently had kids on an every other year schedule. I also got a few toys to tuck away for Christmas, and some clothes to fill the gaps in the kid's winter wardrobes. 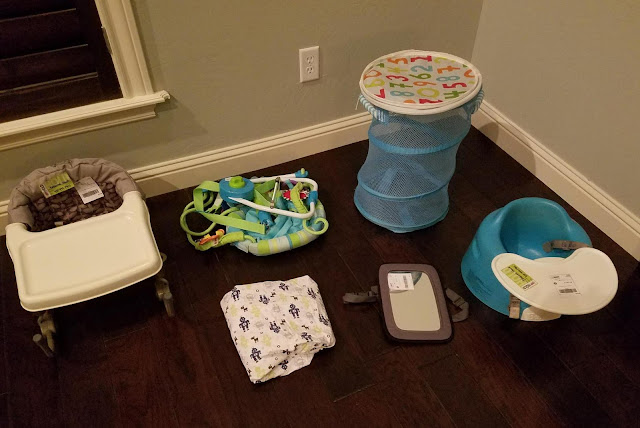