Some more of June that happened in between all the other crazy of the month: 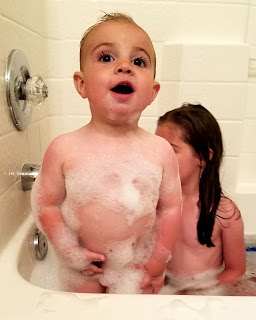 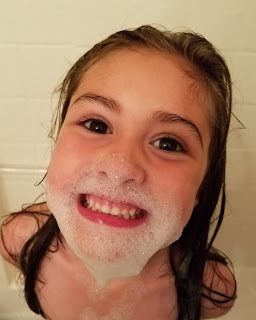 Sophie really wanted to cut something with her scissors so I unleashed her on the long grass growing along the fence in our yard :) 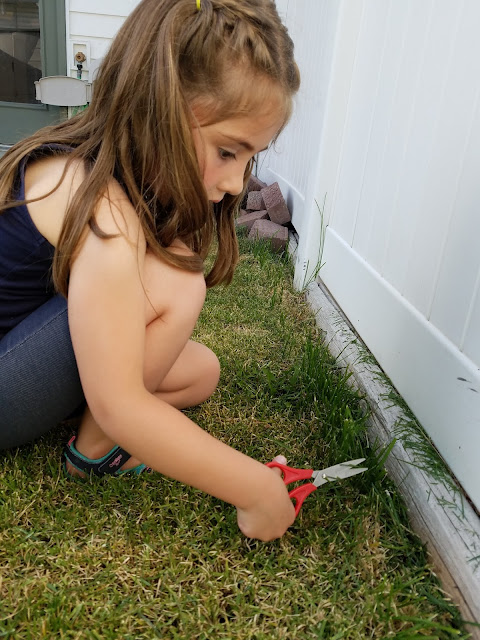 Daddy left without him to get a pizza 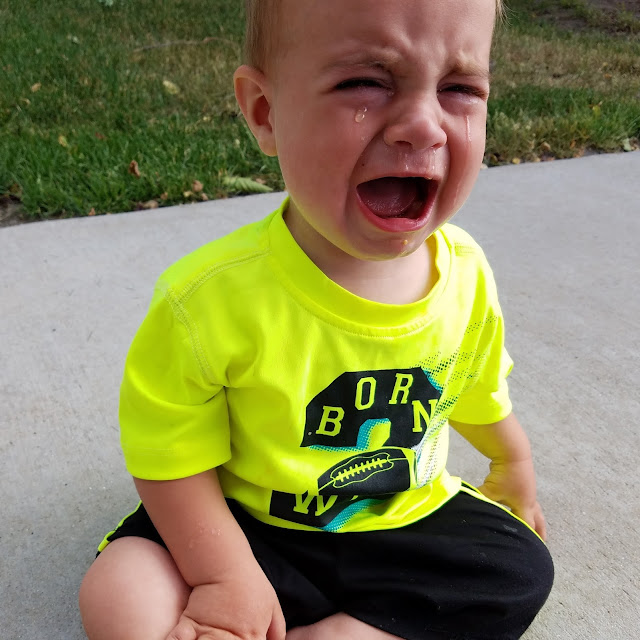 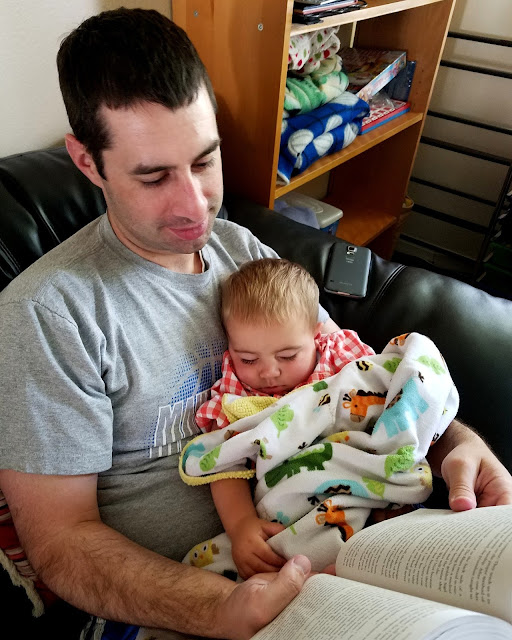 This girl loves a good book 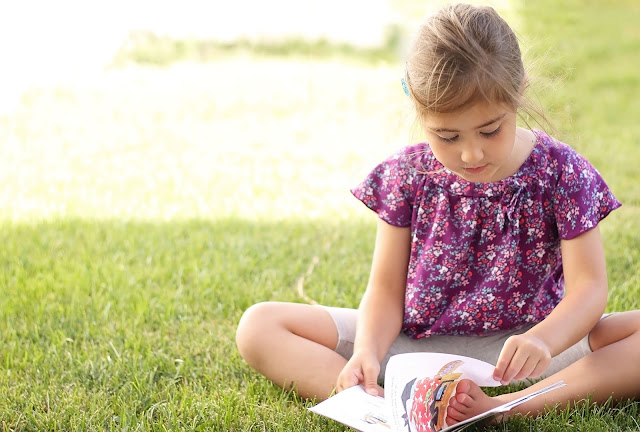 All the moving chaos opened up new opportunities for Davey. He enjoyed the unmonitored time and access to things previously locked away in cupboards. 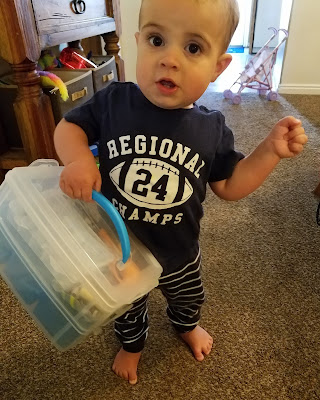 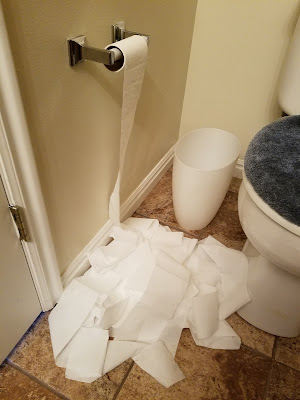 Davey met Woody and was a little starstuck 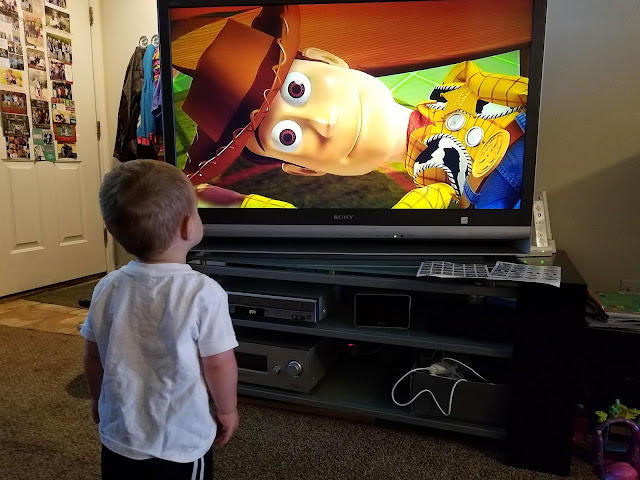 One of my very few successful "carseat to crib" transfers 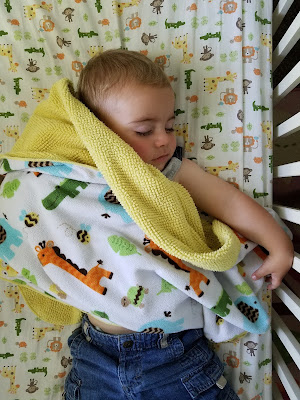 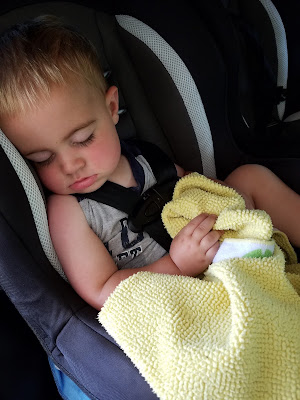 Before leaving we tried out the new Waffle Love location by our house. We enjoyed watching their food truck compete on the Great Food Truck Race show, and enjoyed their waffles even more! 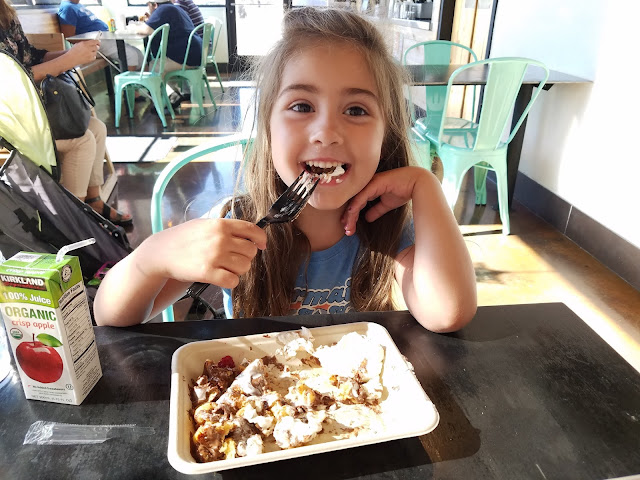 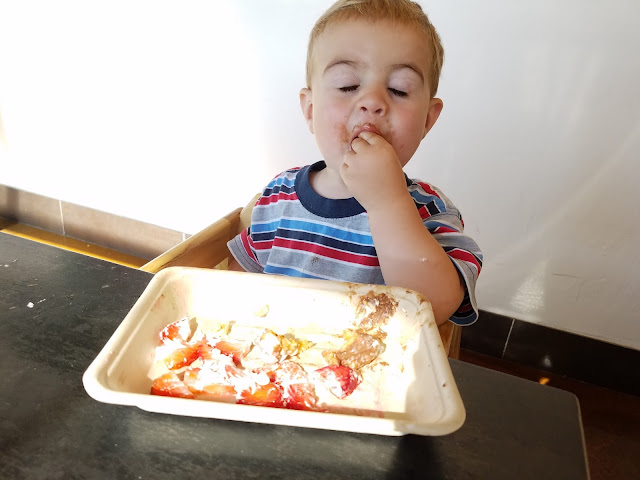 I had been wanting a new vacuum for awhile, but was trying to hold off until our new home. A few weeks before the move I finally broke down and ordered one off Amazon while there was a good sale. It was amazing how much better it worked! This is how much it picked up right after I had already vacuumed with the old one. Amazing and disgusting at the same time. 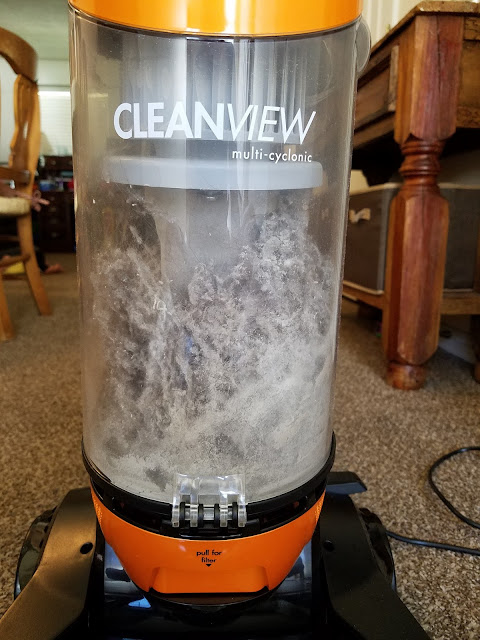 The weekend before we left Dave stumbled on a community part at a Mountain American Credit Union branch. They had a BBQ (great for us since we had little food left) and face painting! I also squeezed in a 15-month check up for Davey boy while we still had insurance. 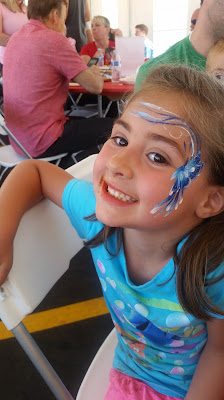 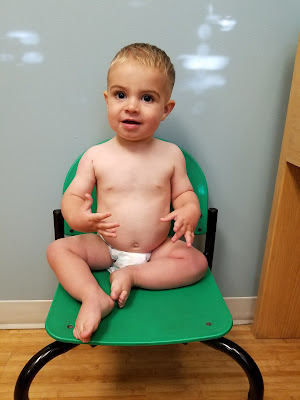 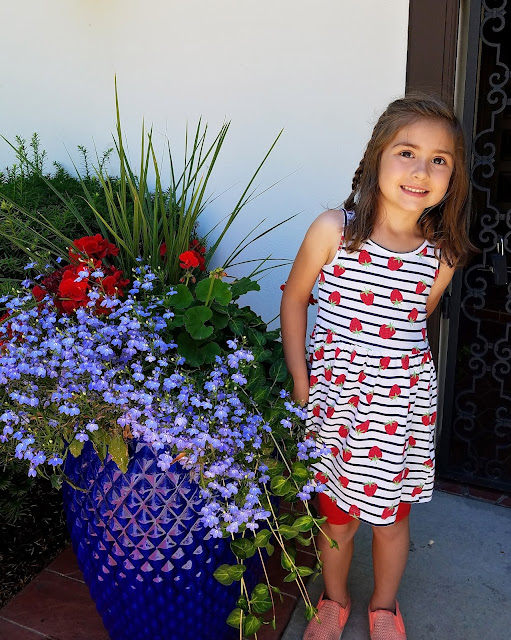 First breakfast in Texas! We joined grandma at her hotel for some waffles since our cupboards were still bare. 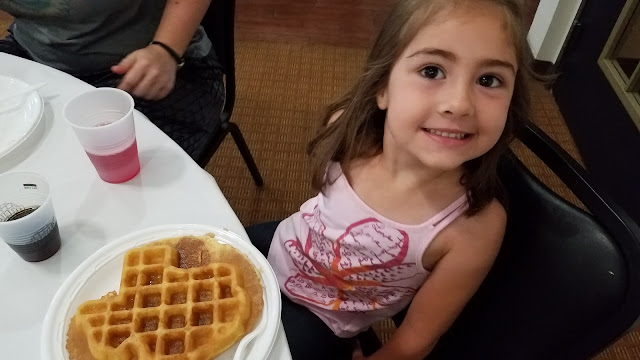