I'm finally getting back to the blog after a looong absences. Most nights I have every intention of finally starting the catch up process, but something else beckons and I step away. Now I have been asked to teach on Sunday and suddenly writing a blog post is more appealing then preparing a lesson... I guess I just needed the proper motivation :)

I do like things to be in order, however, so even though it's September, we're going to jump back four months to the first week of May, where the day after Dave's graduation, we left our two kiddos with grandma and flew off to Barcelona for a 7-day, Mediterranean cruise!


A few weeks before the trip Davey was still nursing 4-5 times a day with no signs of weaning anytime soon. I basically had to cut him off one feeding at a time over a two week period and he was not a happy boy. He was also still not sleeping through the night when we left and I felt pretty bad passing that off to grandma... 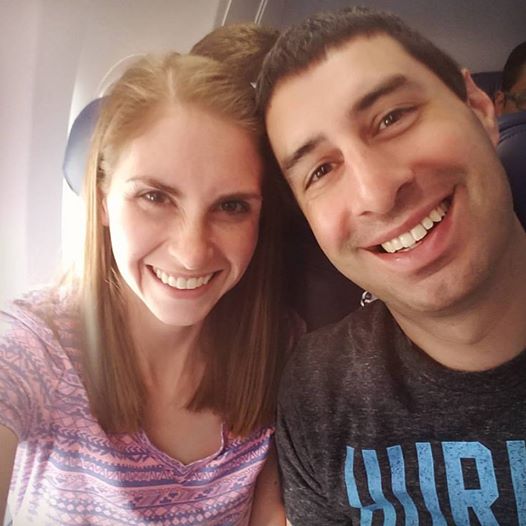 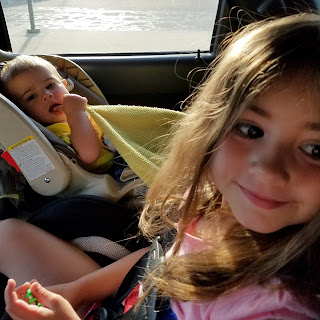 We arrived in Barcelona early in the morning and took a taxi downtown to the hotel where my parents, Derek, and Faye were staying. I'm always a little nervous navigating foreign cities with no phone service, so it was a welcome site when we finally met up. We left our luggage at the hotel and then went out to try and see a few sites in the Gothic quarter before we had to board the ship. 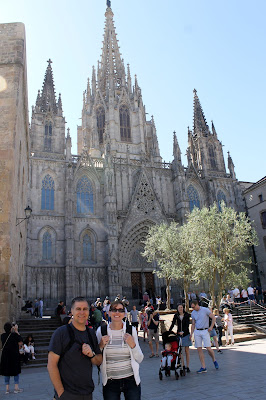 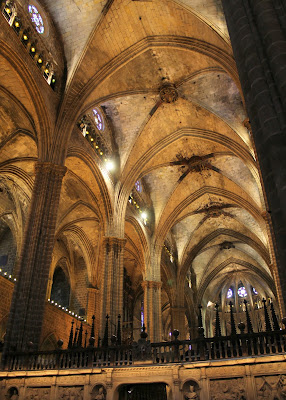 Since we were visiting on a Sunday there were services taking place. It was neat to hear the music and sermons, but it also meant the whole front section was roped off so we couldn't get close and only had views from the back near the entrance.

I can't remember what this was... it may be the back of the cathedral. We were a bit jet lagged and saw a lot of old buildings while walking around that morning. 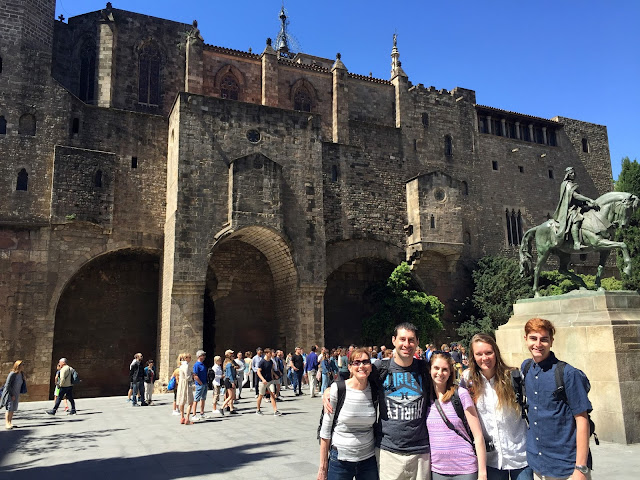 After playing tourist for the morning, we went back to the hotel to fetch our luggage. The cruise ships dock on a large quay accessible by a huge bridge. When my family was last here 11 years ago we walked to the ship from our hotel, suitcases in tow. Those 5 km will forever live in our memories as "The Death March." This time we were really excited that my dad decided to go by taxi instead and we enjoyed a nice quick ride out to the port.

Our family "Welcome Aboard" photo 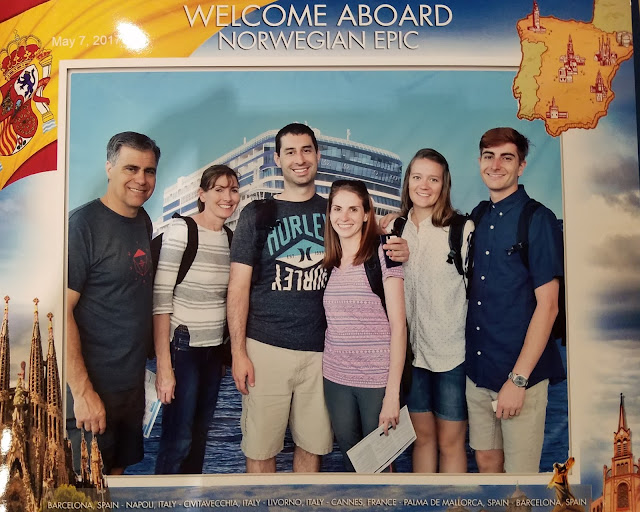 We were sailing on the Norwegian Epic, a newer ship and one of the largest in Norwegian's fleet. The capacity was 4,000 guests and close to 2,000 crew - quite the monster! She wasn't the prettiest of vessels (think floating brick), but for all those people things never felt overly crowded and we had a great time.

Our itinerary included 5 port stops (more posts to follow) and one day at sea. 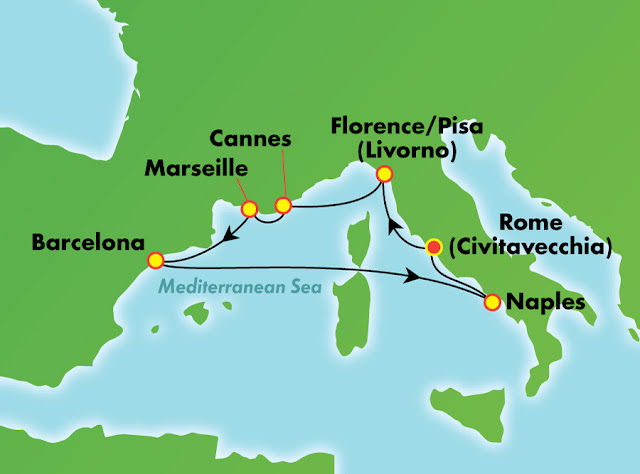