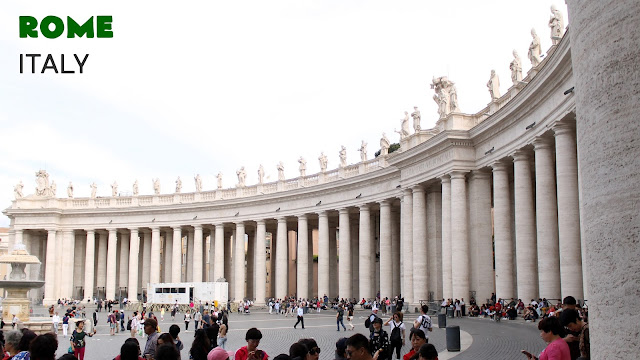 There is no place in the world quite like Rome. It's a magnificent city with pieces of history everywhere you turn. It's impossible to see all the sites in a day, but we tried to at least hit the highlights We had a private van again to take us around the city and our driver did a great job getting us through chaos so efficiently. He also had lots of great knowledge to share and even took us to a couple places not on our hit-list that were fun and different.


First stop was the Colosseum - the site of epic gladiator contests and other battles. Construction began in 72 AD and took just 8 years to complete. It was in continuous use for over 400 years until the fall of the Roman Empire. 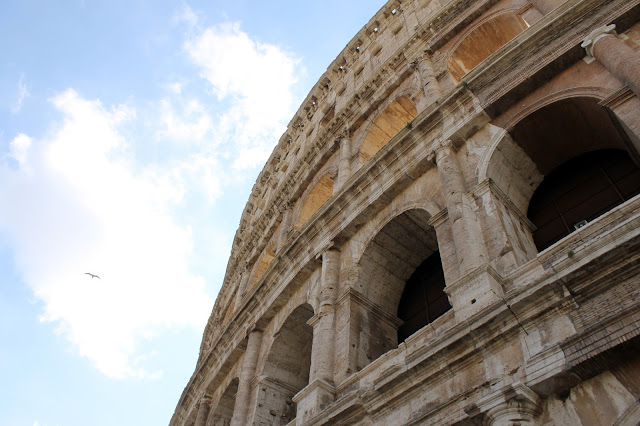 The Colosseum has been damaged several times by fire, earthquakes, wars, and looters (all those holes in the wall are where the iron supports were removed in the Middle Ages), but it still stands! It's crazy to think this structure is almost 2000 years old! 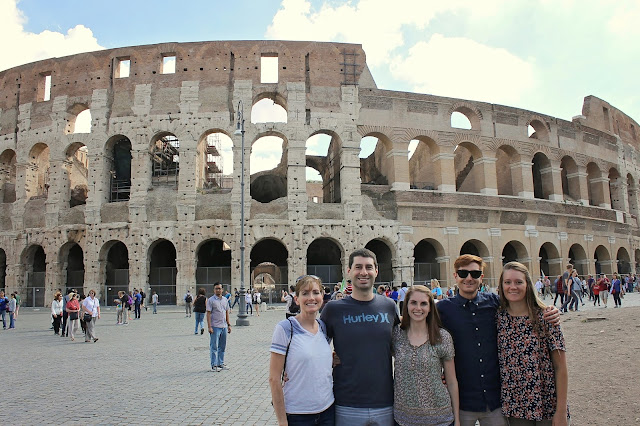 As the largest amphitheater ever constructed, the Colosseum had seating for 80,000 people. Much of the interior has been destroyed, but it's still an impressive site. 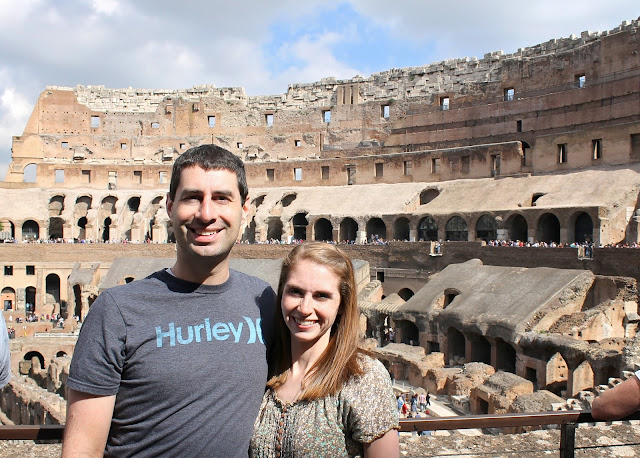 Next up our driver too us to the Knights of Malta Keyhole where we had a perfect view of St. Peter's Dome. I tried to take a picture with my cell phone, but it didn't work very well. I included a photo from Google that better shows what we saw at the end of the hedges. 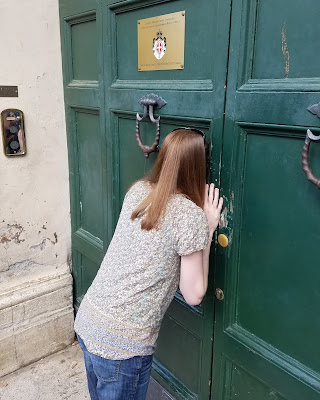 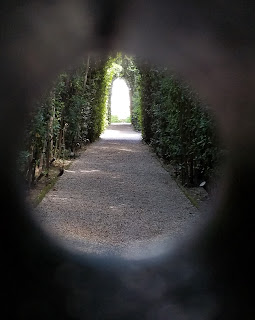 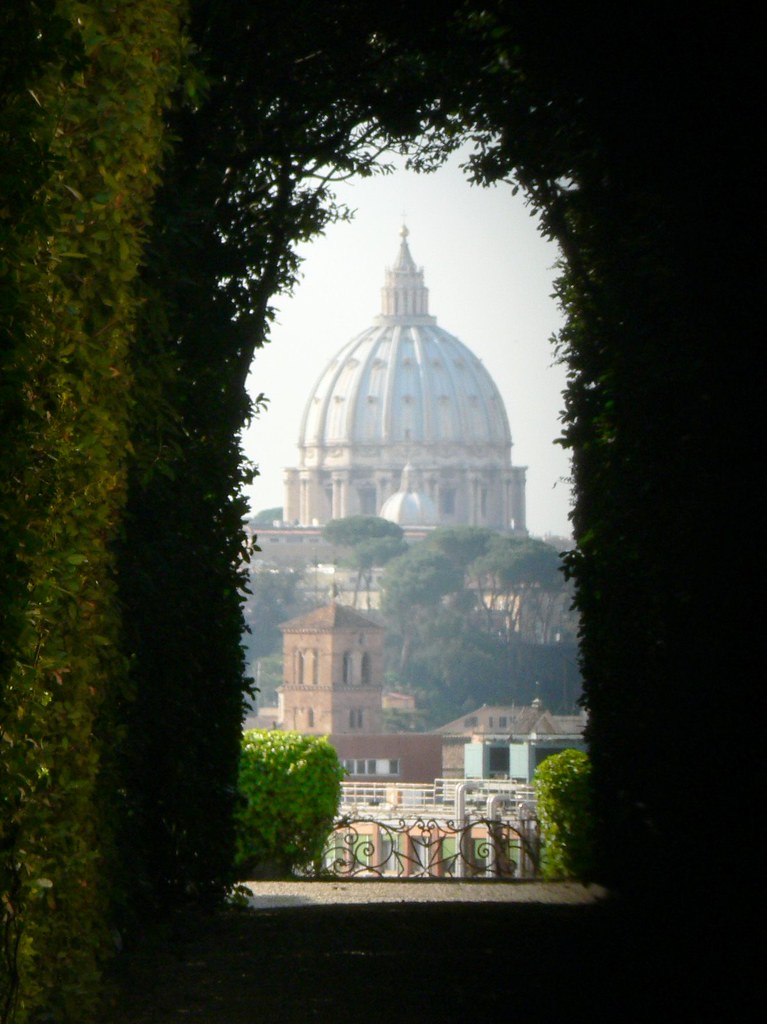 From there we went Capitoline Hill, which was designed by Michelangelo, and is one of the Seven Hills of Rome. We also had views of the Roman Forum below and found one the many drinking fountains that are scattered around the city. The water is supplied by aquifers and actually tastes pretty good! 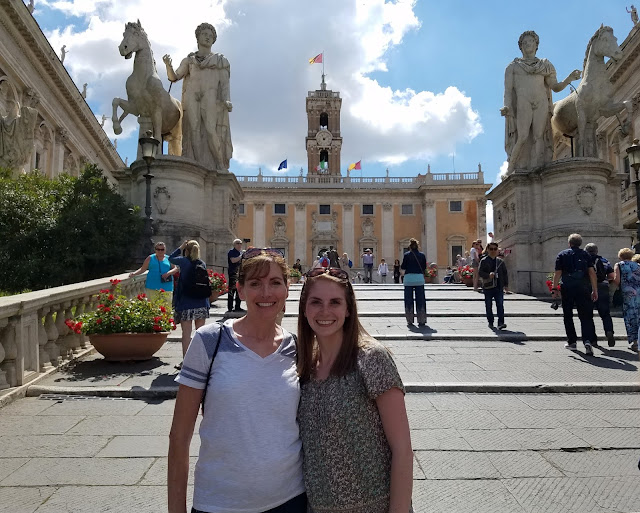 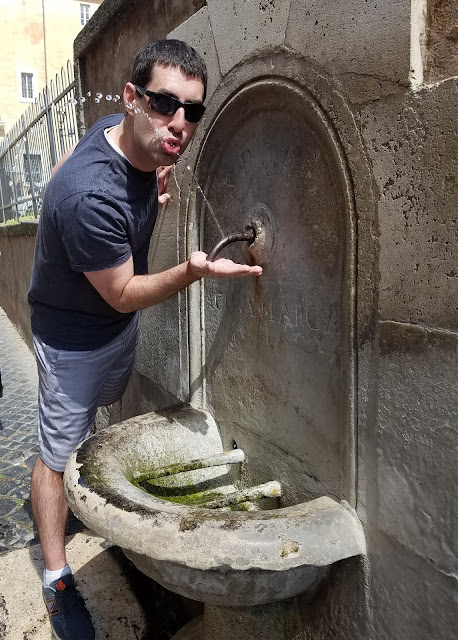 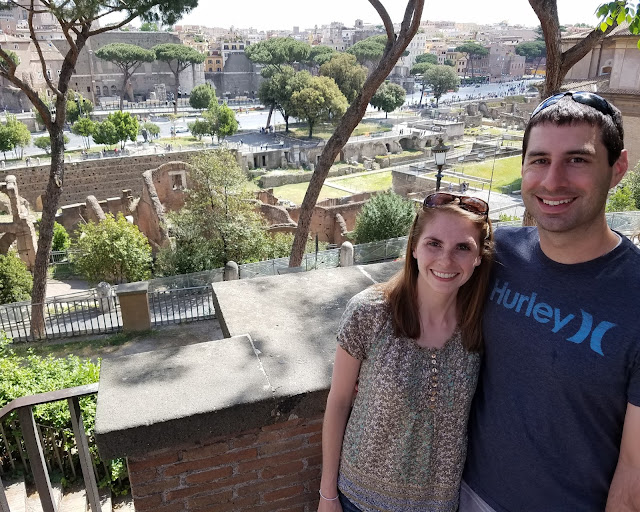 Our driver had to really fight the crowds to get us up to the Pantheon, and on the way we heard his many opinions about different cultures (Mexicans are always late, there are too many Koreans, northern Italians work to much and we call them Germans, everyone from Naples is crazy, etc...) Unlike the Colosseum, the Pantheon is one of the best preserved Ancient Roman buildings and still features the world's largest unreinforced concrete dome, even though it's over 2,000 years old. 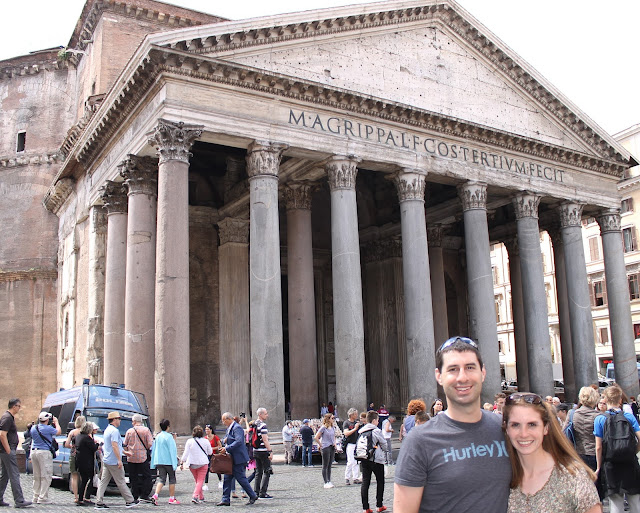 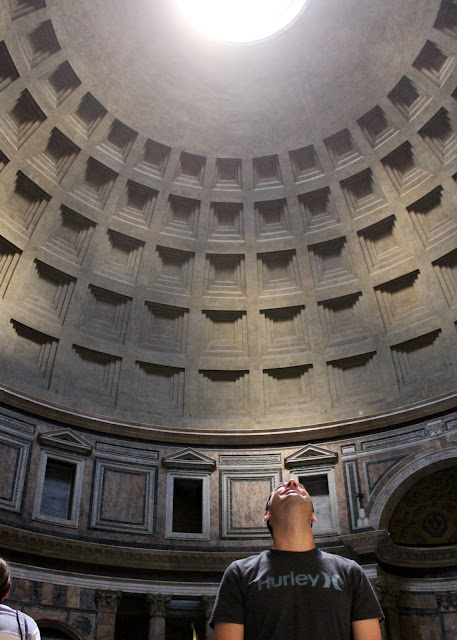 We then fought even more crowds to get to the Trevi Fountain. When we were last here 11 years ago there were some tourists, so we were shocked at the difference. The crowds were at least 10 rows deep and we were not able to get very close. All those people bring in a lot of money though as the fountain collects around 3,000 Euro each day!


And now it was time for lunch. The Spanish Steps, so named because the Spanish Embassy is nearby, was the perfect spot for a break. After eating we ran to the bottom and counted the steps on our way back up - 135 to be exact! 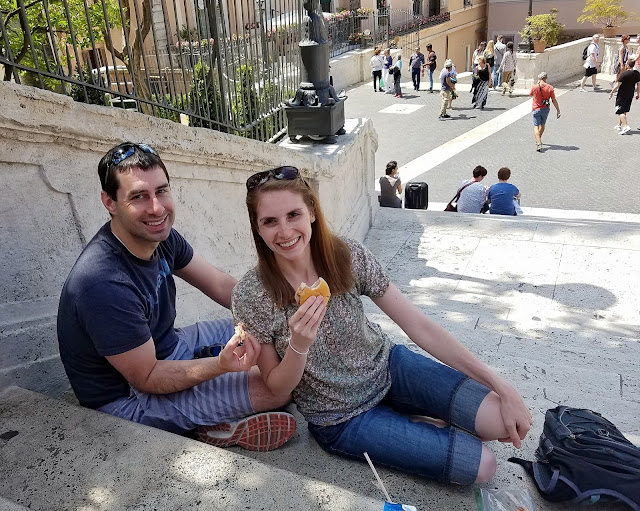 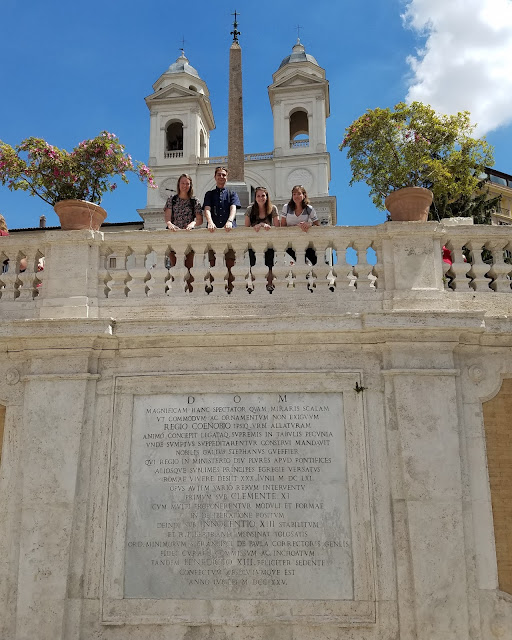 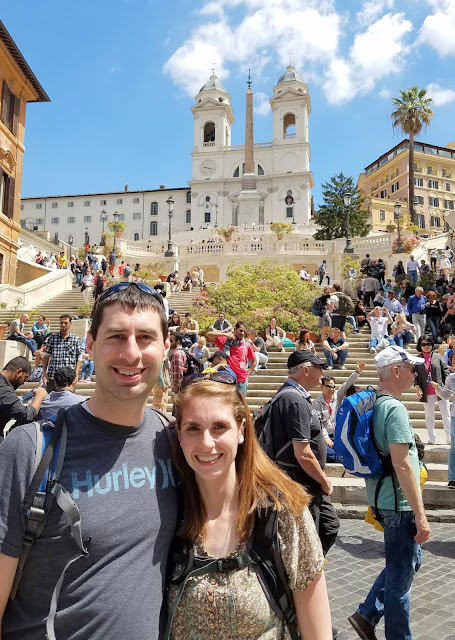 We had a quick stop at the Piazza Navona, which used to be flooded for mock naval battles hundreds of years ago. We walked around and admired the center fountain, which was designed by Bernini and also the fountain in the Angels & Demon film where they try to drown one of the four Preferiti. 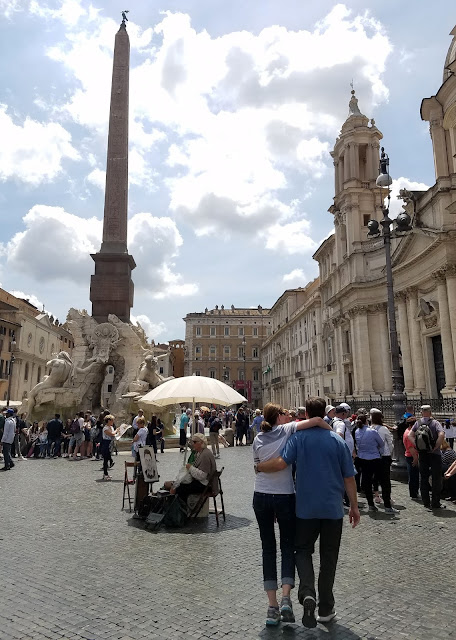 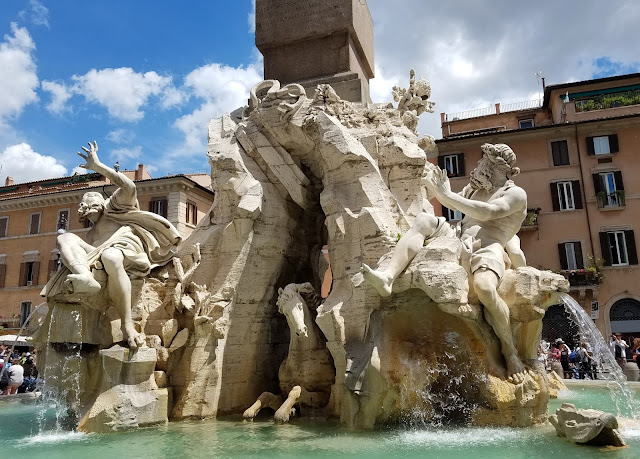 Our final stop was a guided tour of the Vatican Museum followed by a walk through St. Peter's Bascilica. Sadly pictures of the Sistine Chapel are not allowed, but it was, of course, incredible! St. Peter's is absolutely enormous (largest Christian church in the word) and every surface, including the floors and ceilings, are elaborately decorated. It's definitely an amazing site. 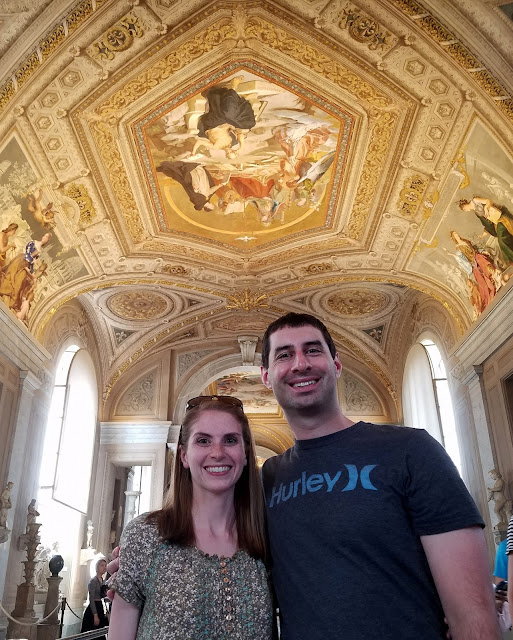 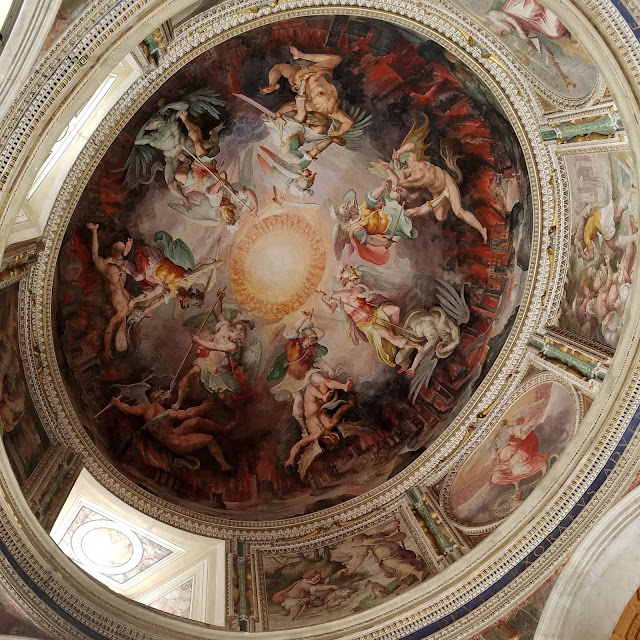 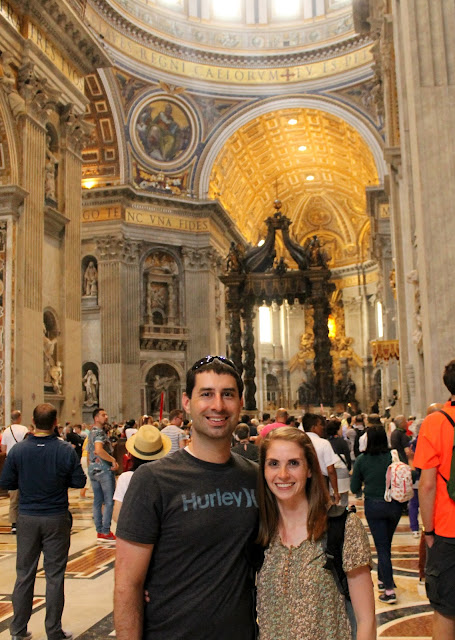 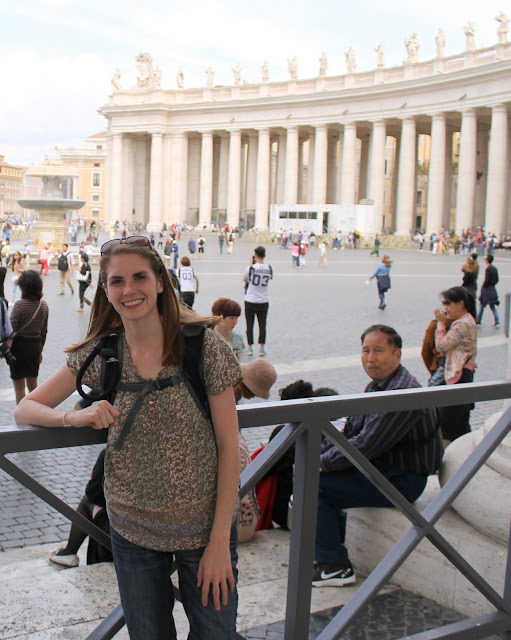 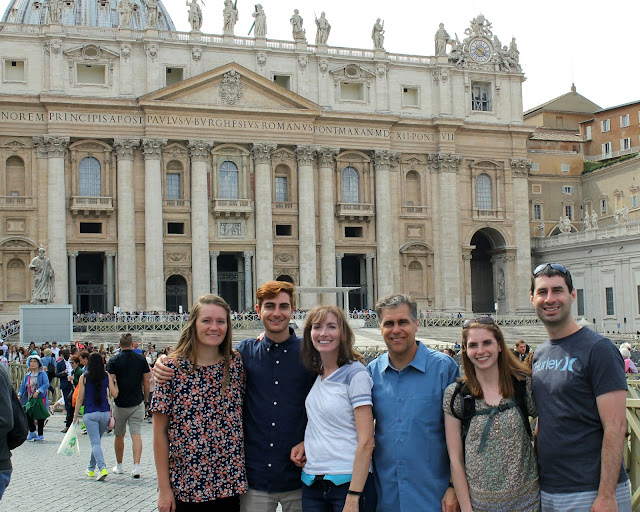 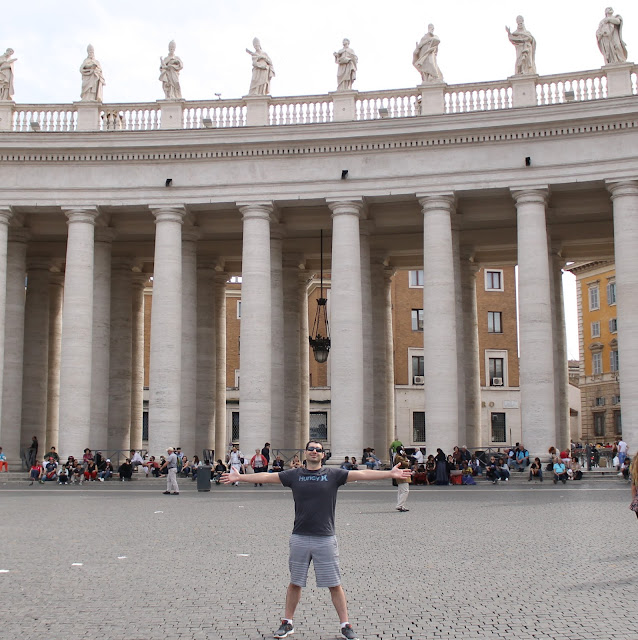