Our first day was at sea and I was glad to have a laid back day to recover from our jet lag. It always takes me awhile stop feeling like a zombie, but the ship had lots of fun activities and endless great food to help with that :) It was also nice to have a day to get a feel for the Epic and map out what activities we wanted to do during our week aboard.

Some of the highlights were an Escape Room type event (that our team won!), a comedy/magician routine, a bowling alley, and a climbing wall. Sadly they didn't have a mini golf course, but most days were too exhausted from our port stops to need more entertainment. Several nights we even skipped the shows to play games and then go to bed to rest up for the next adventure.


There were two "formal" nights that we dressed up for. Sadly this picture brings back some sad memories... Right behind the white background is an escalator. One night an older women was dining alone near our table. She ordered her dessert to go and then on her way back to the cabin, fell on the escalator. I was using the restroom and heard the crash and when I came out she was laying on the stairs going up and the dessert was scattered everywhere. Two crew members quickly attended to her, but I didn't see the rest so I hope she was ok. 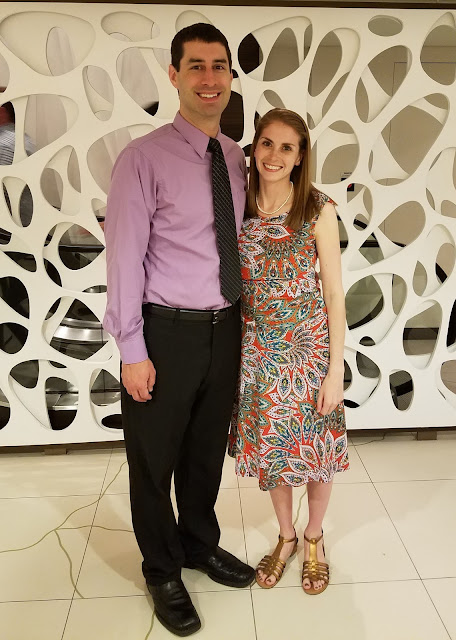 My favorite meal of the week was the prime rib dinner. I was really glad they offered twice during the cruise! And you'll notice there are 9 plates here for 6 people. The boys always ordered two, sometimes three, entrees because there were so many good options. 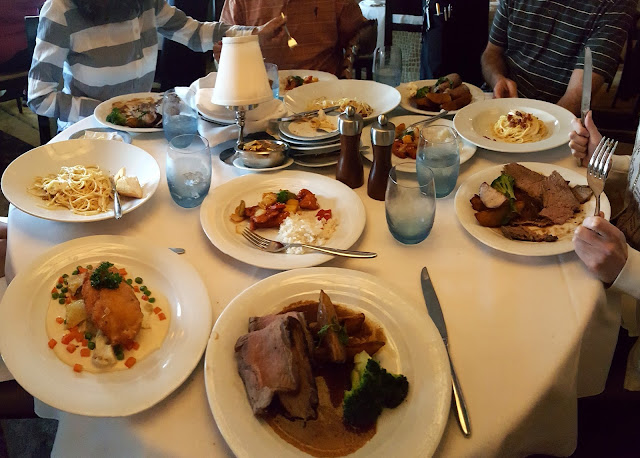 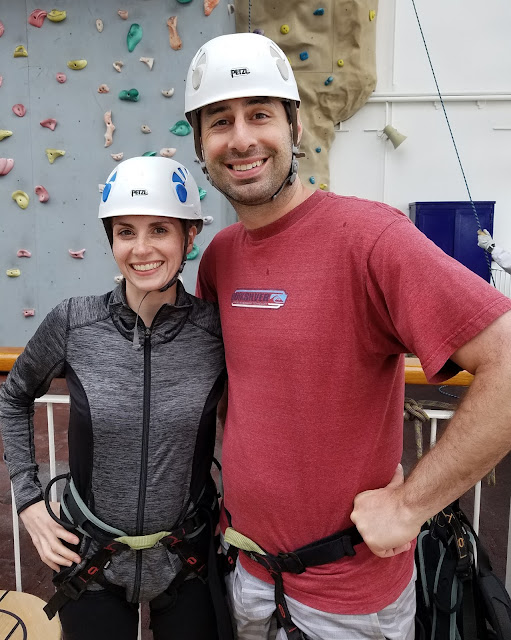 The "medium" route was surprisingly difficult, but I was proud of myself for making it over the past-vertical ledge! 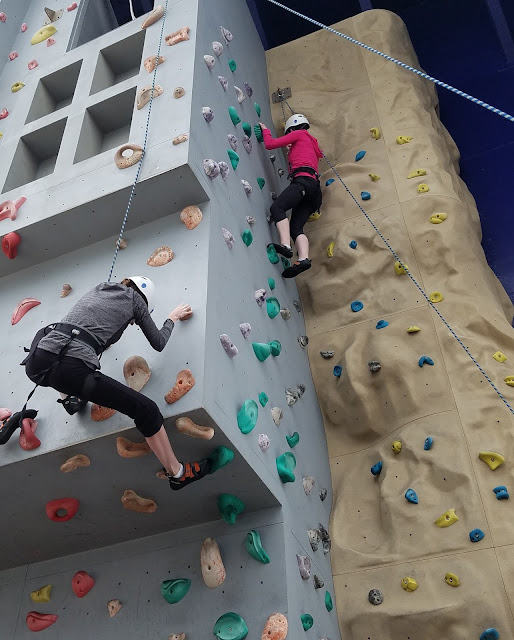 Bowling on a boat is a little harder than normal, but still fun. Neither of us broke 100. 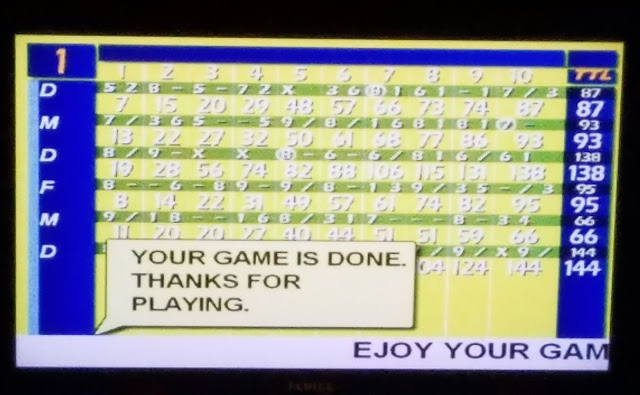 A gallery of the towel creations from the week. Not the most creative we had seen, but the little eyes were a nice touch! 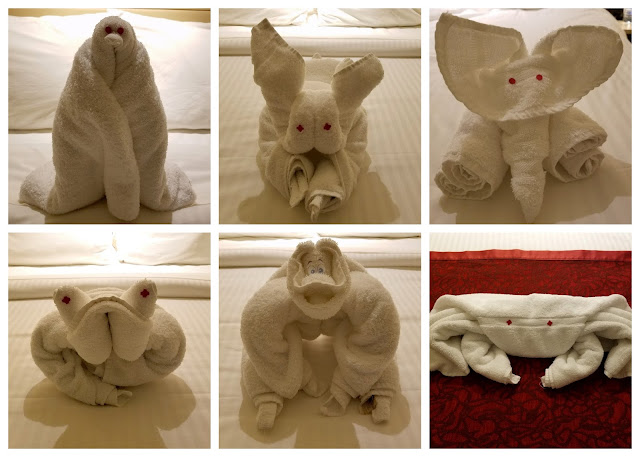