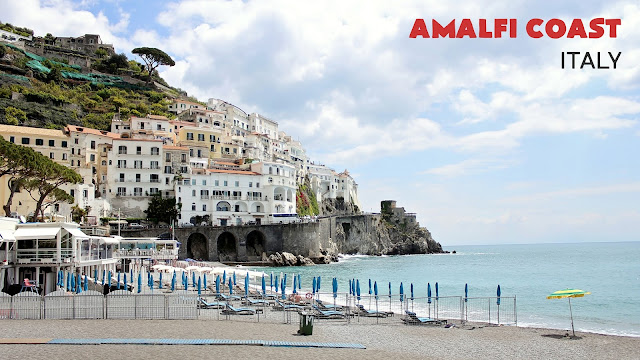 Our first port was the city of Naples. We had visited nearby Pompeii on a previous cruise, so this time we ventured further out. A driver in a hired van took us on an AMAZING trip up through the mountains and then around the peninsula along the coast. We made stops along the way in Ravello, Amalfi, Positano, and then Sorrento. It was a day of steep cliffs, stunning views, colorful towns, lemon EVERYTHING, and crazy traffic. The roads are all very narrow, and the drivers very aggressive. We almost had a head-on collision with a tour bus - YIKES!


We stopped for a picture with Mount Vesuvius in the background on our drive up into the mountains. 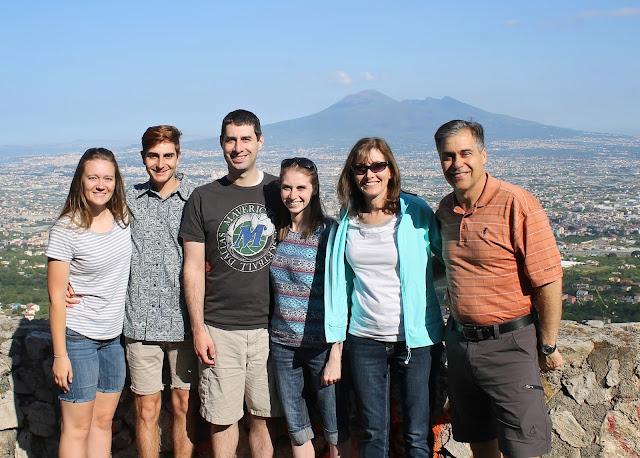 Ravello is situated high up on the cliffs, and we were lucky to be some of the first tourists of the day. It was really quiet when we arrived and most of the shops and common areas were completely empty. We walked around the town square and stepped into a few fancy hotels to take a glance at the beautiful views from their balconies. 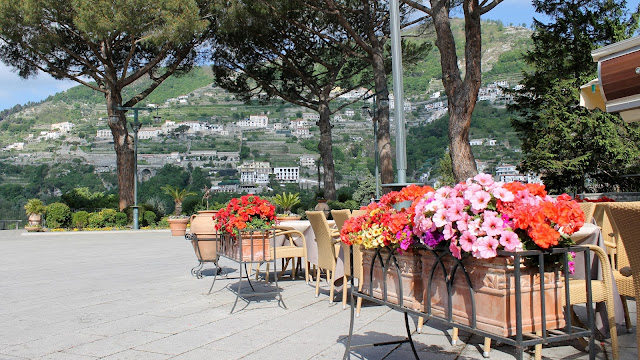 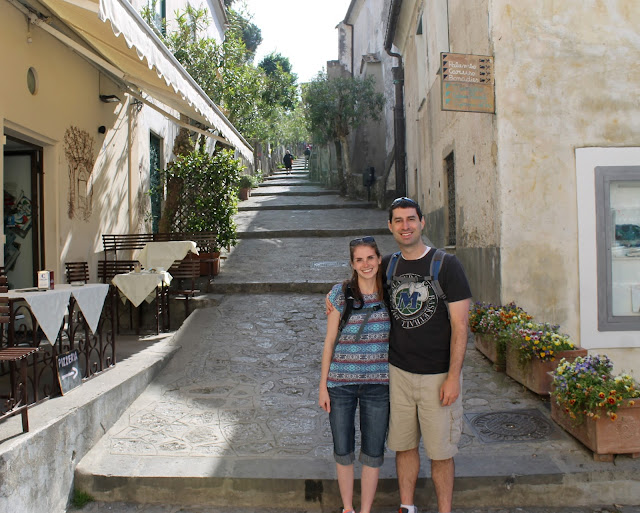 There are citrus fruits growing everywhere in this region. I sampled a kumquat from a bush that was still a little sour :) 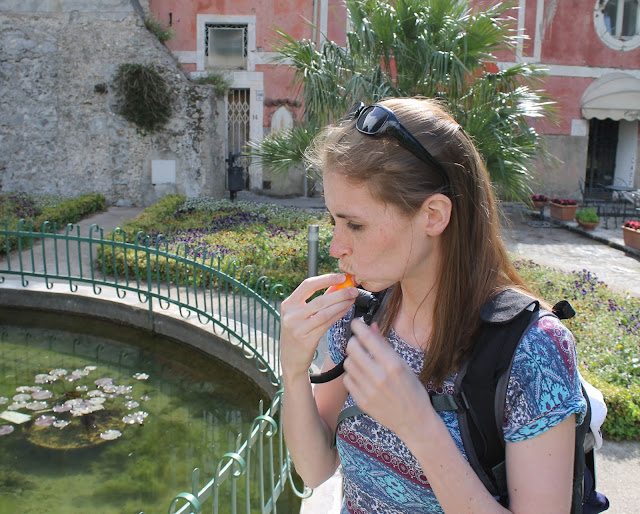 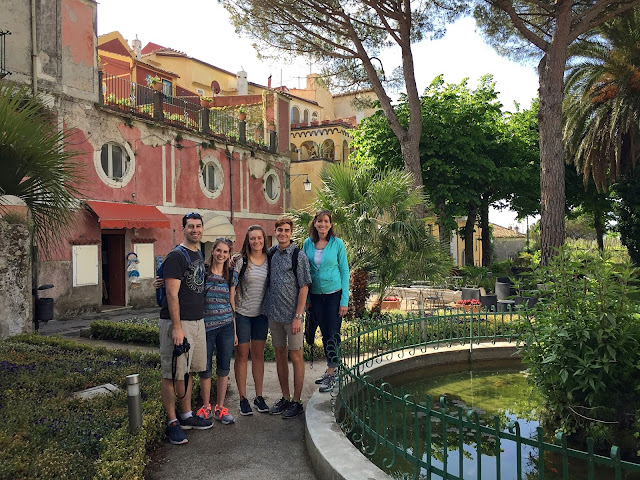 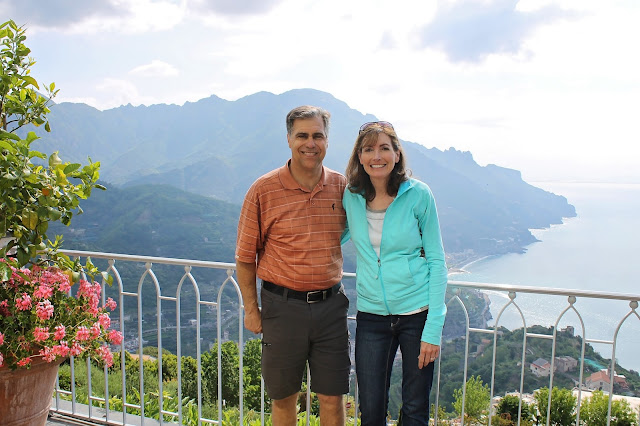 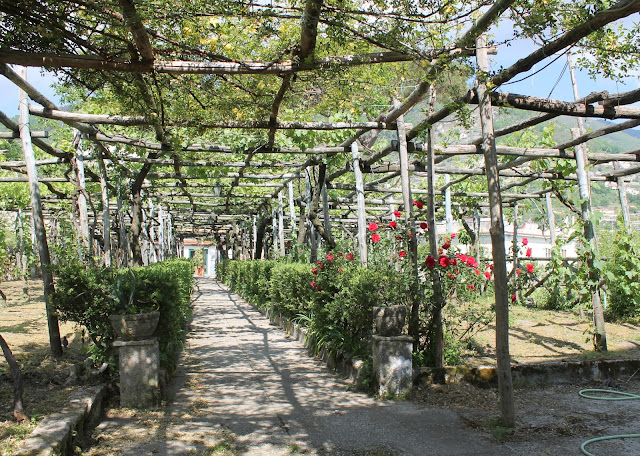 A drive from the cliffs back down to sea level brought us to the picturesque city of Amalfi. It's a popular tourist destination, and it's not hard to see why. Luckily we arrived before the crowds were too crazy. We walked out on the beach for some views, and then headed into the city to visit the 11th century Duomo. There was a huge school group there eating on the steps, but we made it inside before them and were able to enjoy some peace and quite. After the cathedral we walked up the main street through the town and popped in and out of several little shops. 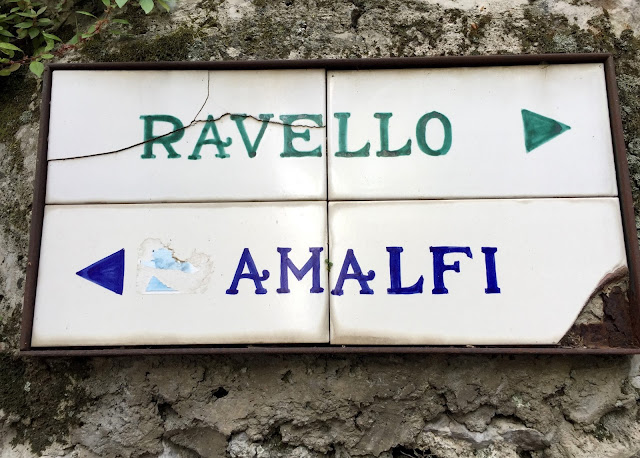 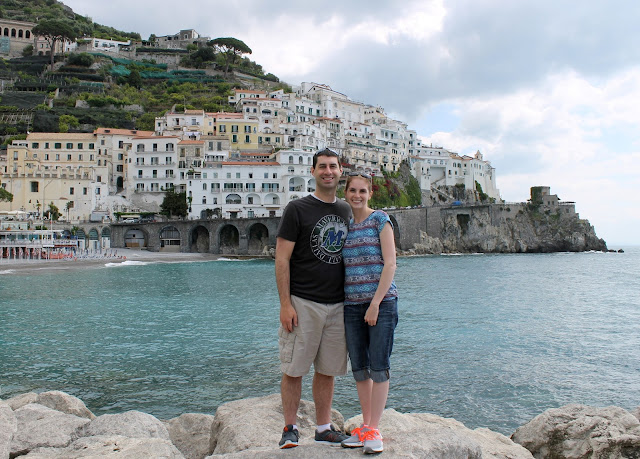 Look at all the beautiful striped marble! 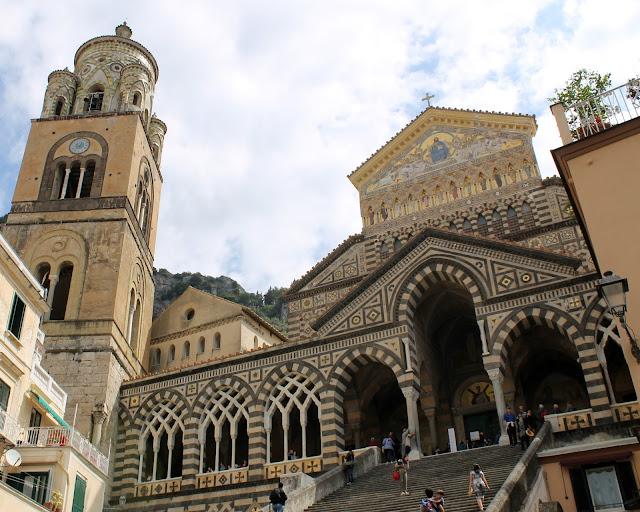 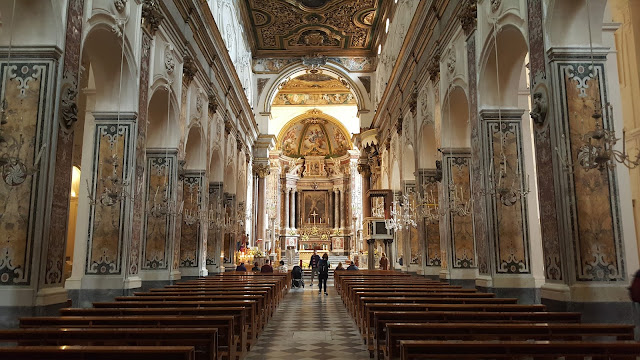 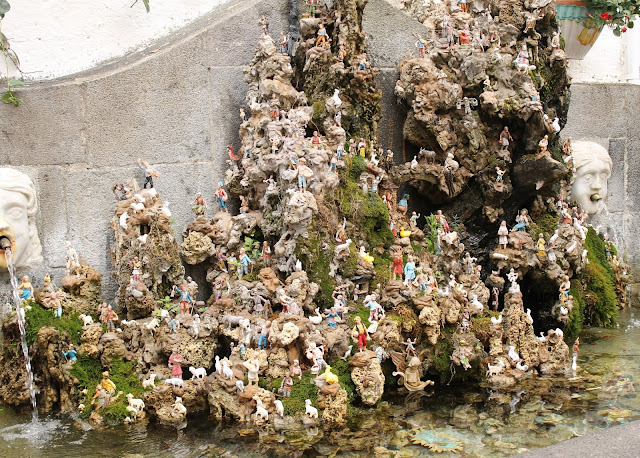 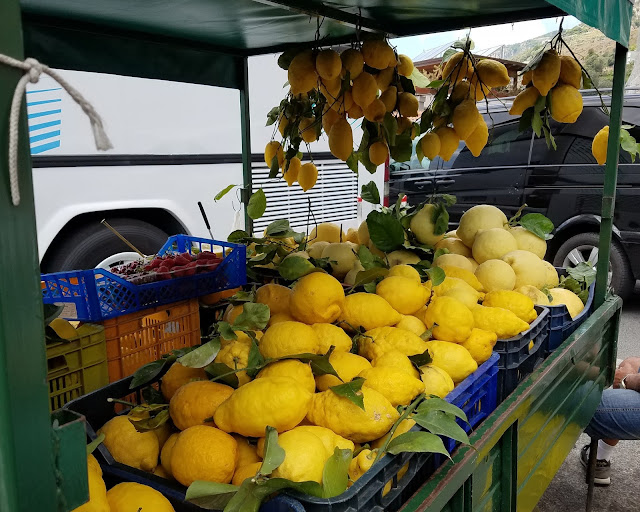 This one was almost as big as my face! 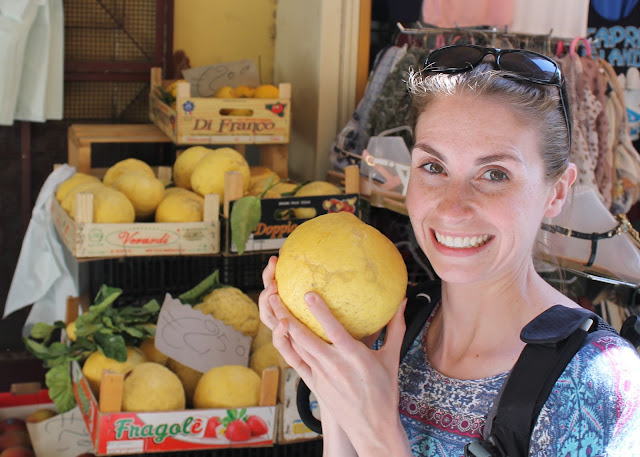 Our our way to Positano, we made a stop at a grotto. We took an elevator down from the cliffs and then boarded a little wooden rowboat operated by a captain who was either drunk, crazy, or both. He kept shouting out things like "Look at my invention! It's a miracle, United States!" The tour wasn't that memorable, but there were some cool cave formations, a sunken nativity scene, and a group from filming for an upcoming Disney Channel movie that had something to do with pirates. 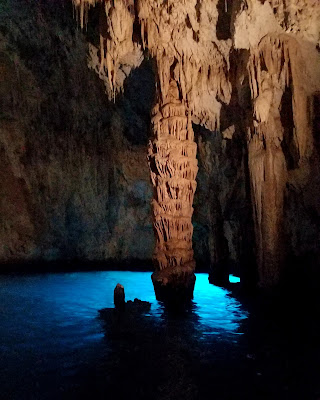 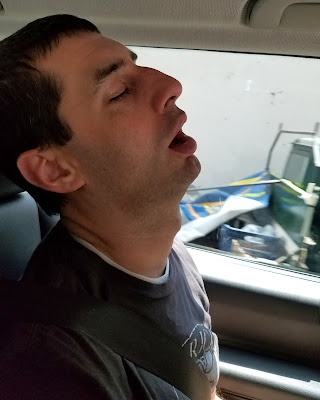 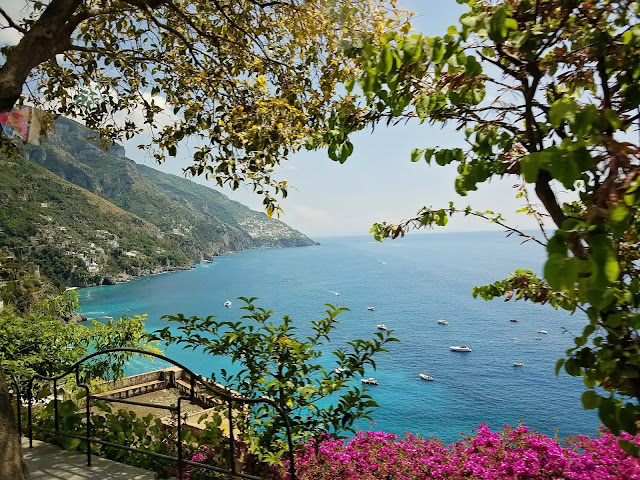 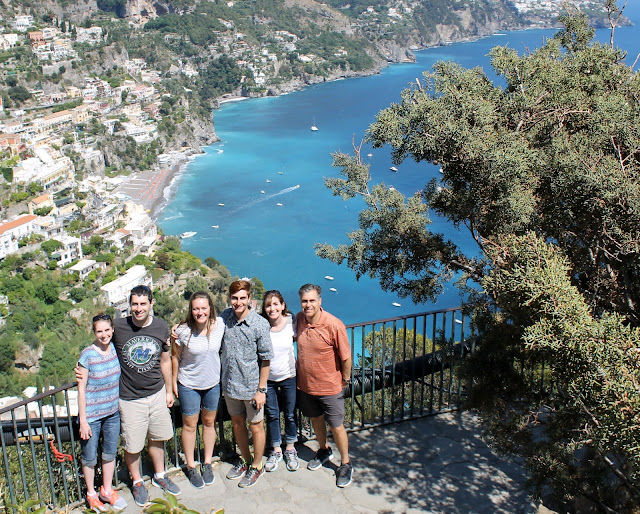 In Positano we made it our mission to seek out some gelato. I had seen several gelaterias throughout the day and was ready to have a treat of my own. We got a little cup of chocolate/vanilla and then took it down by the seashore to eat. It was so good! 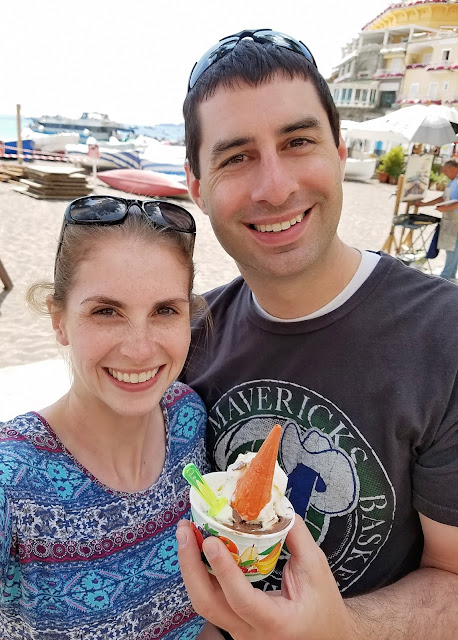 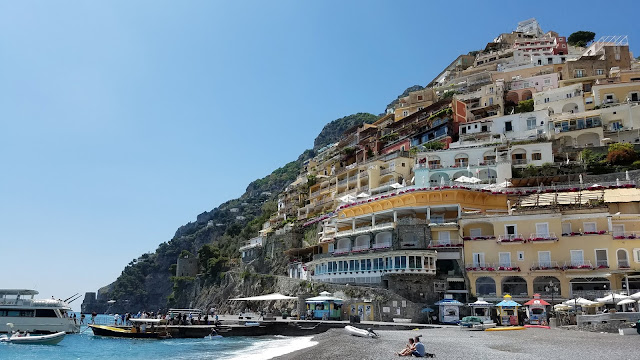 What a great first day in Italy!! 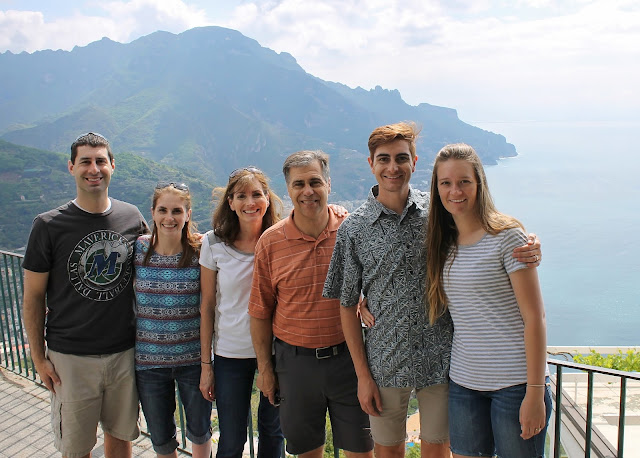