The last day of school for Noah Webster was also our departure day for California. It was also the day I woke up with pink eye - lovely. I can't believe I worked at a school for seven years without a case, and then caught it on the very last day. (I blame it on all the yearbook signing.) Dave had kept the kids with him instead of sending them to the babysitter, and then as soon as I got home we did some last minute packing and cleaning before hitting the road! 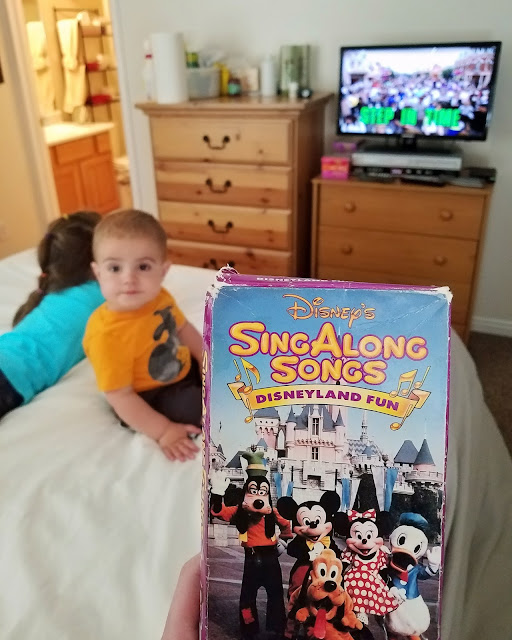 We drove as far as St. George on our first day and Davey cried almost the whole time. We thought it would be a good idea to change him from his baby seat to a regular car seat for the trip, but he didn't like it, resulting in a rough four hours. I was glad wee weren't traveling any further that day and my Grandma Mimi's little house sure was a welcome site.

We were able to rest up, regroup and the second day of driving did go better. We were able to get Davey more comfortable and he did like being able to watch the iPad with Sophie for part of the time. Luckily traffic was never too terrible and we made good time, arriving in San Diego at my Uncle's house in time for dinner. Derek and Faye flew in earlier that day and were there waiting for us. Sophie quickly got out all her toys to play with Faye, while Davey made it his business to find every breakable object in the house - such a fun age :) 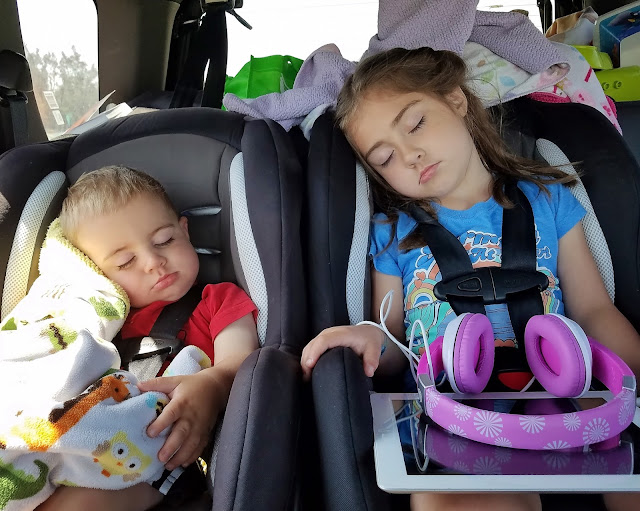 My Uncle lives right across the street from Balboa Park, so I took the kids on a walk after dinner while the others cleaned up. Sophie loved the huge trees and we even walked far enough to run into a play ground. The next day we went out walking again and took the kids down to the dog park. Davey is a huge dog lover and the park had a lot of furry friends that day since it was the weekend. 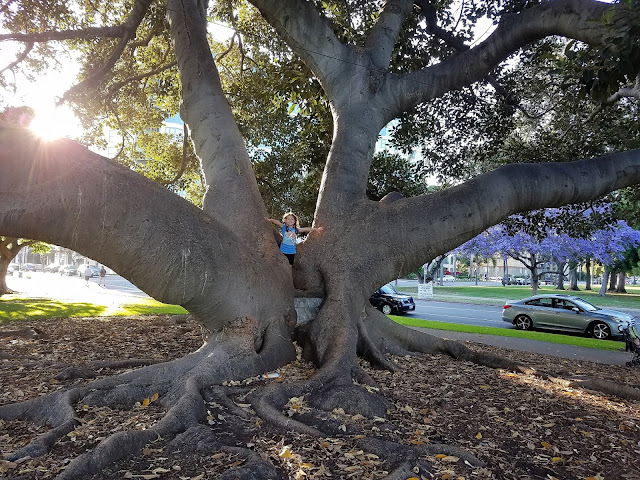 Our time in San Diego was limited, because our real destination was Disneyland up north, but we did make time for a day trip to Coronado beach on Sunday to spend some time in the sun and sand. This was Sophie's first time at a beach in over a year and she was THRILLED to be there. She ran right out and had a great time playing in the freezing water. Davey fearlessly ran out to the water with her, and then had a change of heart as soon as it touched him, and came crawling back for some lovin'. He spent the rest of the day rolling in, and eating, the sand. 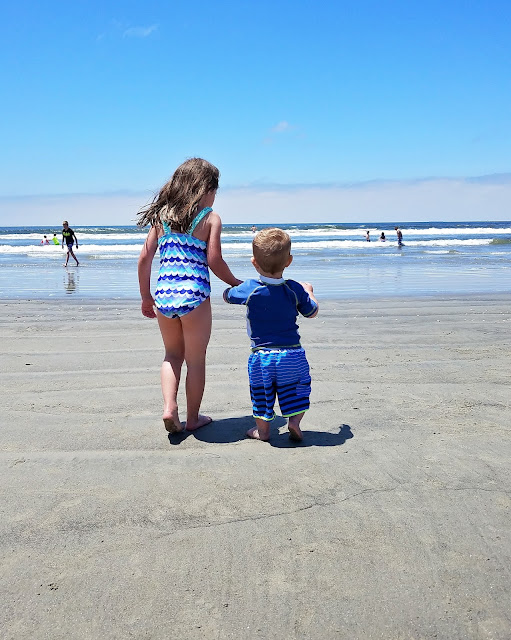 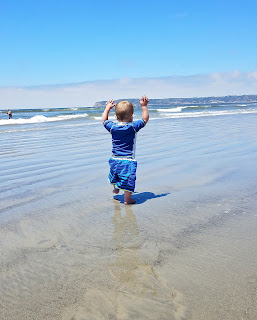 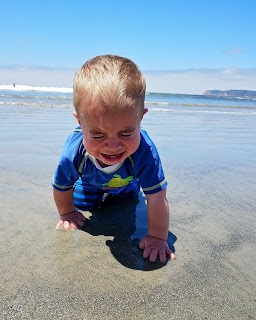 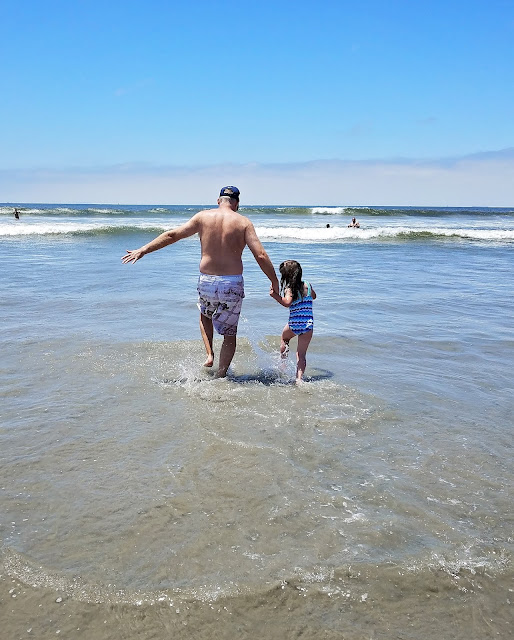 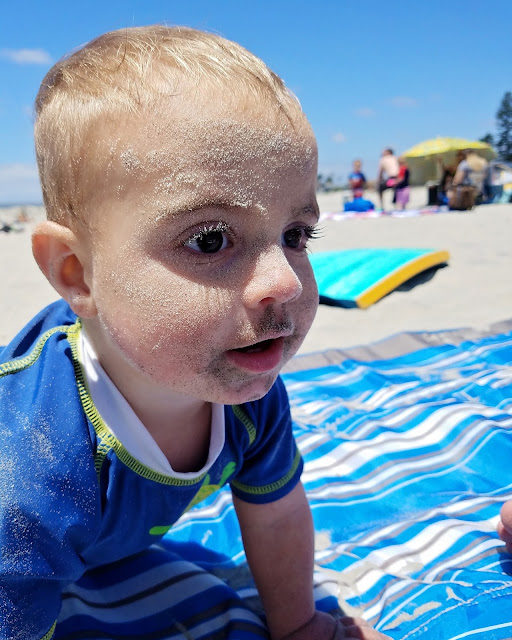 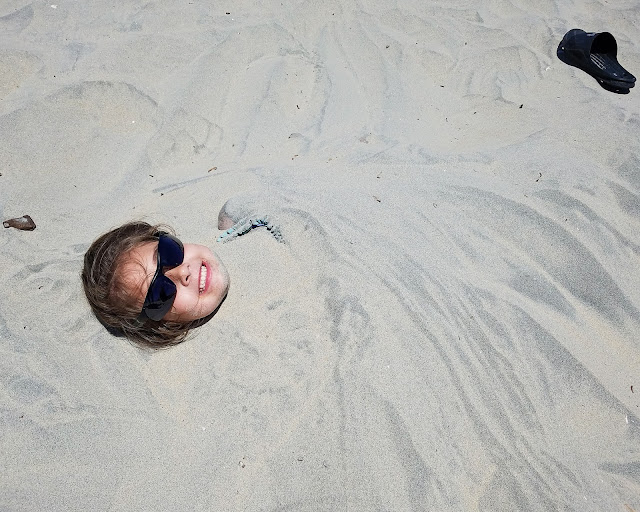 Davey checking out the ladies 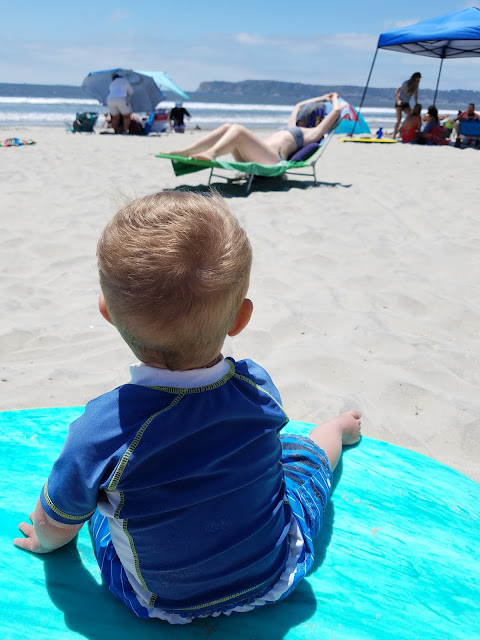 Monday was Memorial Day, so we intentionally didn't plan any big activities and used it to travel up to the Newport condo where we would stay for the rest of our trip. On the way our car made a stop at "The Cube" discovery museum to give the kids a break from the car, and give the other adults a break from the kids :)

We got free admission, thanks to our Thanksgiving Point membership, which made it even better. There was a special Doc McStuffins exhibit there, and while it's one of the few Disney Jr. shows I don't like, Sophie had a great time pretending to be a doctor for the day. There was also a little shopping area with real barcode scanners that that were finicky, but fun to use. 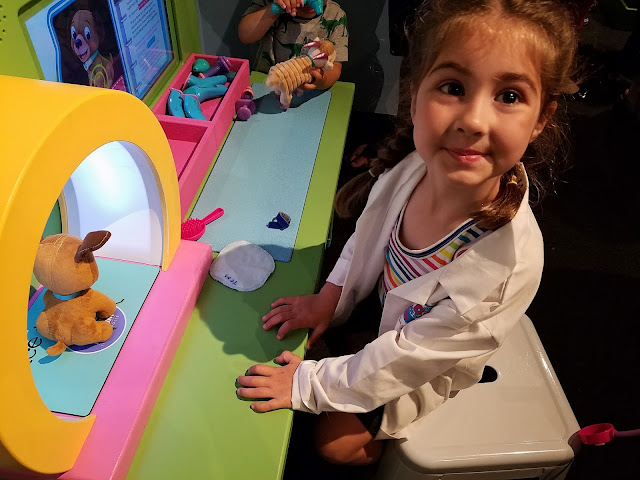 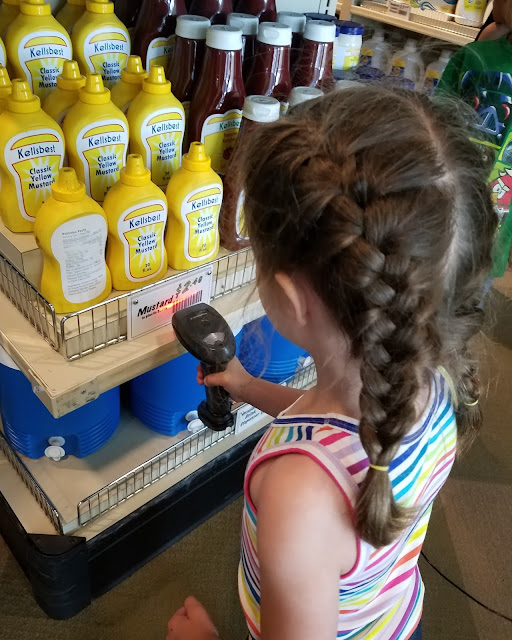