Our first park was California Adventure! My Uncle Brent joined us, while Derek and Faye stayed back in Newport for some beach time. The park opened at 8 am, so we had to get an early start and the kids were a little groggy, but perked up pretty quick once we got there. This park seems to get better with every visit and we were glad that there were no ride closures this time!


Starting off at Toy Story Midway Mania. There were no lines so we were able to do this popular ride a couple times back-to-back. 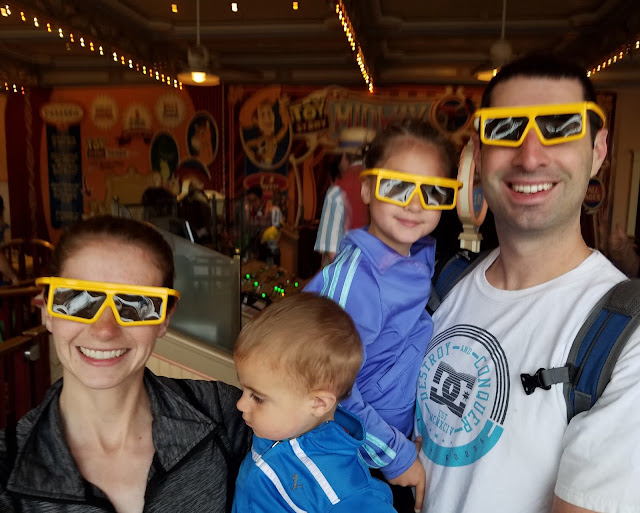 I rode the carousel with the kids while Dave and Brent went on California Screamer. Sophie is really looking forward to the day when she will be big enough to ride the big coasters too! 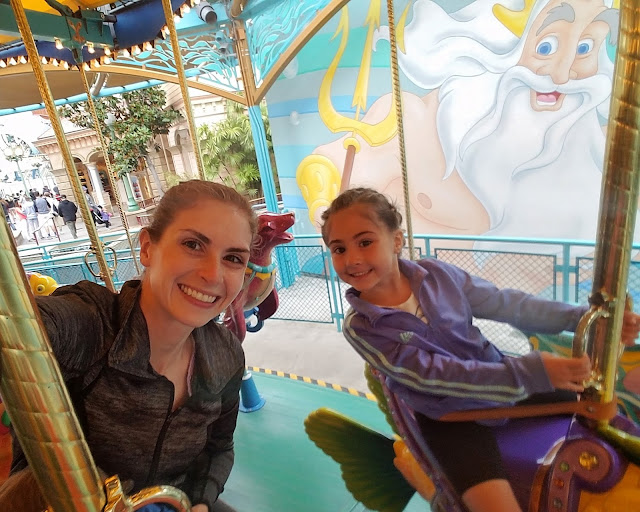 Next up was Cars land. Radiator Springs is prone to breaking down so we were glad to ride it early before it had any problems. It was one of Sophie's favorites, even though our car lost the race both times. 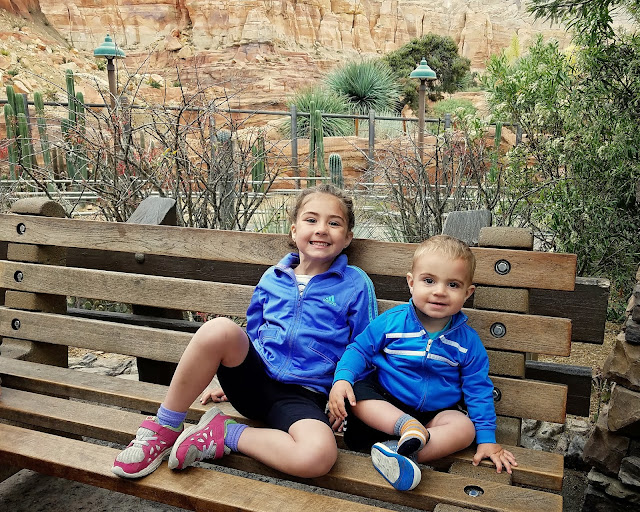 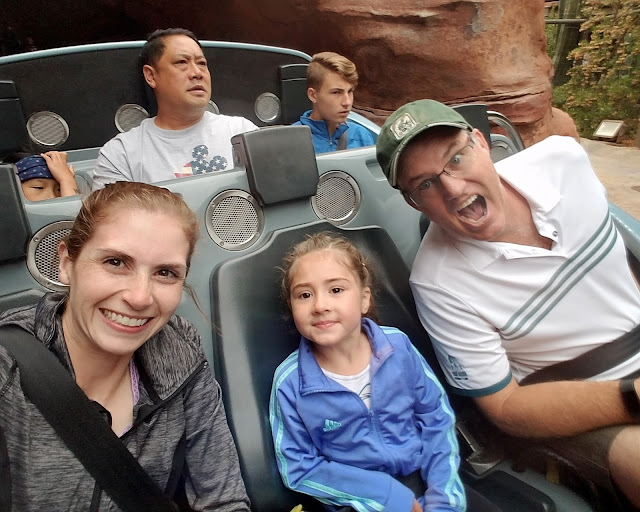 After a few more Cars rides (that Davey was sadly to little to go on), we went over to the Bug's Life area, which was perfect for our kids. Davey wasn't too thrilled to be left off bumper cars, but he was able to ride everything else. 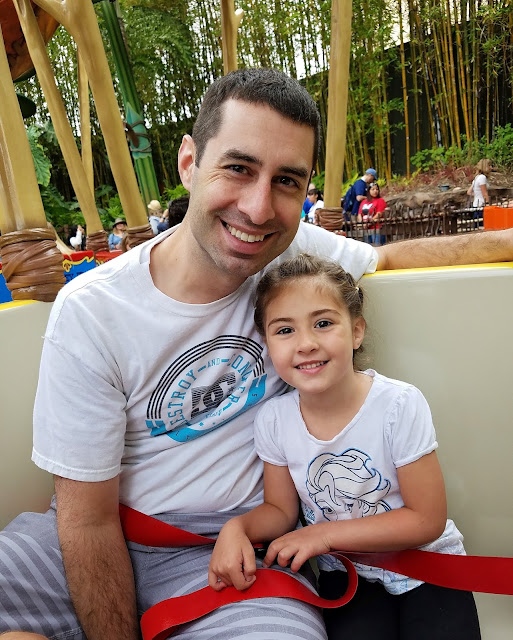 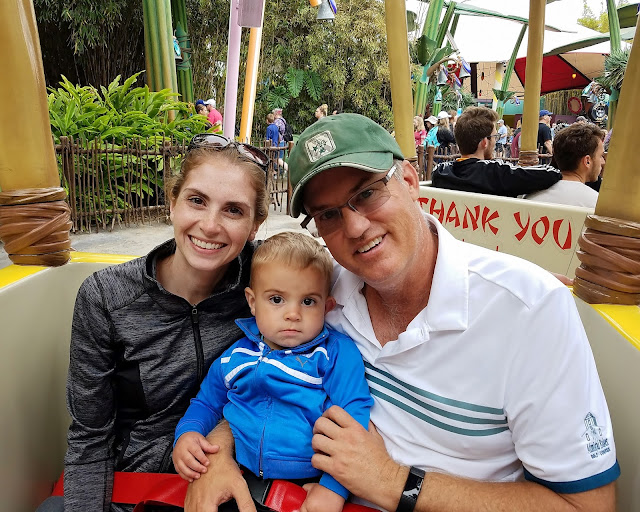 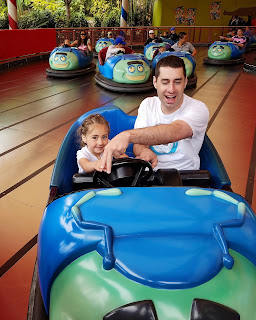 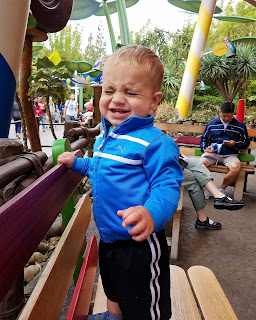 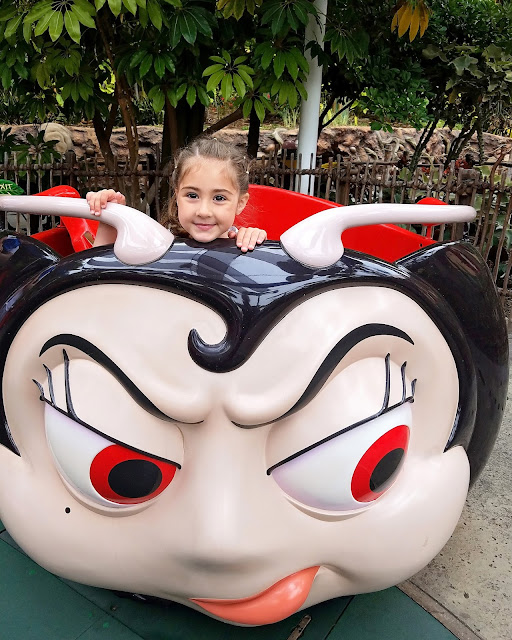 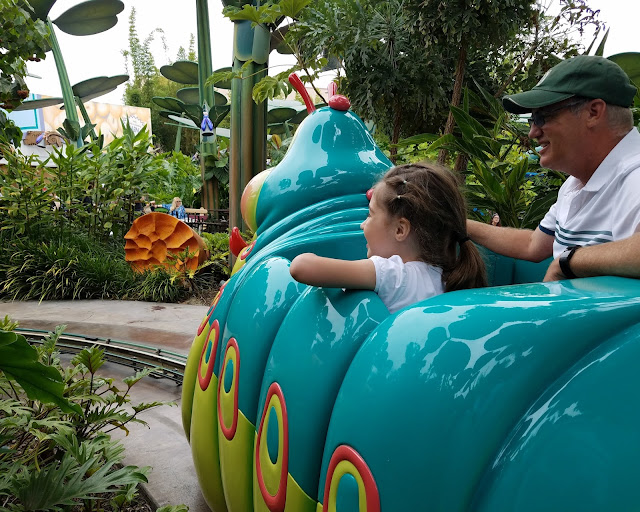 We took a break half way through the day for the Frozen show. Sophie begged for a treat and Uncle Brent was nice enough to get her some popcorn - it pretty much made her day! 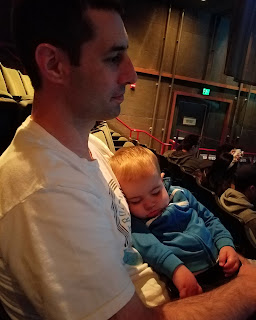 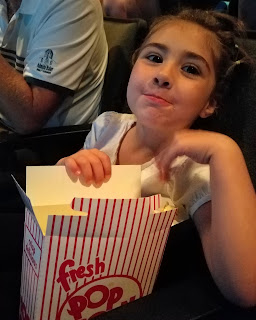 Monster's to the Rescue! 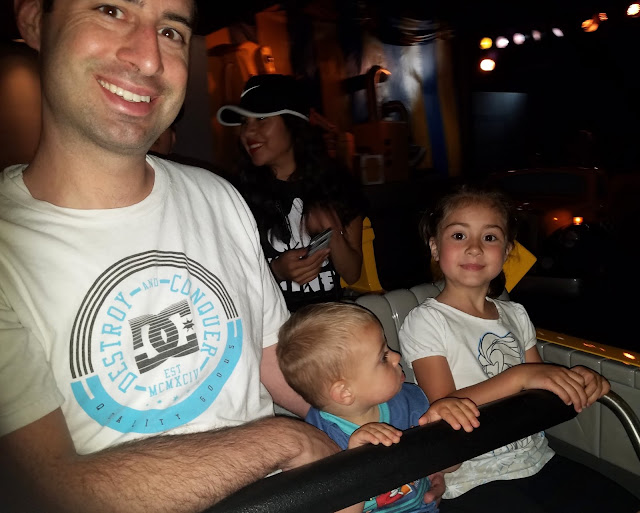 After Soarin', it was warm enough to take a ride the Grizzly Peak rafts. I hung out with Davey in the shade for the first run, and then joined Sophie and Brent for the second run. 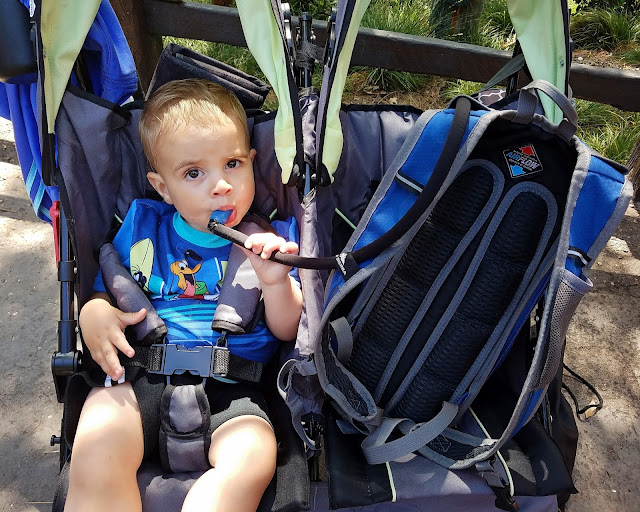 Sophie was just a couple inches over the height limit for all the big rides (except Screamer) and it was really fun to watch her try them all for the first time. She was often the youngest one there. Her bravest moment came when she agreed to ride the new Guardians of the Galaxy ride not once, but twice! 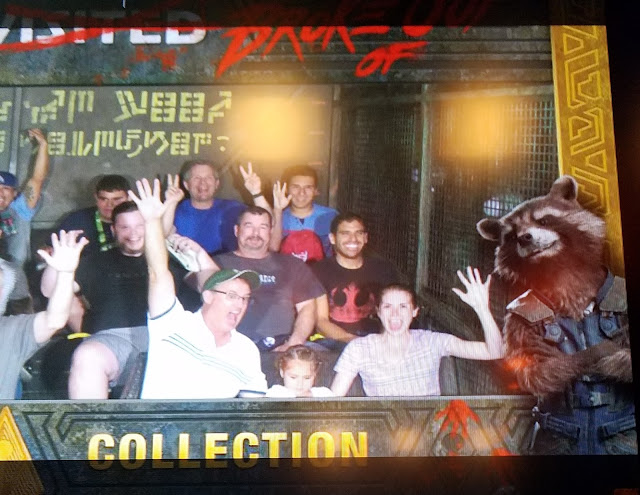 Flying on the Silly Swings 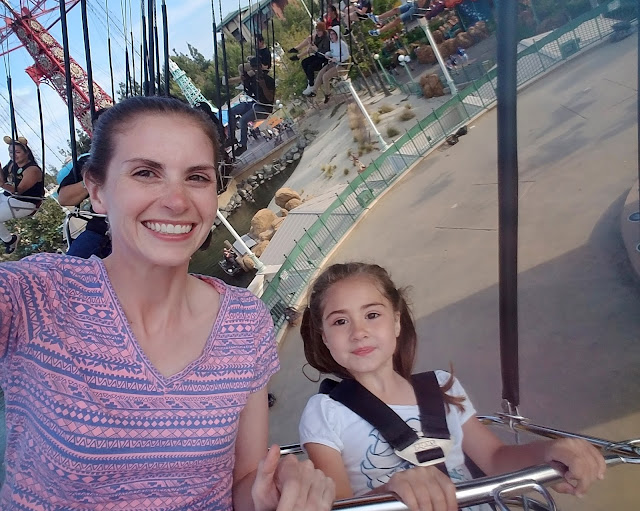 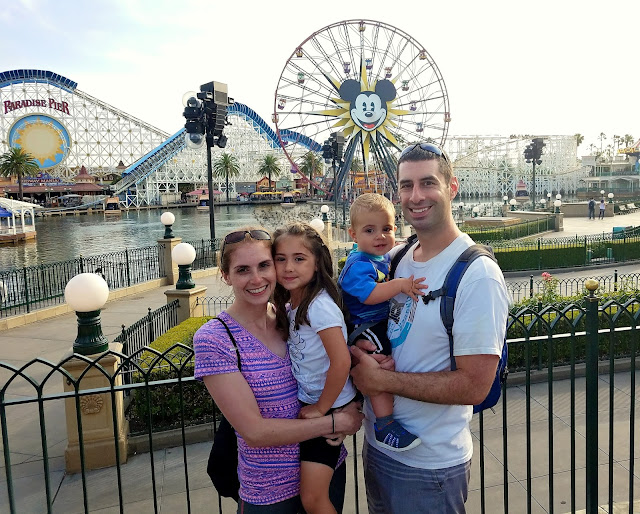 Staking our our spot for the Pixar parade, while Sophie went on one last ride 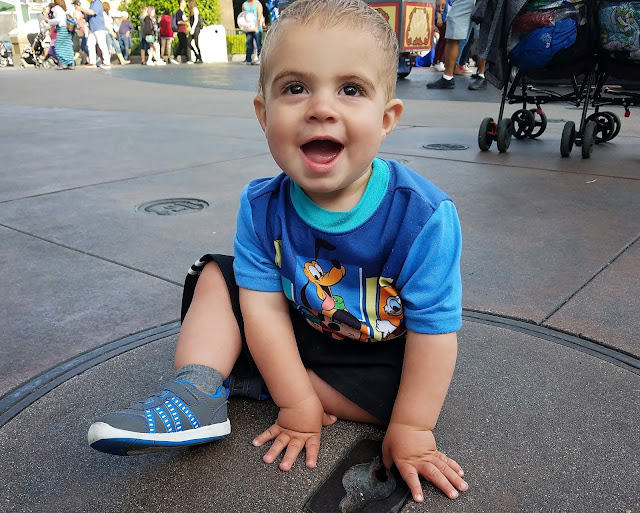 Finally meeting Mickey! Last time we were here, Sophie was not quite two and Mickey had to leave before it was our turn to see him. She was devastated, but this time it worked out. 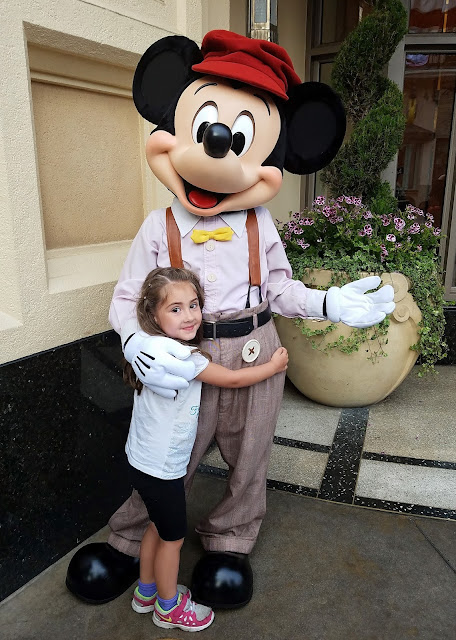