The first week of April was Spring Break for my school! We are going to be traveling most of the summer, and had no plans to venture anywhere for this break. It was nice to just push registration and enrollment to the side for a time and have nothing else to do but spend time with the kids, a little preview of what life will be like in a few months after we move and I'm done working.

MONDAY: We were home most of the day. The kids played outside in the morning while I did some much needed cleaning in the house. Sophie had a birthday party for a friend from church later that afternoon. It was "Trolls" themed and she ate lots of candy, rainbow cake, and had a fabulous time. I was glad the party was during my week off so she could attend. 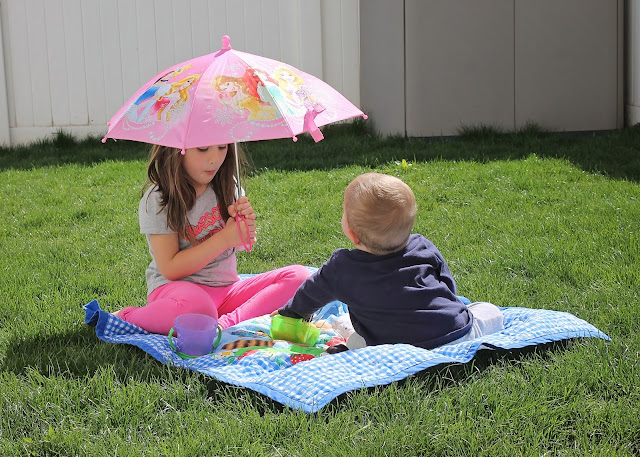 TUESDAY: I had promised Sophie a trip to Jungle Jim's during my break, and this was probably the highlight of her week. The place was a zoo and really hard to navigate with the stroller, but we still never had to wait more than one cycle for any of the rides. A co-worker also came up with her kids and it was fun to see them and hang out for a bit. Soph took several turns on the roller coaster, and Davey even joined her on a few rides! 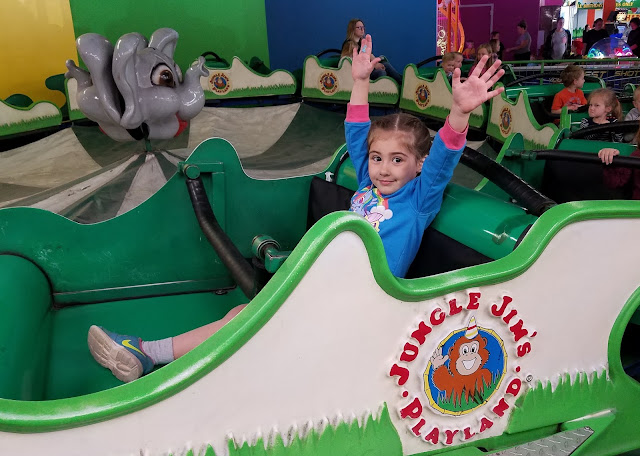 I pulled their seat belt so tight, and he still almost managed to escape. I was definitely the first parent through the gate when the ride stopped to snatch him out of the rocket before he climbed out on his own. 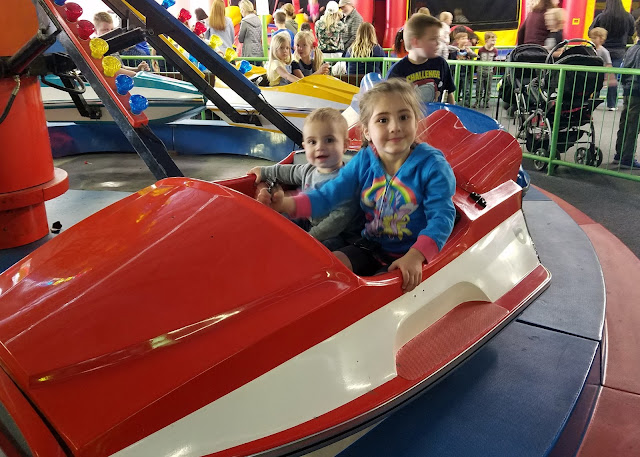 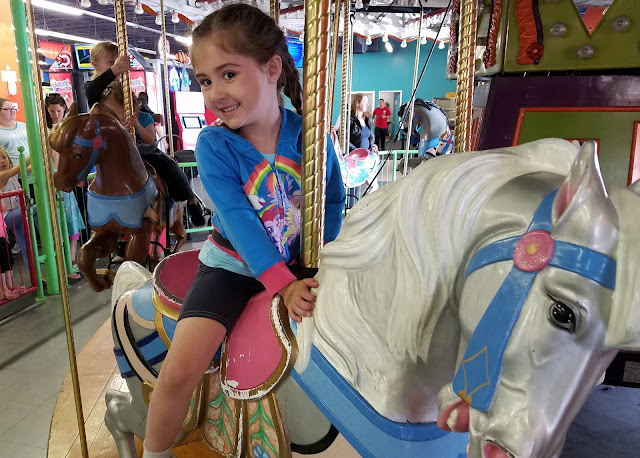 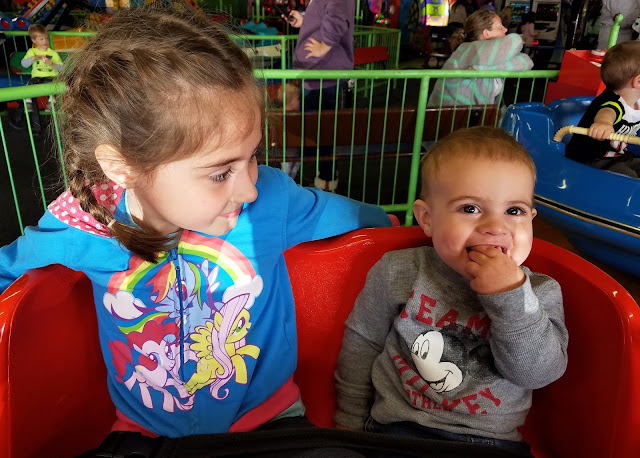 While we were having a party at Jungle Jim's, Dave defended his dissertation and passed! HOORAY!! This was the final step of the very long journey we've been on. Now we just need to wait for graduation in a couple weeks to make it official. 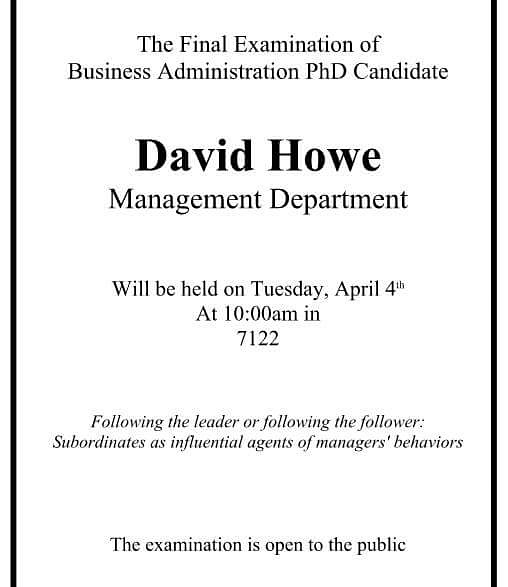 WEDNESDAY: To celebrate Dave's successful defense, we left the kids with a sitter and had a ski day up at Snowbird! It was strange to think this might be our last time here since we'll be moving in just a few months. Pregnancies and babies have really limited my time on the mountain, but we used to come up all the time and have so many good memories skiing here together. 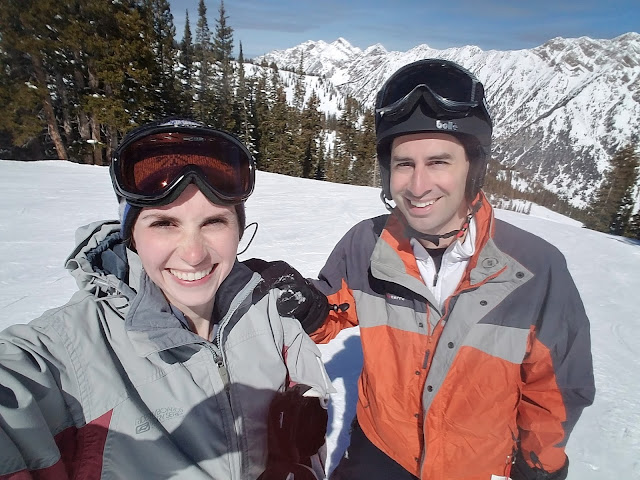 Dave took carved really sharp to get some good spray for the camera, but it was a little too much and wiped out shortly after this shot :)

Enjoying the groomers on a nice spring ski day 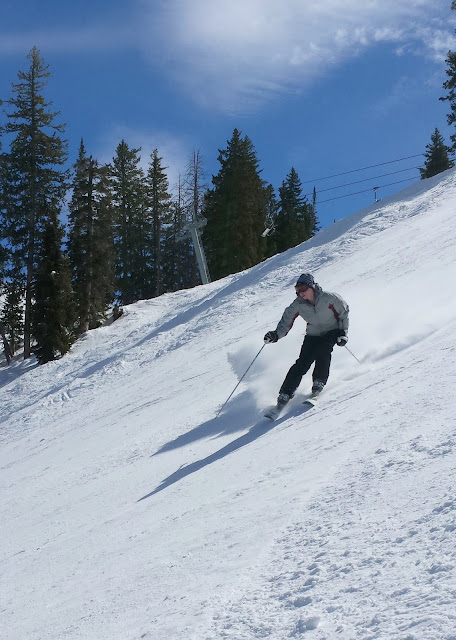 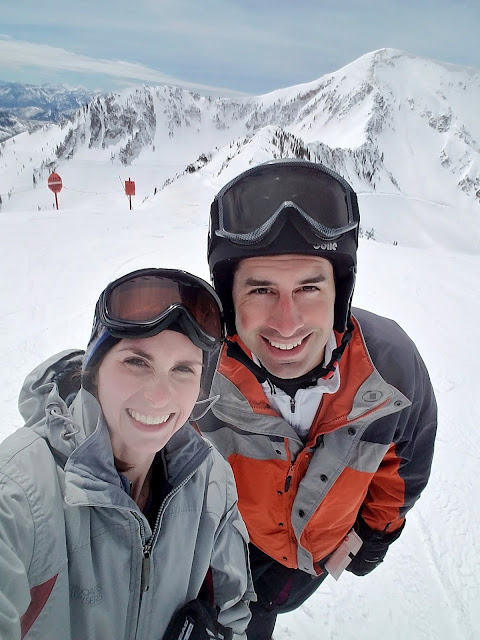 THURSDAY: Davey took a really long morning nap, so we just hung out at home for first part of the day. After he woke up we ran to Costco for a few things (and some samples) and then wandered over to library story time. There were only 2 other kids there instead of the normal 30, which was both strange and a little nice. Sophie really enjoyed getting to answer every question and being selected as the "helper" for all the activities. After Dave returned home we had dinner and then walked over to Cranberry Park to enjoy the outdoors, since rain was in the forecast for the weekend. The kids had a great time on the swings and playing in the sand, definitely getting a sandbox once we have our own place). 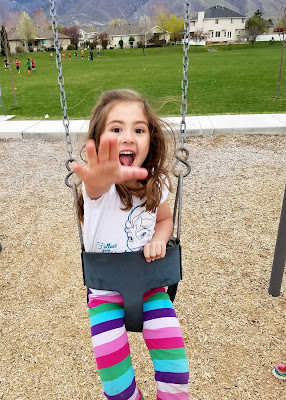 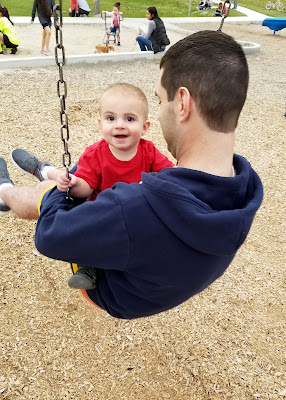 Daddy assisting with a minor "sand in the eye" incident 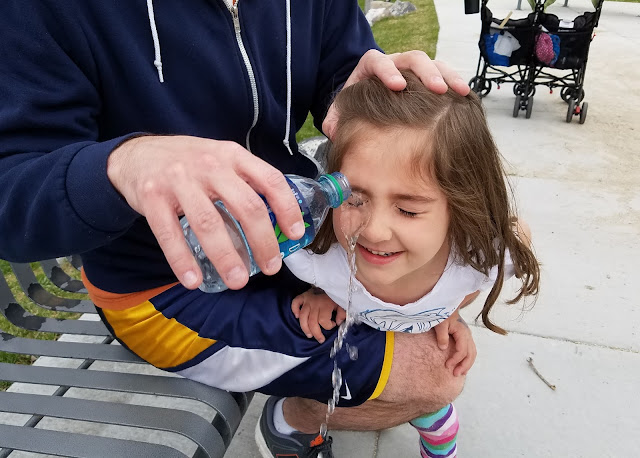 FRIDAY: This morning we set out for our weekly grocery run. We normally go on Saturday because of work and I love it whenever I can make a weekday trip instead. The store was pretty much empty, which was good, because Davey was working on his banshee calls and was making sure we knew he didn't feel like riding in a shopping cart at the moment. After naps we braved a trip to the aquarium. I knew it would be crazy because of Spring Break, but our membership will be up at the end of the month, so we are trying to visit as much as we can. We have loved being so close for the last few years and will really miss our weekly trips here :( 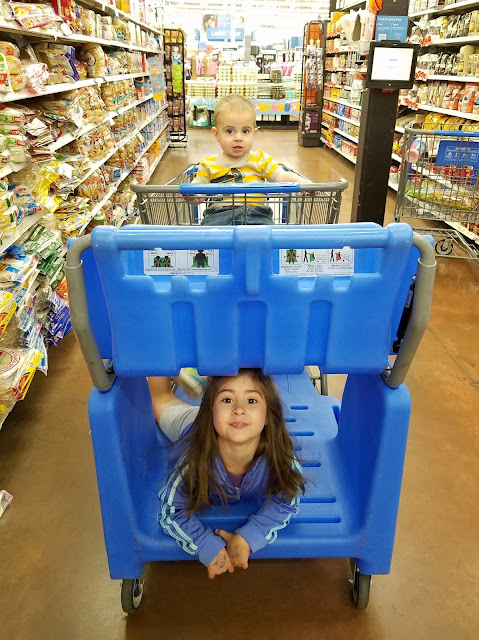 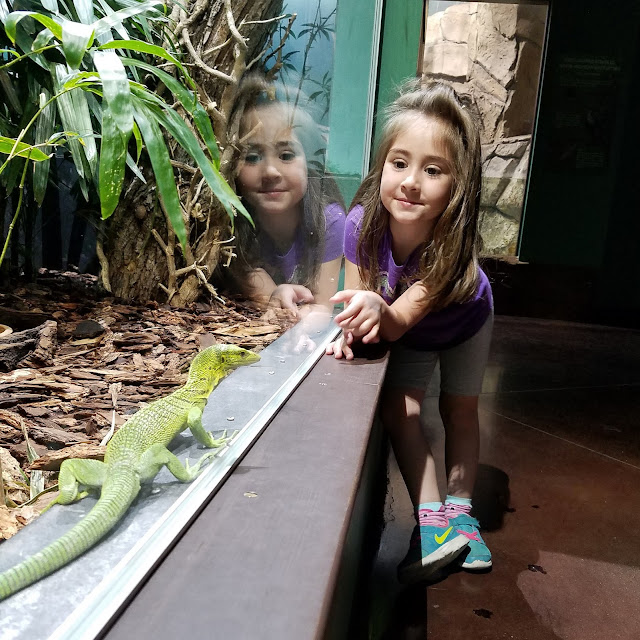 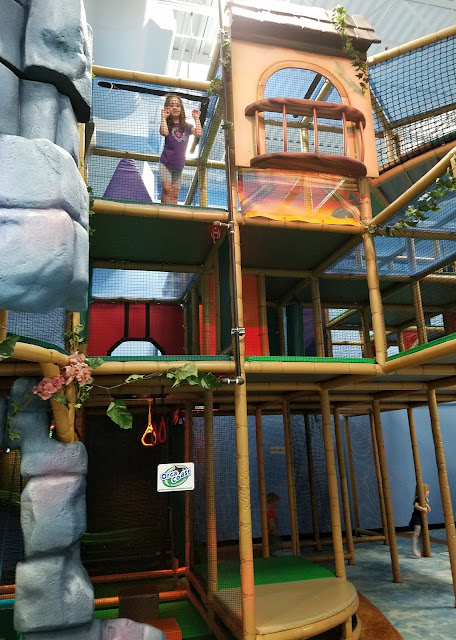 SATURDAY: Dave watched the kids in the morning while I went down to Provo for the last student "Gifts of the Heart" exchange. It was smaller than some of the previous exchanges, but I was still able to get a few good things for the kids and I think they are now set for summer. Later I took Sophie to see Beauty and the Beast at the theater near our house. I think she was more focused on the snacks than the movie, but she was happy and that's all that matters. I also had a good time, although I couldn't help but make comparisons and some things just can't live up to the original...

Davey peeling an orange in one of his new shirts 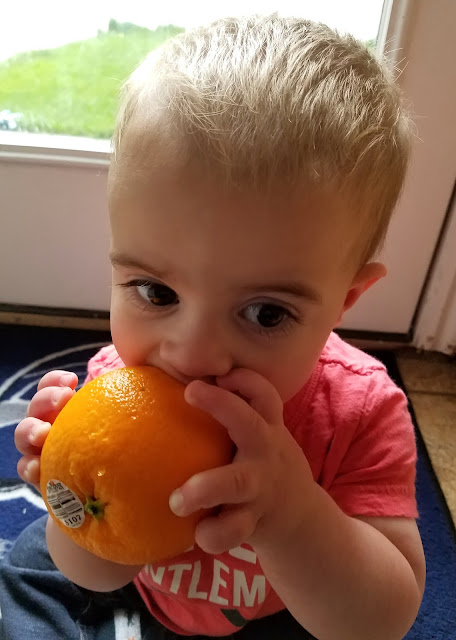 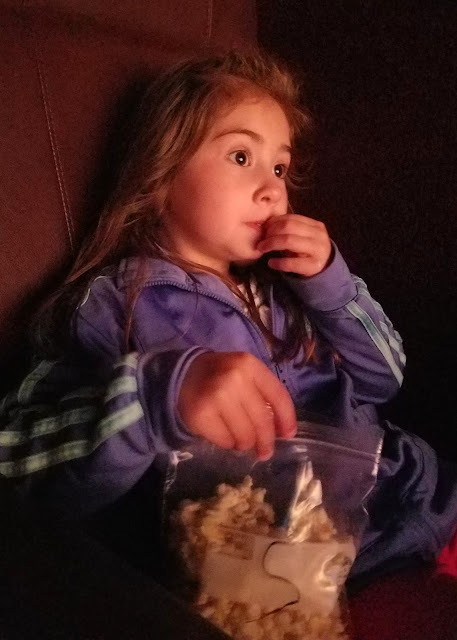 SUNDAY: We were surprised to wake up to snow! I knew there was snow in the forecast, but it rained so heavily the day before that I thought it would be too wet for anything to stick. There were probably a couple inches on the ground and Sophie desperately wanted to play outside, so we let her. We might not see much snow on a regular basis once we move and so I wanted her to enjoy this opportunity. She tromped around with her shovel for awhile, and then I joined her to make a snowman. Davey still has no love for snow and was happy to watch from the doorway. 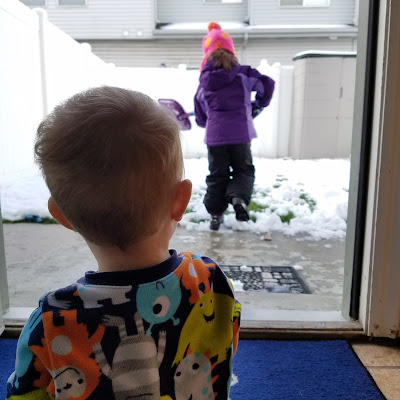 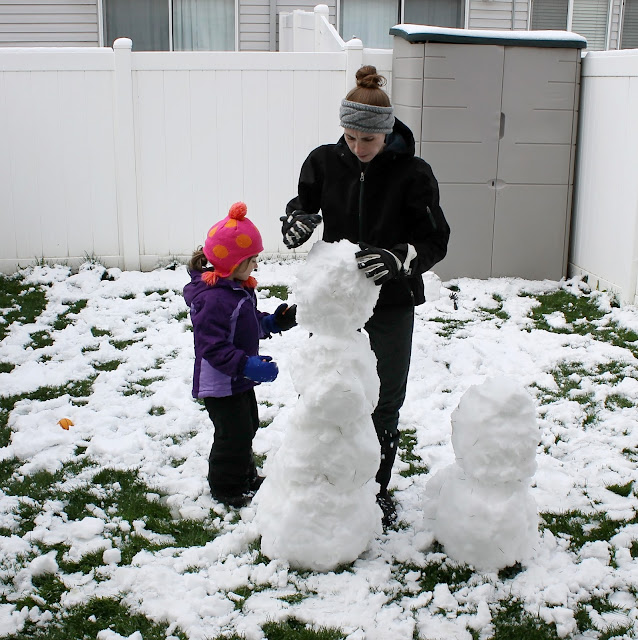 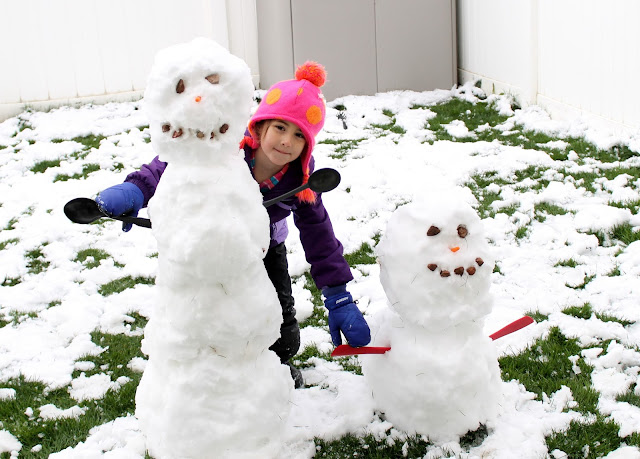