Davey is one! It's been a great year and I'm both a little sad, and relieved, to be writing his last monthly update. I never want to miss recording these little moments in time, and for some reason I feel stressed until I get it everything written. With Sophie I've learned how quickly time passes and I just want to make sure I don't forget anything about Davey at this age.

Right now he is an absolute joy. Not all his moments are golden, but for the most part he is the happiest little guy. Just say his name and he'll give you one of his big, cheesy smiles. He loves to be held, snuggled, tickled, and kissed. He often bursts into tears the second I put him down, and yet other times I can barely hold him because he's desperately trying to fling himself out of my arms so he can go exploring. He's still a momma's boy, but lately some of his favorites are sitting on Dave's lap in the mornings, and playing with Sophie. She's been really sweet with him (if we don't count door finger smashing incident) and he just adores her. 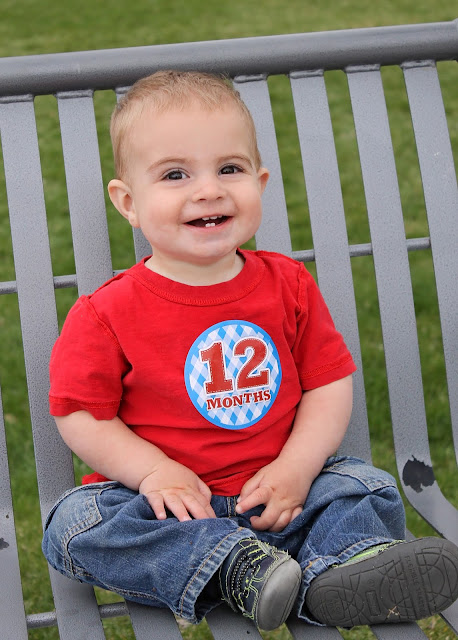 Davey at 12 Months
More pictures of Davey from this last month:


With the spring flowers 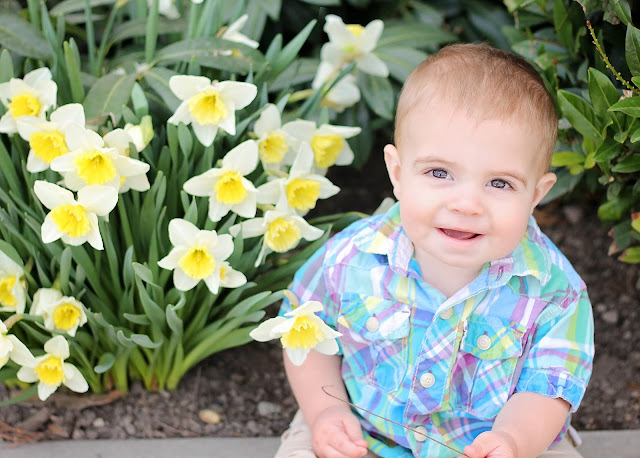 Not sure what caused this face, but it's proof he's not always smiling 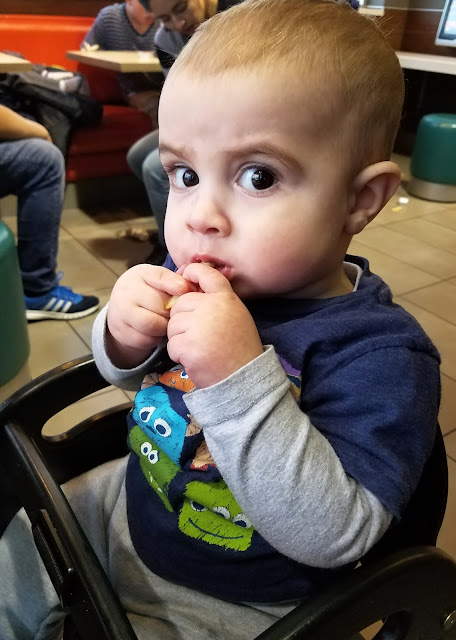 So happy to be outside 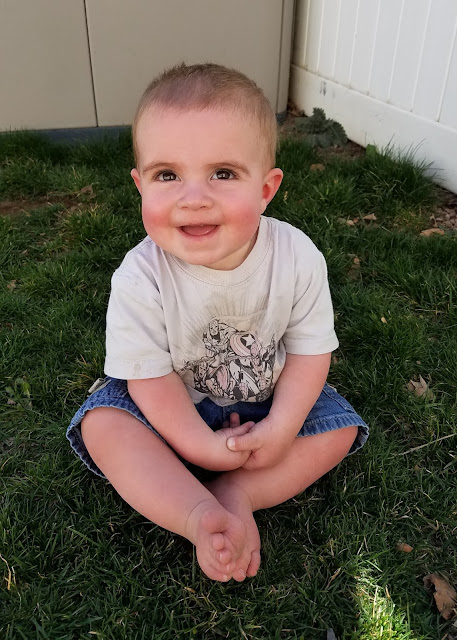 My master of disaster - he loves, loves, loves to dump out the puzzles. I think they will be finding a new home shortly. 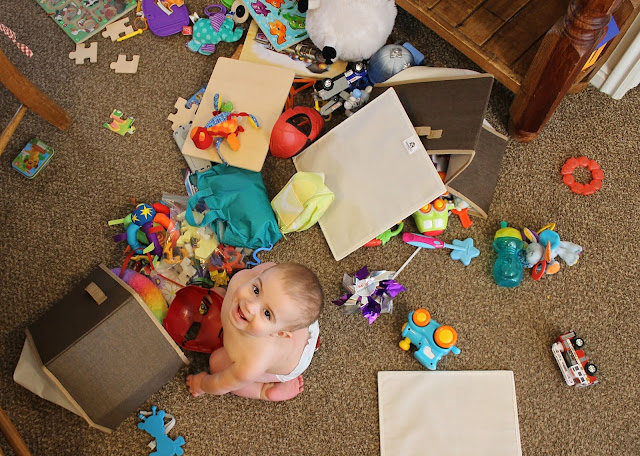 He's great a standing and can cruise along furniture like a pro. I'm guessing walking will be a month, maybe two, away though. He prefers moving with speed, and right now crawling is the fastest mode of transport. 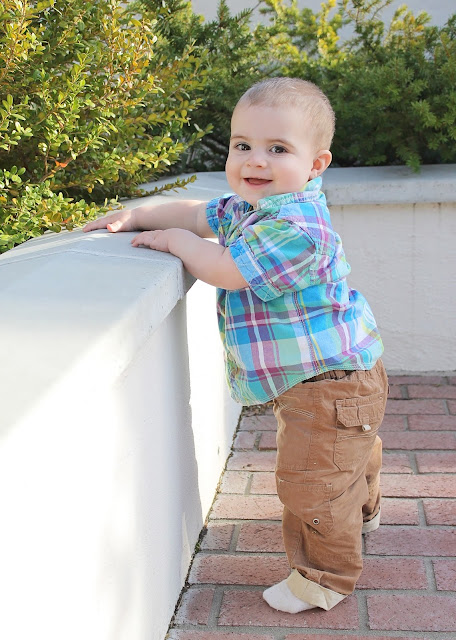 He loves the dishwasher and, if it's open, will be there to remove the plates and sample the silverware and utensils. I pull him off that door all the time and hope that we move out before it breaks. 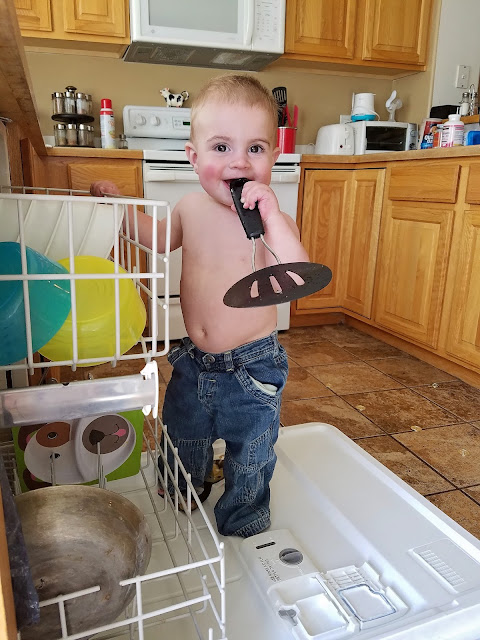