I first trimmed Davey's hair back when he was about 3 months old to try and even things out and let his bald patches catch up. Several months later his hair had really filled in, and and he was starting to look a little scruffy, especially on the back of his neck. Time for a haircut!

I got out the clippers, and chose a short guard for the back and a longer guard for the top. Sadly, they were both blue and I accidentally grabbed the short guard first. When I saw how much hair was coming off I knew I had messed up, but there was no going back so I just shaved his whole head. Now he looks like a little army man, but at least it should grow back quickly and next time I will be more careful!!


The before and after 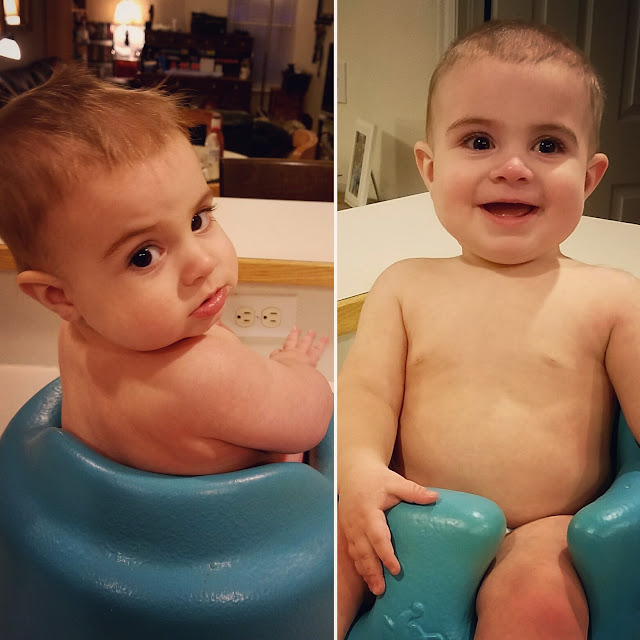 The clippings - instead of just trimming the top a bit, I ended up cutting off 1 to 2 inches. Oops! 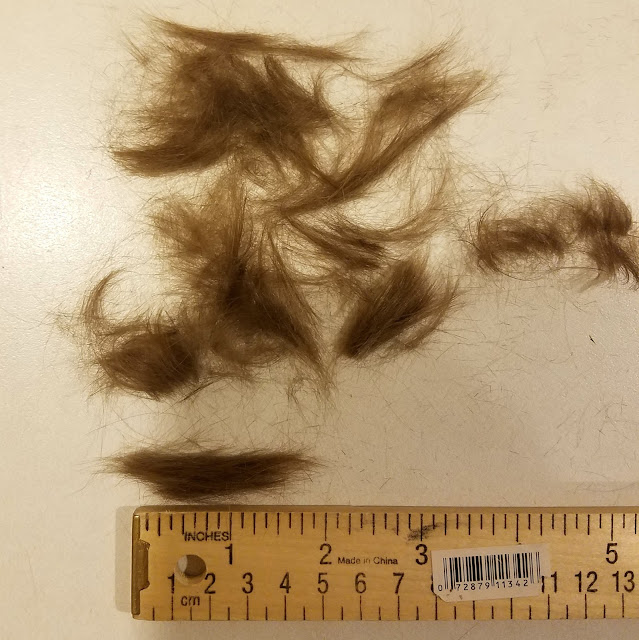