Awhile back we met up with two of my cousins at the Thanksgiving Point dinosaur museum. Their boys are right in between Sophie and Davey age-wise, so it's a fun little crew. Henry absolutely loved Sophie (and her snacks) and she was so sweet with him. It gave me hope that she might eventually  start treating Davey like a friend instead of a pest. It was a fun morning. I always like seeing my cousins and the kids were really well behaved, especially the two that weren't mine :)

Sophie loved being the "big girl" on our outing and had fun leading the two boys around (although she wasn't a very good driver and kept running poor Peyton off the sidewalk into the snow). While we were walking she said, "Look mommy, my hands are full of kids!" 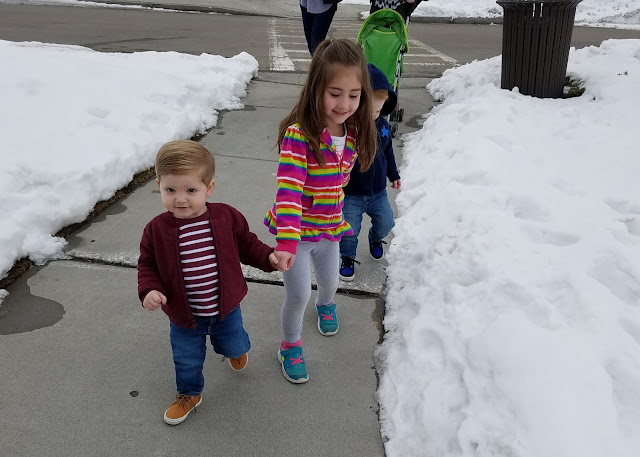 The ice cream parlor gives free cones to kids 3 an under so we stopped for lunch and a treat after the museum. They were out of soft serve, so our crew got upgraded to the good stuff and were pretty happy about it! 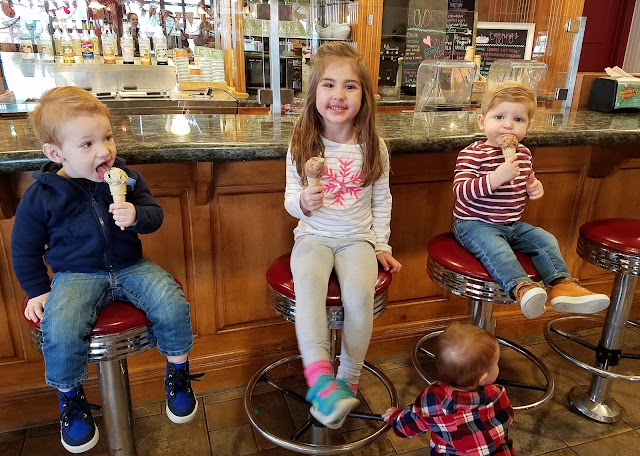 After a month of bitter cold and endless snow storms, we finally caught a break in the weather, so a few days later I took my kids back for a visit at the farm.  It was still pretty chilly, so we only lasted about an hour, but it felt so nice to be outside after so much time indoors.

Sophie was really excited to get on a horse after being told "no" to the circus pony rides the week before. She named this horse "Browner." 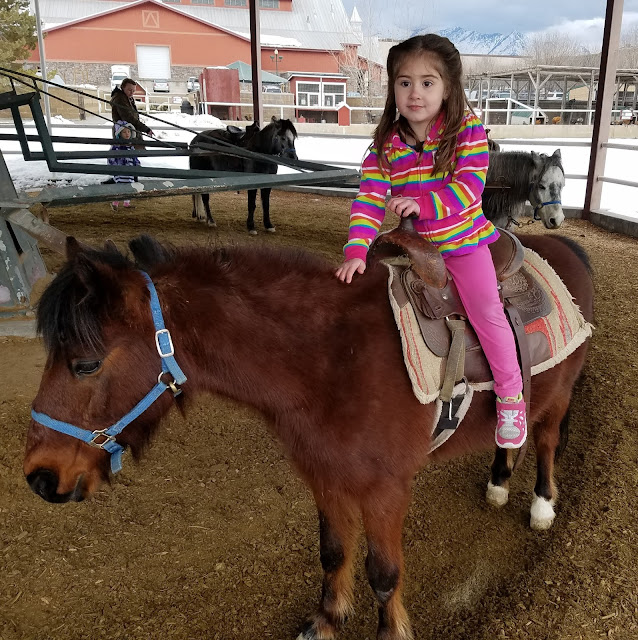 They milk the cows every afternoon and let the kids take a turn too if they want. The girl who went first wasn't able to get any milk out, but Sophie walked right up and got two squirts right in the bucket! 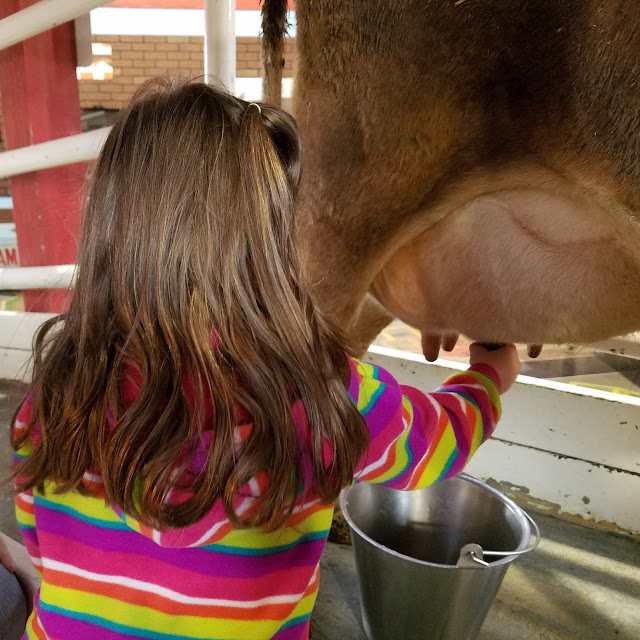