Tonight we redeemed our tickets to the Midway Ice Castles that my brother gave us for Christmas. They did not disappoint! It was freezing cold (somewhere in the teens), but the night was calm and clear so we were able to bundle up and have a good time. We were well prepared and had snow clothes for everyone, hand warmers, blankets, a sled to pull the kids and hot chocolate waiting in the car. I even had the kids in pajamas underneath so they could fall asleep on the way home and then we could move them into bed.


It took us a good 10 minutes to get everyone bundled, but I'm glad we all had enough layers to stay warm! 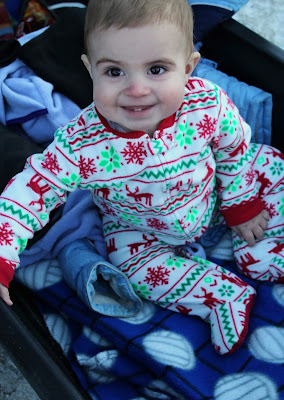 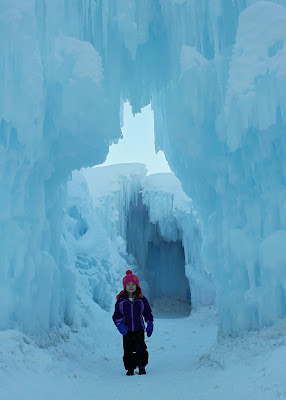 Ready to go in 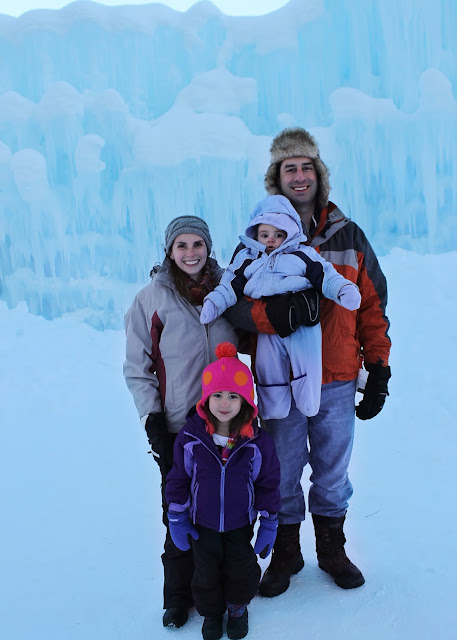 I knew Sophie would love to meet the "real" Elsa in her ice castle so I looked at the schedule online before we went to time our arrival with the princesses. She was sooo excited and talked about it for the whole day leading up to our visit. On our drive out to Midway she fell asleep in the car and, when we got out at Subway to eat dinner, she jolted awake and started looking around saying, "Elsa? Elsa? Elsa, where are you?" Luckily we found her right as we walked in and were the first ones in line to greet her. 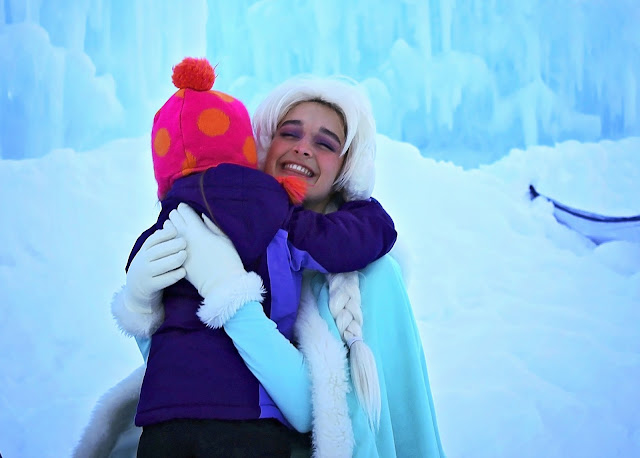 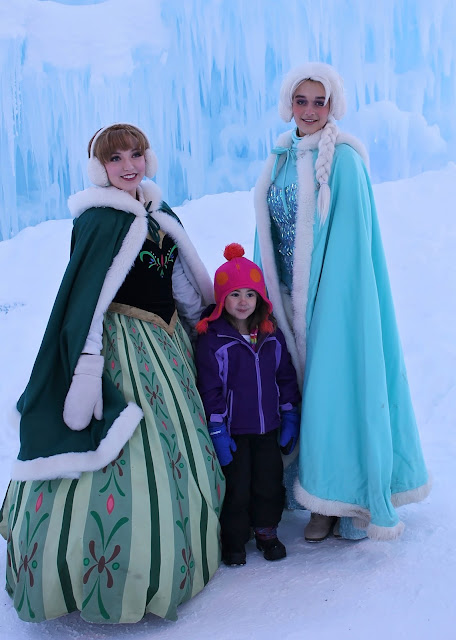 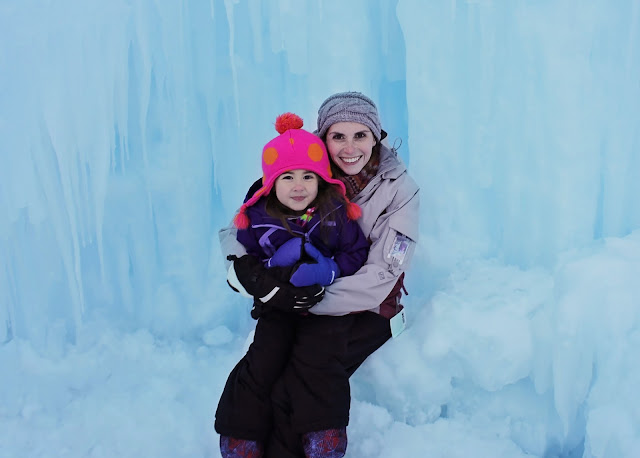 Davey the Blue Marshmallow. He was a pretty good sport tonight considering it was freezing cold and he spent two hours immobilized in a snowsuit. 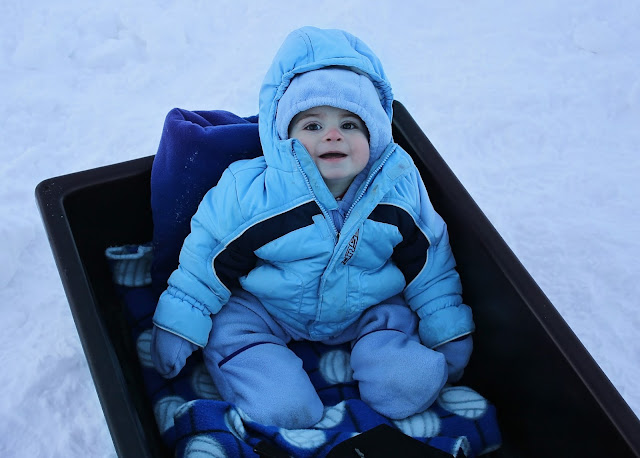 Some of the amazing ice structures 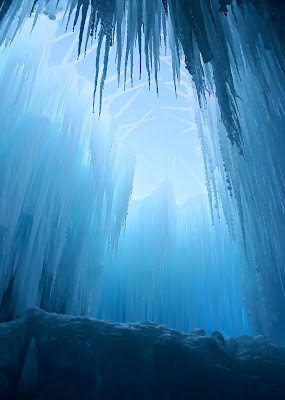 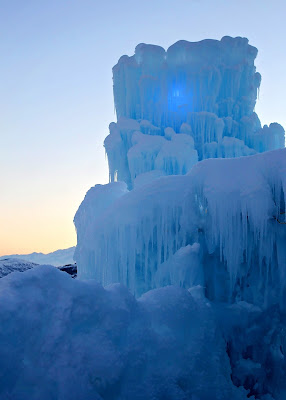 Watching Sophie crawl through a tunnel 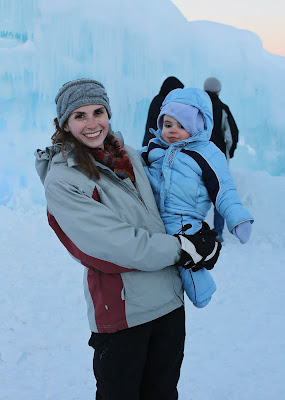 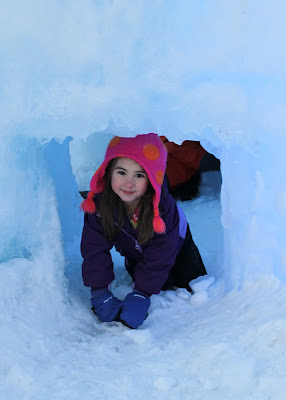 The highlight for Sophie (besides the princesses) was the ice slides. I took her the first time and was worried she might be too scared because lap riders were not allowed and, although we were going at the same time, she wouldn't be able to see me until the bottom because there was a wall dividing the two tracks. To my surprise, she sat down and went without hesitation, and asked to go again as soon as we finished. Brave girl! We let her go one more time with Dave and then moved on because the lines were starting to get pretty long and Davey was losing patience. Later we found a smaller slide that had much shorter lines so she could go several times, once even on her belly like a penguin. 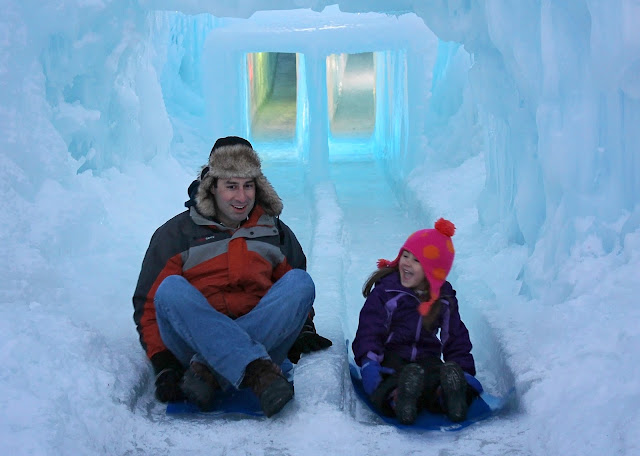 Sitting on the Ice Throne 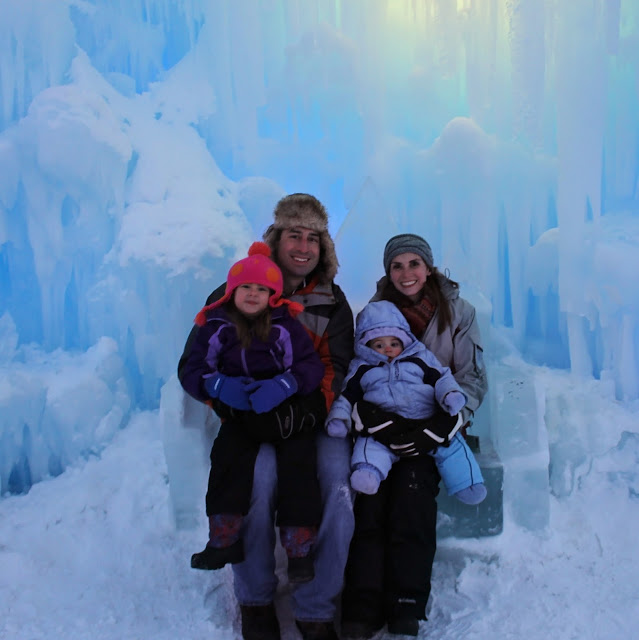 The lights looked beautiful as darkness fell and I was able to take just a couple pictures before my camera froze and decided to call it quits. 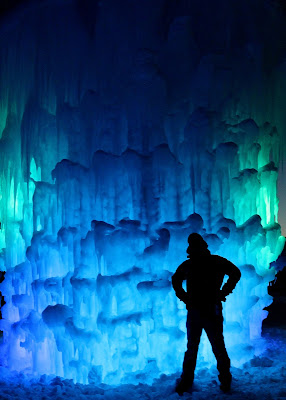 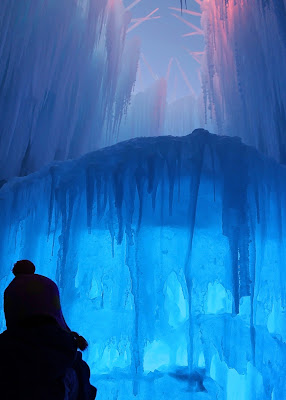 "Bring out your dead!" This is not the best picture, but I wanted to show the kids on the way out. They were pretty much little frozen puff balls. 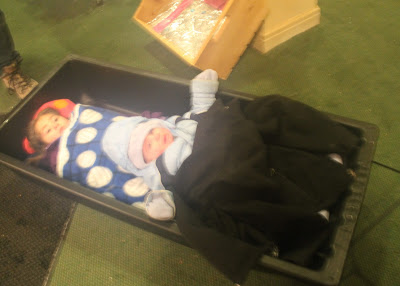