Davey hit double digit months last week! His update is a little late because our house had stomach flu over the weekend and both Dave and I were hit hard, but somehow the kids were spared. I am eternally grateful I didn't have watch them puke their guts out (or clean up the aftermath). My milk supply was affected for a few days afterward, which made Davey frustrated, but we did have lots of frozen that we could use to supplement. I don't know what we would have done without it. 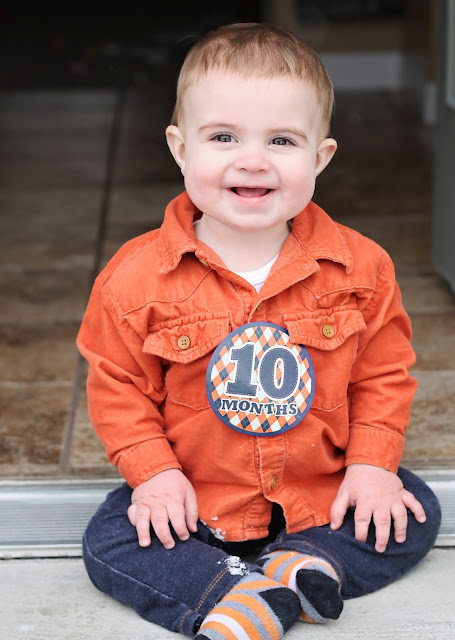 One big accomplishment for this month was learning how to eat minuscule amounts of real food (oatmeal, yogurt, purees, and some finger food). He got busted at his 9 month well child visit for flat lining on the growth curve, most likely due to low iron. The doctor said he'd have to go to feeding therapy soon if he couldn't figure it out, so we've really been trying to get him to start taking solids and have seen a small bit of progress. We're also giving him an iron supplement, which I think is completely nasty, despite being advertised as "Tastes Great!" but he doesn't seem to mind. As Dave pointed out, if you enjoy chewing on car keys, maybe the metallic taste is a bonus.

We also made another attempt at sleep training while we were staying at my aunt's and had an extra bedroom to move him into. It was pretty successful and, after a few nights, he was going down from 7 to 7 with just one feeding between 4 and 5 am. Best few nights of sleep for me in a long, long time. Unfortunately it was short lived and we're regressing back to the 1:30 and/or 3:30 wake ups and I really don't know how we're going to fix it until we move and he has his own room. I'm starting to think I will just be perpetually tired. At least he is cute :) 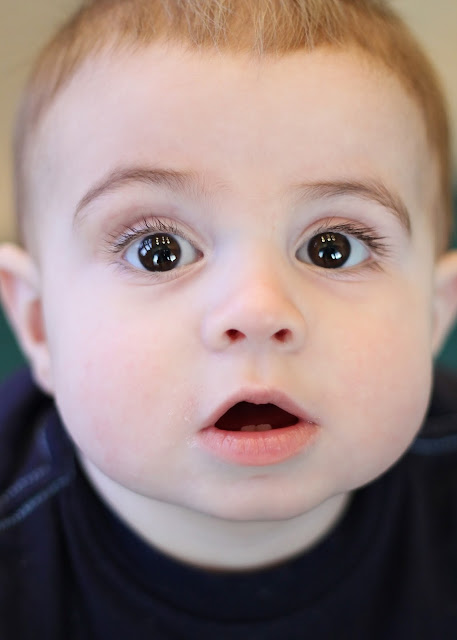 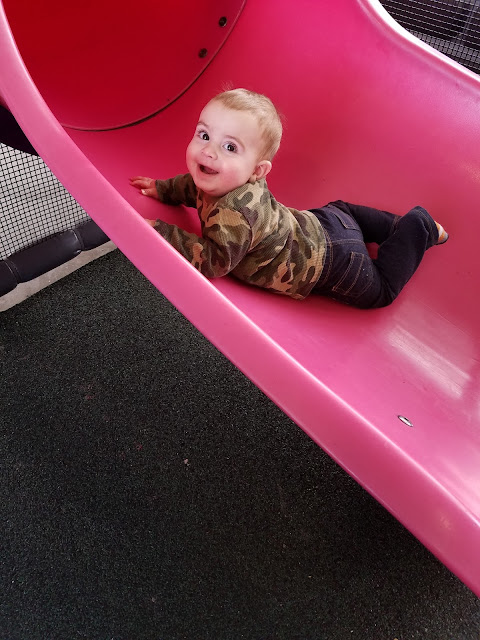 Is almost always smiling. At his well child check up the nurse started calling him "Perma-grin" 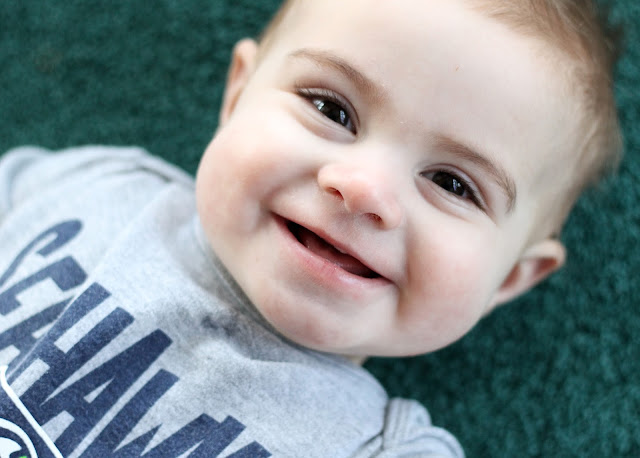 Enjoying a trip to the library - he's thrilled to finally be involved in some of the fun instead of  just watching from the stroller. 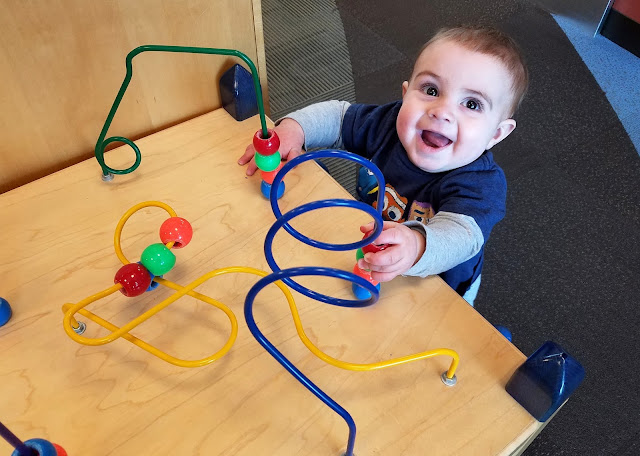 Loves opening and closing books, and could care less about what is actually on the pages 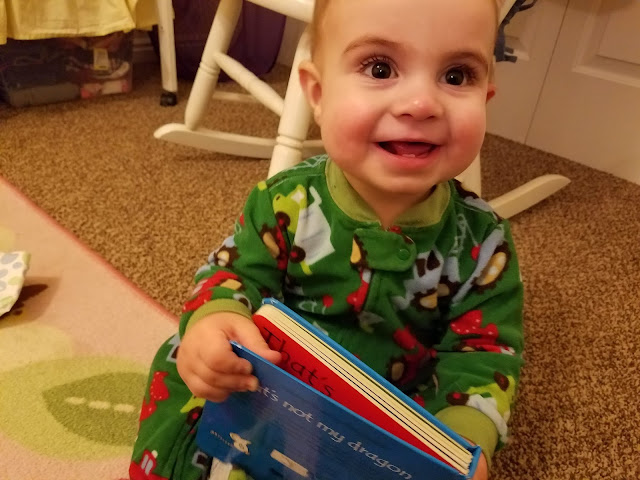