During the winter, the last Wednesday of the month is free at the Hogle Zoo in Salt Lake. Since I work from home on Wednesdays, I thought it would be fun to take the kids. Dave even took the morning off so he could join us, but as soon as we got there Sophie transformed into Little Miss Grump and couldn't be pleased by anything, so it was not the fun family activity I thought it would be.  At least Davey seemed to have a good time.

It was cold and snowy so I packed winter gear for everyone, but somehow forgot boots for the baby. Oops. Dave's gloves kept him nice and warm though :) 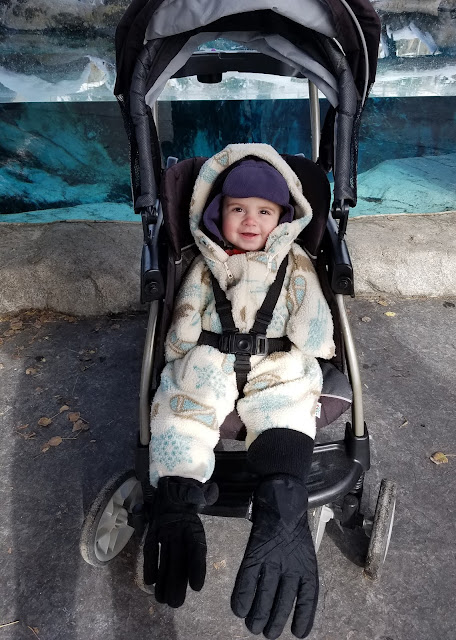 Sophie was willing to pose for one picture at the beginning, but it all went down hill from here. She said she wanted to see the crocodiles and refused to look at any animal until we got there, so we breezed right past the lions, elephants, gorillas, and orangutans. 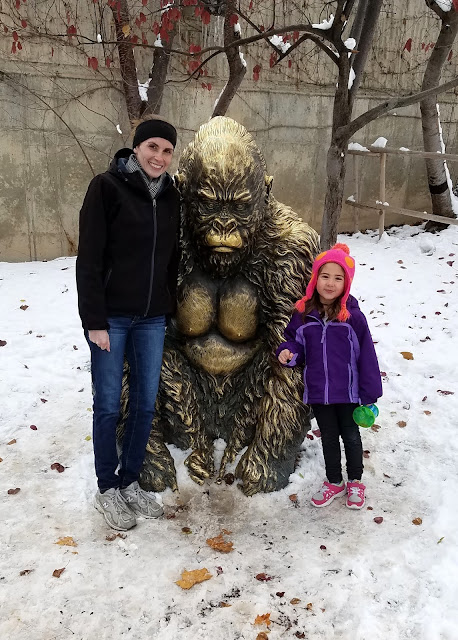 We finally found the crocodiles! Sadly she was only happy for about two minutes and then went back to her grumpy self and I just gave up trying to please her and instead had fun for myself. 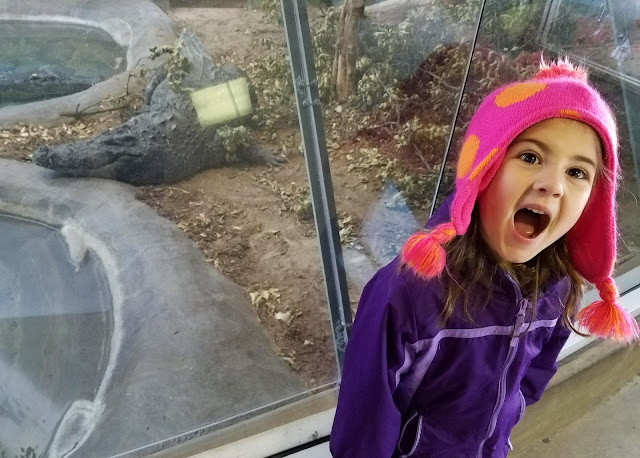 Davey was fascinated by this little monkey, who was equally interested in him. 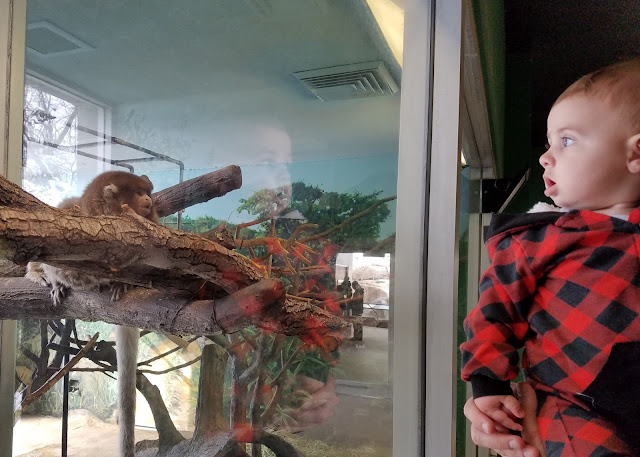 I wish I could say the little girl in this picture was Sophie, but it's not. She had no interest in the polar bear rolling around in the snow playing with his ball. In fact, she wouldn't even come into the viewing area. She was out on the sidewalk stomping snow clumps with her boots. 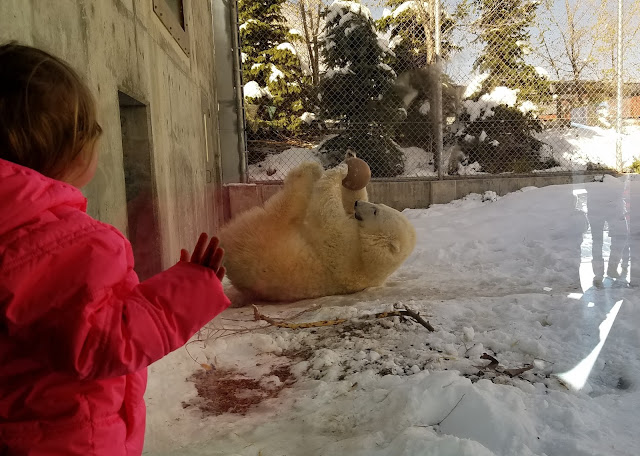