The cold has arrived!

We had an amazing fall, which lasted all the way to mid-November this year. It was unseasonably warm and dry, but on Thursday the temperatures finally dropped, a storm brought in some snow, and we had to dig out the coats and turn on our heat for the first time. Sophie was thrilled when she woke up and saw what had happened and wanted to go out right away. I made her eat some breakfast first, and then we bundled up and went out to play.

The first thing she did was eat a big handful of snow. It was extra light and dry and would have been great for making snow cones, but we don't have any syrups on hand right now. Bummer. I tried to make her a little snowman, but it kept falling apart and I eventually gave up. She still had fun running/rolling around though, and we'll try again next time. And true to kid form, she got tired and cold after about 10 minutes and wanted to go back inside for some cocoa :) 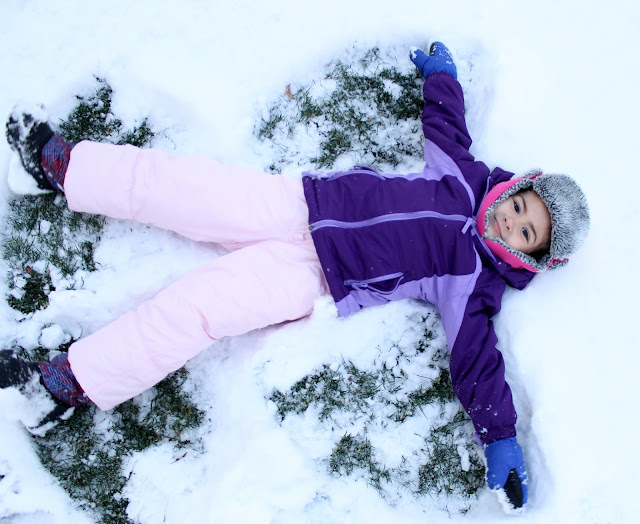 Davey watched from inside 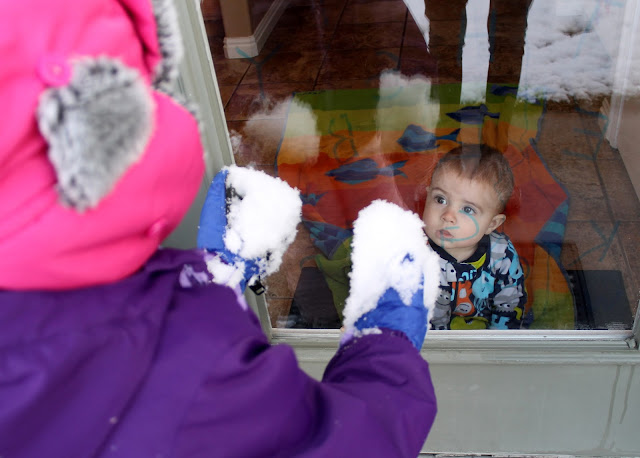 Trying to catch a flurry on her tongue 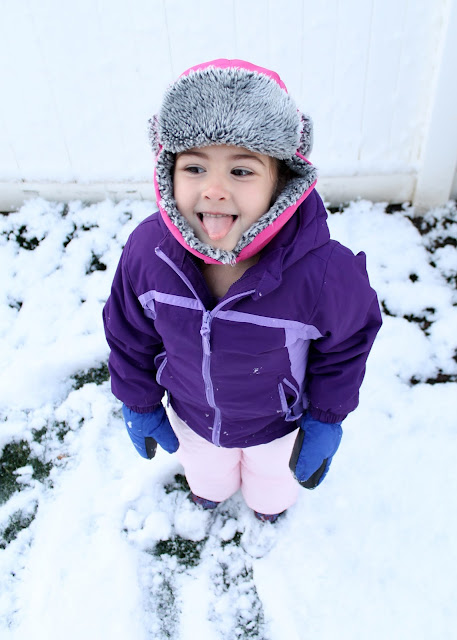