The other morning we saw a commercial about parenting where a dad is watching his daughter grow up though series of birthday montages. At the end she is turning 27 and about to have a baby of her own, and I told Sophie, "I'm not ready for you to be that big yet Sophie girl," to which she responded, "Why? Because then I would break our house's ceiling?" Ha! Seriously though, she is growing super fast and has changed so much since her birthday in March that I thought it was time for another update of her own.

We love this girl so much. She radiates joy and excitement, and luckily her happy moments still outnumber the breakdowns by a good margin. She is super friendly and does not hesitate to strike up conversations with neighbors, store cashiers, parents of other kids, or strangers in the parking lot. If you've ever spent time with her, you've probably heard her signature phrase, "Do you know that!," said with her finger pointing up, followed by some fact. She is curious, and smart and I love her 3-year-old insights about how the world works.

She did really good when Davey entered our family, but I know our split attention has been hard on her and after several months she is starting to let it show. She is a great big sister, but the other day  told me "you know, babies really aren't that fun" and it's true. The crying baby gets the attention and because she's the "big girl", she sometimes gets pushed aside. We're trying to give her more one-on-one time, though, and she loves going to the Home Depot workshops with Dave or anytime I leave the baby home and just "the girls" do something. She sure is a special girl and I hope she's knows it! 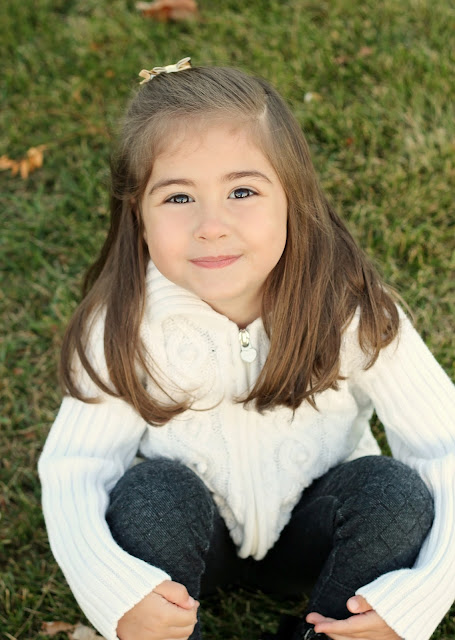 Sophie at 3.5 Years
For her last round of swim lessons we bought her some "super secret night vision spy goggles" and they have really boosted her confidence. Next week she will be starting Level 4 and float on her stomach and back, jump in and return to the surface, and swim about 10 feet in open water. 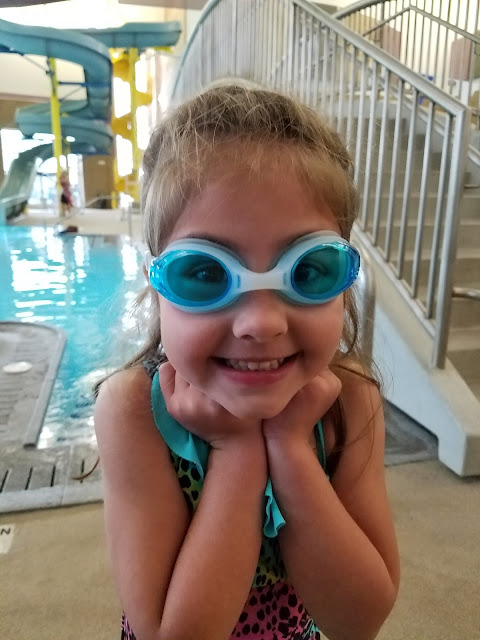 She loves to climb up on the counter whenever I'm in the kitchen. The other day she discovered she could still fit in the Bumbo seat, and sat there to eat her snack. 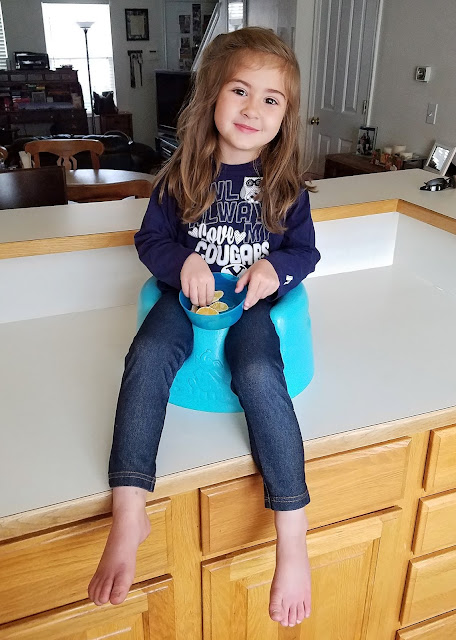 One day we had some extra time in Orem before I could drop her at the babysitter's house so went to the new Orchard Park at the mall. The fountains were dancing to "Let it Go" and she was all smiles :) 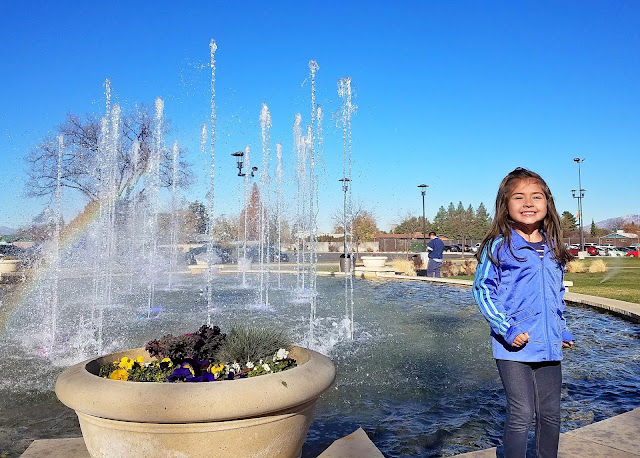 After staring at herself in the mirror for a long time, she finally figured out how to roll her tongue and was so proud! 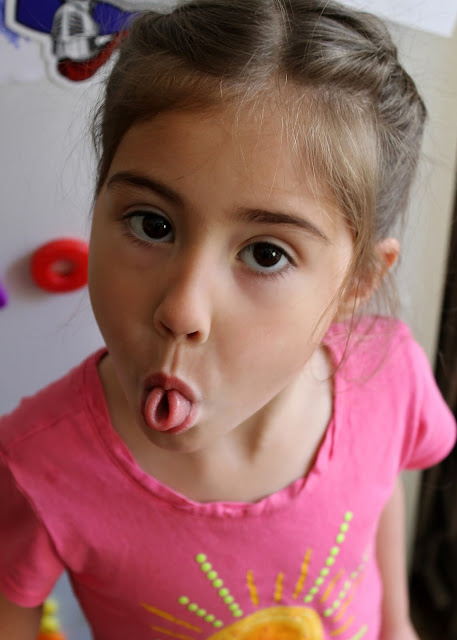