Davey turned 8 months today, and it snowed (post on that later). Sophie went out to play and he seemed pretty bummed to be left inside, so I brought him out for a minute to see what the fuss was all about. I put him down on a plastic lid and a blanket so he wouldn't get wet, but he just had to touch it and immediately decided snow was cold, scary, and not something he wanted to see ever again. We came back inside and he snuggled me until he was warm, and then crawled off to play. Can't believe this boy is getting so big! 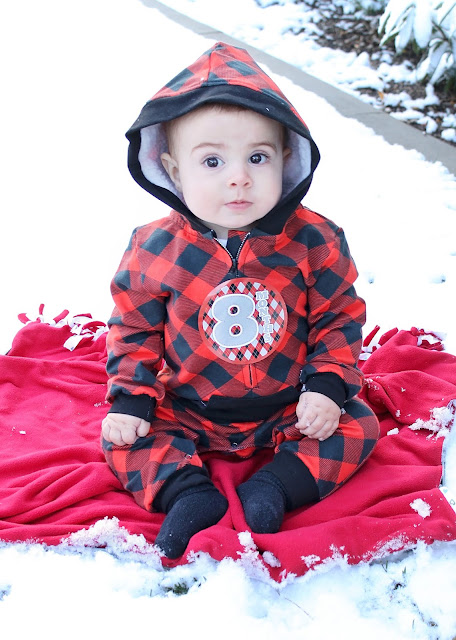 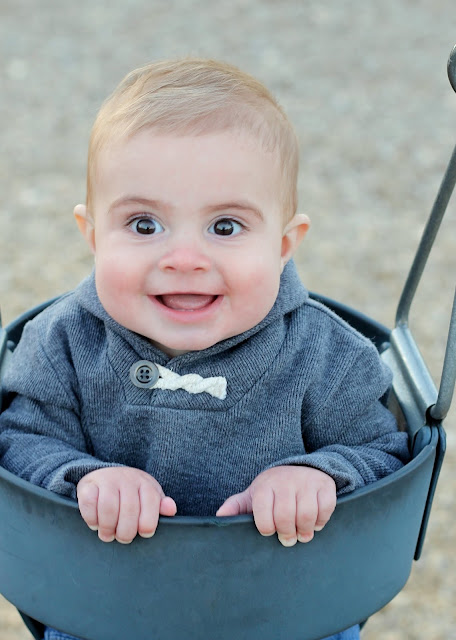 One day I finally got a few spoonfuls of banana in him, and then 30 minutes later he threw it all up. One step forward, one step back :( 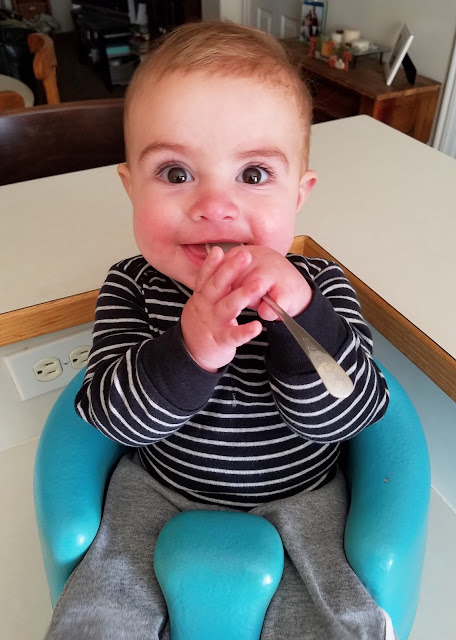 First time playing at the dinosaur museum. I let him eat the sand, thinking he would learn his lesson, but it didn't phase him it all and he went back for another helping. He had so much sand in and around his mouth afterward. I eventually just stripped him down, gave him a mini bath in the drinking fountain. and took him home in a blanket. 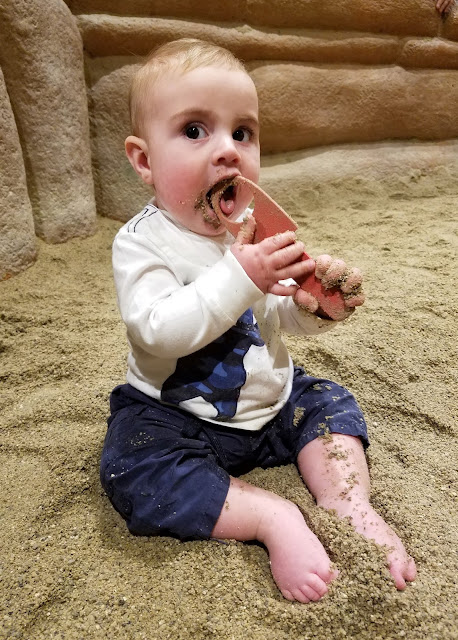 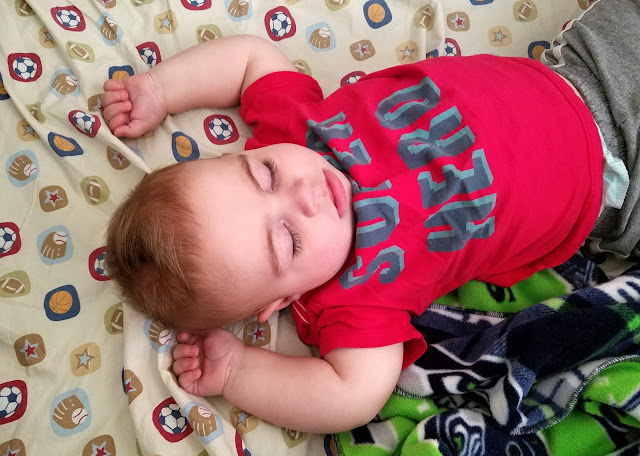 Sophie got some Nutella and decided to share it with him. I put him up in the bumbo to wipe him down, and he was all grins. I guess this is one "food" he likes. 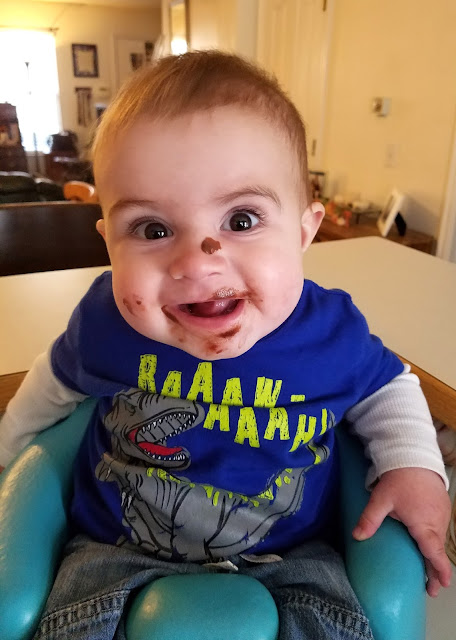 He was supposed to model a new pattern my sister had been working on for her shop, but the day I tried to take his picture was also the day his first tooth broke through. He's not an angry teether, but he sure was curious about that little sharp thing in his mouth. I got about 100 pictures of him with his tongue out like this trying to feel that tooth. 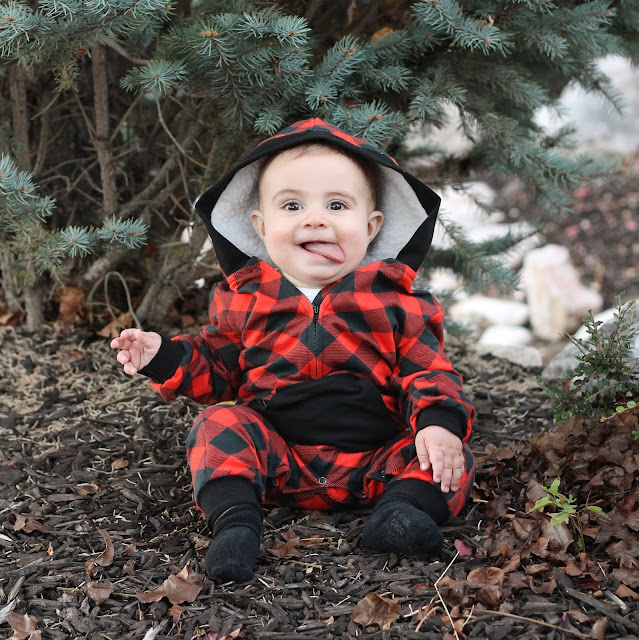