We have started Davey on solids, although he really hasn't been that impressed with anything we've had to offer so far. We've had lots of head turning and backing arching in protest. This boy just loves his milk, which is fine with me, except I'm pretty sure giant babies can't survive on milk alone. I'm hoping that if we just keep offering different choices we will eventually find something he likes.


First offering was oatmeal. He thought it was gross, even with bananas mixed in. 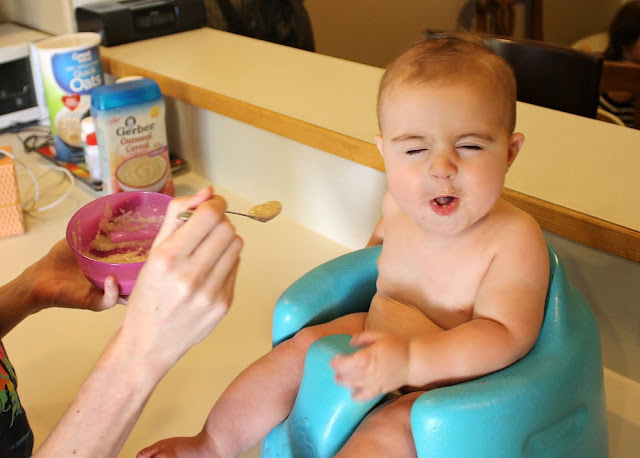 Next was sweet potatoes. He seemed to like it the first time, but has been less and less eager with each passing day. Squash has also been met with indifference. I have some carrots we are going to try next. 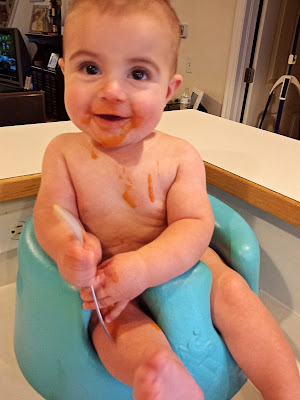 He ended up with more sweet potatoes on the outside than the inside so we put him straight in the sink for the bath. He thought it was awesome, especially once he realized he could turn the water on and off. 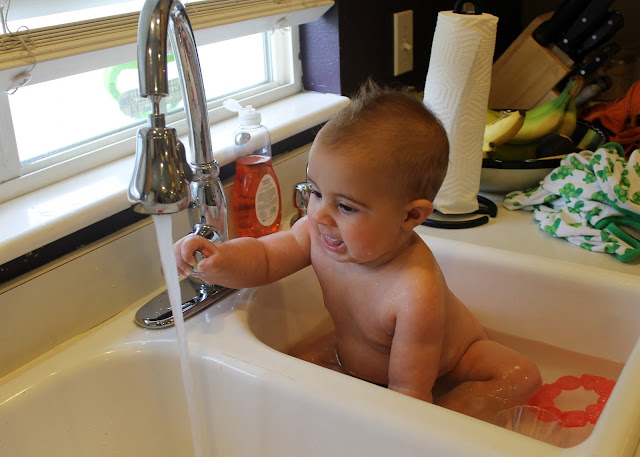 Yesterday we gave him some banana in the mesh feeder. This was a success! I think he would go straight to table food if he could, but first he needs to get some teeth :) 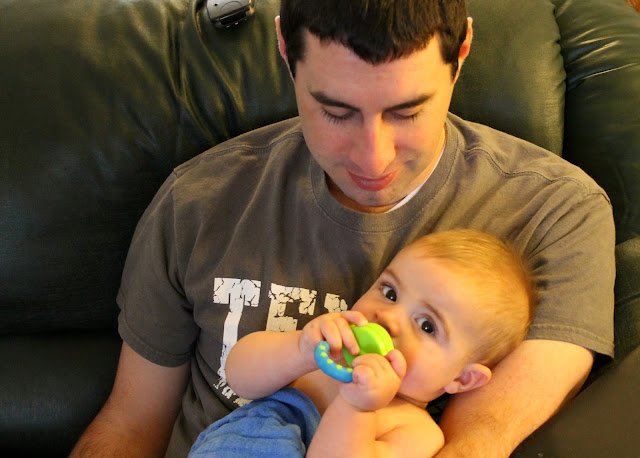 Love the update. Do you have one of those hand crank baby food grinders? My babies loved it when I would grind up the casseroles we had for dinner or fruit.