The school where I work had a carnival on Friday evening. Rather than drive home and then back again with the kids, we decided to just hang around Orem until it was time to party. The play space at University Mall closed down a while ago, and a new kids area just reopened this week so we went over to check it out. Sophie loved it! There isn't really a play structure, but there are lots of fun things to climb on, around, and under. There is also an outdoor area with some water fountains, stairs, and rocks that she had fun scaling. I see us coming back here often since it's only a few blocks from the school.


Sophie was in shorts because she had a potty accident at the babysitter's house and those were the back up clothes I had in the bag. It actually was a really nice day, however, so it didn't matter she had no pants. It is time for me to start rotating out the summer clothes though! 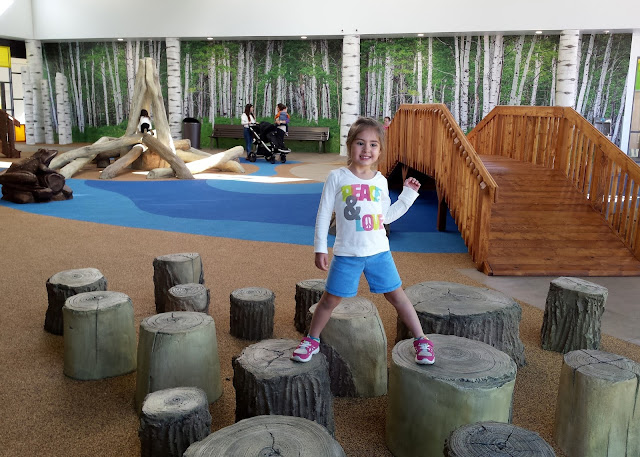 We sat on a bench and soaked up some sun while Sophie played. Davey really wanted to eat my phone. 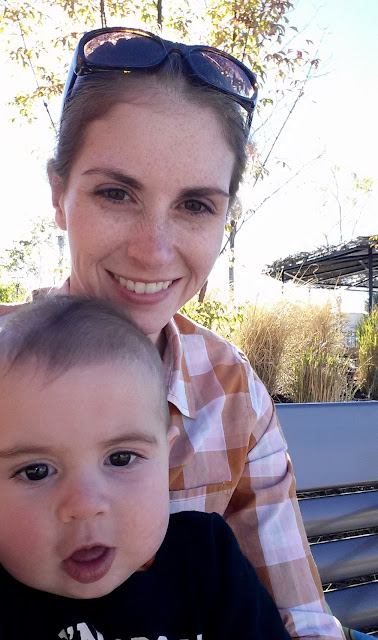 After playing we went back to the school and Dave met us there with some Arby's for dinner. It was a well attended event and all the kids seemed to have a great time. Sophie had fun playing the games, but the bounce houses were a little too crazy and it wasn't long before we had to take her away in tears. It was nothing a cotton candy couldn't fix though :) There was also a silent auction to help raise money for the school and we won the bid for a Chick-fil-A basket. Unfortunately we didn't realize until later that the meal vouchers are only good at the Orem location, so we're going to have to travel a bit to redeem our prize. It will be worth it to not have to cook though!

Face painting always gets the longest line so we made it our first stop. All day she had been talking about getting a snake or witch painted on her cheek, but when she sat down she decided she wanted a rainbow instead. Later she went back and got a spider on her other cheek. 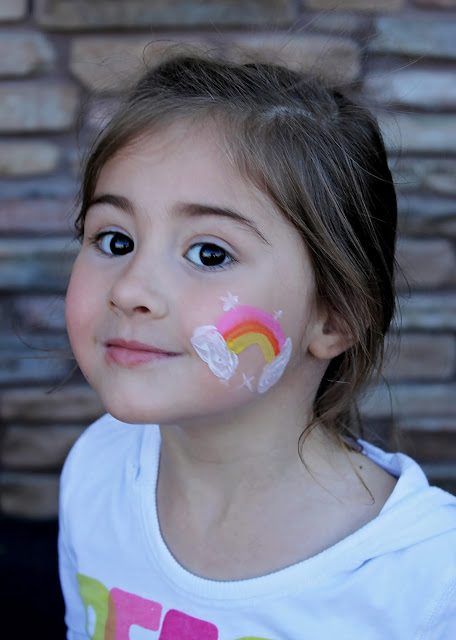 I wish I had taken a video of her playing bean bag toss because she went 4/4 and won a football! 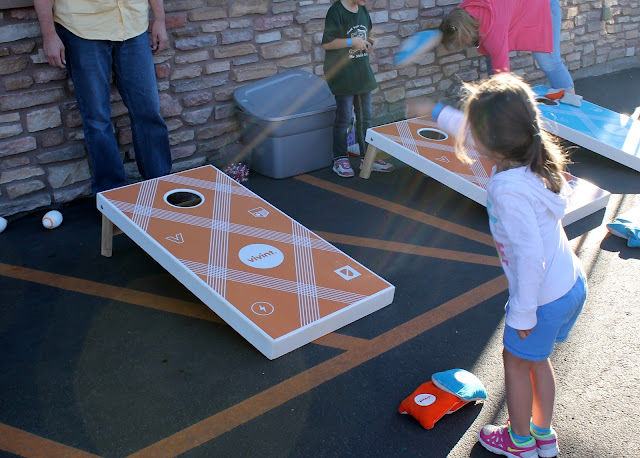 There was this awesome pirate play ship that the kids loved. Sophie is somewhere below deck in this picture. 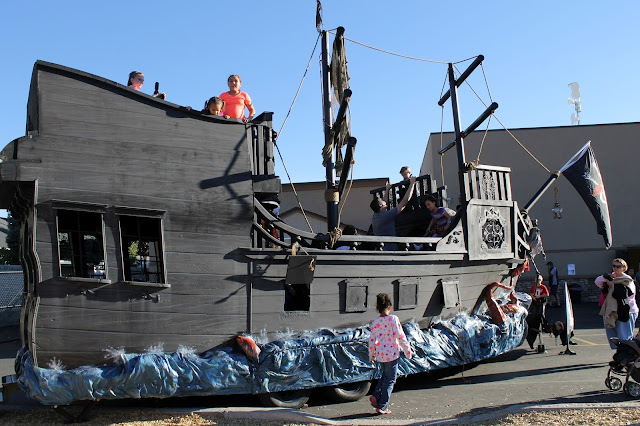 The highlight for her was getting to eat some cotton candy! 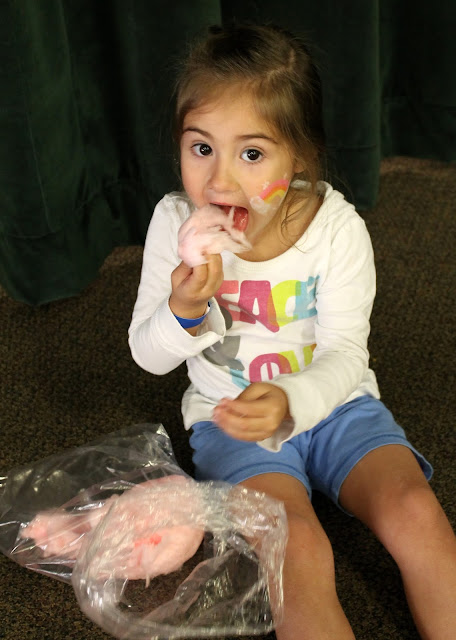