I feel like I was writing the 6 month update just yesterday, and now here we are at 7 months. I've said it before, but this boy is an absolute joy. He is so squishy and smiley, and I seriously want to snuggle him all day, except he normally has other ideas and likes to be free to move, explore and chew anything he can get his hands on. He is not crawling, or even really scooting yet, which is fine with me. Our house is not baby proofed at all, and Sophie leaves her little toys on the floor all the time. He does have an impressive range while sitting, though, and can fold himself completely in half to try and reach something he wants. With his motivation and strength, I fear it's only a matter of weeks before we'll have a mobile baby on our hands - ahhh! 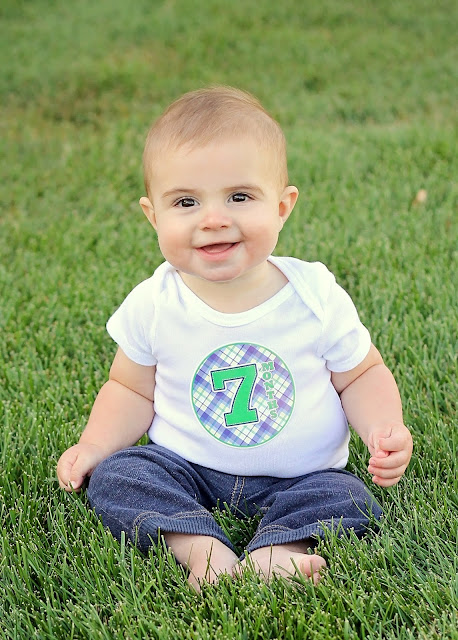 
Just in case you thought he was always smiley.... 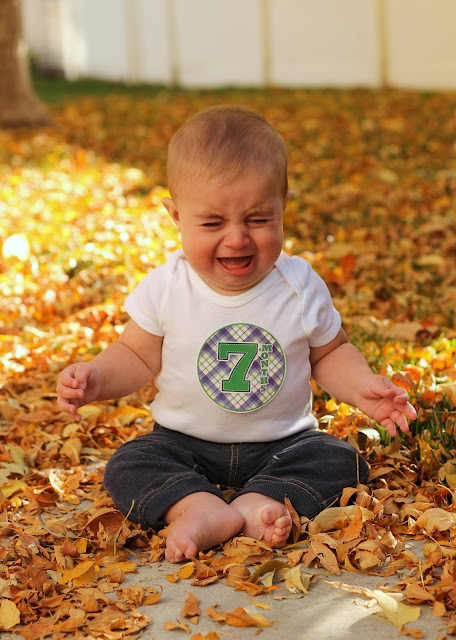 He will only sleep on his stomach these days. He also loves to bury his face in this yellow blanket, which makes me nervous, but somehow he seems to breathe just fine. 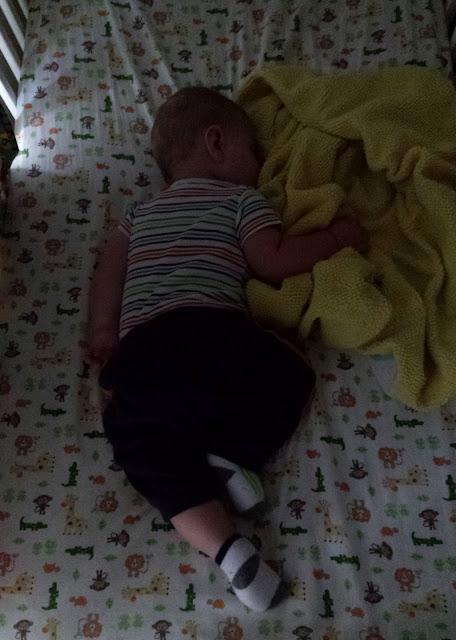 He always wants to have whatever we are holding at the moment. He will lunge and dive bomb until it either disappears or he gets what he wants. Luckily he doesn't know how to use a straw yet :) 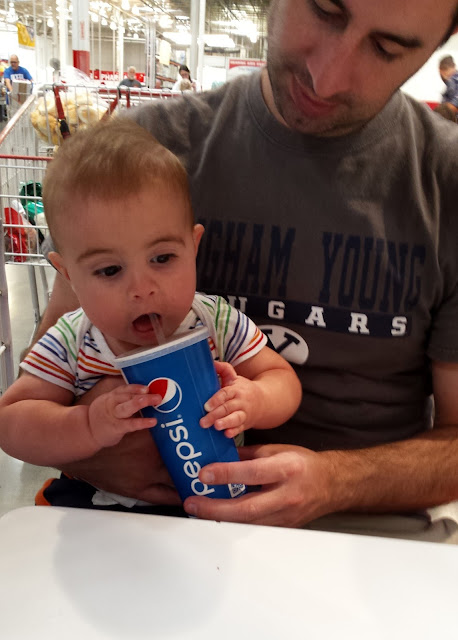 It's starting to get colder on our evening walks - time for the puffy coat! 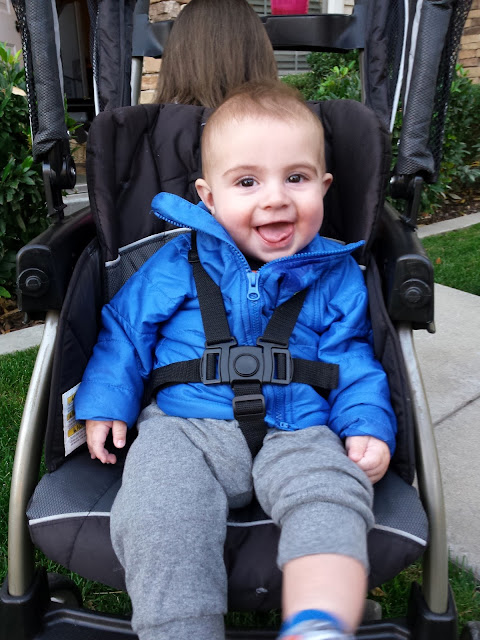 This boy loves the sand box at the Curiosity Museum. He has finally learned not to eat it, but this last time I did have to dig a bunch out of he ear. No idea how it got in there... 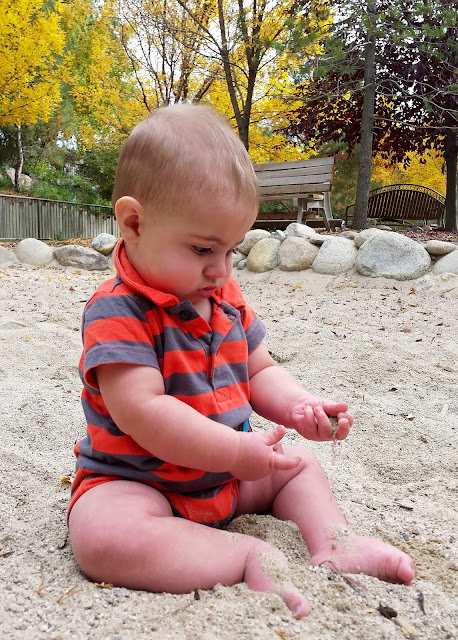 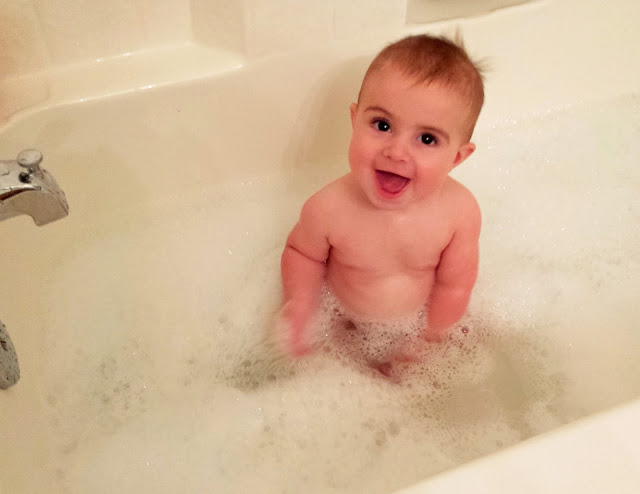 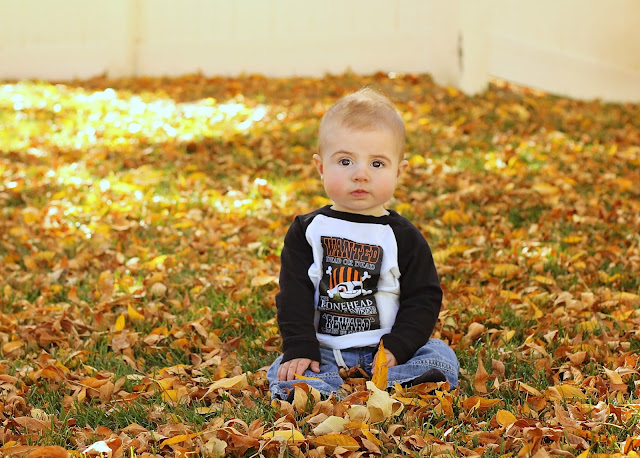