September was such a good month! The weather was beautiful and we were able to do lots of fun things - be prepared for a ton of photos! My work is finally starting to settle down a bit now that school has been in session for about 6 weeks, Dave is preparing for his first interview and will fly out to visit a campus in Texas in a couple weeks, and the kids are as busy as ever. Our house frequently looks like it was hit by a tornado at the end of the day. I'm starting to understand why I always feel so tired....


We were at my aunt's house at the beginning of the month and were able to swim in her pool  - so fun! 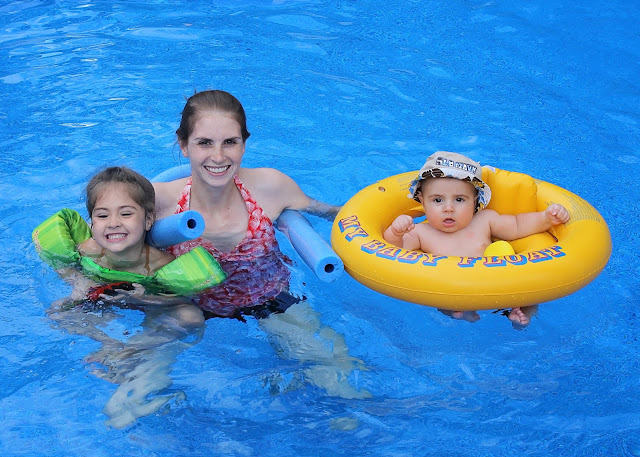 We had some friends join us who were visiting from Texas for a wedding. Davey got to hang out with Jada and was able to show off his muffin top for her. 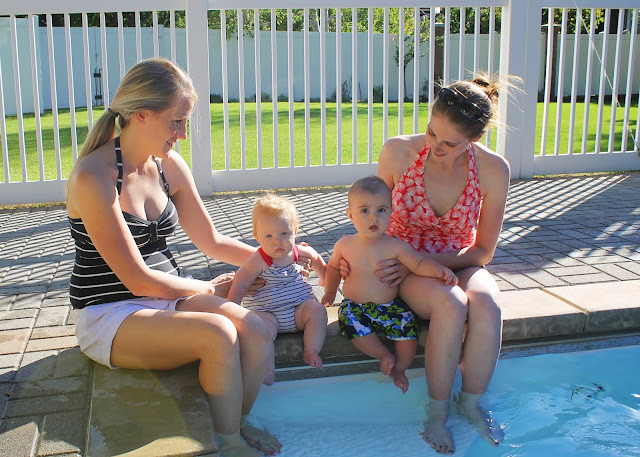 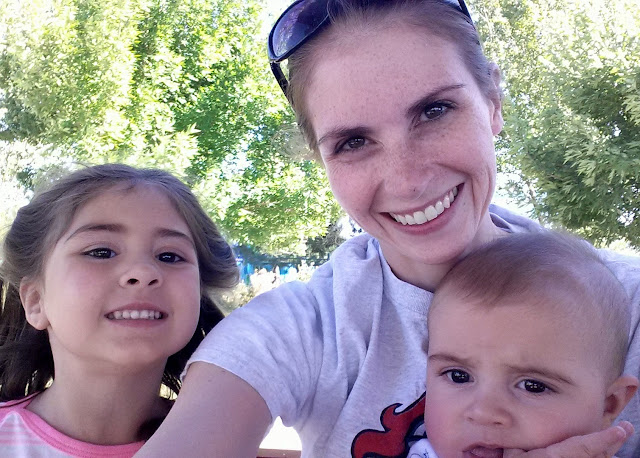 One of Dave's childhood friends was married at the Provo City Center temple on a beautiful day in September. Derek and Faye watched the kids while we attended the sealing. 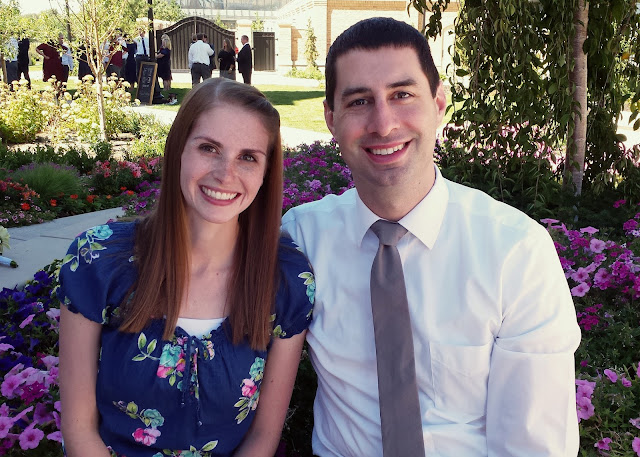 These boys have been friends since elementary school 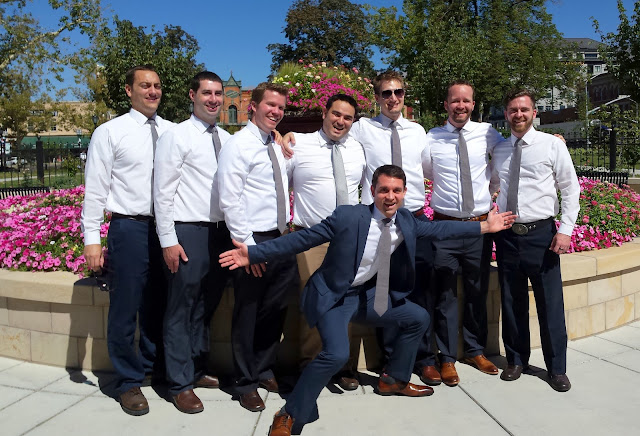 One morning I found Davey sitting up in the bouncy seat - he was really determined to get that elephant! This is now his new favorite way to sit. 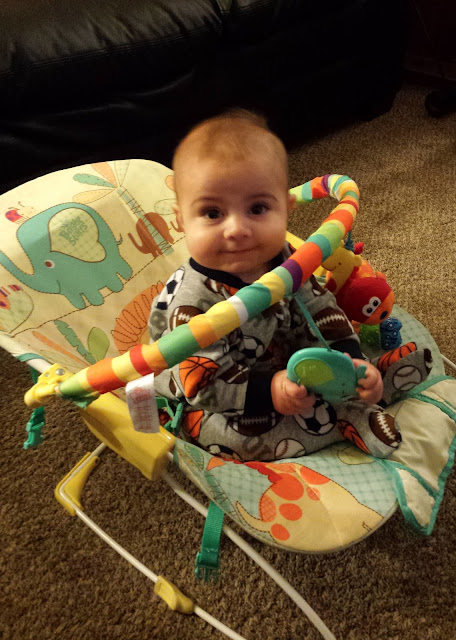 On one of my days off we stopped to see a friend's sweet, new baby girl and had lunch at Chick-fil-A, Sophie's favorite place to eat. 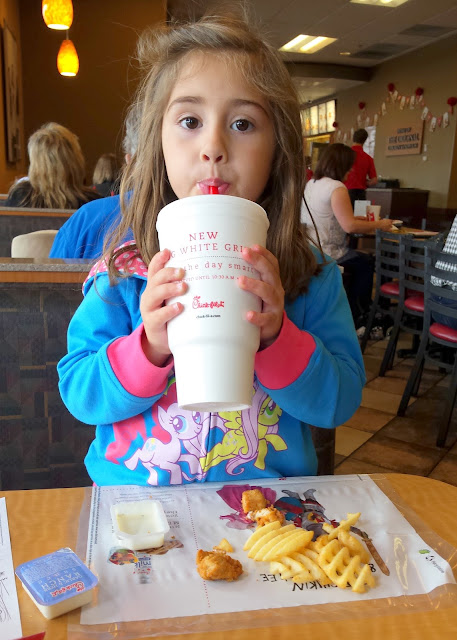 On national Talk Like a Pirate Day you can receive a free dozen donuts at Krsipy Kreme if you dress up. I took both kids to wait in a hugely long line, but after an hour we got our treat :) 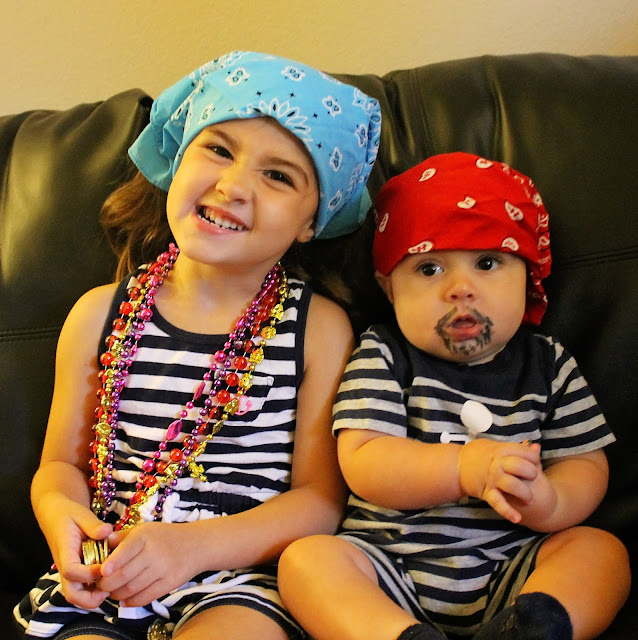 Enjoying the beautiful weather on a Sunday afternoon 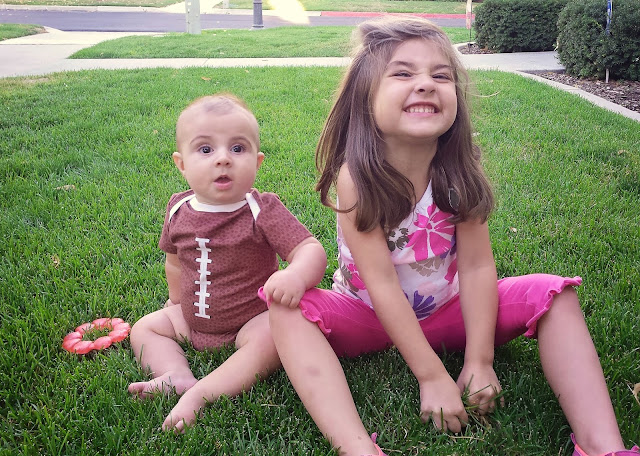 Sophie is obsessed with these read along books. We checked out pretty much every book our library had and it's her new favorite thing to listen to in the car on our drives back and forth from Orem every day. 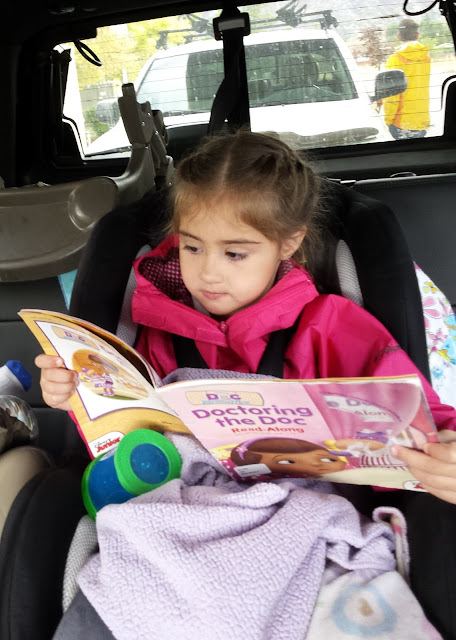 We are trying to put in as much time at the park as possible while the weather is still nice. One of our favorites is Cranberry Park, which is just a short drive from our house. They have a big sand area with diggers, swings, and a play structure. Davey went on the swings for the first time and LOVED it! 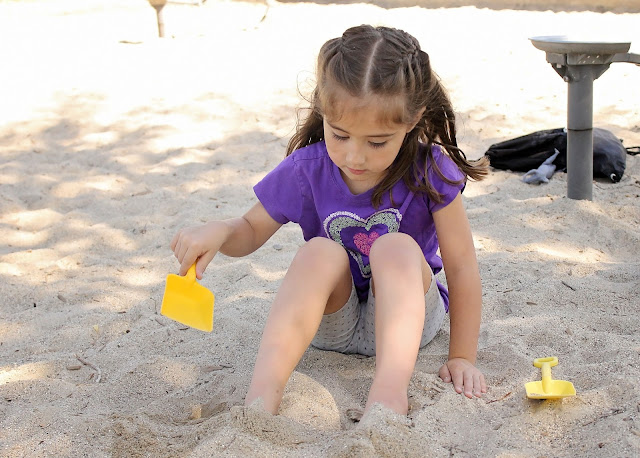 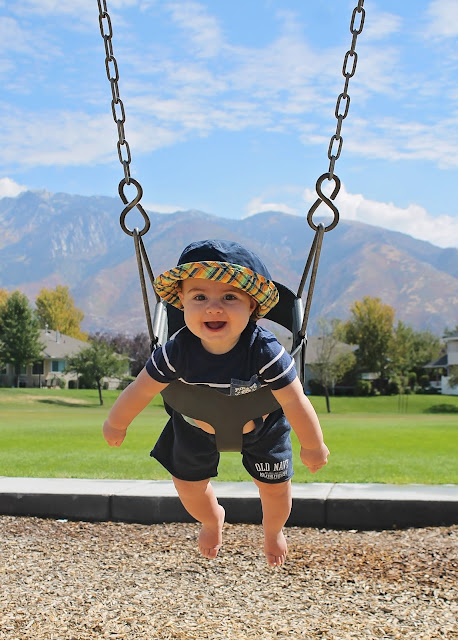 We had a spirit day at school last Friday. The theme was "Royal Day" and since I don't own any gowns or other regal attire, I made myself into the "Popcorn Queen". 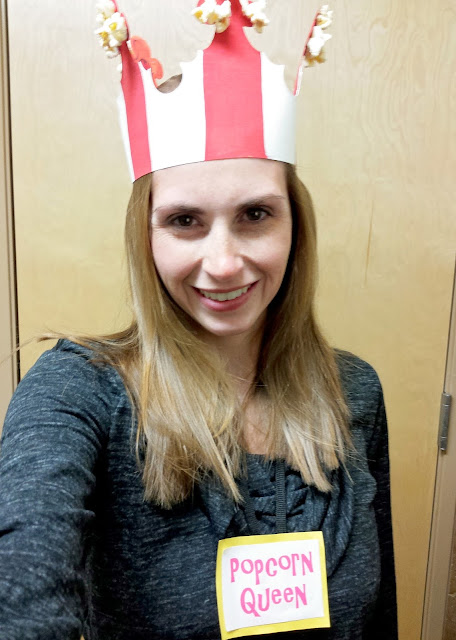 After I took Davey's 6 month photos, Sophie wanted me to take her picture too :) 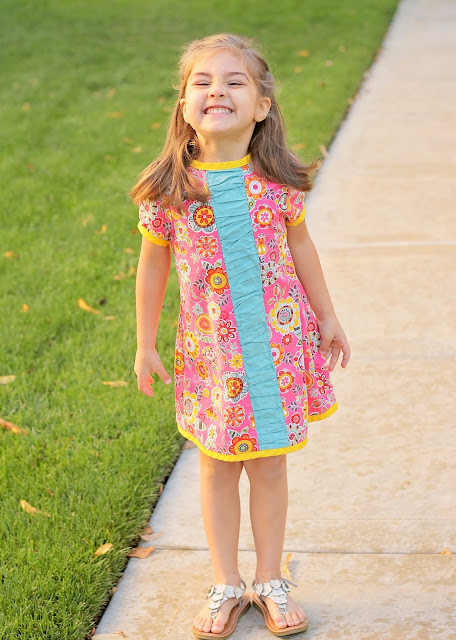 Another day, another park. This is the one by the library.

Davey had his 6 month well child check. He is 98% for length and 70% for weight. He also had to get four shots, which always make him feel a bit icky afterward, but he still tries to put on a happy face. 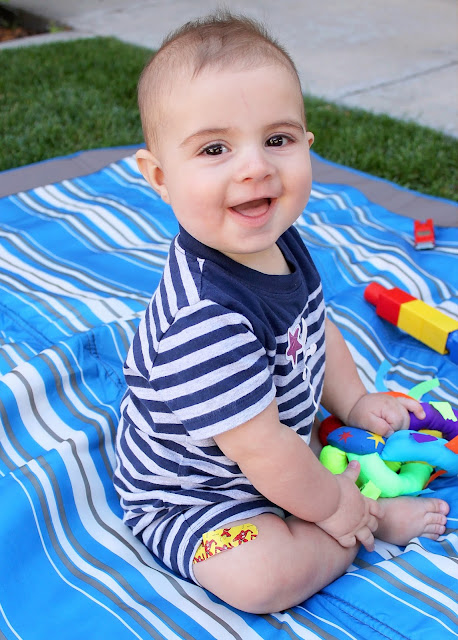 Sophie is a master of pretend play these days and I love it! 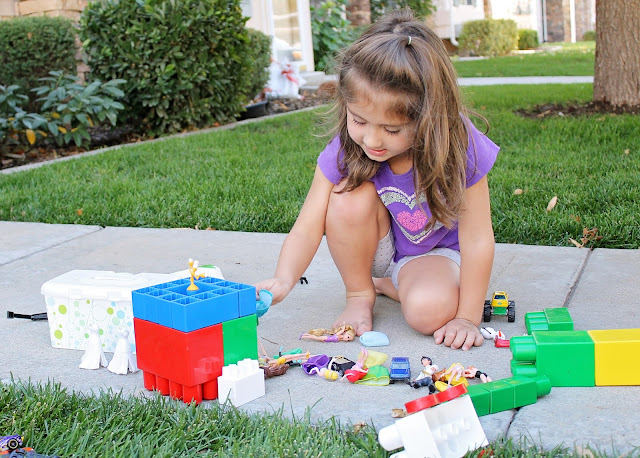 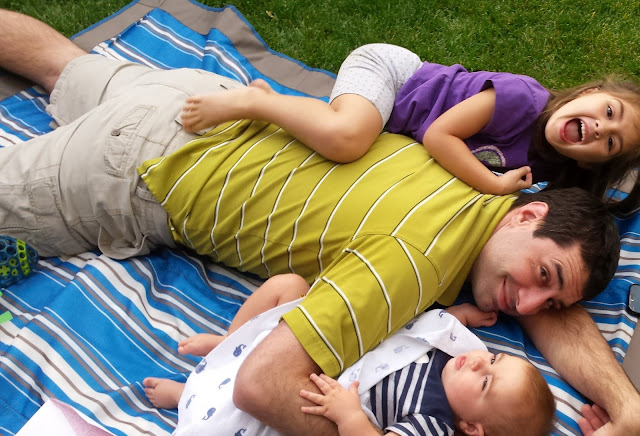 We had a power outage that lasted about 6 hours last week. Luckily the lights finally came back on just as daylight started to fade, and we were starting the bedtime routine. 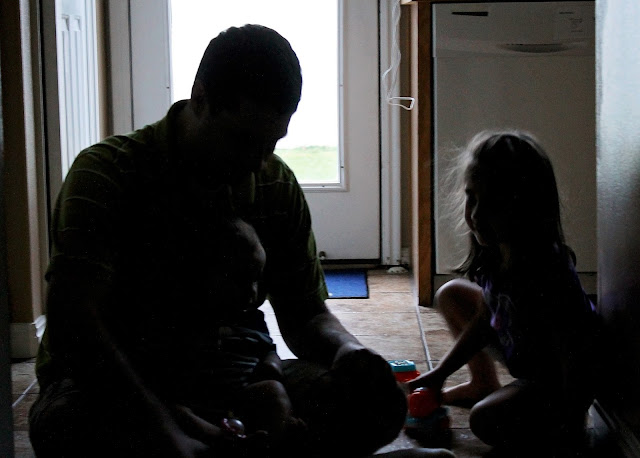 My Spider Soph climbing the big web at the Curiosity Museum 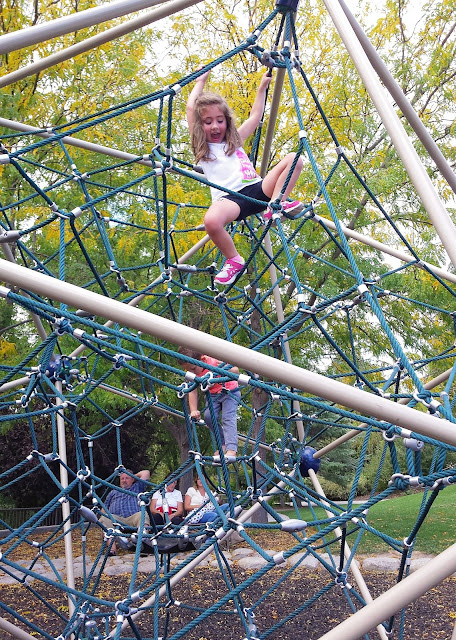 I was cutting a peach and Sophie saw the pit in the middle and said "Oh! A big chocolate!"


I told Sophie we were going to feed Davey some oatmeal that night. Clearly she is a little confused about how nursing works because she asked if I was going to take the milk out of my tummy and put in oatmeal instead :)

After a big rainstorm there were a bunch of stranded worms in our parking lot that soon shriveled up and died. Sophie saw them and said "those wormies didn't listen to their mommies and daddies. They just came out of the dirt when they weren't supposed to and got dead." I hope this is a sign that she is starting to absorb some of the lessons we are trying to teach her like look both ways to cross the street and stop at the corner of the sidewalk and wait for us.... or you might get dead.
Posted by Melanie Howe