I absolutely love this little boy. We all do. And he's growing so fast. While I've been busy with travel, and work, and Sophie, and all the day-to-day stuff, he's changed from a little newborn into a bouncing, drooling, giggly boy. He's at a fun age and really interacting with us more, but we are also staring to need to keep a closer eye on him. One night we suddenly looked over and he was holding a dinner knife, and the other day he wiggled right out of the bouncey seat. He is fast and really has perfected the two-hand grab, and will snatch anything that comes into his range. This boy's going to be trouble when he's mobile... 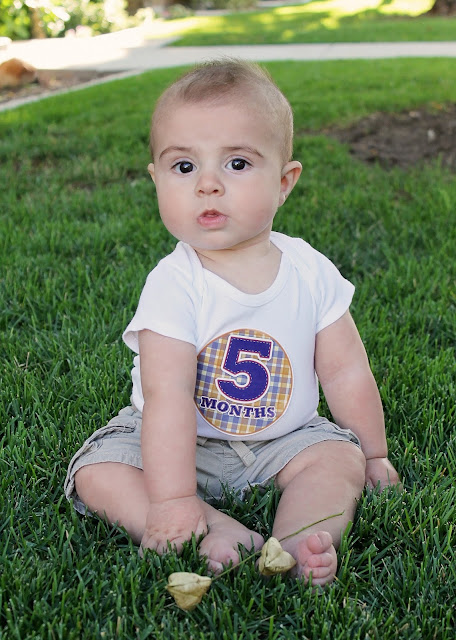 He loves to suck on his toes. If he had discovered his feet a month earlier it would have been great entertainment on our car trip. 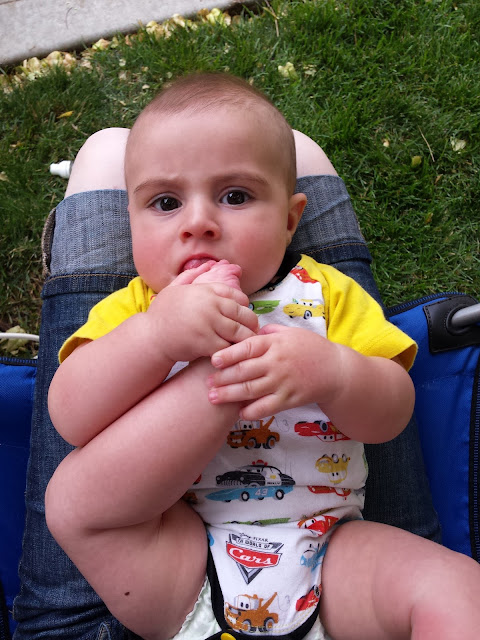 This was the first moment I actually saw him roll back-to-front. I find him in different positions and places all the time, but rarely see the moment he makes a move. 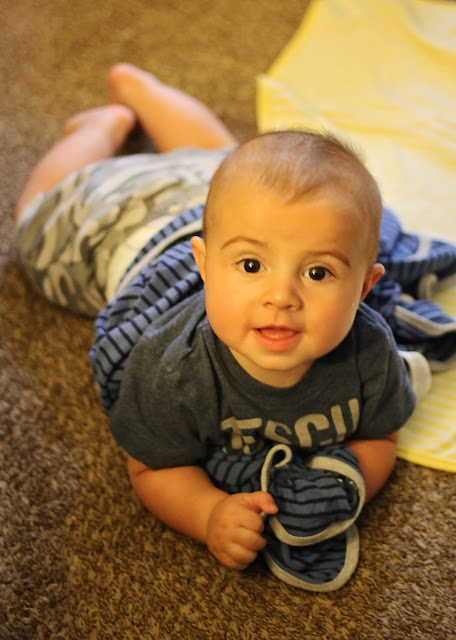 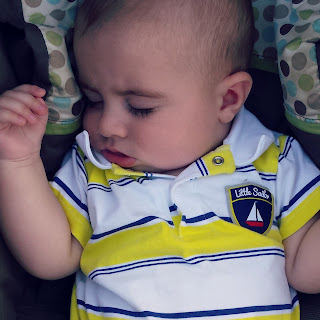 Anything he manages to get his hands on goes straight into his mouth - you have been warned! 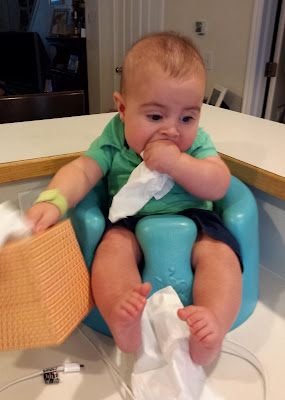 Video: Davey adores Sophie. I remember feeling guilty at the beginning for how much attention he was taking away from her, but I am so glad she will have a sibling to grow up with. I'm sure they will have plenty of fights, but he is going to be her buddy for life.