Back to Real Life

We traveled all but two days in July. It was busy, but super fun. Then August arrived and it was back to business. We had just enough time to go grocery shopping and take care of laundry before I went back to work, the kids started at a new babysitter, and Sophie began swimming lessons. Then a couple days later Dave left for Anaheim to attending a huge management conference where he presented a paper he had been working on, and met with a bunch of potential schools who are looking to fill teaching positions next fall.

Not the best photo, but you can see how excited she was about lessons on her first day! 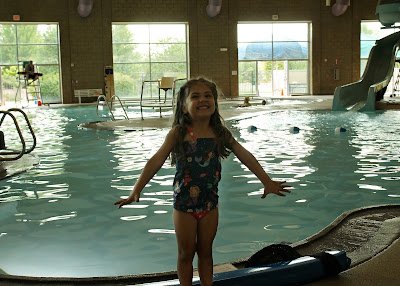 While he was busy interviewing, we held down the fort back home. I found the best strategy for tackling things alone was to be out of the house as much as possible because it meant no mess for me to clean up, and would wear the kids out. Work, church, and swimming lessons kept us busy, but we also spent time at the library, the dinosaur museum, the pool, or just out in the yard. I also made an effort to get everything ready the night before - breakfast and clothes laid out, lunches packed, car loaded - so the mornings would be less chaotic. Nothing can compensate for having Dave around though... Those were six long days and we were so grateful to have him back!

Doing puzzles at the library 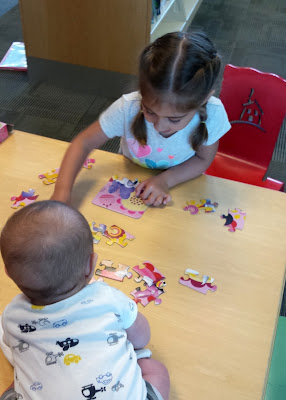 We went to McDonald's twice while Dave was gone. I found one with a playplace nearby and it really saved my sanity. 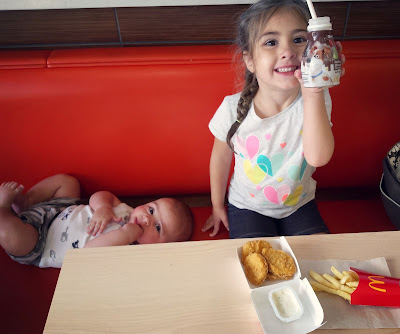 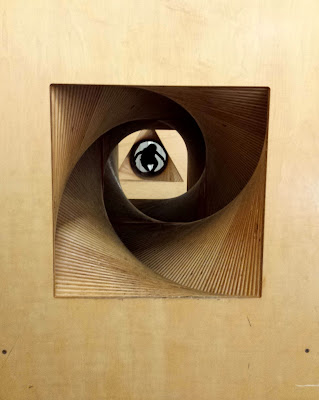 I tried to take the kids to the grocery store party, but the first time we were too early and they were still setting up the treats and activities so we left. The next time we were too late and everything was cleaned up. Sophie was so bummed because I had really talked it up, but on our way out a bakery lady handed her this bag of cotton candy. You should have seen her face. Thank you for saving our day! 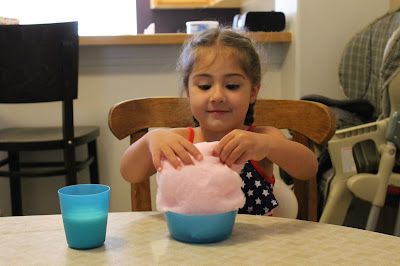 Let it be known that we were on time for 9 am church! After Sacrament meeting we dropped Sophie at nursery and then went to the mother's lounge. We spent the entire 2nd hour rocking/napping. We both needed the break. 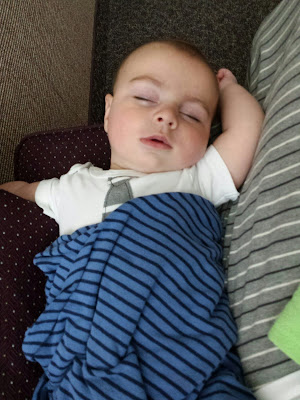 Sophie was thrilled to find a snail outside our door one morning. The poor guy had his eyes poked several times and wisely ran for cover after we went back inside. 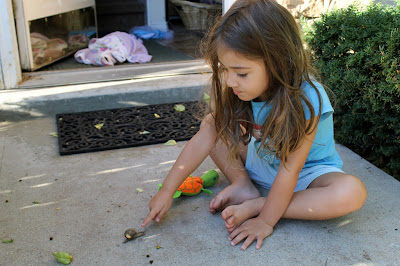 This jumper saved my life.  He LOVES  it and can spend 30-40 minutes bouncing, allowing me to get stuff done. It also wears him out :) 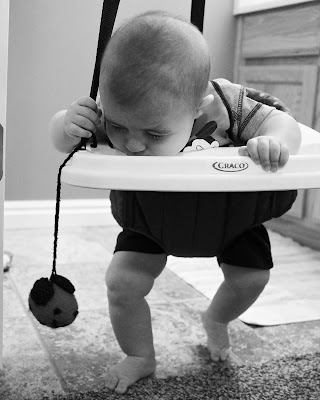 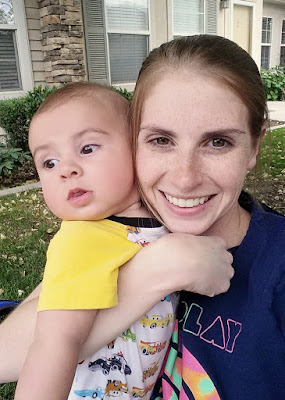 Hanging out in the front yard. I'm glad the weather is finally changing from scorching to tolerably warm. It's been nice to spend time outside again, although Davey clearly doesn't love grass yet. 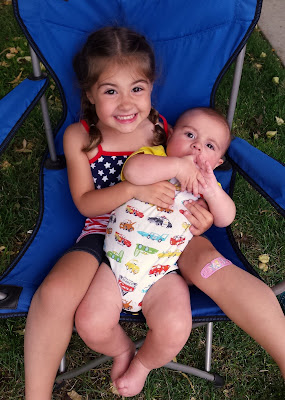 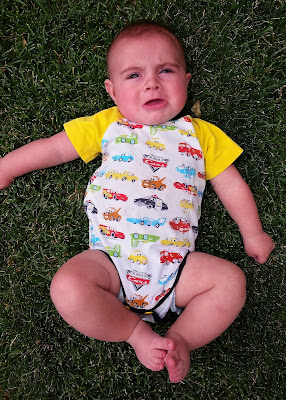