Davey is now four months old! Time seems to be going so much faster with him than Sophie, and I can't believe how fast my little boy is growing. We took him in for a check up (and shots, poor baby) on Monday and he is just thriving. Current stats are 26.5 inches (95%) and 16 pounds 15 ounces (80%). We really put him to the test with a road trip to Seattle and he did very well. I'm hoping our flight to Texas tomorrow goes just as smoothly. We are excited for him to meet our friends and the rest of the Howe family! 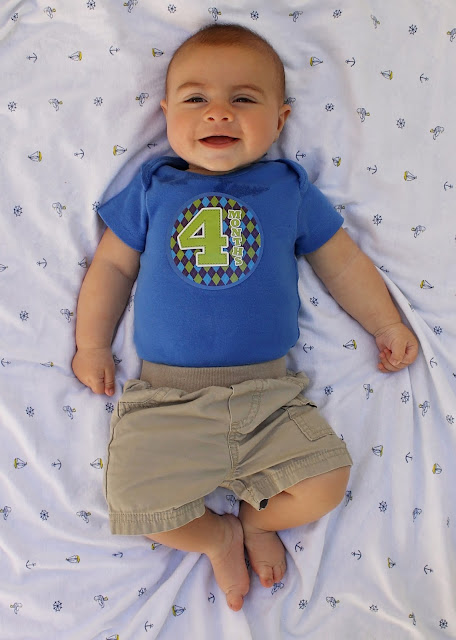 Davey at 4 Months
Took his first bath without the bath seat. At first he screamed, but now LOVES splashing in the water and his legs kick a mile and minute the whole time he's in there. 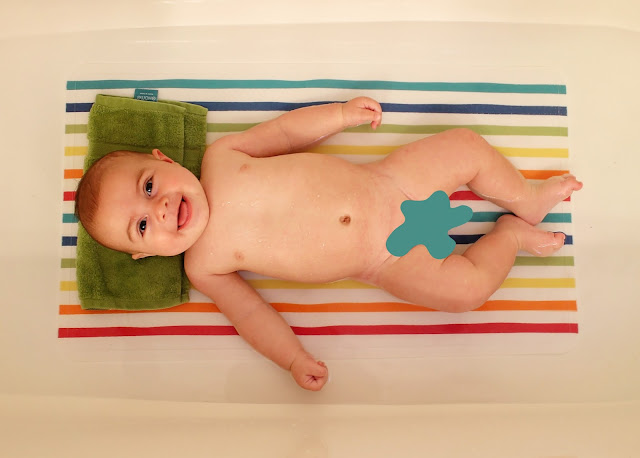 Getting acquainted with the baby (and momma) in the mirror 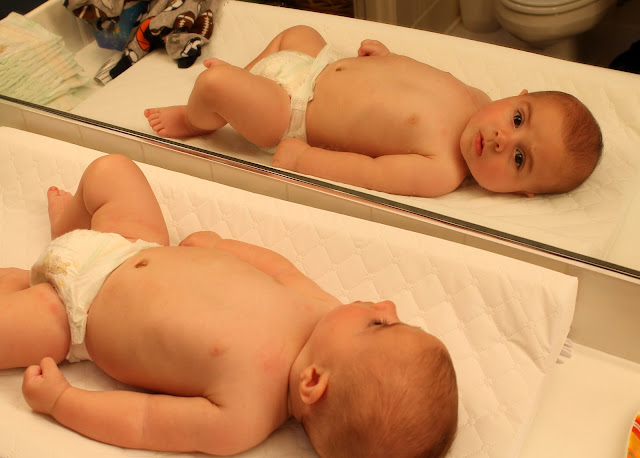 My parents have a walker that we used while we were visiting. He did really well standing in it, and after a few days starting scooting along. By the time we left he was cruising both forward and backward all around the kitchen. 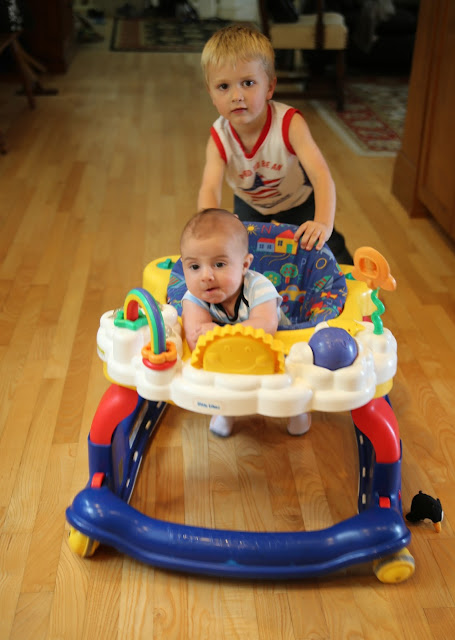 Has discovered his toes! He is always curling up his feet now to try and grab them. 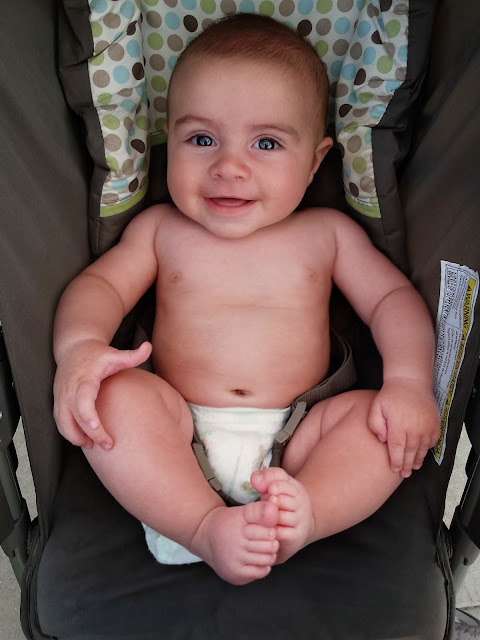