Davey reached the 2 month mark on Wednesday. He is growing like crazy and really is an awesome baby. His check up isn't scheduled for another couple weeks, so I don't know exactly how big he is, but I would guess somewhere in the neighborhood of 14 pounds and 24 inches. I'm starting to think the size 12 month Christmas sweater I found for him is going to fit in July instead of December :) 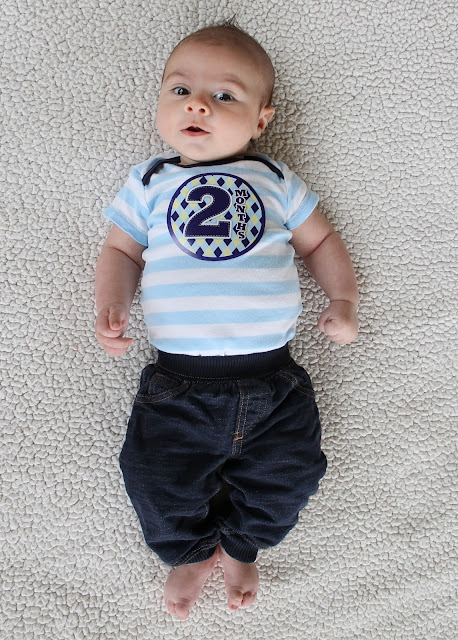 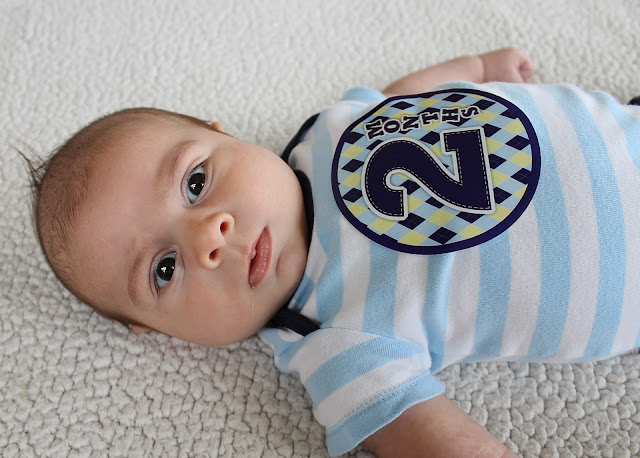 He is capable of smiling, but we also see a lot of this serious face... 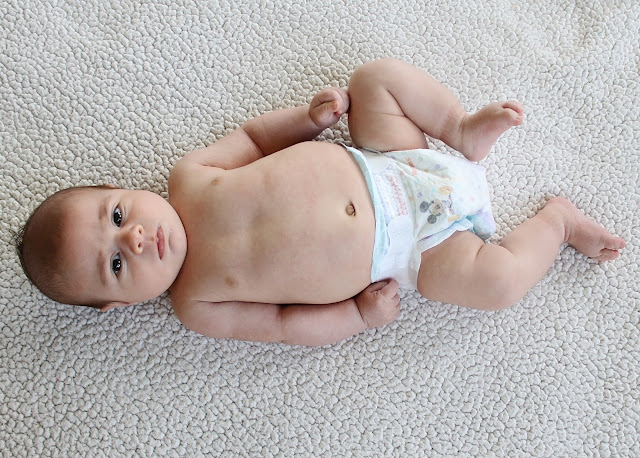 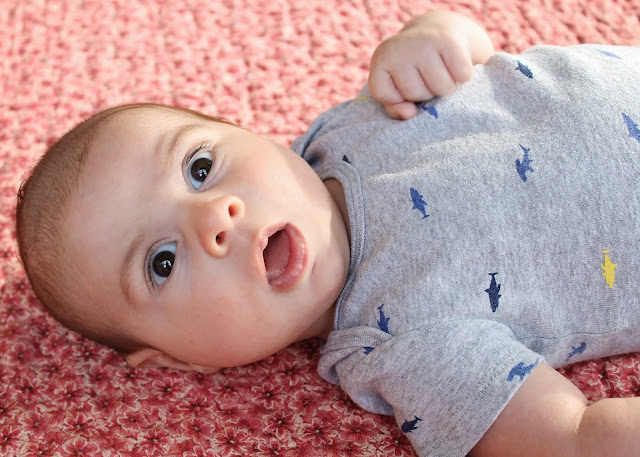 Davey is also starting to enjoy nakedness, just like his sister. 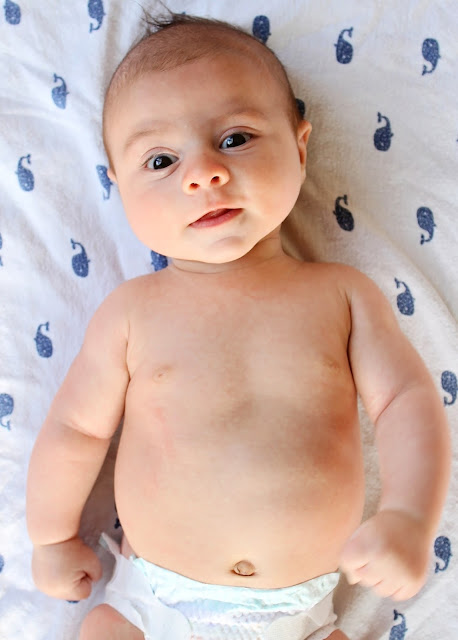 He has always been good a tummy time and is happy to look around for awhile before starting to fuss. When he was a little baby he was able to roll from tummy to back, but then he got fat, and we haven't seen him do it for awhile. Now that his strength is starting to catch up to his size, rolling might not be too far off! 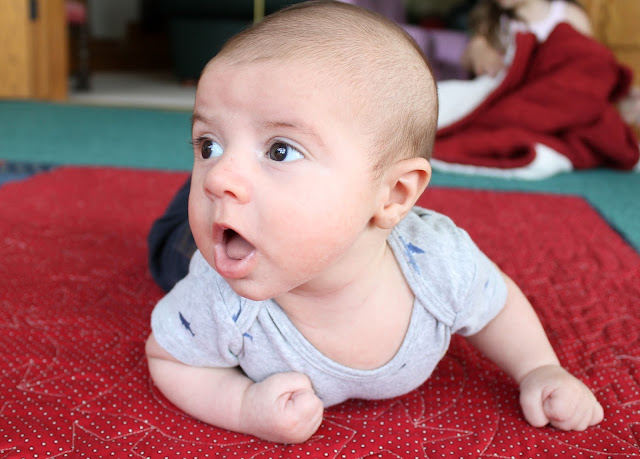