We made it through the first two weeks and are honestly doing great! I don't know if it's because Davey is just an easy baby, or if we just know what to do this time around, but so far two kids hasn't been as hard as I thought it would be. I know that we are still in the sleepy newborn phase and things could change drastically when he "wakes up", but I'll take it even if it only lasts for a few weeks!

This boy is a great eater and has already gotten back to his birth weight, plus a few ounces. He isn't much of a spitter, but when it does come up, it ALL comes up. Our sheets are always nice and fresh because they're being washed at least once a week. He doesn't seem to have the day/night reversal that Sophie had for the first few months, and sleeps for 3-4 hour stretches at night. He is also starting to learn that diaper changes are a fact of life, but still has very strong feelings when it comes to bath time.

And now a whole ton of pictures: 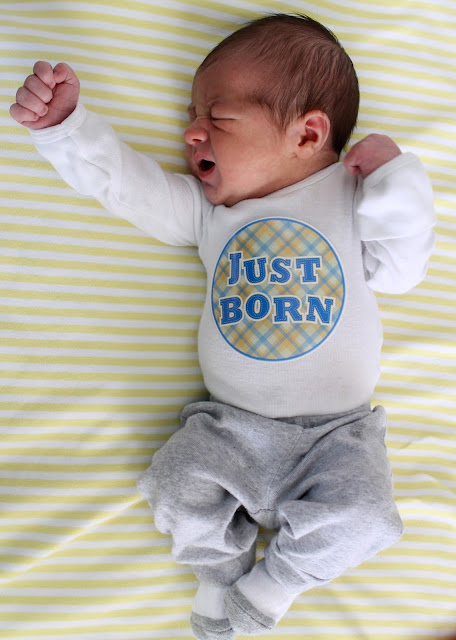 I love the faces he makes after a feeding 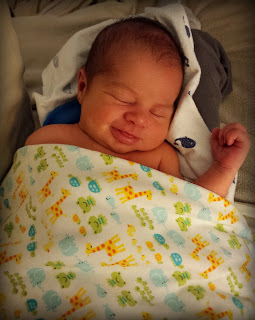 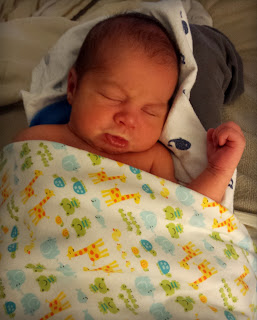 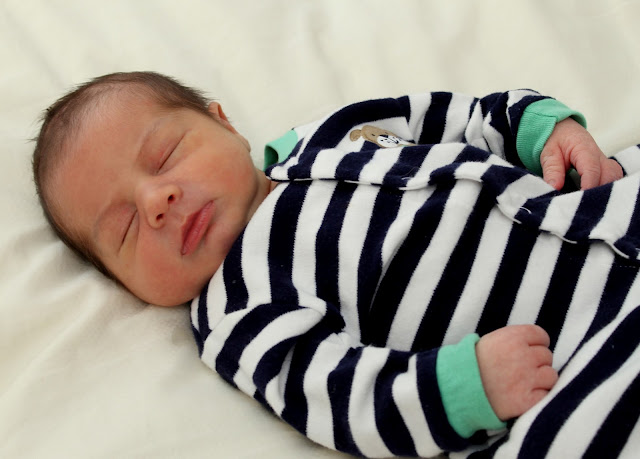 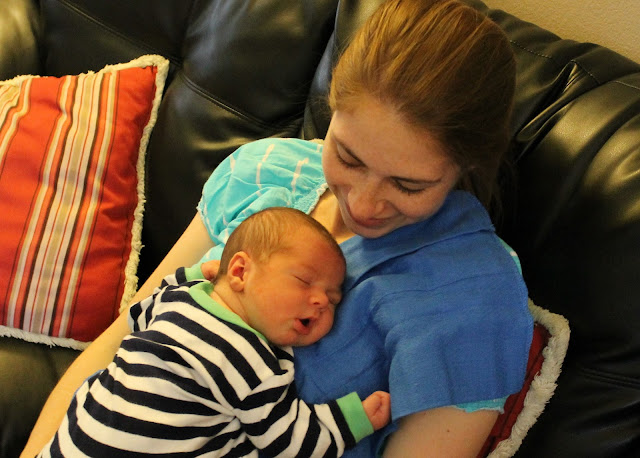 His hair is always extra fluffy after bath and I love it! 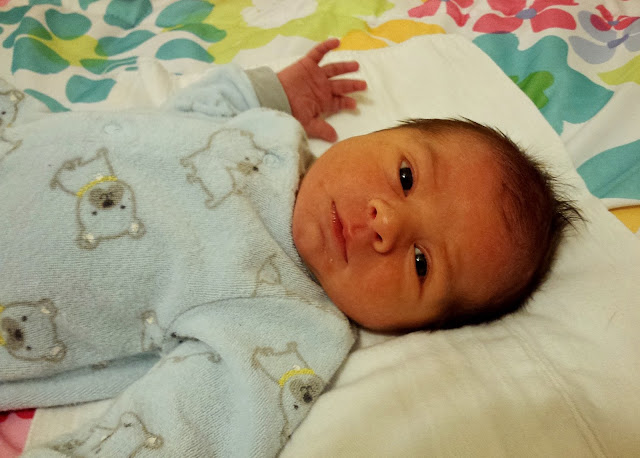 The picture I used for his birth announcement. For the card I cropped out the "Seahawks" writing on the blanket, but I am teaching him young to ensure he supports the right team. 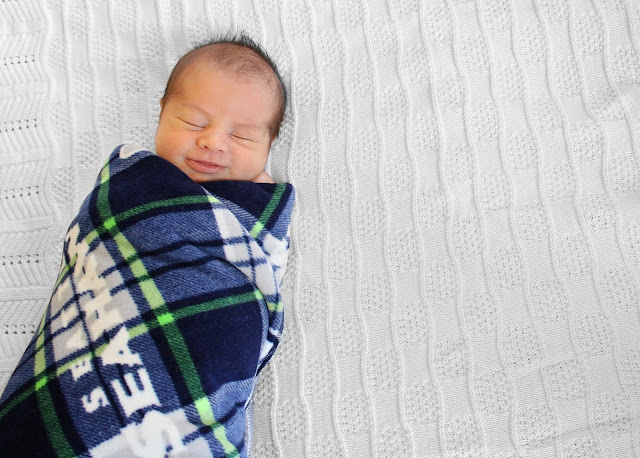 First picture of our family of four 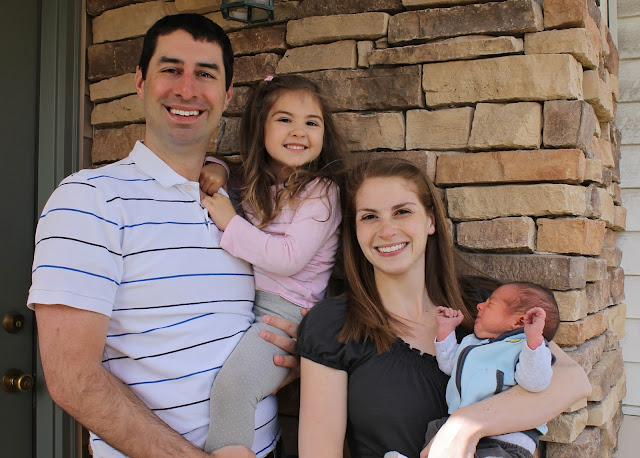 First outing in the double stroller - it's a beast! We got it for $40 on KSL (retail is $220) and so far it's been working great. Sophie is excited to use the "sit and stand" seat once Davey graduates from riding in the infant seat. 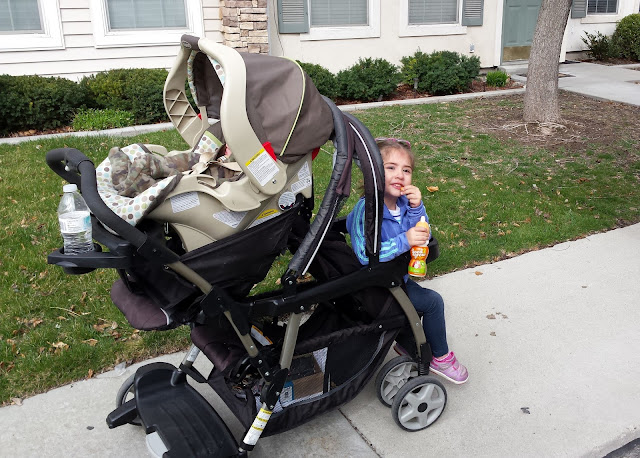 Video: Experiencing the joys of having an older sibling

He has a love/hate relationship with the binky. He acts like we are trying to poison him when we stick it in his mouth, but once he settles in it brings him a lot of comfort. 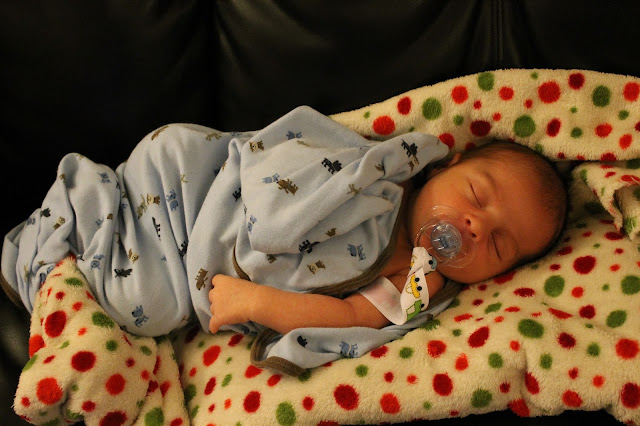 Surfing the internet with dad 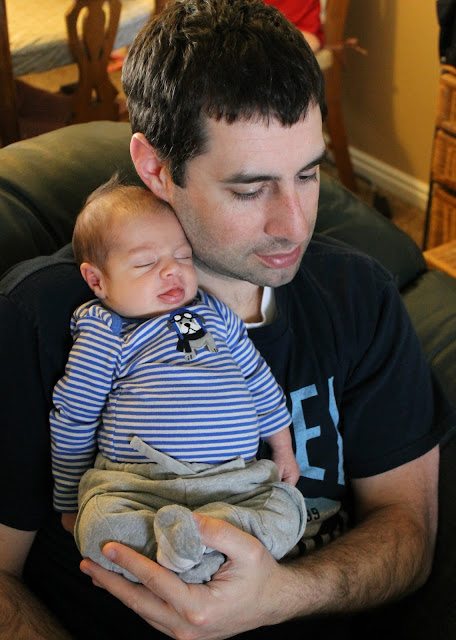 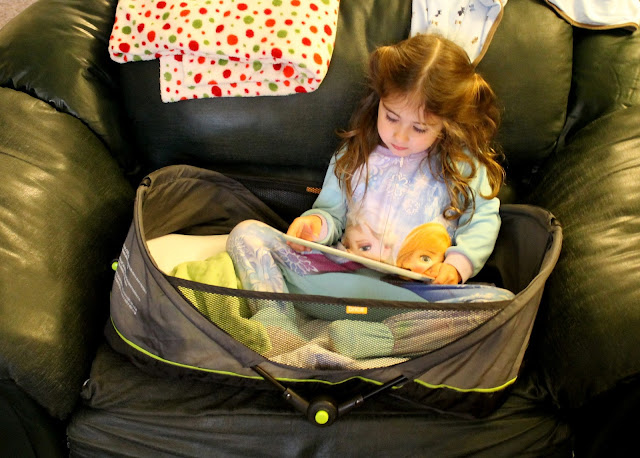 The king on his laundry throne 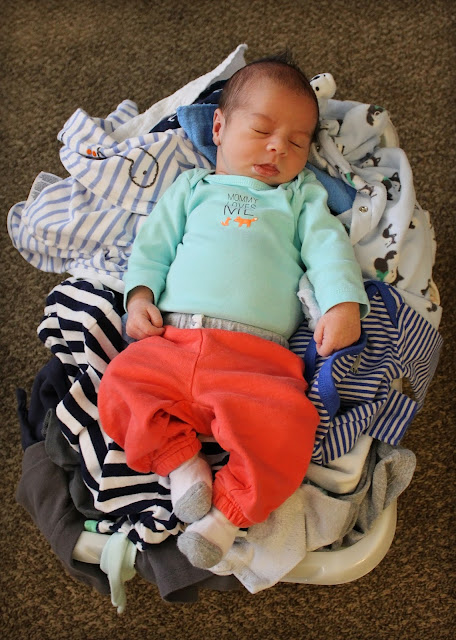 We skipped newborn size clothing completely and he fills out the 3 month size just fine. It was a little sad to take all the tiny little clothes out of his drawer without him ever wearing them :( He is also already in size 1 diapers. 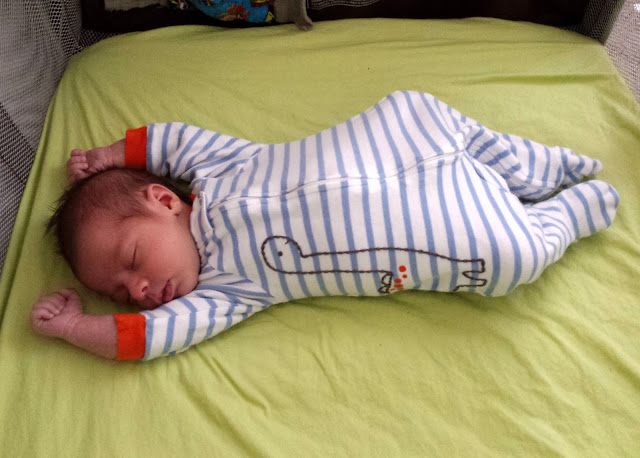 Sophie has been great at fetching binkies and diapers, but otherwise hasn't shown too much interest. Yesterday she did climb up on the bed to lie next to him, so maybe the ice is starting to break just a little. 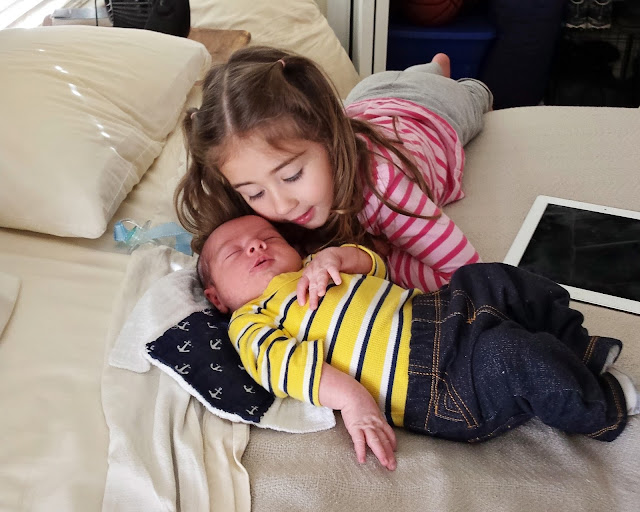 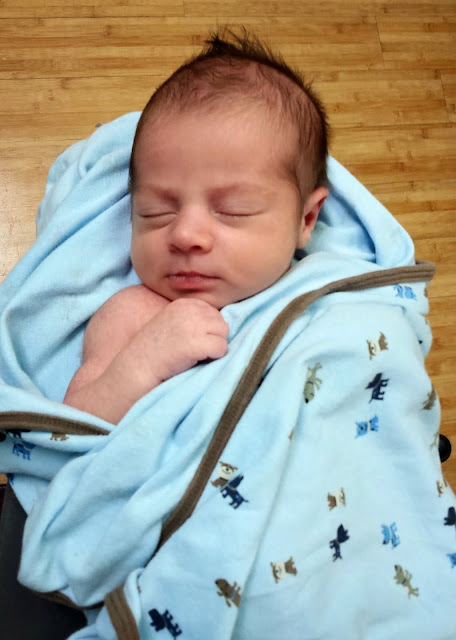