On Monday night we took our girl who loves cold-blooded critters to see some snakes and lizards at Scales and Tails. Their main business is bringing animals out for shows, parties, assemblies, and other events, but a few times a week they have open hours at their warehouse where the public can come in and see and handle some of their animals. It's like a really strange pet store....

We were the only people there for a while and Sophie had a great time looking around and was thrilled to pet/hold whatever they showed her. Towards the end of the night they fed some of the larger animals, which was neat and slightly scary at times. Alligators are pretty lively when you start to wave a chicken leg over their head! Sophie was fascinated by it all and stood right up front during the feedings. My younger self would have been appalled to see all those little mice and rats become dinner, but it didn't seem to bother her at all. It was fun to watch her see these animals she loves so much!


She was really disappointed she wasn't old enough to hold the tarantula, but she did get to handle several small snakes, a flat little turtle named Skillet, and hold a python on her shoulders. 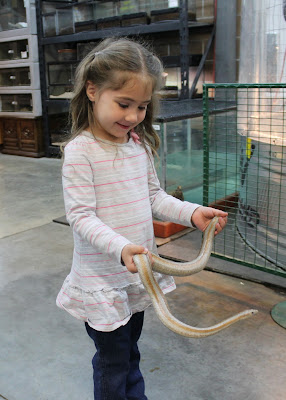 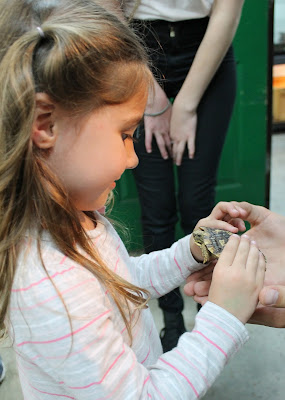 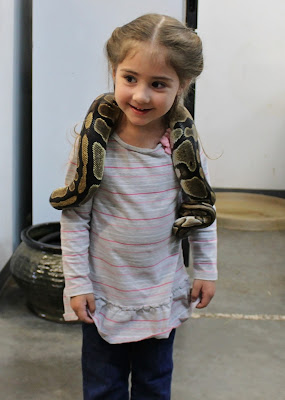 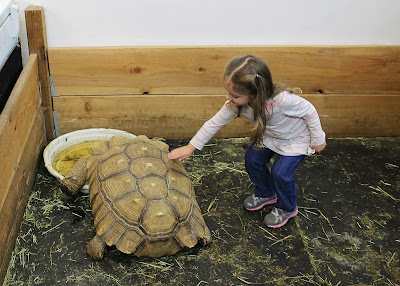 This is Gatorade, and he stared at me eerily for several minutes 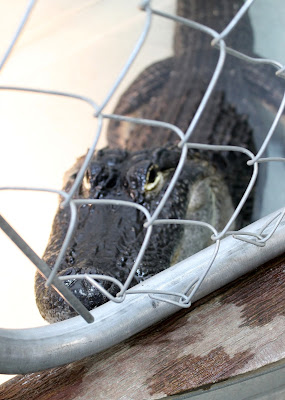 Face to face with Hydro the water monitor, the second largest lizard species in the world 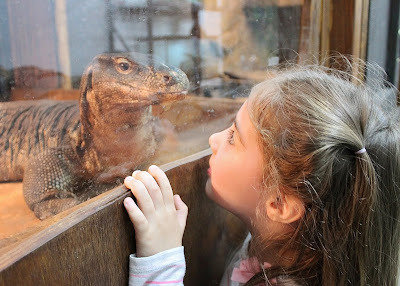 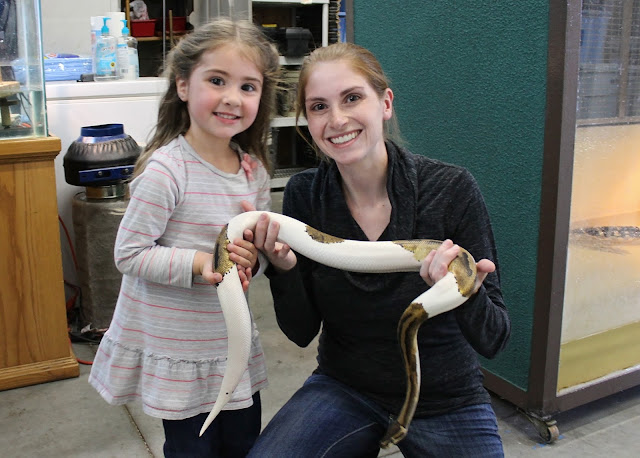 And one of Davey, because even though he came too, he felt left out of this post 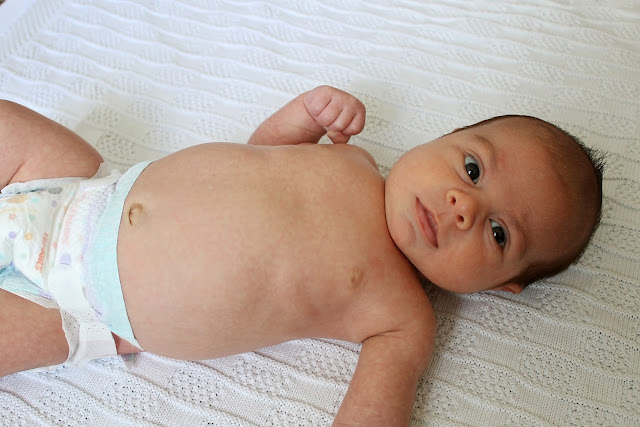 Oh my gosh my kids would freak out!! I told Will there was a snake in the bushes and he kept a very WIDE parameter around them rest of the today and kept telling me the grass was hissing...