A week before I was due, we rearranged Sophie's room to make space for her new bed. Ideally we would love to just have a third bedroom to use for the baby, or guests, or an office, but since Dave is almost done with school, we decided it was better to just make it work. It's not worth the process of moving and paying more rent to gain another bedroom for just a year. I also decided that I'm not going to bother changing any of the colors or decorations. I'm pretty sure Sophie would have a problem if I got rid of any of her stuff, and that brother won't mind the pink :)

It was a little sad to move her out of the crib since it was the last vestige of babyhood for her. She'd already given up diapers, binkies, the high chair, sippy cups, etc... but still had the crib. We knew it wouldn't be a hard change, though since she had already been sleeping in a regular bed every time we traveled and at the babysitter's house.

Before photos are on top, and the new arrangement is below. I was actually surprised that we were able to make it all fit. We lost one set of plastic storage drawers, and the rocking chair had to move in front of the closet, but we were able to keep everything else and still have some floor space for her to play.


Looking into the room 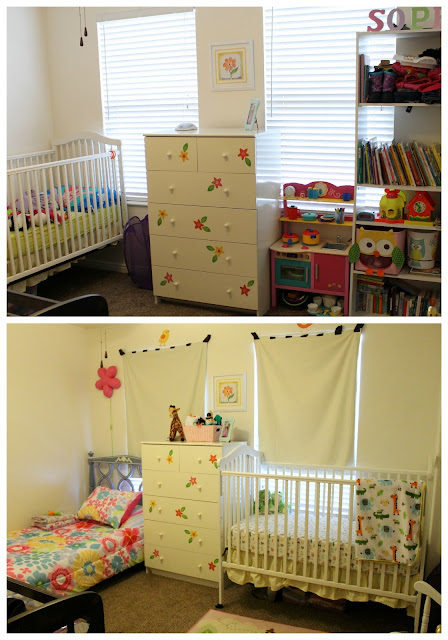 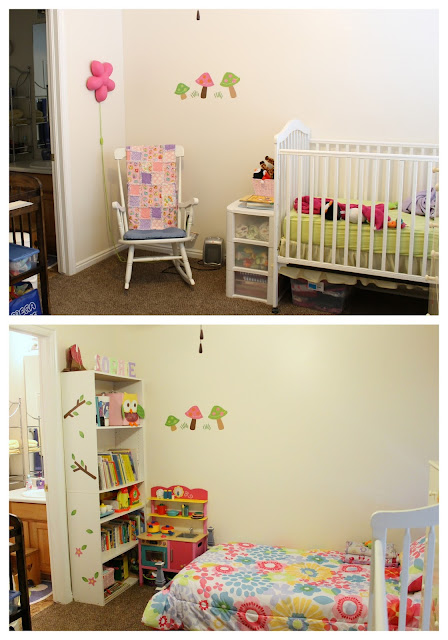 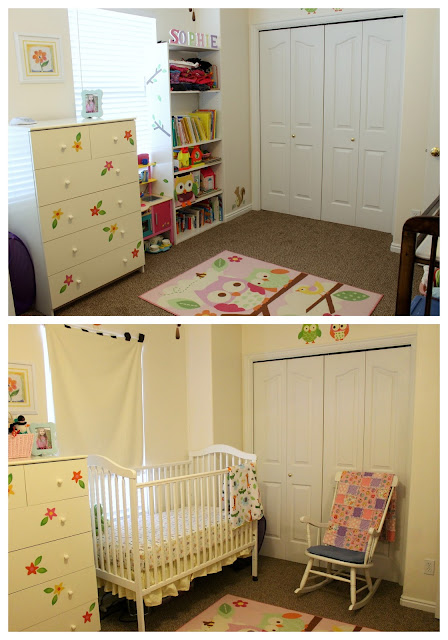 The bed is one that my parents brought down from Washington. It was my mom's bed when she was little, then mine when I was growing up, and now it's Sophie's! 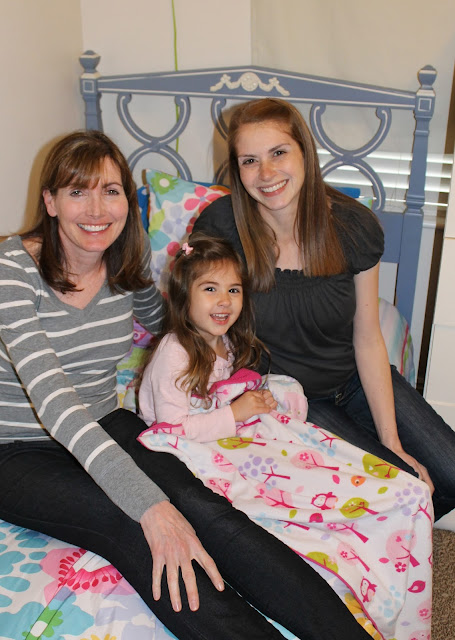 For the first few naps and nights she did great and stayed in her bed until we came to wake her up. Then about a week in she discovered that she could get out and wander and for a few days I was really worried that naps were going to be a thing of the past. She would take all her books off the shelf, dump out her toys, get a million kleenexes, cry because she wasn't covered, etc... One time she unrolled a whole roll of wrapping paper that I had been keeping under her bed, and another time we found her in the hall trying to advance the laundry because she heard the washer finish it's cycle. Luckily the novelty wore off after a few days, and we are now back to "good" Sophie who sleeps like a log. 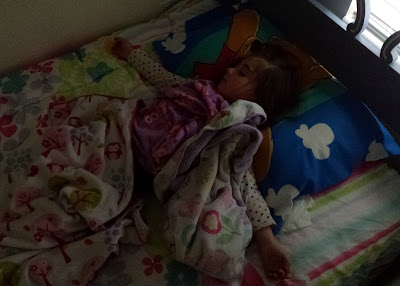