Wild Wednesday at the Hogel Zoo

The zoo here in Utah has free admission on the last Wednesday of each of the winter months. We were out of town for both the November and December free days, but were able to make it in January. Sophie and I dropped Dave off at the U of U campus, and then went over to the zoo to see the animals. It was a cold, clear morning with temperatures below freezing, but we've spent so much time indoors lately that it was nice to be outside for a few hours. Pushing her around in the stroller definitely wore me out though! When we got home we both went down for naps :)

Sophie's favorite animals were the snakes, lizards, and turtles. Even though we see those each week at the aquarium, that's what she wanted to see at the zoo too. This girl loves her reptiles! 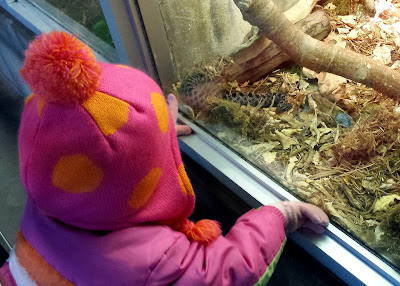 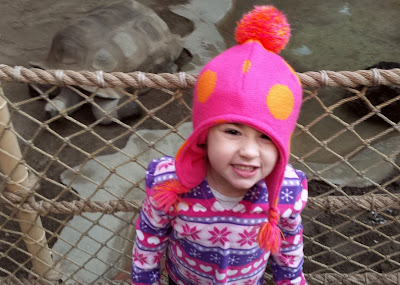 I had Sophie bundled in two coats, a hat, and gloves but she was still cold so I gave her some hand warmers - she loved them! 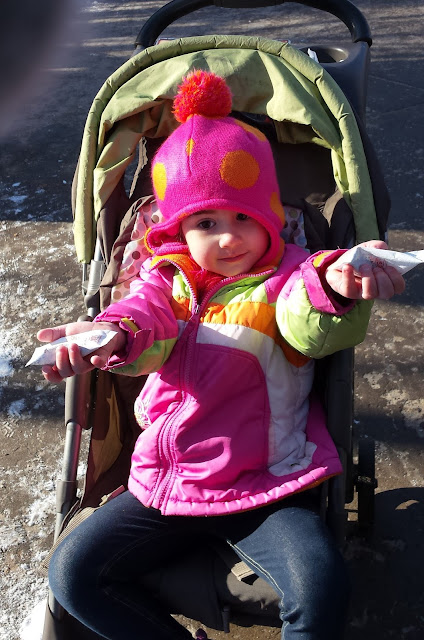 All the African animals were in their barn so we weren't able to see any giraffes or zebras, but the tigers didn't seem to mind the snow. They were both awake and active. 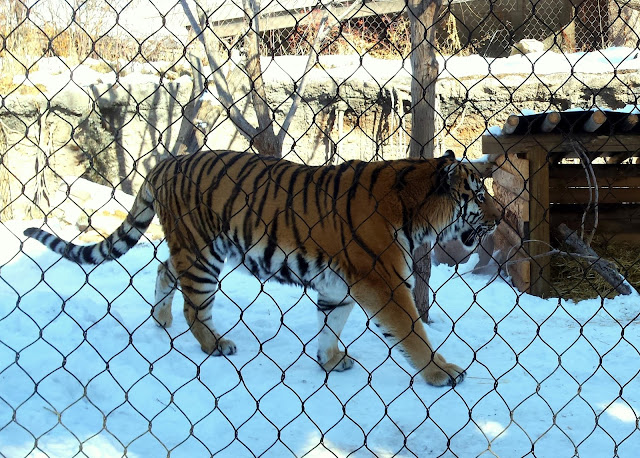 Sophie's second favorite animals were the seals. I liked them too because there was an indoor viewing area so we could be out of the cold for a while :) 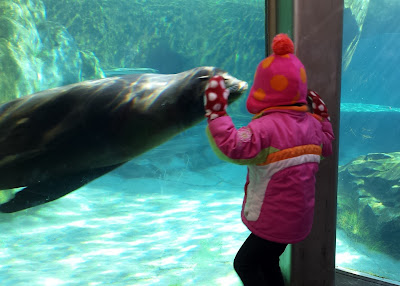 On our way out we passed the carousel. I started to tell her that it cost money so we weren't going to do it,  but she said right back to me, "Ok, how about you go pay the money and I will ride it!" I gave in and she chose to sit on a tiger. It was probably the highlight of her visit! 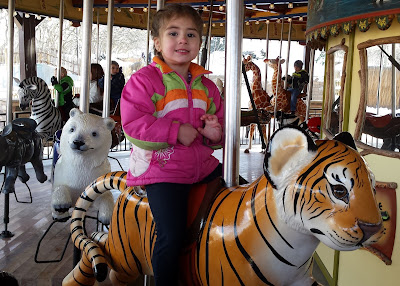 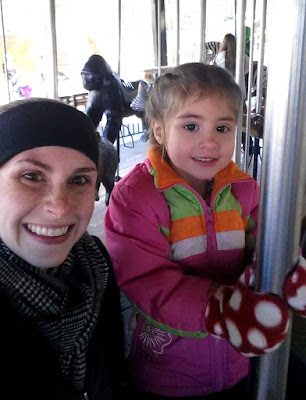