We have been looking forward to the new Provo Temple ever since it was announced in conference four years ago, and I'm glad we are still in Utah so we could attending the Open House! We missed getting tickets the first round, but were able to get some a week later when more were released.

We went on a Monday holiday, so crowds were probably heavier than normal, but it still an amazing experience! Everything was beautiful - the woodwork, the fabric choices, and especially the murals in the Instruction Rooms. I hope we can attend a session there before Dave is finished with school and we leave Utah.

We went on a dark rainy evening so the ground didn't look quite like this. We'll have to go back in the summer to walk around when it's nicer weather. 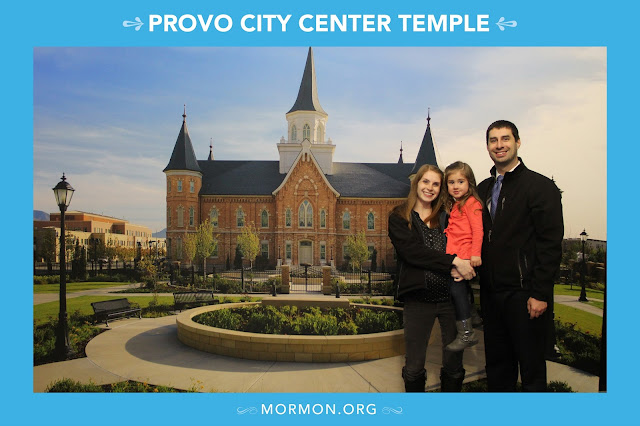 This is what it actually looked like for us 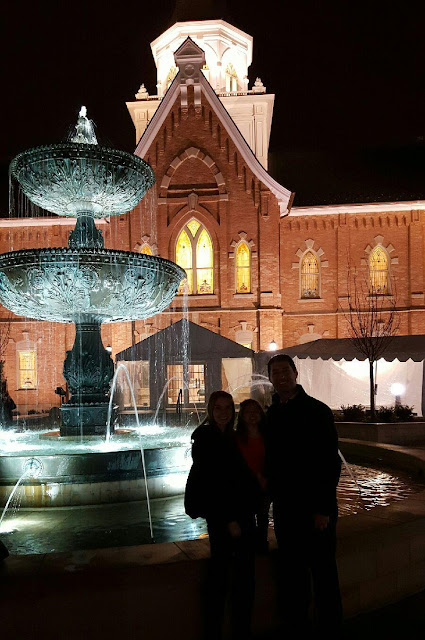 When we went to the Payson Temple Open House last year Sophie refused to wear the protective booties so we had to carry her for the whole tour. This time she did much better (I told her they were like ice skates) and she was able to walk all by herself. 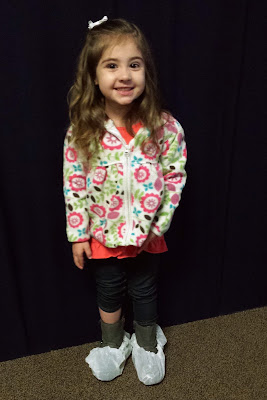 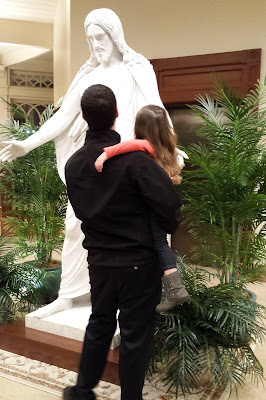 My brother Derek and Faye (his fiance!) joined us for the tour 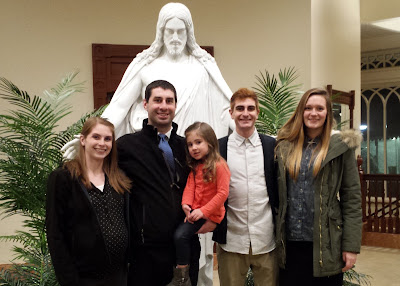