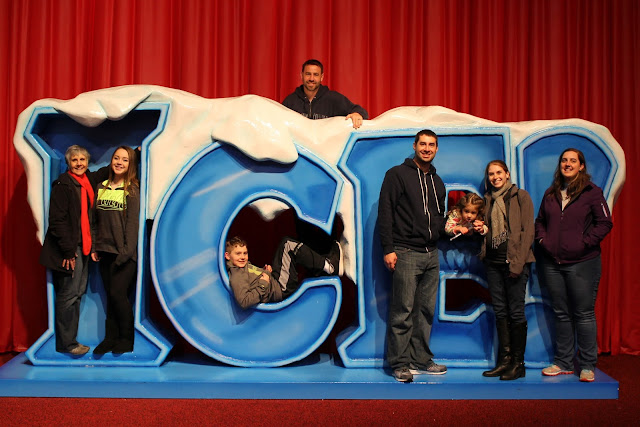 On New Year's Eve we went to see ICE! with the family at the Gaylord Marriott Resort. We got there early to avoid lines and had time to look around before going in. The resort in and of it's self was amazing, especially since it was still decorated for Christmas. We were also there on the morning of the Cotton Bowl and this was the official hotel of Michigan State, one of the teams playing, so there were people everywhere. 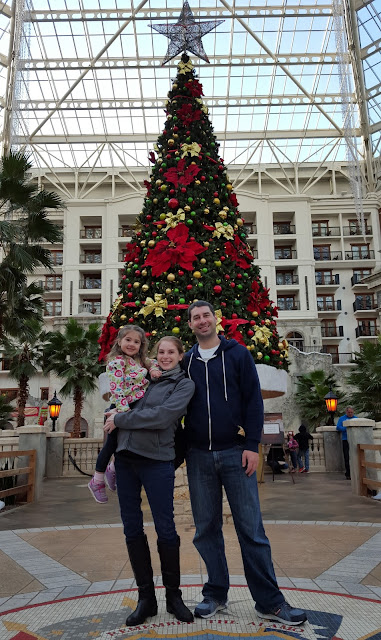 The theme this year was "Christmas Around the World". The exhibit featured holiday scenes and people from many different countries. In all there were over 2 million pounds of carved ice and it is kept at a chilly 9 degrees to preserve the creations. We brought coats and gloves to stay warm, and then they also give you another overcoat, but it was still pretty cold inside! 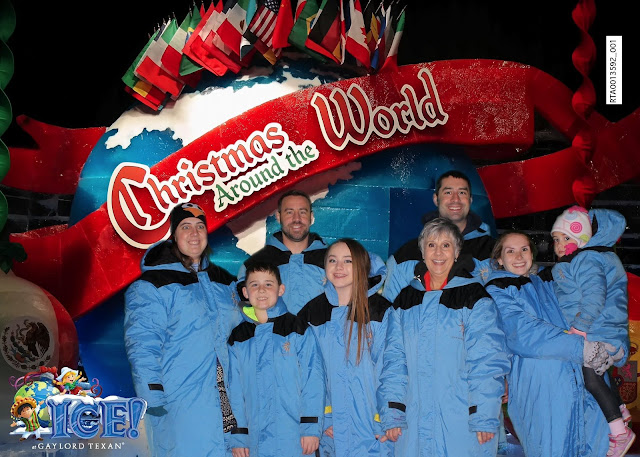 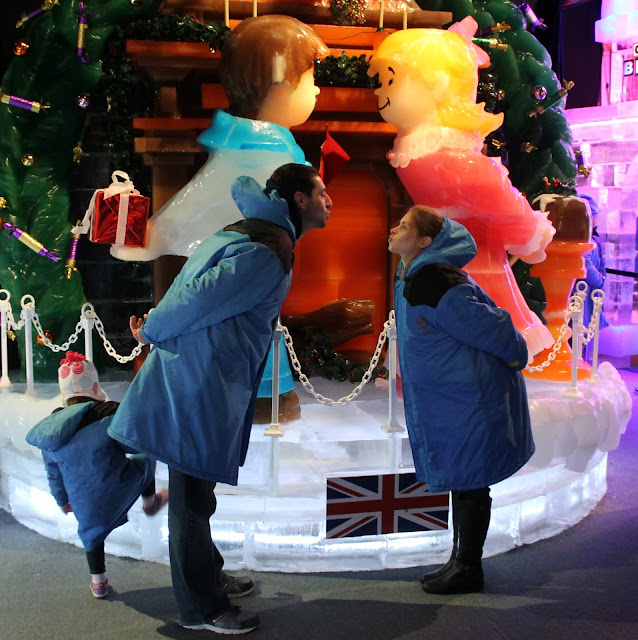 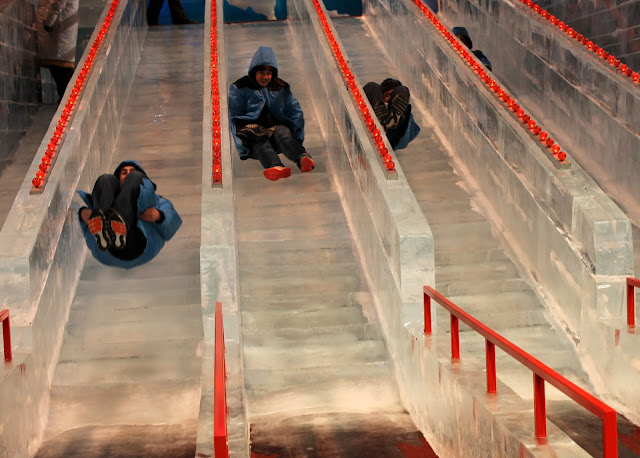 Sophie really struggled with the cold, but this is proof she did have some fun :) 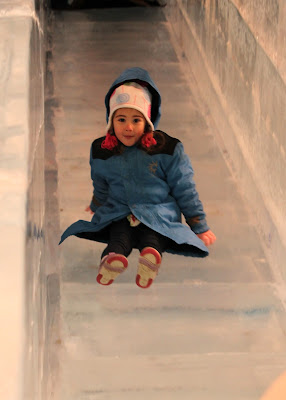 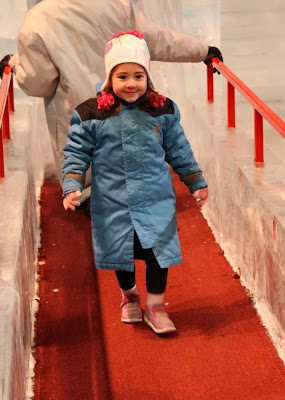 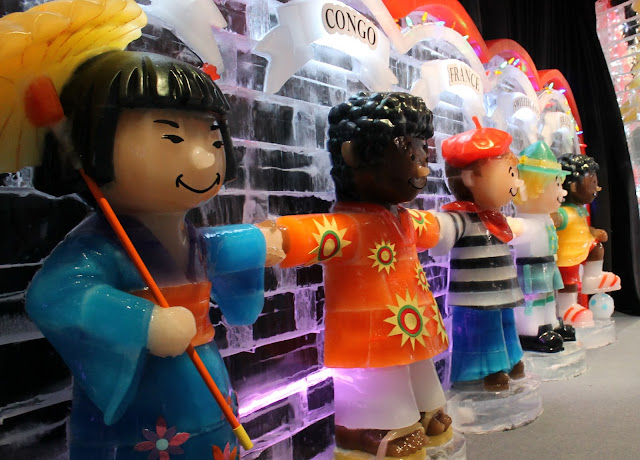 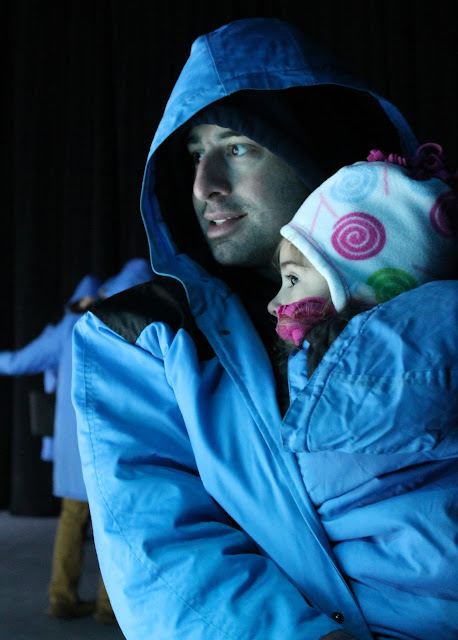 The final scene is a nativity carved from crystal clear ice - beautiful! 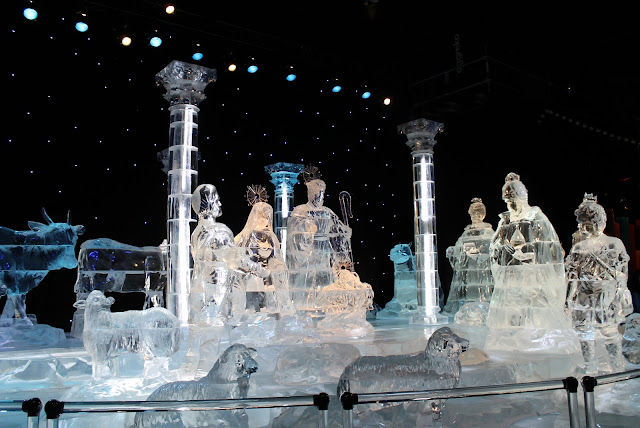 At the exit there is over-priced hot chocolate that even my frugal self couldn't turn down. It felt so nice to hold and drink something warm. 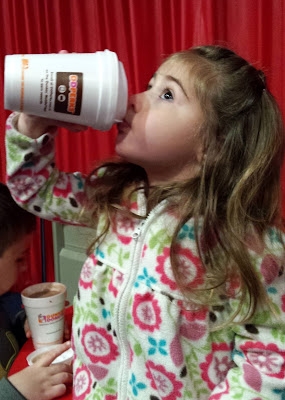 Before going home the group did some indoor snow tubing. It was just a little hill, but Sophie really, really loved it! Hopefully she will think the real thing is just as fun next year when we take her up to the mountains in Washington. I was just a spectator because of baby boy, but I ran into one of my childhood friends while I was watching that I hadn't seen in years, which was really fun. 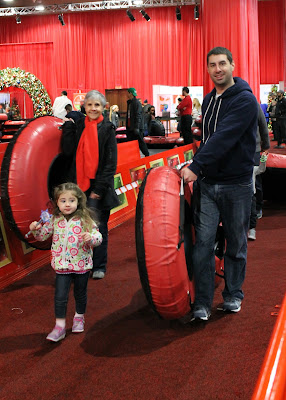 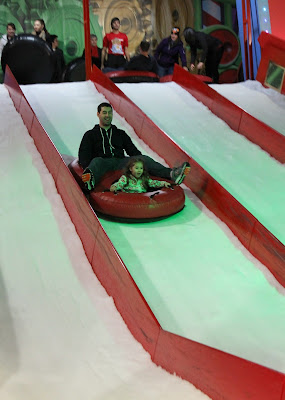 And I don't really have a caption for this last one... love my family! 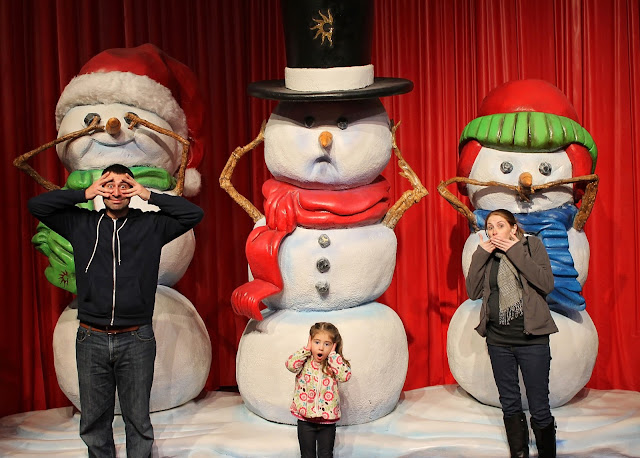 What a cool place ICE is. I hope I get to go somewhere like that someday. I'm glad that you had such a fun Christmas break.

Wow that looks like such a COOL place...haha, oh man. Really though. Looks fun!