For the past two years we've visited the Santa at Riverwoods, but when we were down in Provo this year it was bitter cold and very windy so we never made it. I checked the local holiday guide to find an alternative and found that Santa would be visiting the Riverton City Park for Holly Days. We drove out tonight and weren't sure what to expect, but it was a fun, little free event - perfect for a two year old!


We arrived right when it started and were able to enjoy all the activities while the crowds were light. And this time we were dressed for the cold weather! Our first stop was Santa, and Sophie put in her request for a pink umbrella. It's something she's wanted for months now and I think she'll be happy when she sees what Santa brings her on Christmas morning :) We also frosted a cookie, enjoyed some hot chocolate, roasted a marshmallow, made an ornament (which we forgot at the park), and took a train ride.

In line to see Santa - she was so excited! 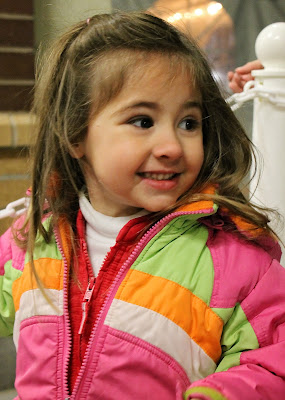 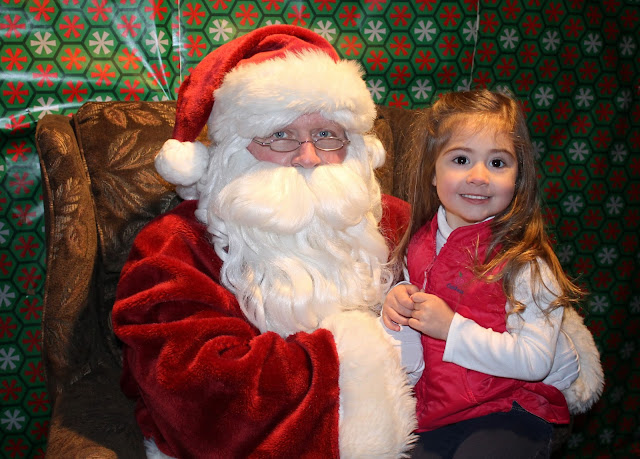 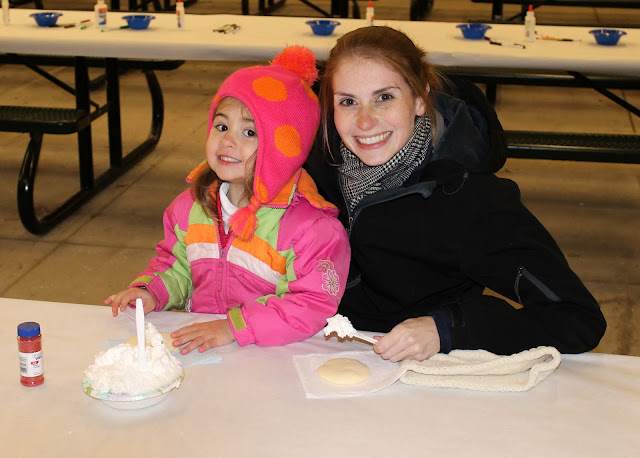 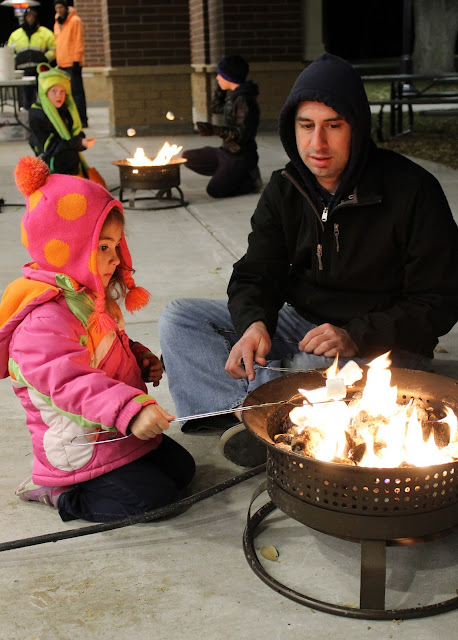 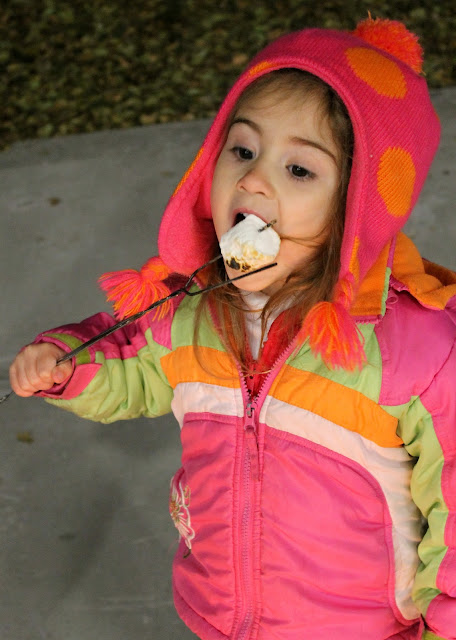 We paid to ride the $2 train. Dave stayed behind because he wouldn't fit in the little cars, but Sophie and I enjoyed a very bumpy ride around the park. They had lights and story boards of "The Night Before Christmas" set up around the park that we fun to look at while we bumped along. 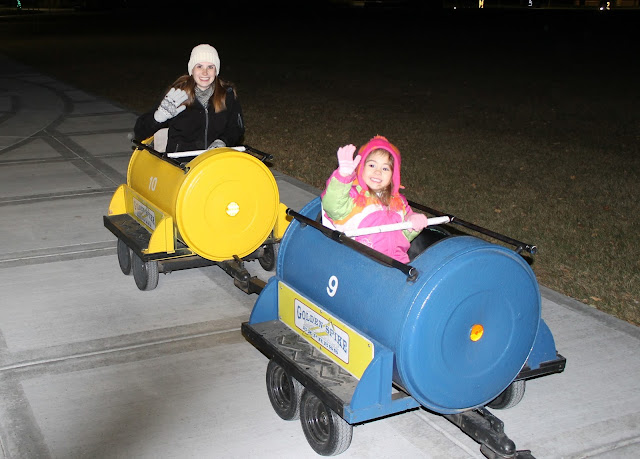 On our way out we asked Sophie if there was anything else she wanted to do, and she decided she wanted to see Santa one more time. We got back in the line and she gave him a good hug before saying goodbye. 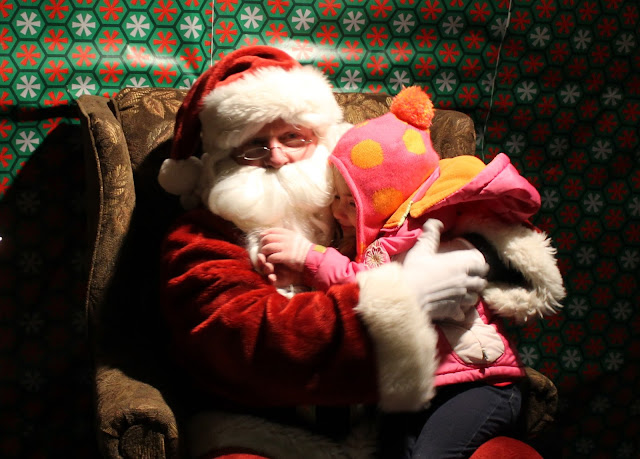