I've been putting off the Christmas post because I took a cute video of Sophie on Christmas morning that I've been hoping to find on my phone or computer, but have finally come to accept the fact that I deleted it by accident :( I'm a little sad about it, but nothing can be done. Next year I'll be more careful!

Sophie was so excited for Christmas, but still didn't fully understand everything. On Christms Eve she opened some new pajamas and we helped her set out some cookies and milk for Santa , but she thought the plate needed something else so she also added some goldfish crackers :) 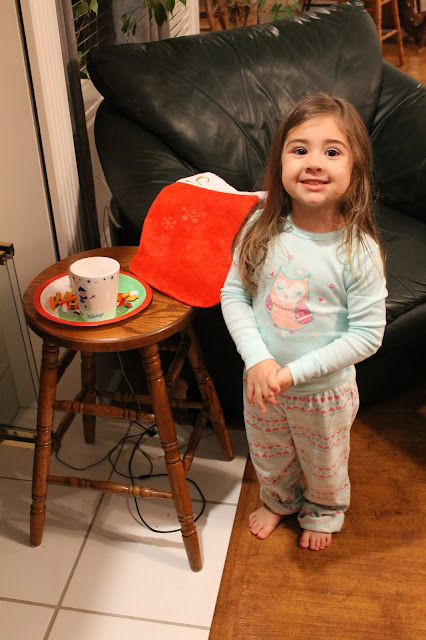 Sophie chose to have grandma put her to bed this night, and while they read bedtime stories we played games with Liz and Dave's dad. 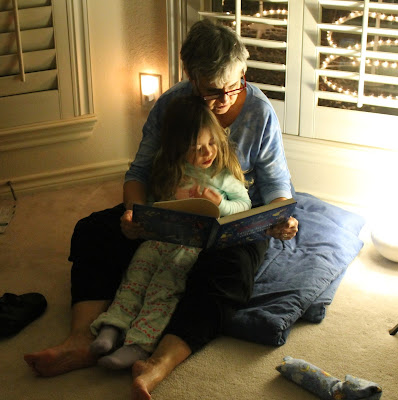 In the morning I went to Sophie's room and asked her what day it was and she said, "A cloudy day?" When I said no, think really hard she said, "A sunny day?" I guess even with all the hype for the last month, she forgot it was Christmas. When she saw the presents under the tree, though, she was pretty excited! 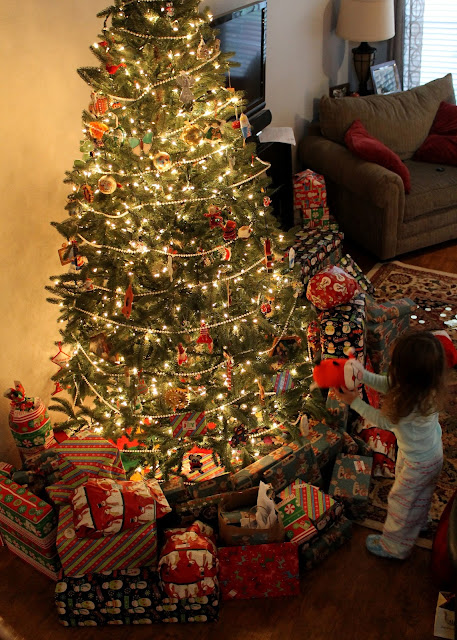 The presents had to wait until the rest of the family came over in the afternoon, but she did get to open her stocking and found the pink umbrella she had been wanting Santa to bring her since June. 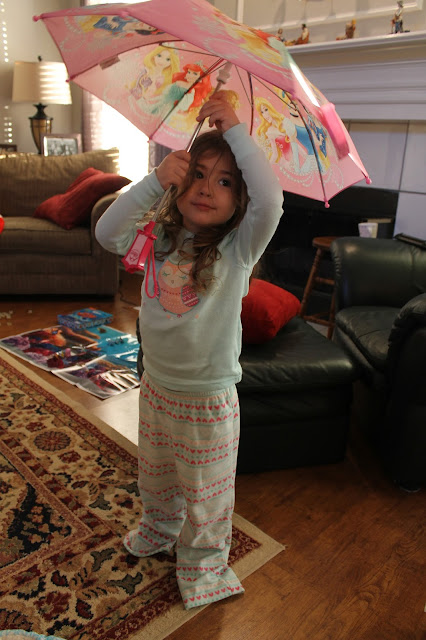 Let's just say it was all she was ever hoping for :) 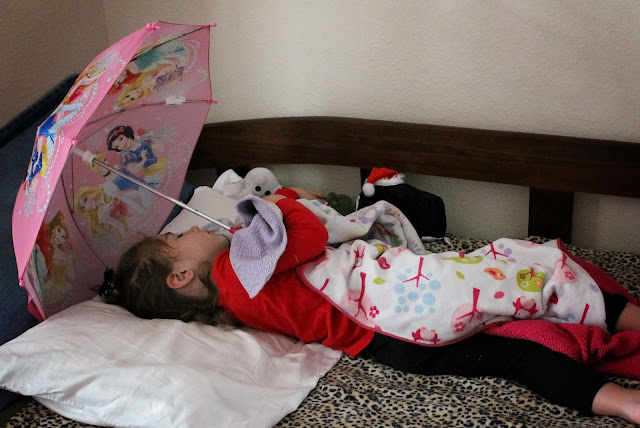 The rest of the day went great. The family came over around 4:00 for presents and we were once again spoiled by some great gifts. After presents we had a delicious prime rib feast and managed to fit all 15 of us around one table. We are so glad we were able to make the trip to Texas once again this year to share the holidays with the Howe family!