We've been enjoying 80 degree weather for the past couple weeks, but rain is headed our way this weekend so I thought it would be a good idea to make our annual pumpkin patch visit before everything got soggy. We went on Friday evening so things were a little crazy, but also really fun!

This was the same farm we went to last year, but they had added lots of fun things! You still only pay for pumpkins, and the rest of the activities (minus the hay ride) are free. We played in the corn pit, found some great pumpkins, went in the corn maze, saw some animals, went on the hay tower slide, got a balloon, some cider, a sticker, and some delicious donuts from a food truck. It was a perfect day! 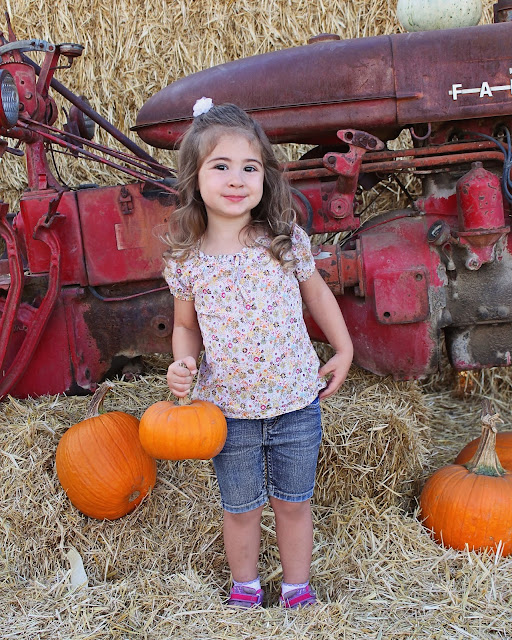 Last year they had this hay bale pyramid for climbing, but this year they added some slides off the sides and tunnel underneath. She needed Dave's help to climb to the top, but loved the slide to get back down. 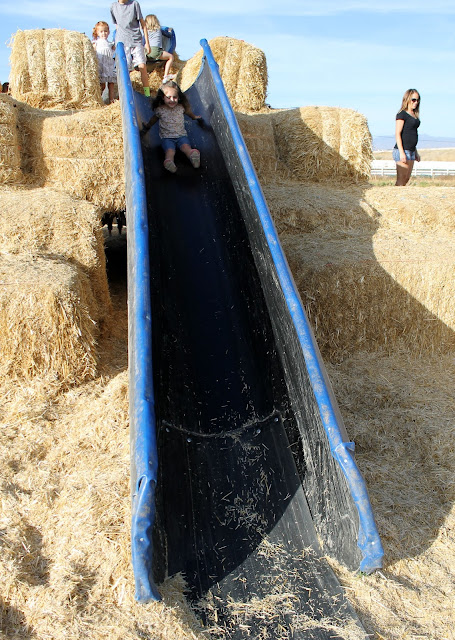 You're not supposed to throw the hay, but this girl just couldn't help herself :) 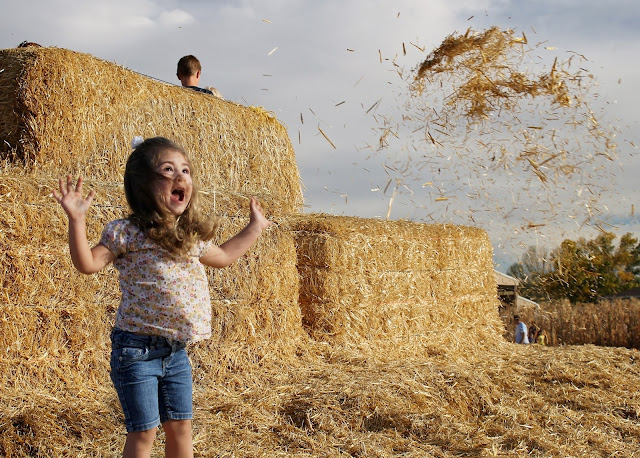 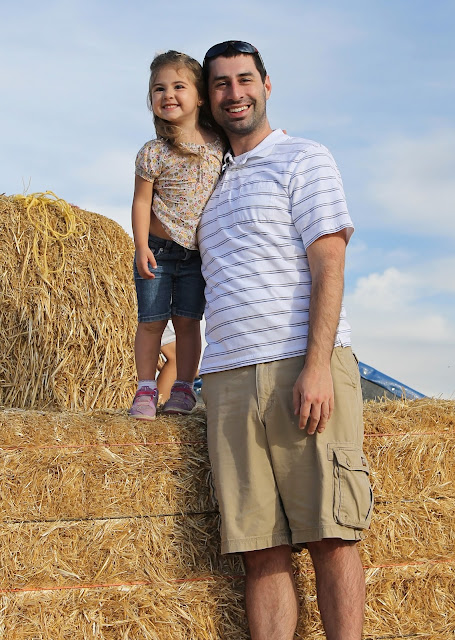 We got three pumpkins this year. One for my pumpkin creation that had an awesome stem.... 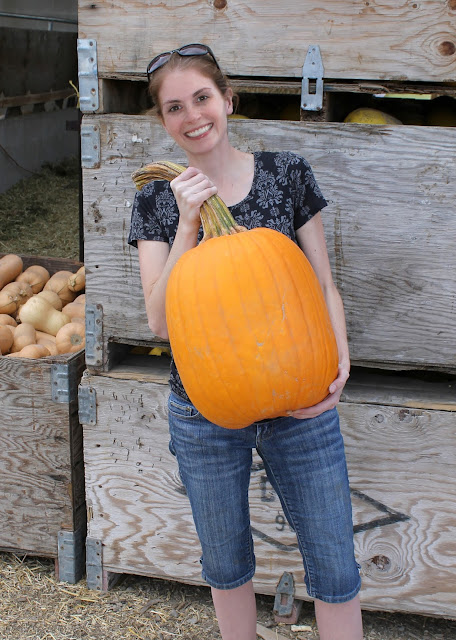 One for Dave so he can carve a traditional Jack-o-Lantern for Sophie... 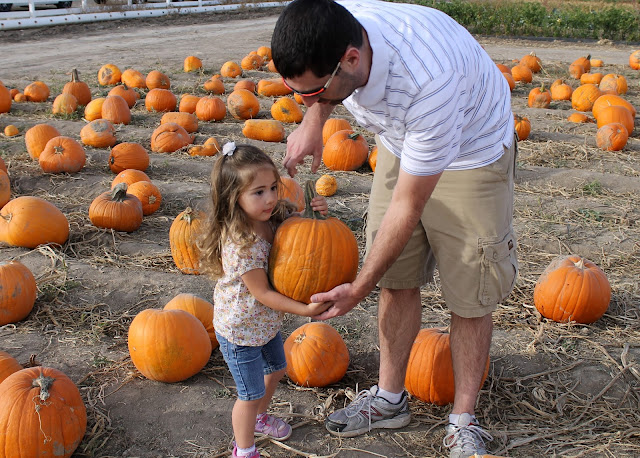 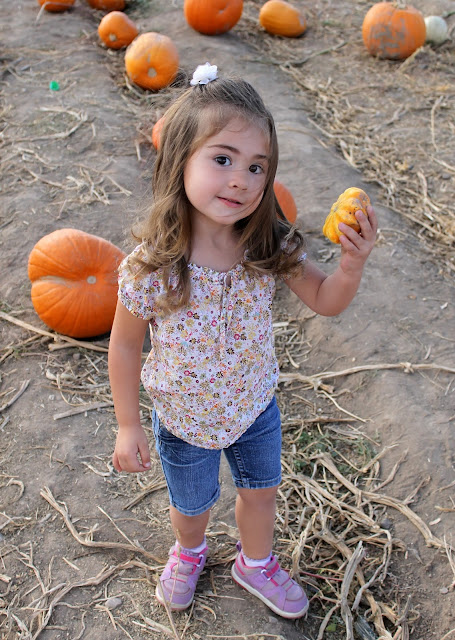 They were handing out balloons and I tied Sophie's to her pants so it wouldn't fly away. Two minutes later she "had to go potty!" so I ran with her to the outhouse and the balloon, Sophie, and I all squished in there together for memorable bathroom trip. Better than an accident I suppose... After that we got to enjoy our donuts - yum! 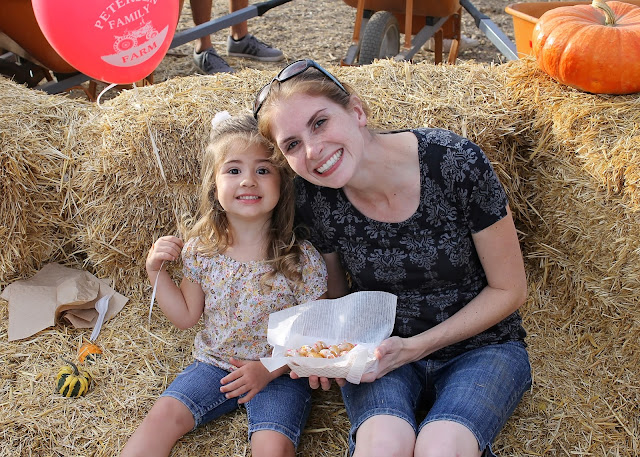 On our way out we stopped at the corn pit, a giant box filled with corn kernels instead of sand. She had a pretty great time playing in here. 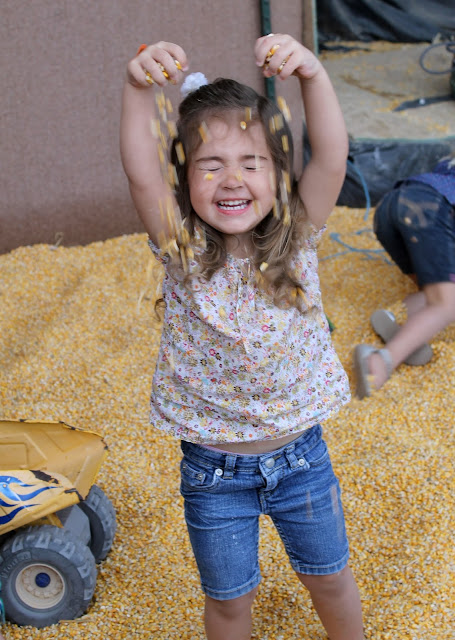 When we got home she was covered in corn dust (I wonder why) and it was straight to the shower for her. 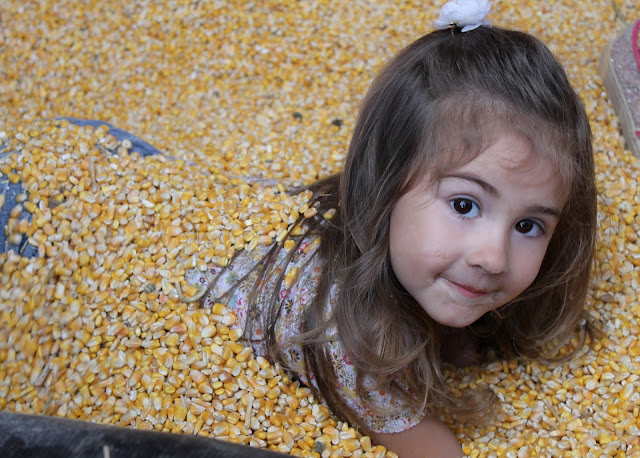 What a fun pumpkin patch. Your little girl is looking so grown up. I loved the pictures.