This year we let Sophie help with pumpkin carving. She has been wondering all week by why the pumpkins on people's doorsteps had their tops cut off, so we cut the top off our pumpkins to show her what was inside. In retrospect we probably should have done bath after pumpkins, but she really didn't get that messy so it worked out ok. 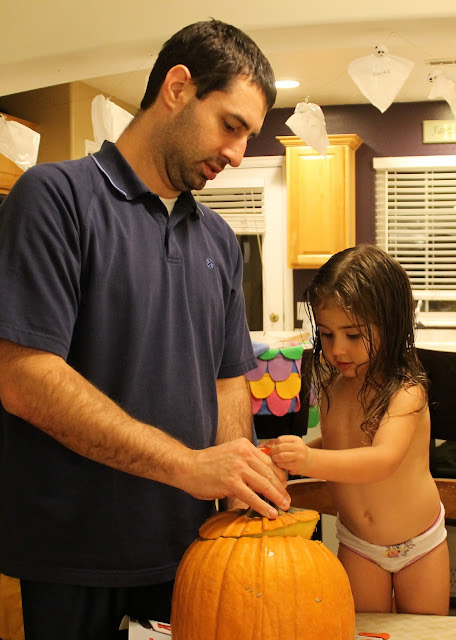 This picture makes it look she was a big helper, but she really didn't like it that much. It probably didn't help that I told her she had to get the "gross" stuff out. That made her really hesitant to touch things. Instead she just scooped out a couple seeds with a spoon and then decided she was done. 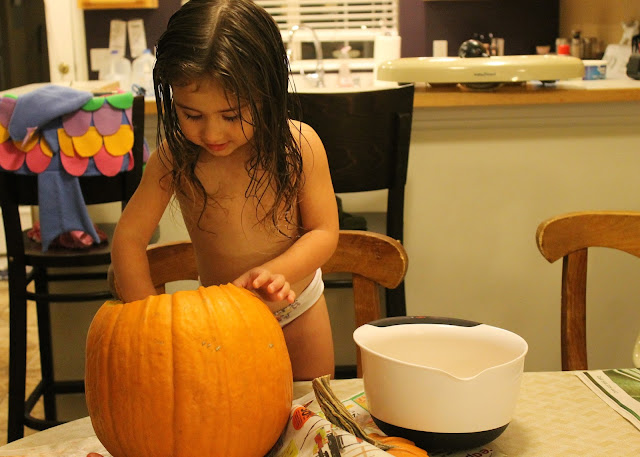 My pumpkin, which had incredibly thick walls. They were still at least an inch thick even after I scraped the inside until I thought my arm would fall off. I wasn't able to get too detailed, but it still turned out well. We find out gender on Thursday so our little one won't be as much of a mystery anymore. 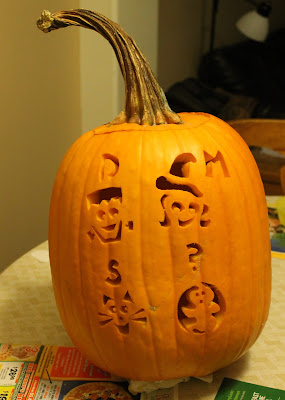 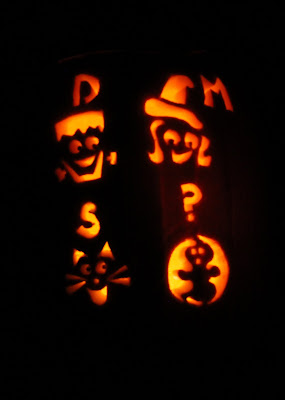 On Halloween we went trick-or-treating with some friends from our neighborhood. First we all met for a potluck dinner, and then took the kids out to get some candy. At the truck-or-treat, Sophie went straight for the lollipops, taffy, and licorice (not my favorite) so this time around I trained her a little better and she picked out a lot more chocolate :)


Sophie and a couple of the other kids took off immediately on their own while the rest of the group was still getting ready - who needs adult supervision anyway?? 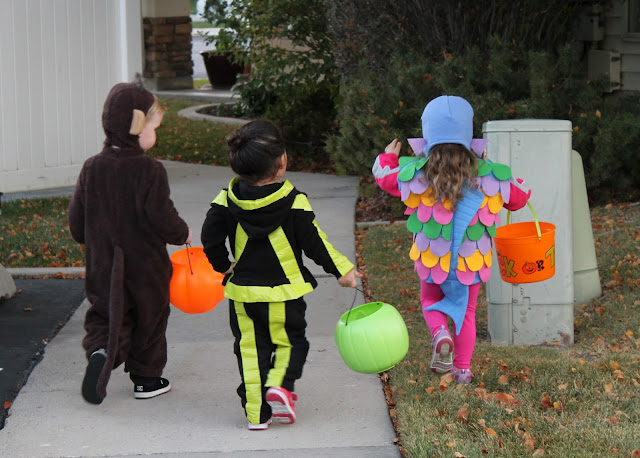 These kids were very persistent door knockers. A lot of places didn't have anyone home, but they would still knock for a good 30 seconds straight just to make sure. 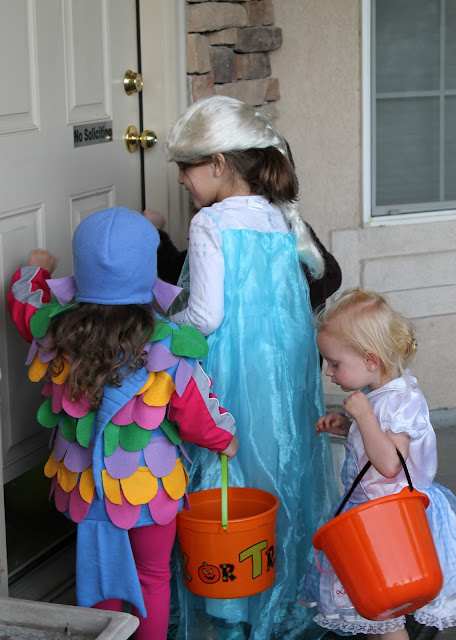 Sophie with her friend Paisley (who she also thinks is her cousin). The pumpkin by Paisley is the one that Sophie designed. She told me where to draw the eyes and requested a happy smile with lots of teeth. 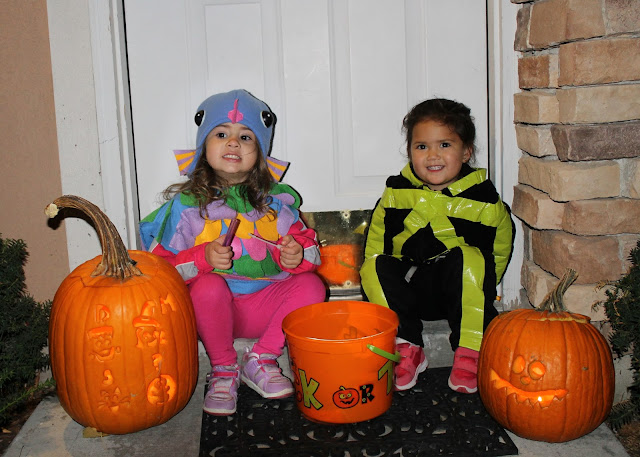