We are three weeks in now and have spent what probably amounts to hours sitting with her by the potty, but it's going well!  She still has accidents when we forget to take her to the bathroom, but the incident free days are starting to outnumber the accident days. I feel like we'll probably be in this phase for a few months, or more, before she really gets it and we can say she's officially potty trained. But I'm not complaining! Our last box of diapers has about 20 left and I'm thinking I won't have to buy another when it runs out - hallelujah! 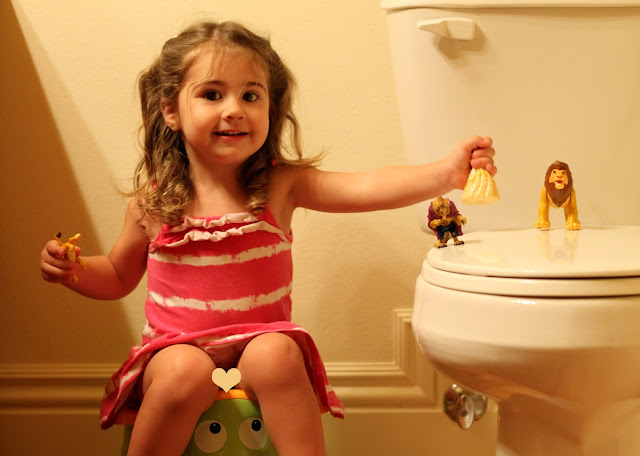 We've had her stay in panties during naps for the last couple weeks and she's done really well, so now we only use diapers at night, and more often than not she wakes up dry. I also noticed that she was starting to loose interest in the little M&Ms we were using as rewards, so I switched to Pez and that has been HIGHLY motivating for her. Now the trick will be weaning her off candies :) 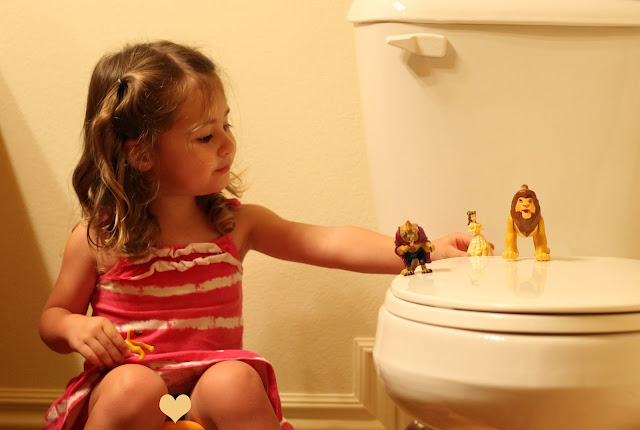