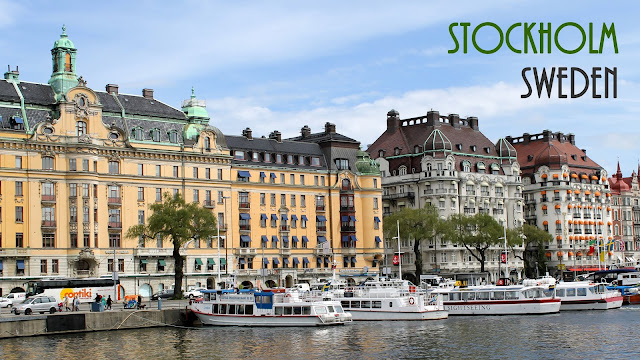 Our first port stop was Stockholm, Sweden's capitol city. Stockholm is probably one of the most beautiful cities I've ever visited. The city is built on a series of 14 islands so there are bridges everywhere and water is always nearby. The buildings have lots of color and charm, and the old and the new blend together perfectly.

Stockholm is also very big so we did A LOT of walking. I was wishing I had something like a FitBit to track our journey because I'm pretty sure we walked close to 8 miles over the 7 hours we were out sightseeing. We walked through Gamla Stan (historic old town), saw the changing of the guard, went to the Vasa Museum, and over to the town hall where the Noble Prize Banquet is held each year. And there was still more we could have done if there had been more time.....


One of the famous Dala horses. Sculptures of these are everywhere and come in all colors and sizes. This pattern is the most traditional. They started off as children's toys, but have now become a symbol of Sweden. 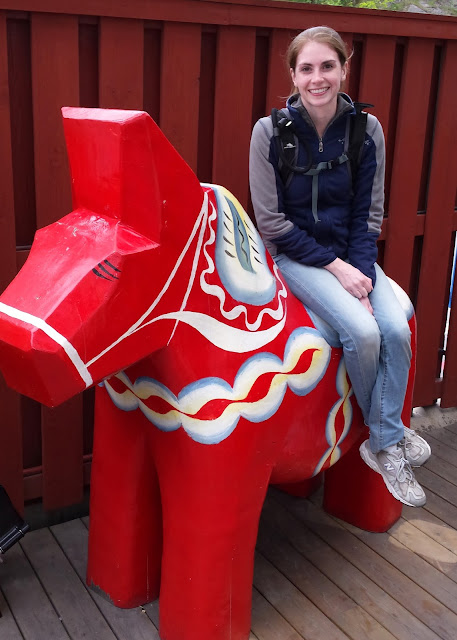 Entering Old Town. Parts of Old Town date back as early as the 13th century. This part of Stockholm is full of colorful buildings, narrow alleys and cobblestone streets. There were tons of restaurants, little shops, and ice cream parlors. 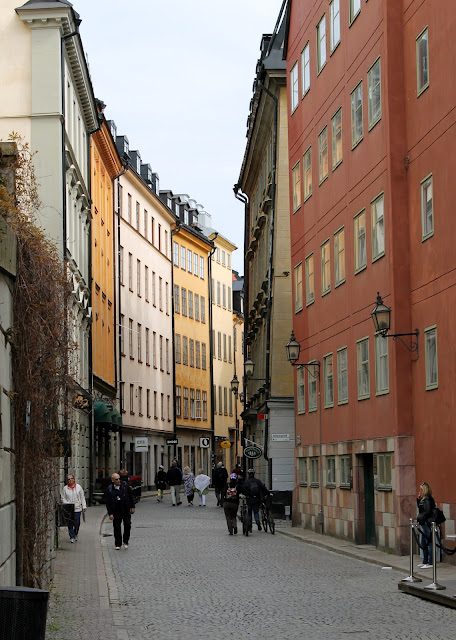 The Royal Palace is in the middle of Old Town. We didn't pay for the Palace tour, but admission to the Royal Chapel is free. This church dates to 1754 and was pretty amazing to look at. 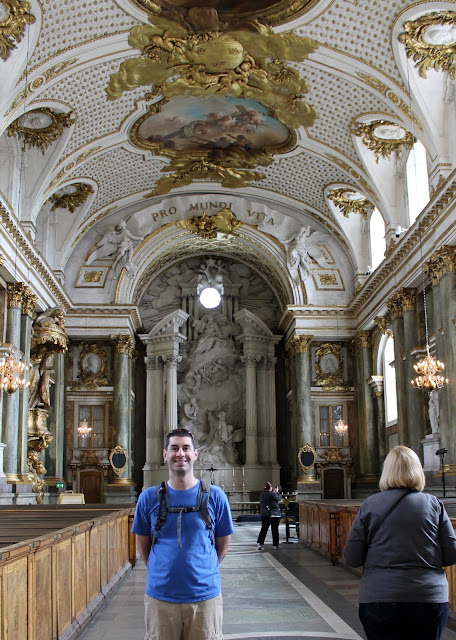 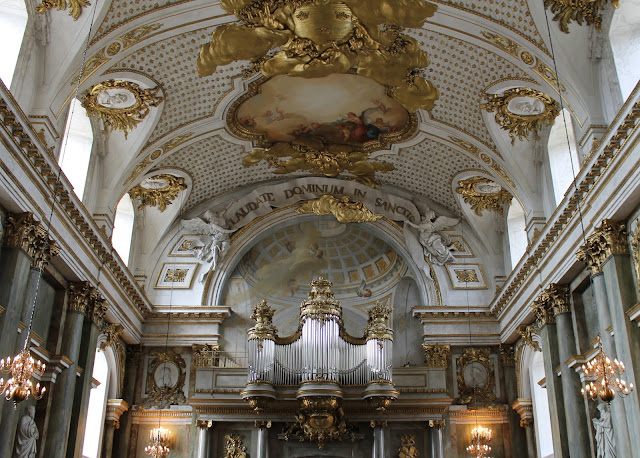 We also visited the Church of St. Nicholas, also known as Storkyrkan. It is the oldest building in Stockholm (consecrated in 1306) and it is still used for religious services, and significant events such as coronations or wedding ceremonies. 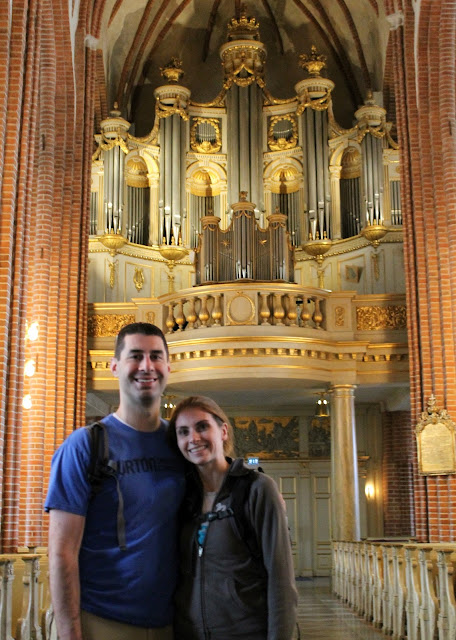 In the cathedral is a statue of Saint George and the Dragon, a representation of Sweden's victory over the Danish army. It was made in 1489 from oak and elk antlers. 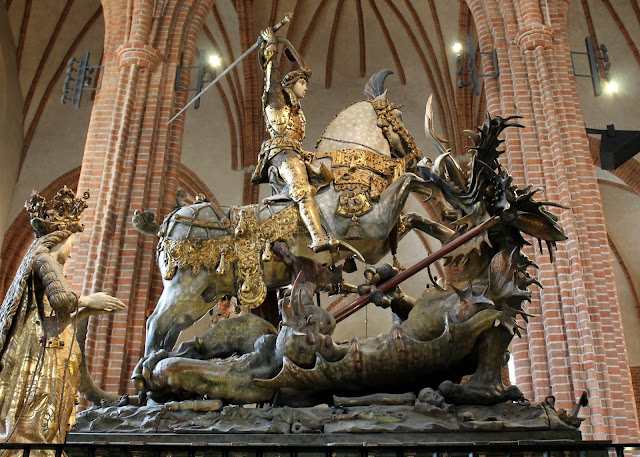 These colorful houses in this small town square are from the late 1400s. Also in the square is the Noble Museum, featuring exhibits about Alfred Nobel and prize winners from the last 100 years. We didn't visit the museum, but it probably would have been am interesting to see if we had more time. 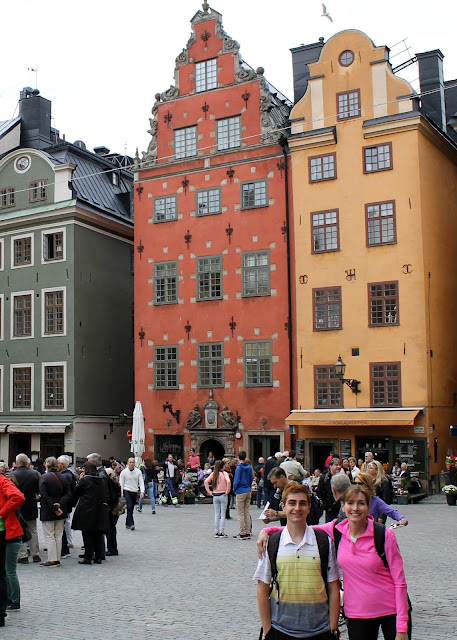 Video: We took a lunch break near the Royal Palace around noon, hoping to catch the daily changing of the guard. When we finished, nothing had happened so we decided to move on. As we started walking away a parade of about 50 horses rounded the corner and began their march to the palace. I'm glad we didn't miss it! 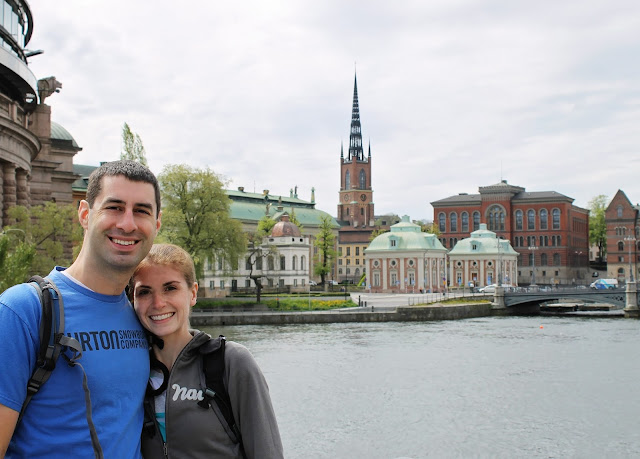 After lunch we walked over the Vasa Museum, one of the highlights of our trip. The Vasa was a 17th century warship that was built too high and too narrow, and thus sank on her maiden voyage only a thousand yards into Stockholm's harbor. Amazingly, a council held afterwards decided that no one was at fault. 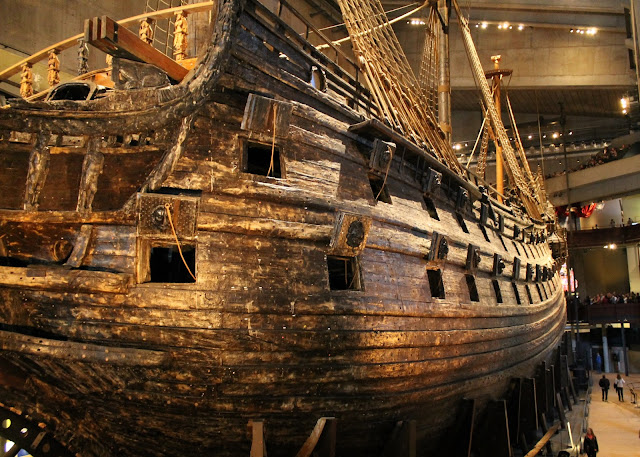 It sat buried for 333 years until it was discovered and recovered in the 1960s. The ship was raised from the ocean floor in one piece and is 98% original. So awesome! 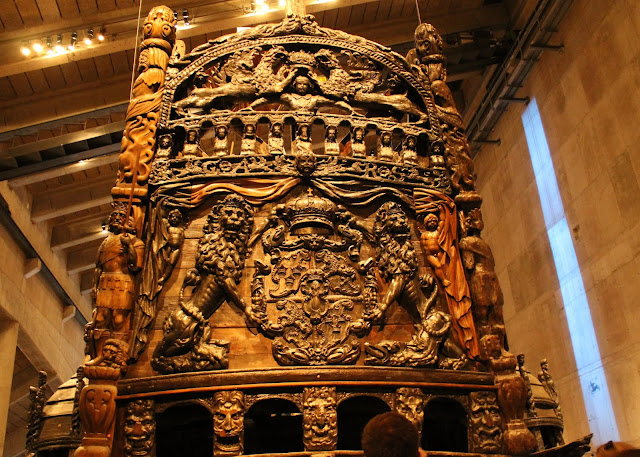 Because the Vasa was buried in mud and silt, the bodies of those who drowned were found along with the wreckage. Some still had remnants of clothes, shoes, and hair. 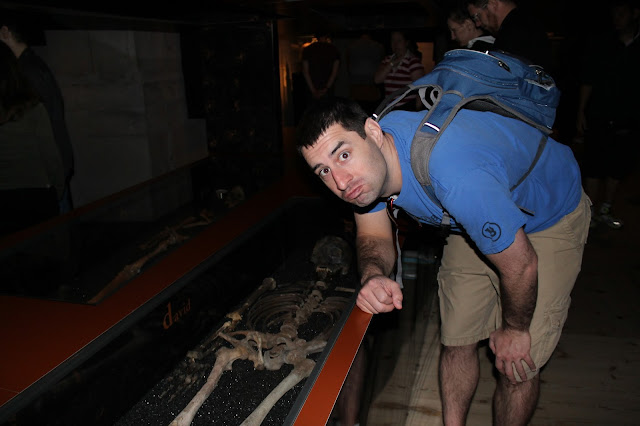 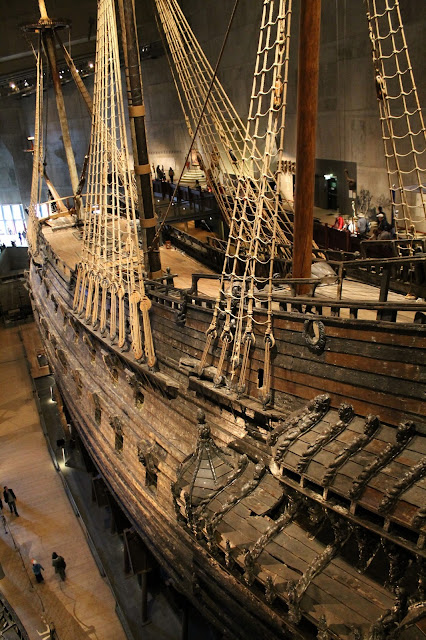 Crossing one of the many bridges overlooking a canal on our way back to the ship - farewell Stockholm! 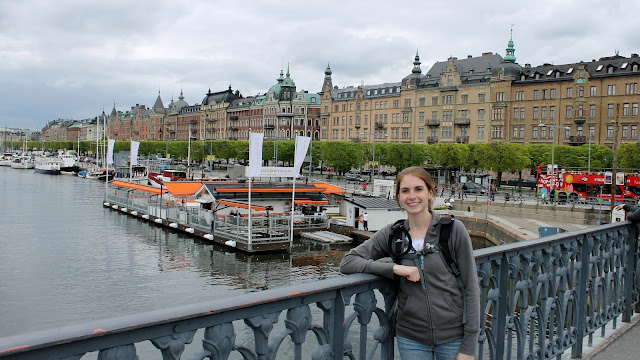