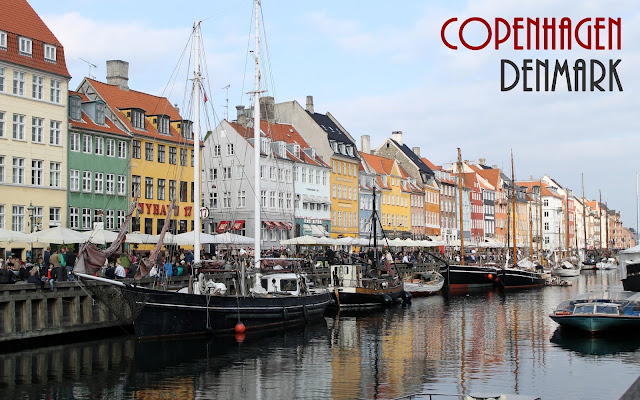 We just returned from an amazing trip to the Baltic with my parents and brother Derek. Our fridge is still empty and laundry is waiting in the washer, but I have finished sorting through pictures!

Our first day was spent in Copenhagen. This was our second visit to this city, and it was nice to actually see some of the sites this time. When we were here a year ago it was only for a few hours, and all we did was travel in a daze with suitcases from the airport to the harbor. This time we arrived a day before our cruise departed so we had an evening to spend in this beautiful city.

At the airport waiting to get train tickets. You can't buy tickets at a kiosk with a foreign credit card - you have to purchase them at the window. Luckily my dad had been through the process a few hours earlier and told us to be helped at the window you had to take a number. Our number was #227 and they were only on #124. Lots of waiting! 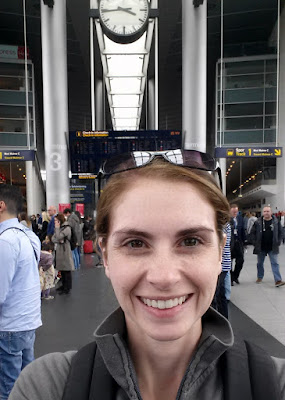 After we arrived in the city, we met up with my family at the hotel and then left together to see Copenhagen. Our first stop was the King's Gardens at the Rosenborg Castle. 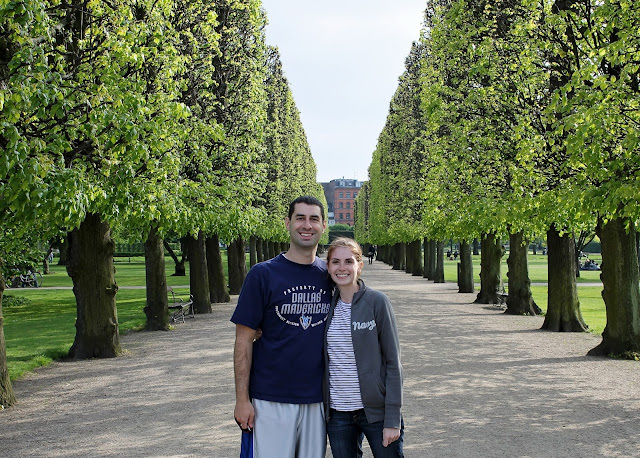 The castle is from the 1600s and the gardens, which used to be for the King, are now open to the public. It was a nice day so there were people everywhere enjoying the sunshine. 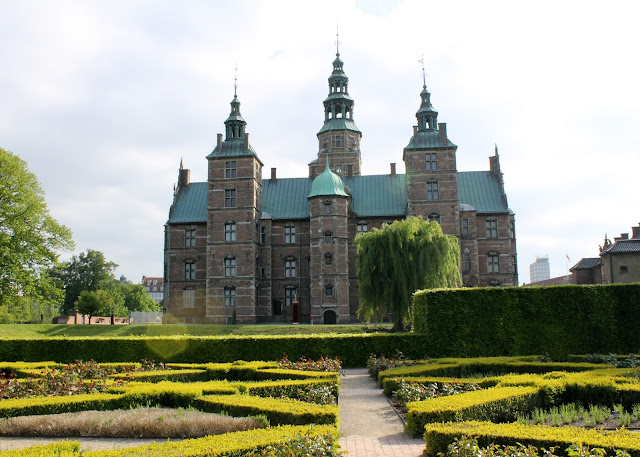 We then walked over to the picturesque Nyhavn Canal for dinner. 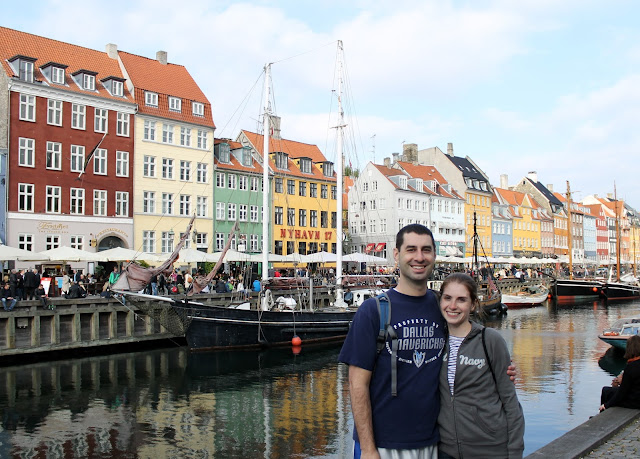 At most of the restaurants along the canal you have the choice to dine-in or dine-out. We got dine-out fish n' chips and ate them on the edge of the canal. Delicious! 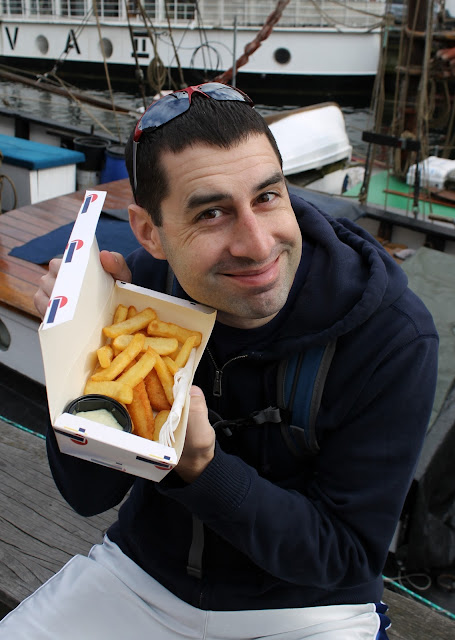 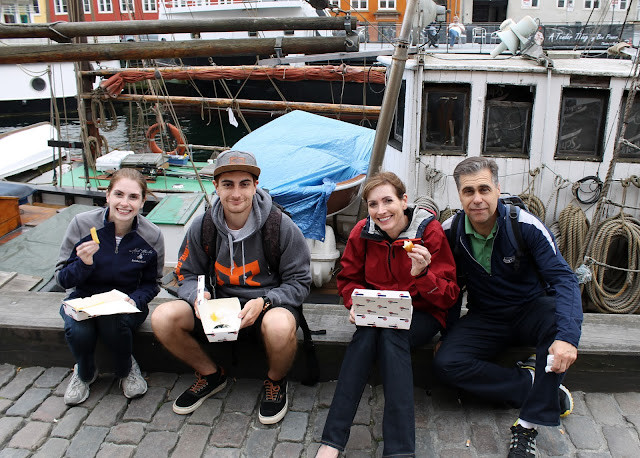 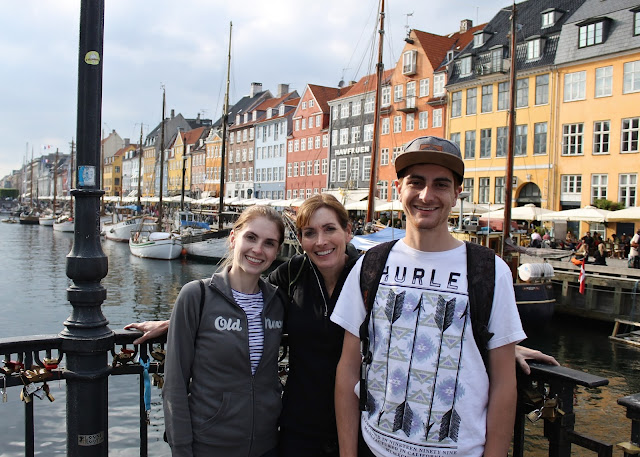 After dinner we climbed to the top of the Rundetårn, or Round Tower. It was also built in the 1600s and was used as an astronomical observatory. 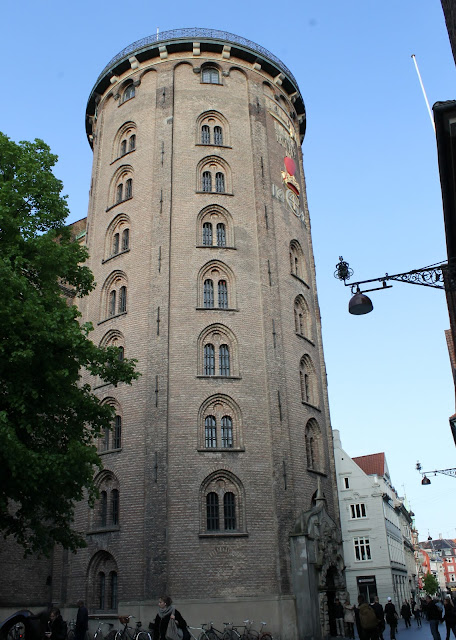 The unique part about this tower was how wide it is. 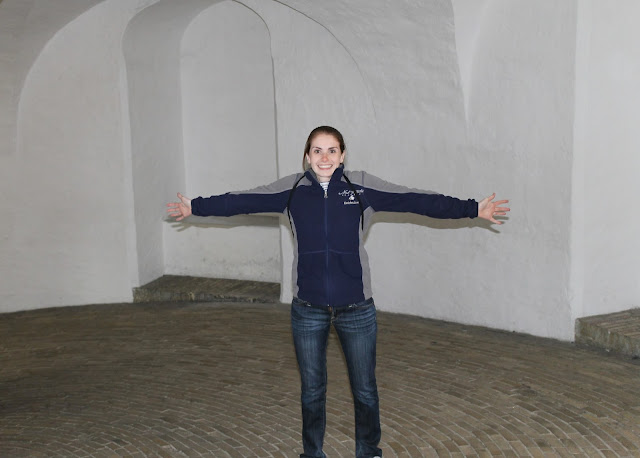 Normally tower climbs are up steep, tightly winding steps, but this tower was one huge ramp, wide enough for a horse and cart, all the way to the top. The center column was hollow and you could peek through little cutouts all the way down to the ground below. 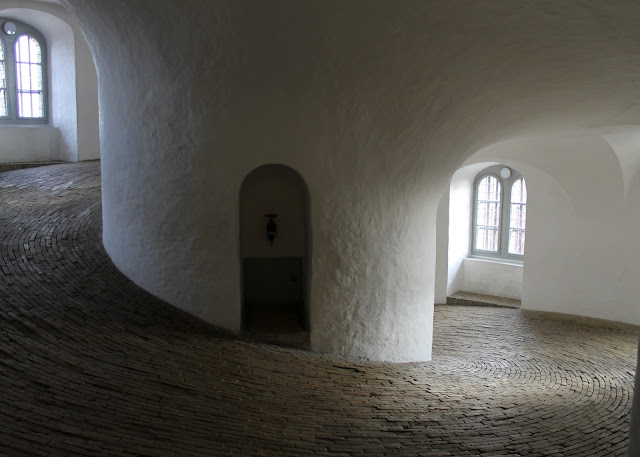 At the top we had great views of Copenhagen 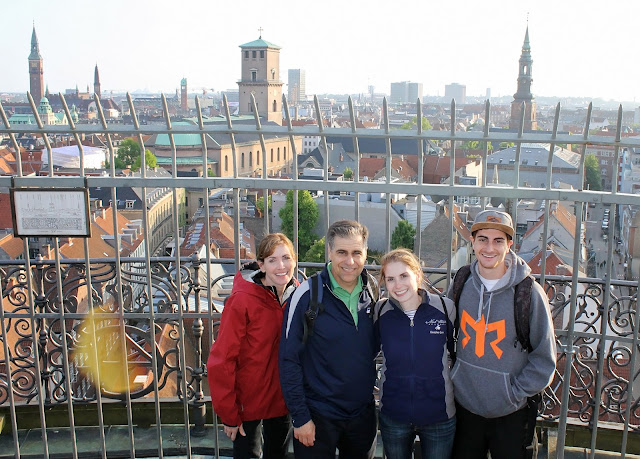 After seeing a few more churches and buildings we went back to the hotel. We stayed at the Cabinn, who's slogan is "All You Need to Sleep," which is pretty accurate description of the rooms. They are tiny and the beds go wall to wall. It was not the best night's sleep, but it was nice to lay down after a long day of travel. 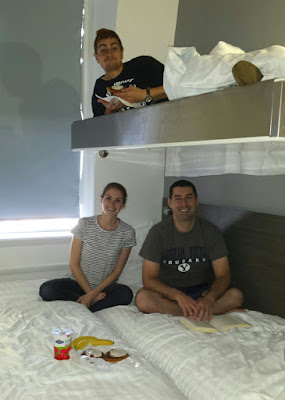