On this cruise we had two days at sea - one on the way out and one on the way home. I love these days.... it's so nice to have nothing you are supposed to be doing and it really helps with the jet lag. It took me a few days before I finally lost the overwhelming urge to fall asleep in the middle of the day.

Since we were sailing through Northern Europe, it was often too cold to spend much time out on deck. We played mini golf a few times, but mostly stayed inside to play games, eat, and attend some of the ship activities. We also went to a few of the evening shows which included a stunt bike rider, a juggler, a quartet, and a production singing and dancing company. 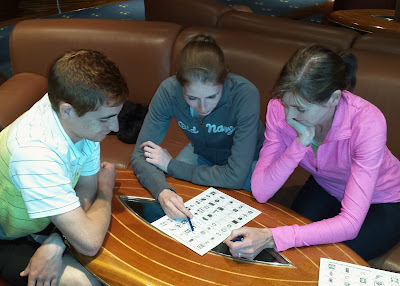 Our two victories were surprisingly the crossword challenge... 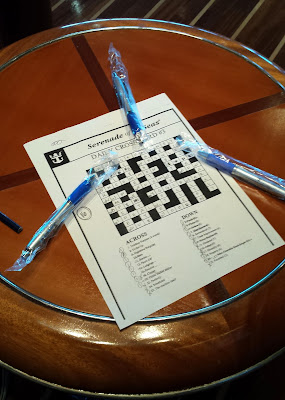 And darts! I placed 2nd out of about 20 people and was pretty proud of myself. Always fun to discover a hidden talent! 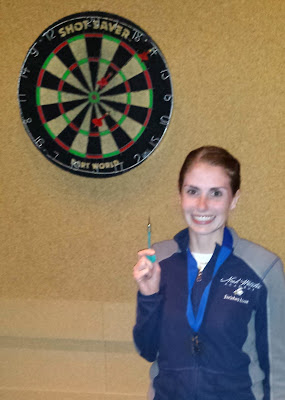 Our room attendant was fabulous. I know cruise ship employees work insanely long hours with hardly any breaks, but she always had a smile, greeted us by name every time we passed her in the hall, and took good care of our room for the week. At the beginning of the trip she left us the usual towel creations, but on the final day we came back from dinner and found we had a new roommate. Notice Dave's glasses on his head and my slippers for his feet :) 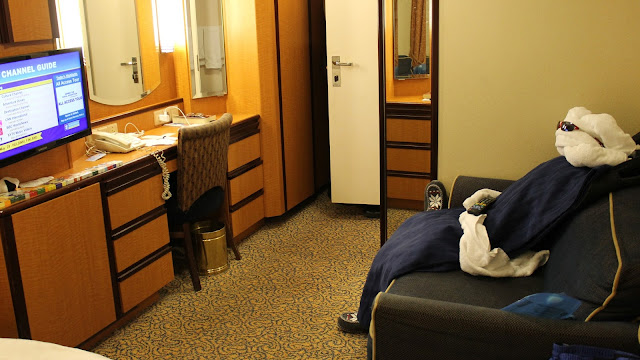 The food, as expected, was great. Dinners are always the best, and I don't think Dave ever had a meal with fewer than six courses. His largest was nine - 4 appetizers, 3 entrees, and 2 desserts. Get it while the gettin's good! 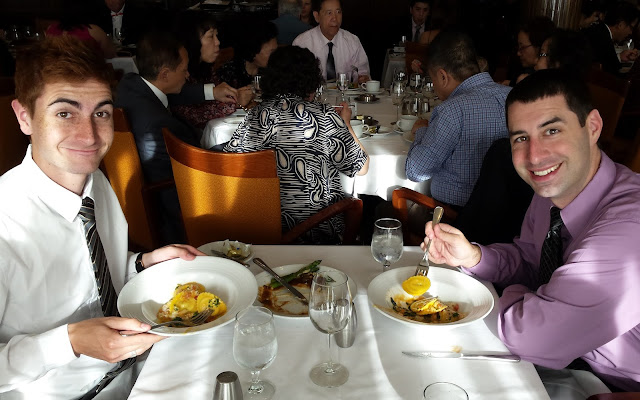 For our final lunch they brought in an enormous apple pie with vanilla ice cream - yum! 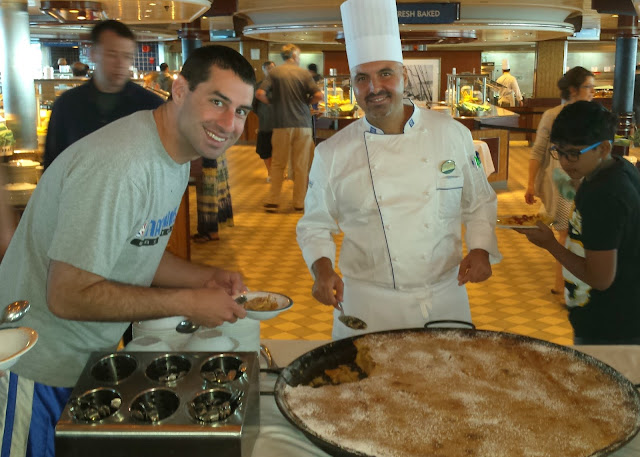 Picture of a picture - dressed up for the first formal night 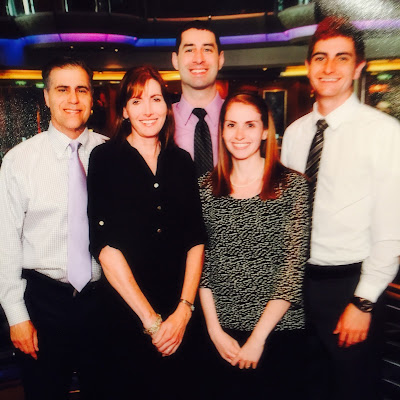 Second formal night - do we look any fatter? 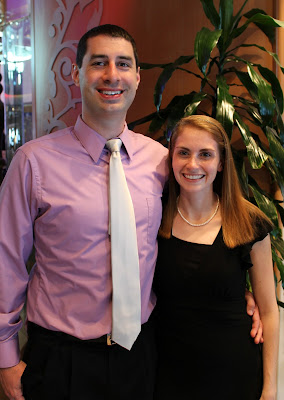 My good looking, single brother. We picked out a wife for him on the ship and my mom was having fun imagining hosting a "Love Boat" reception. Sadly, it wasn't meant to be. 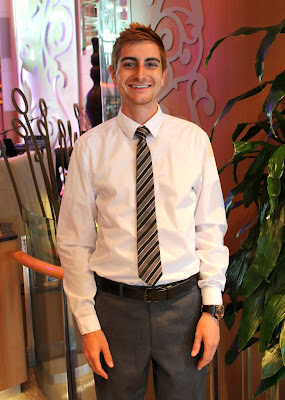 My amazing parents. We had so much fun on this trip with you - thanks for letting us come along! 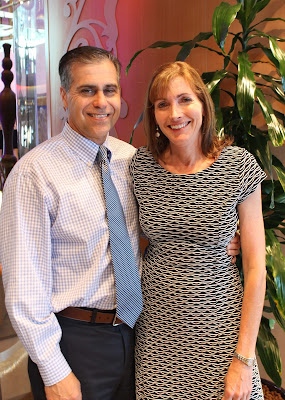