This year we decided to take Sophie to the city Easter Egg Hunt at Galena Park. I was expecting crowds, but the turnout was beyond crazy. There were kids everywhere and it was SUPER windy. I started to get worried Sophie wouldn't be able to get even one egg without getting trampled.

Luckily they had the field divided into age groups. We took our place at the 2-3 age group, but while we were waiting for the countdown to start, we saw the 4-6 age group just beyond suddenly stampede for the eggs. It was CRAZY! Then our age group followed suit just a few seconds later.

Waiting for it to start 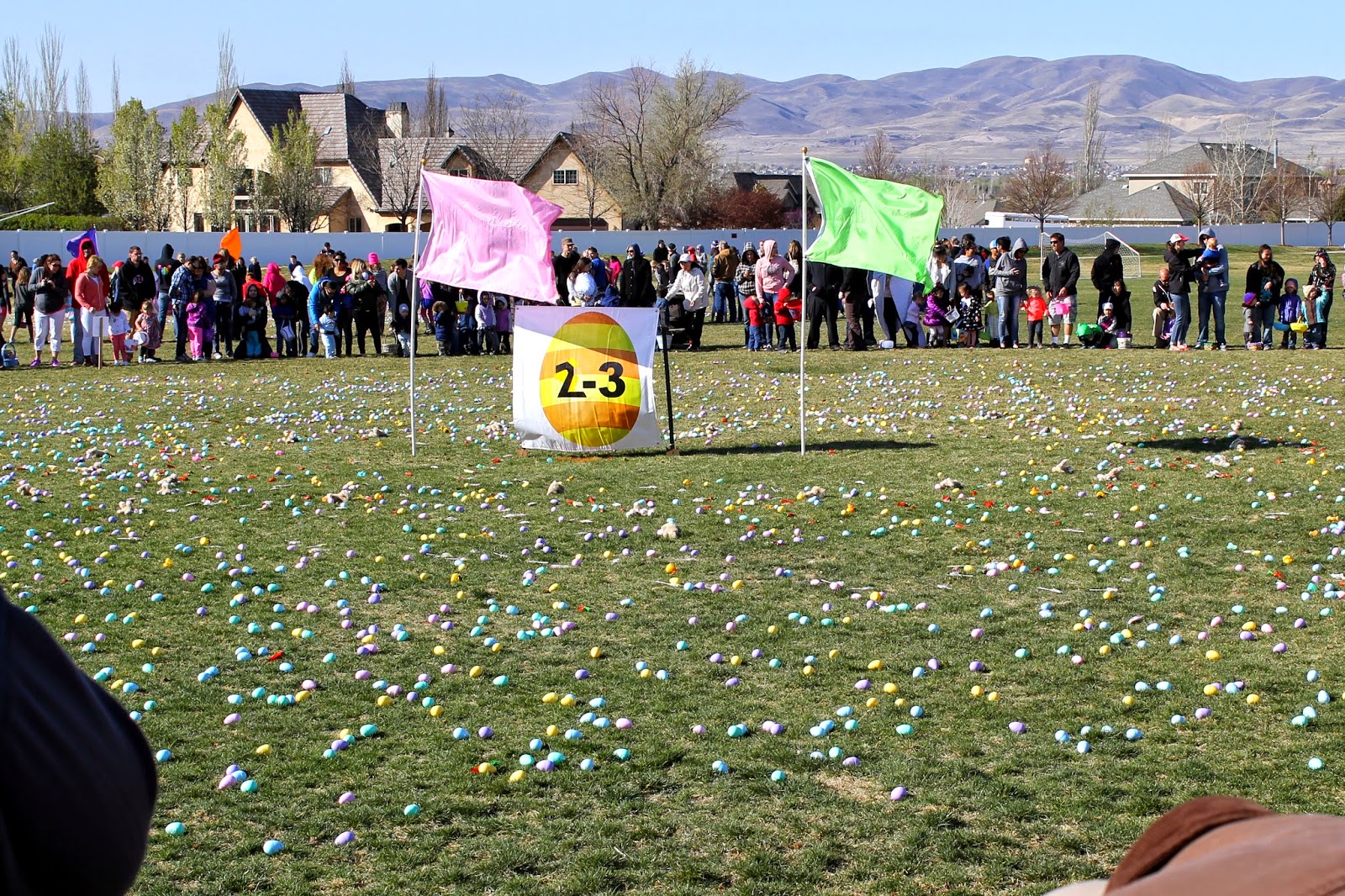 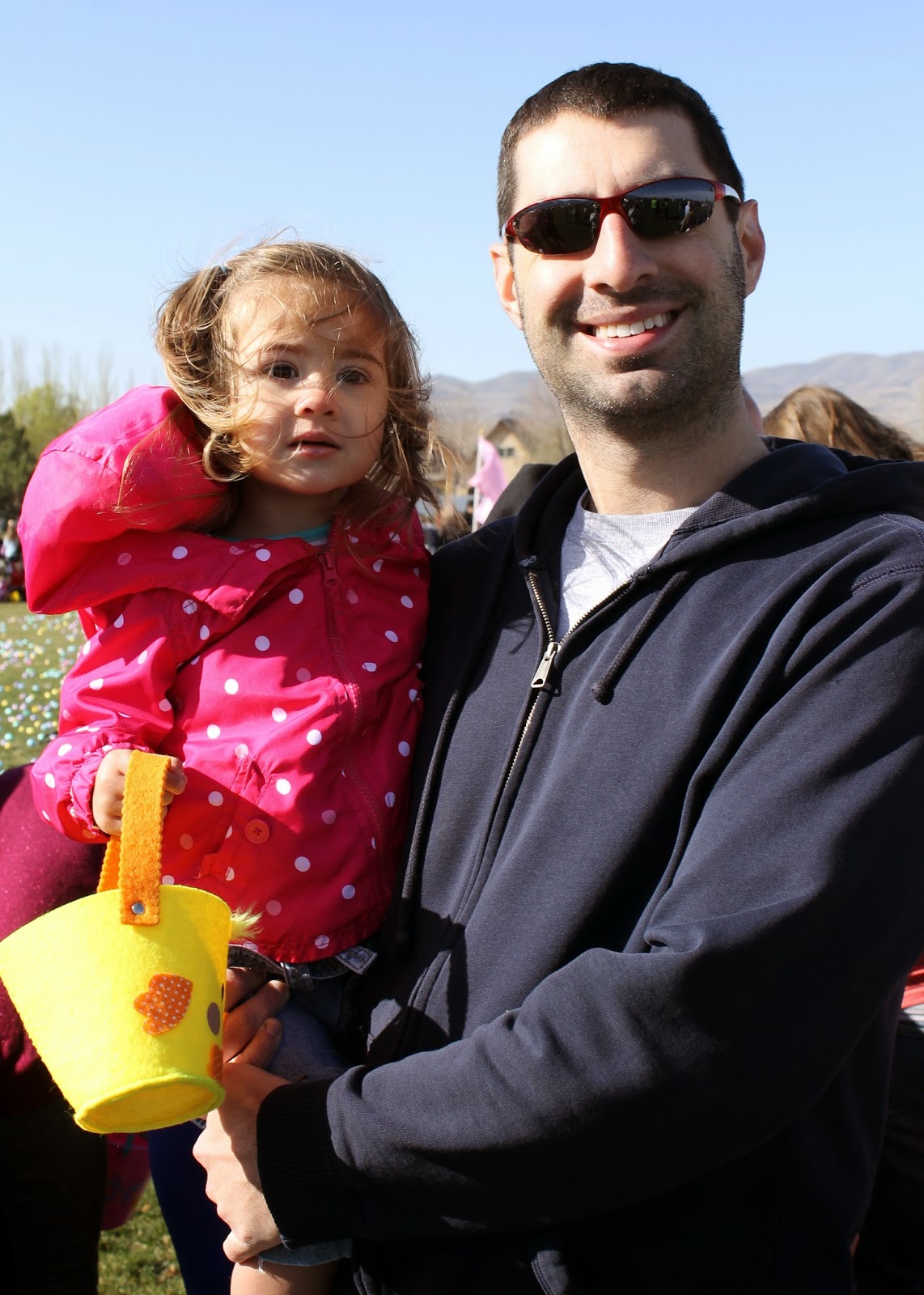 Dave lifted Sophie over the crowd and plopped her down in a semi-open area. She was able to quickly grab 6 eggs before we extricated her to safer ground. 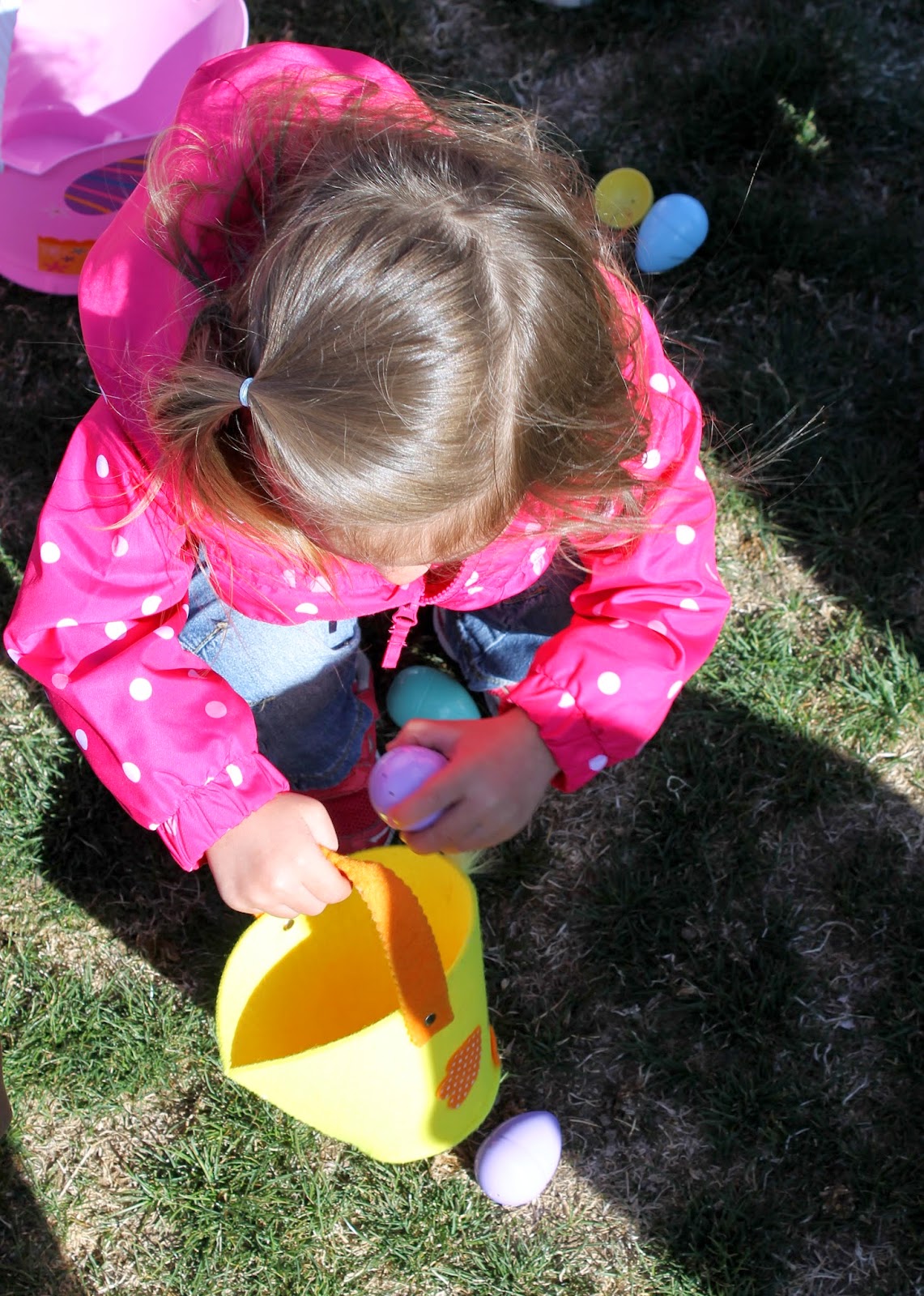 On our way out we met some princesses! Sophie was a little stunned from the chaos of the egg hunt, but was able to say hello to Sophia, Cinderella, Merida, and Snow White. 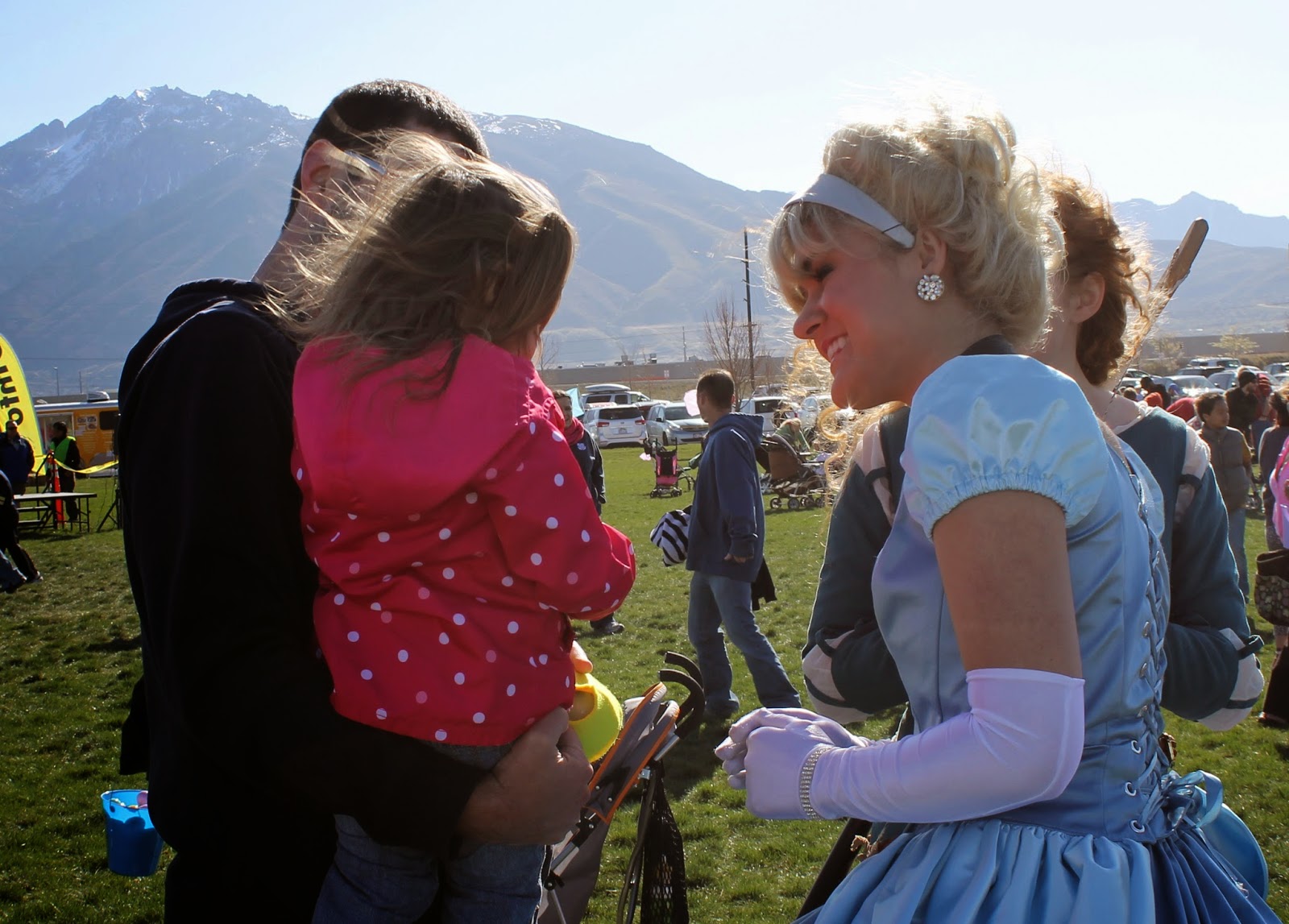 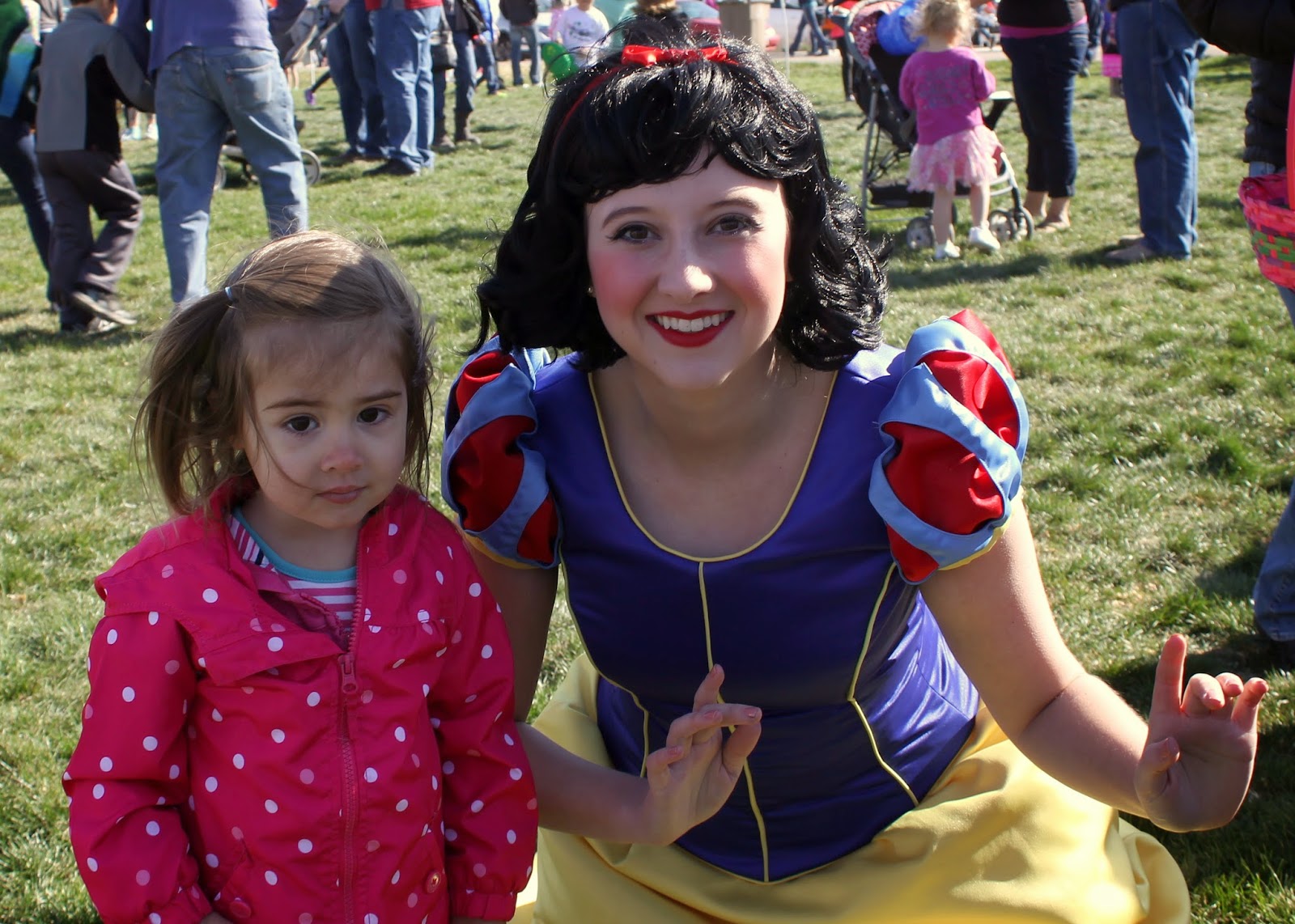 Once we got home she was thrilled to discover her eggs each had a tootsie roll inside! 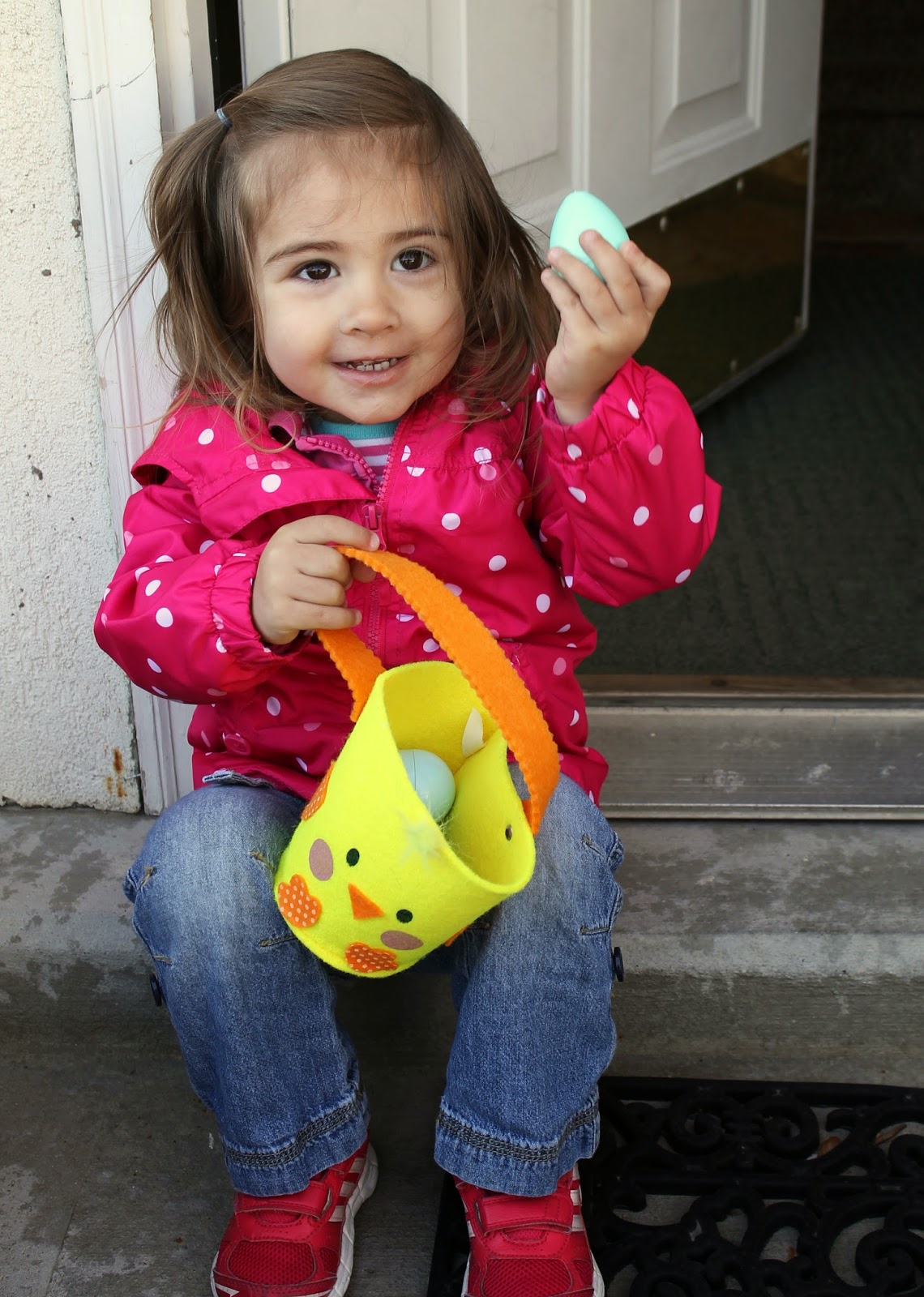