Our winter this year was very mild. We only had snow on the ground 2 or 3 times, so an April snow storm was a fun surprise! Monday was a beautiful spring day with temps in the 70s. Tuesday was still warm, but in the afternoon huge winds swept through Utah bringing tons of dust, debris. On my drive home the road was littered with branches, boxes, parts of billboards, etc... and police were pulling over semi's and trailers, who were not advised to go around the point of the mountain because of winds. It was crazy!

Soon the snow started and by the time I left for work on Wednesday we had close to 4 inches on the ground. It continued falling throughout the day and Sophie had so much fun playing outside. She had a big smile on all day and would have stayed out until dark if I had let her. On Thursday, the weather did another 180 turn and everything melted away. It's sunny and warm again, but we have good memories of that one fun day! 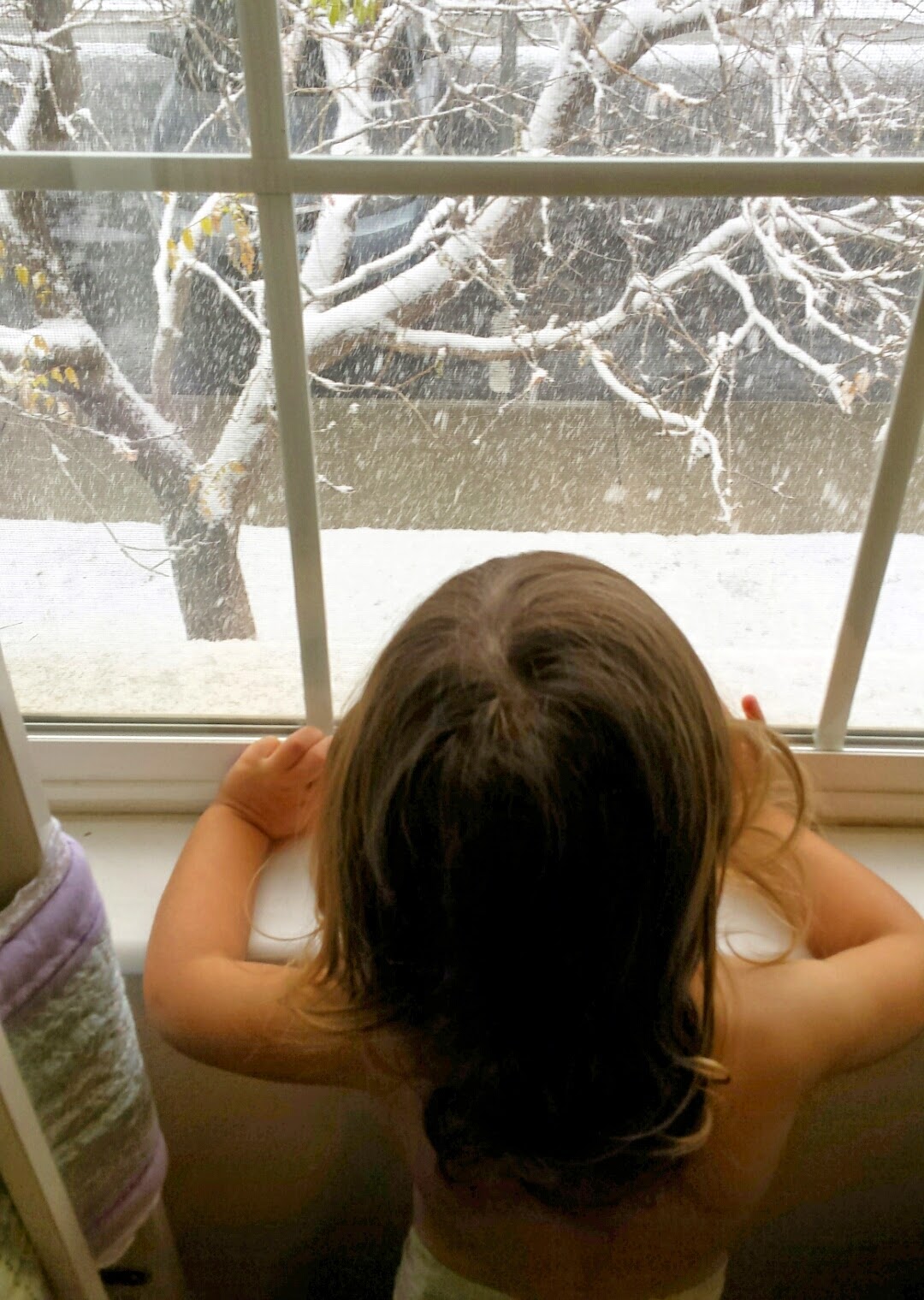 I took Sophie outside for a little while before work. I tried to make her a snowman, but the snow was very dry and fluffy and I had a hard time getting it to stick together. 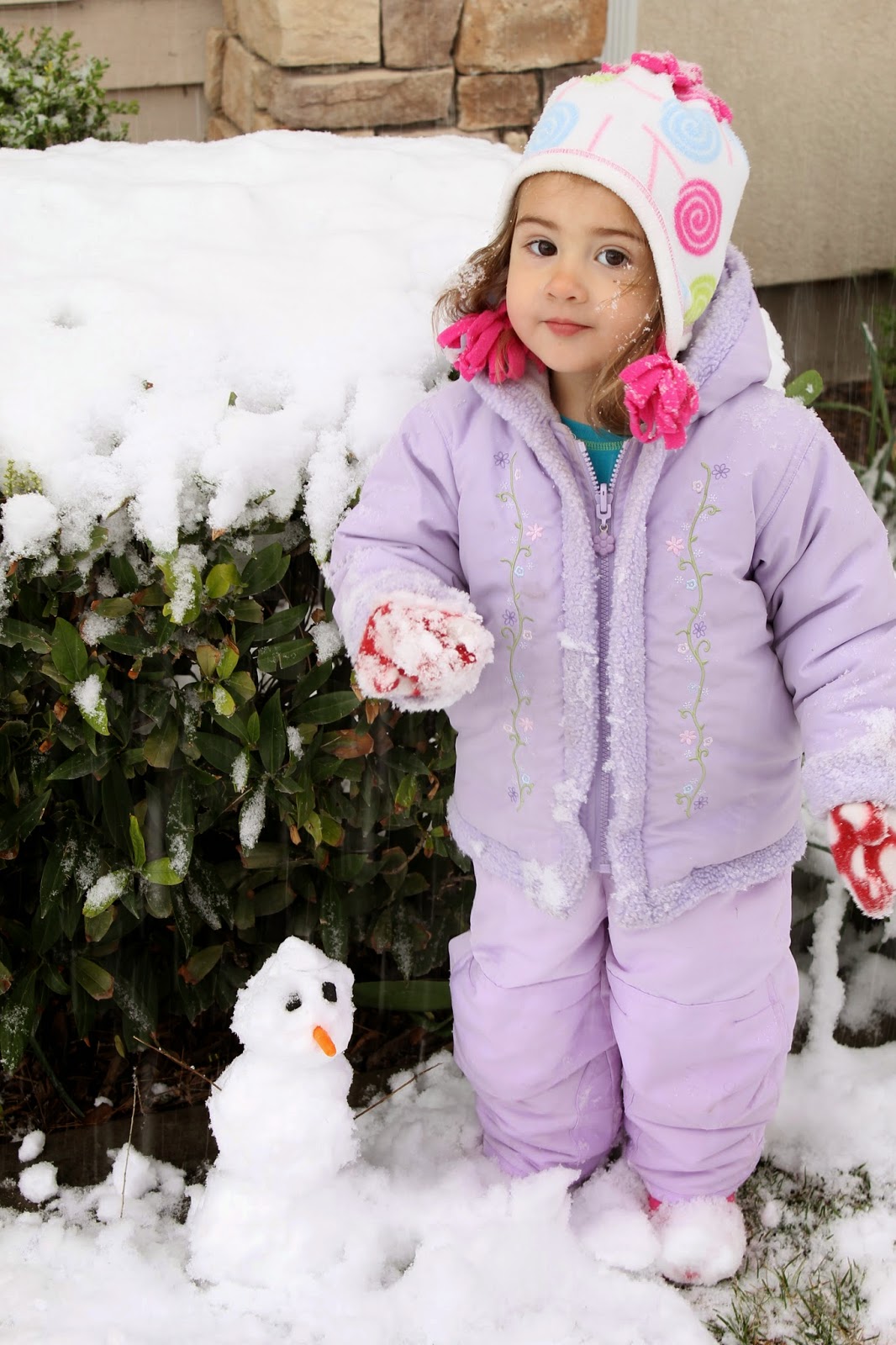 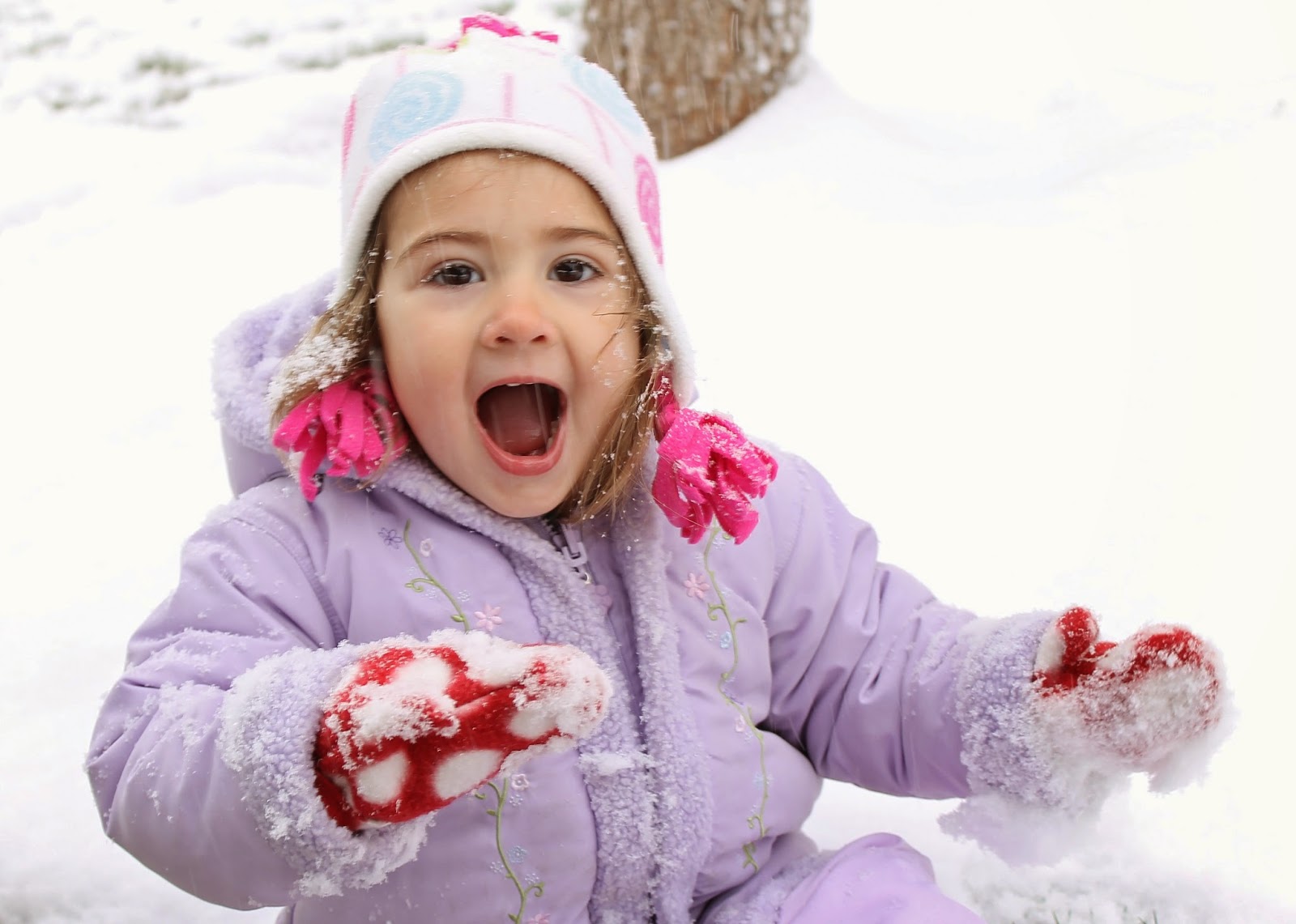 After work I took her outside again and the snow had completely changed. It was dense and sticky and perfect for a snowman! I was able to roll it right off the grass into big snowballs, just like you would see in a cartoon. 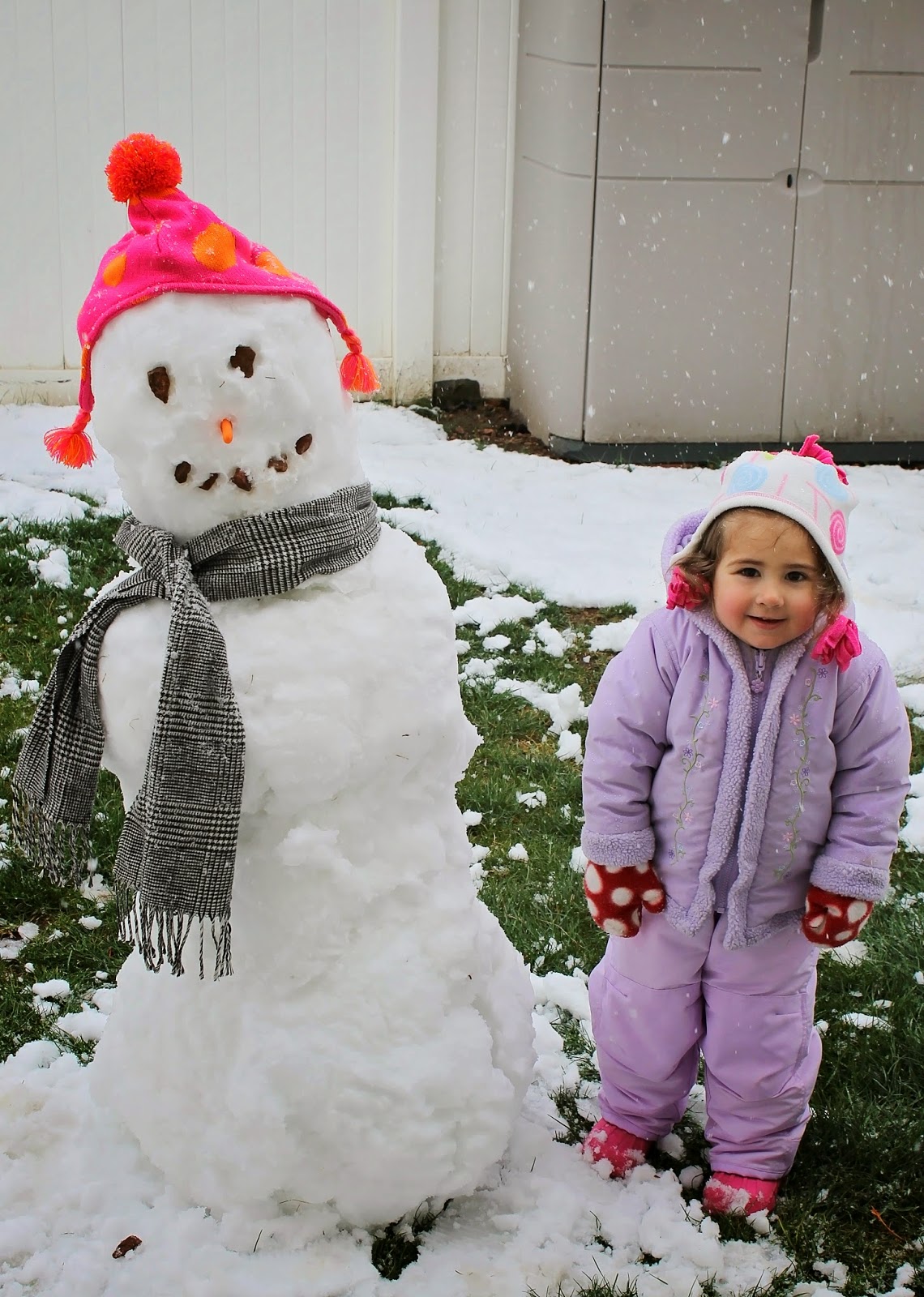 Mommy and Sophie with our snowman. He was pretty big and I can't believe that less than a day later all of this was completely gone. 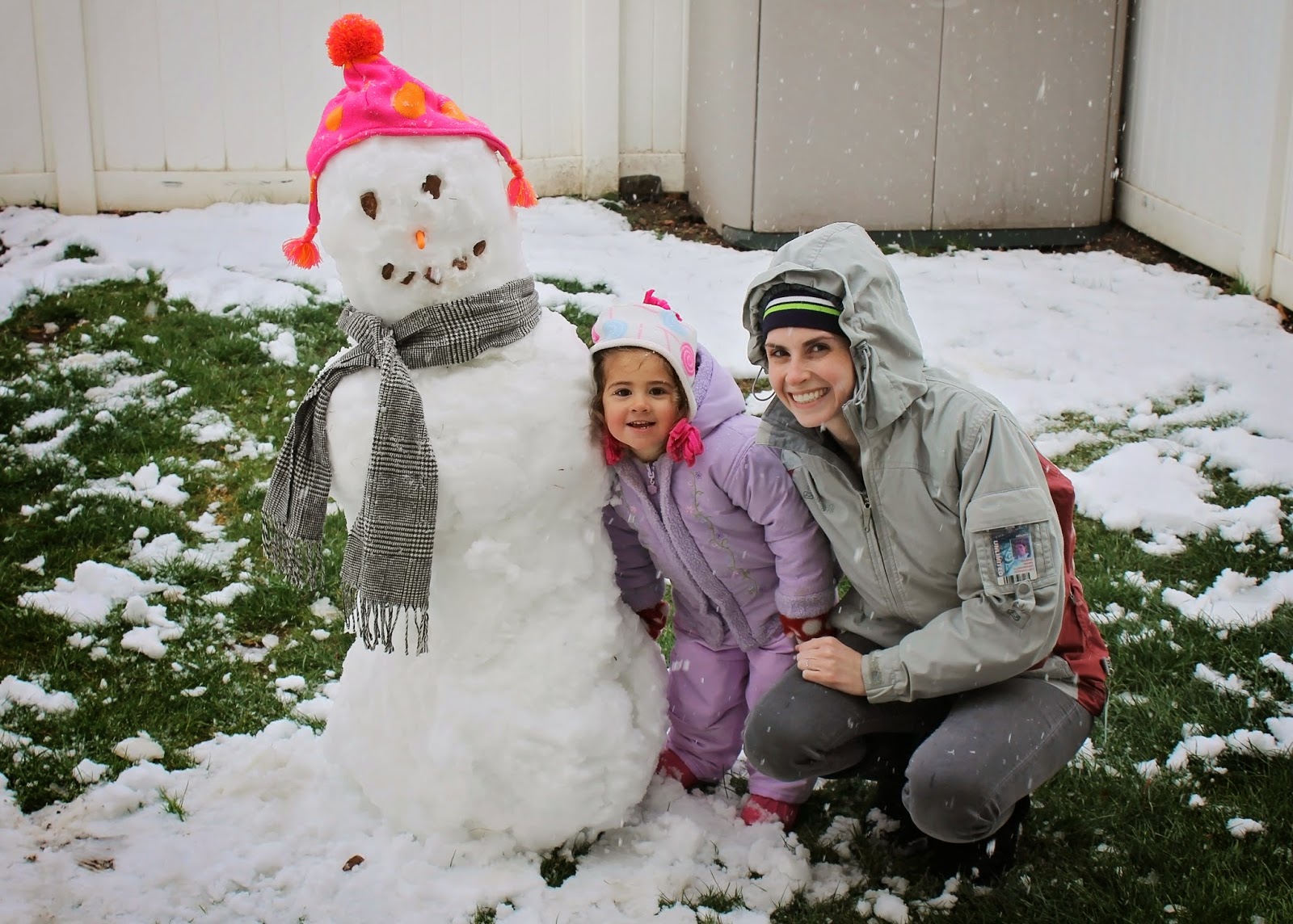