Yesterday Sophie went to a princess birthday part for her friend Peyton. Peyton is the daughter of her babysitter, and Sophie absolutely loves her. She is like a friend, a cousin, and a sister all rolled into one. I went along with her to the party since she was quite a bit younger than the other guests. This morning I asked her if she had fun at the party and she said "oh yes." The highlights for her were meeting Elsa, and wearing a Belle dress - she thought both of those were pretty special!


The party started with some mini-makeovers for the girls. Sophie had her nails painted pink. 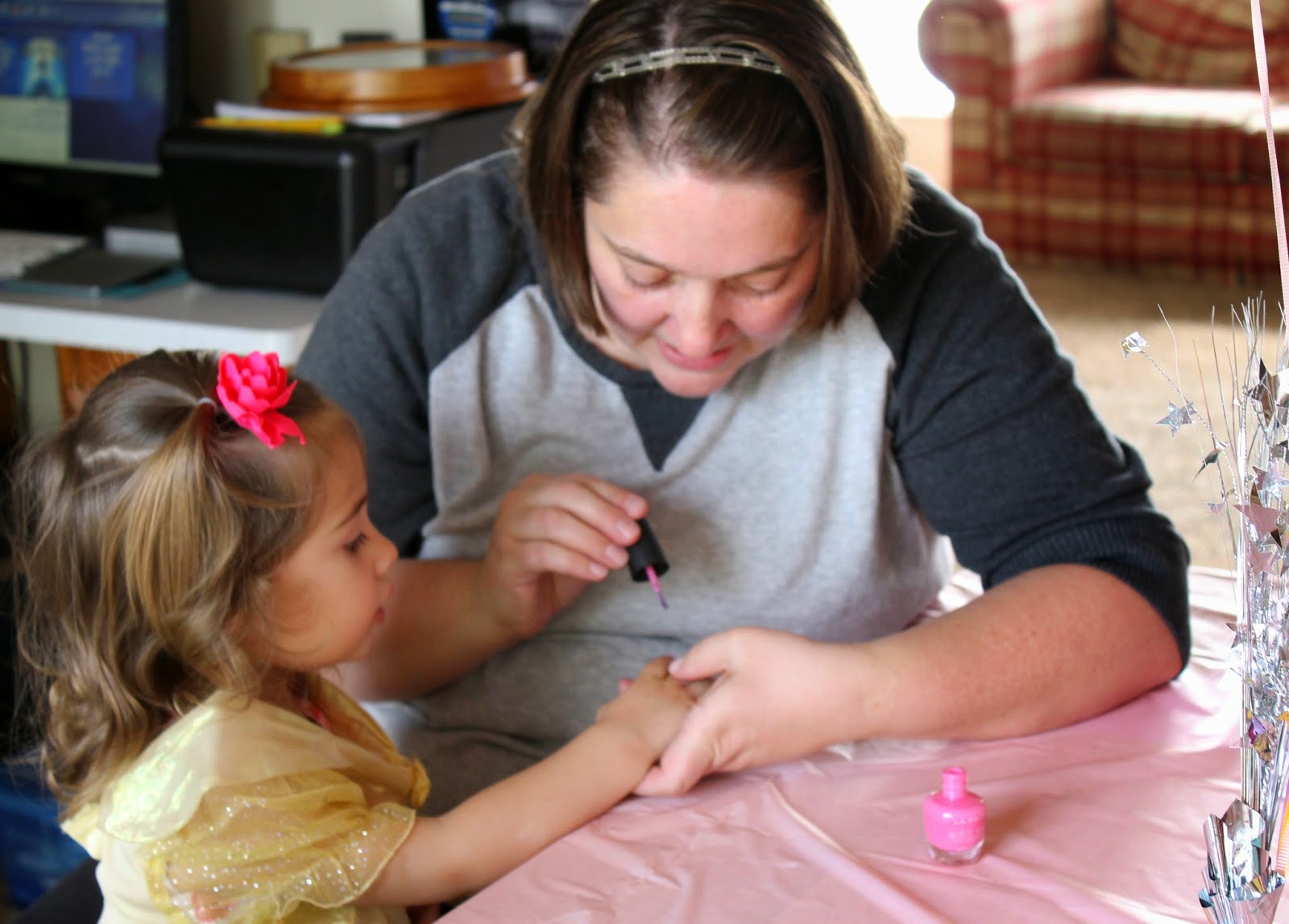 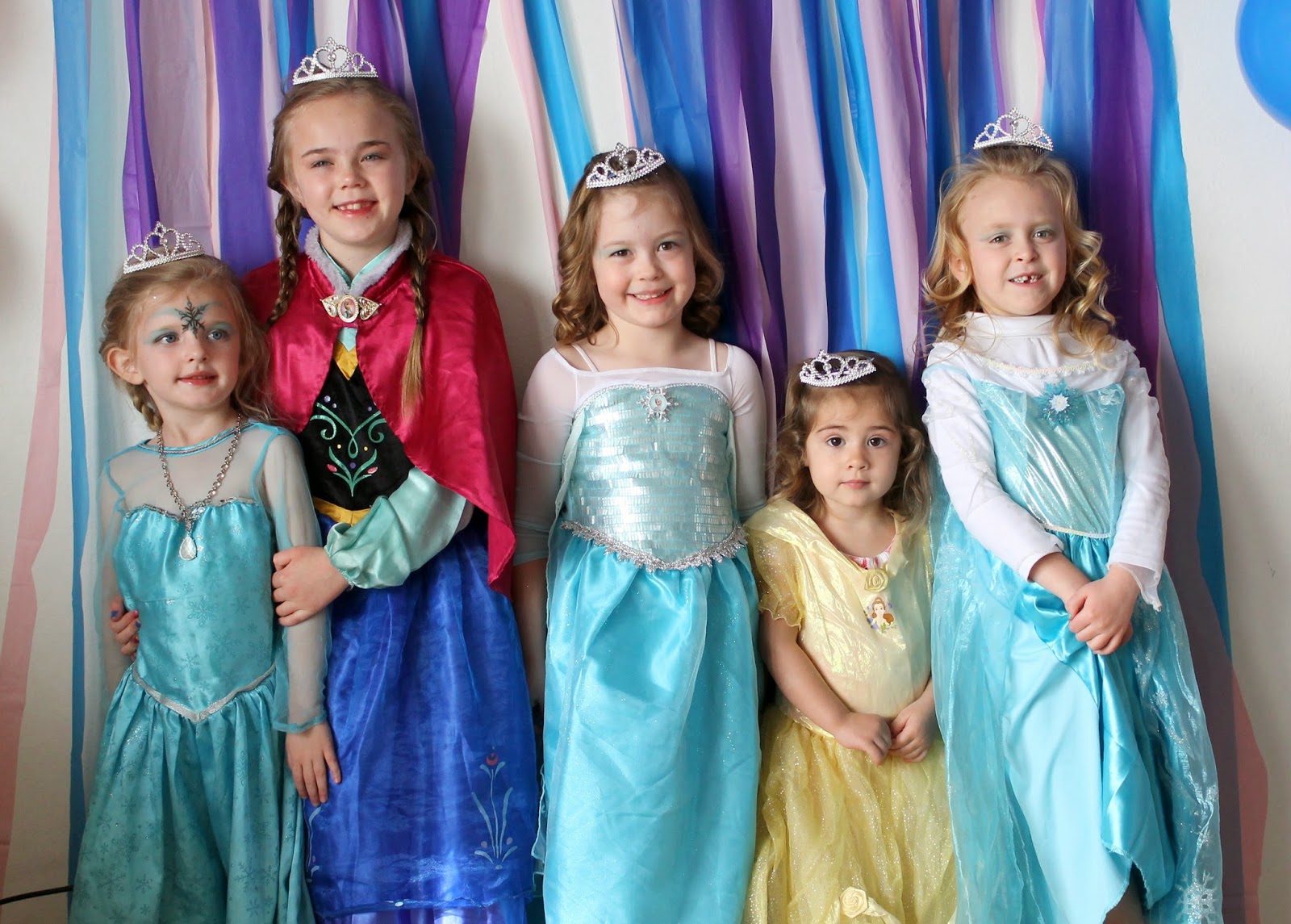 The moment Elsa and Anna arrived - Sophie was a little awestruck 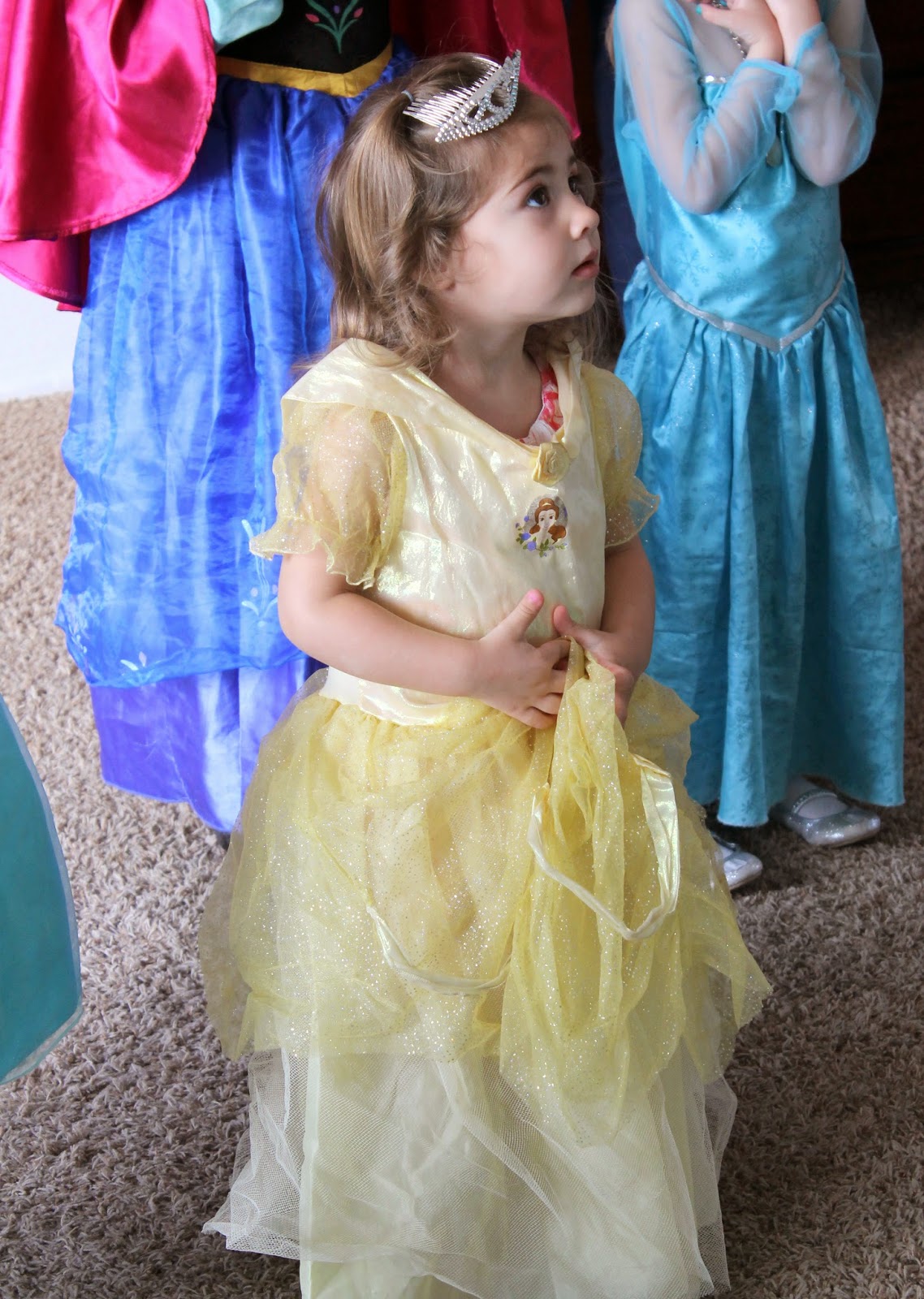 Playing games with Anna and Elsa 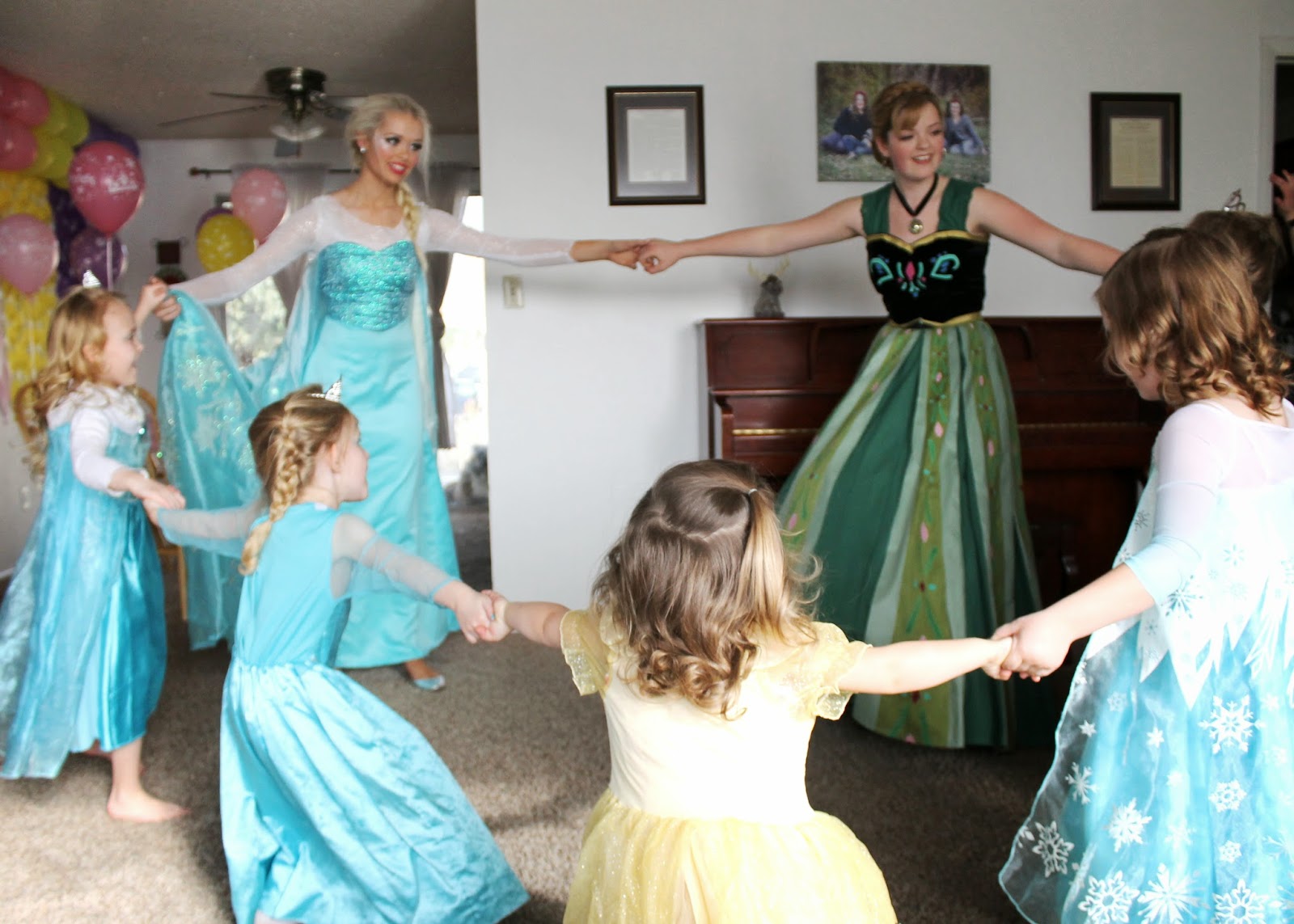 At one point Elsa asked her what her favorite animal was and after a lot of thinking, she replied "Cinderella" 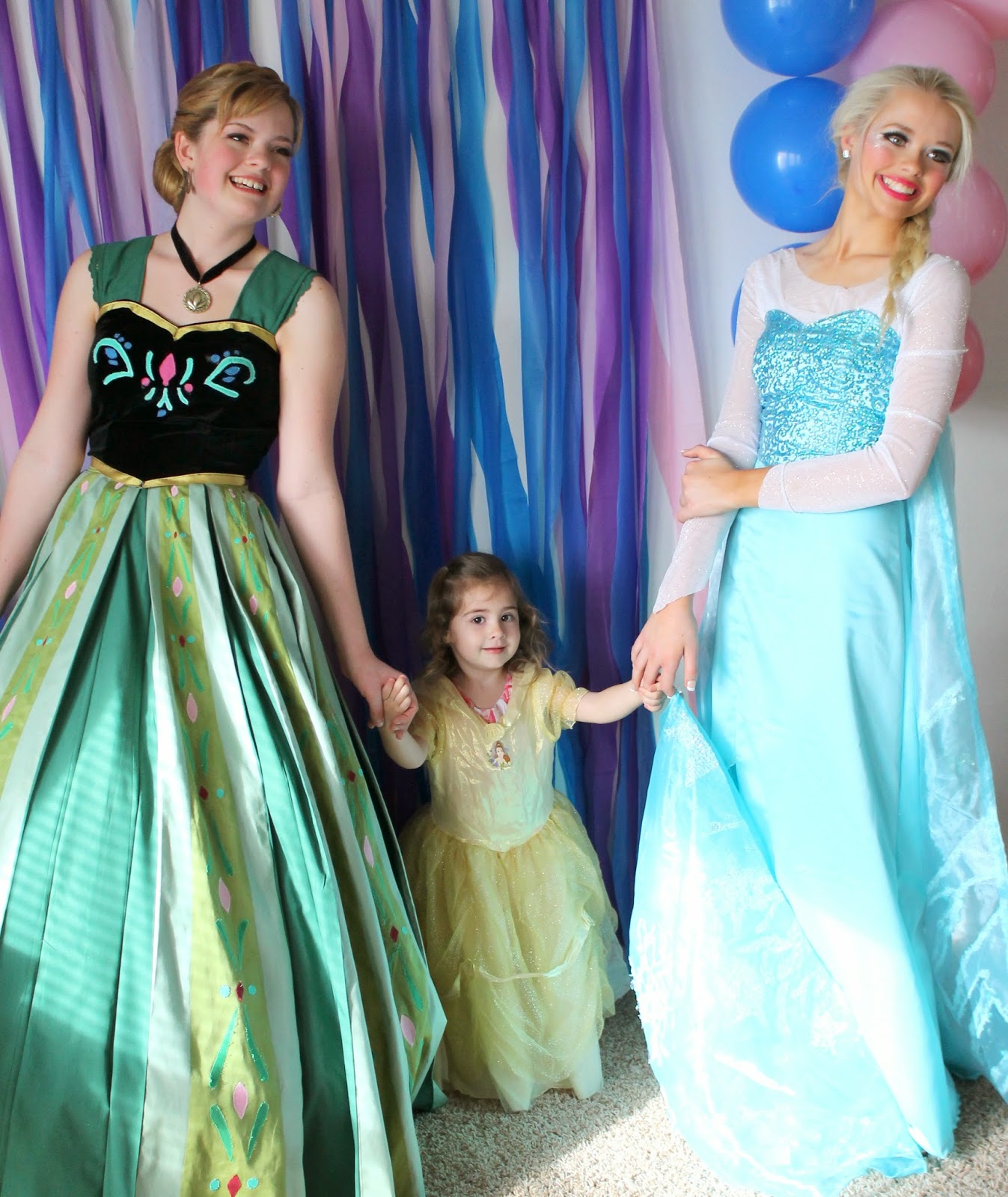 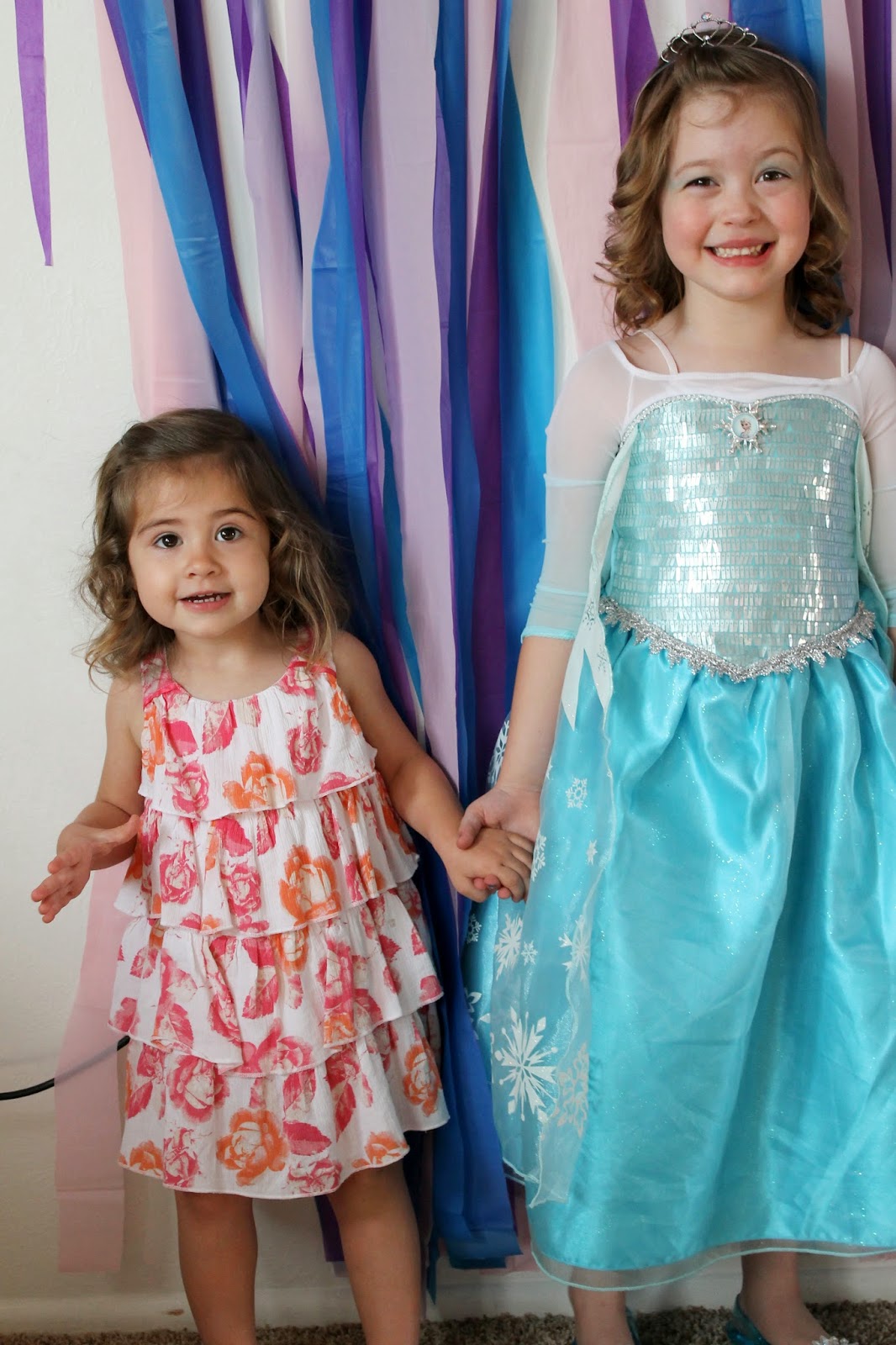