Today it snowed, which was pretty exciting because we've had almost no snow this year. It was clear and dry when we got up, but after breakfast we noticed some flurries that soon turned into a storm. Sophie desperately wanted to go outside and build a snowman, and against my better nature I got her all bundled up and took her out to play even though I was still in pajamas and hadn't done anything to get ready for work. 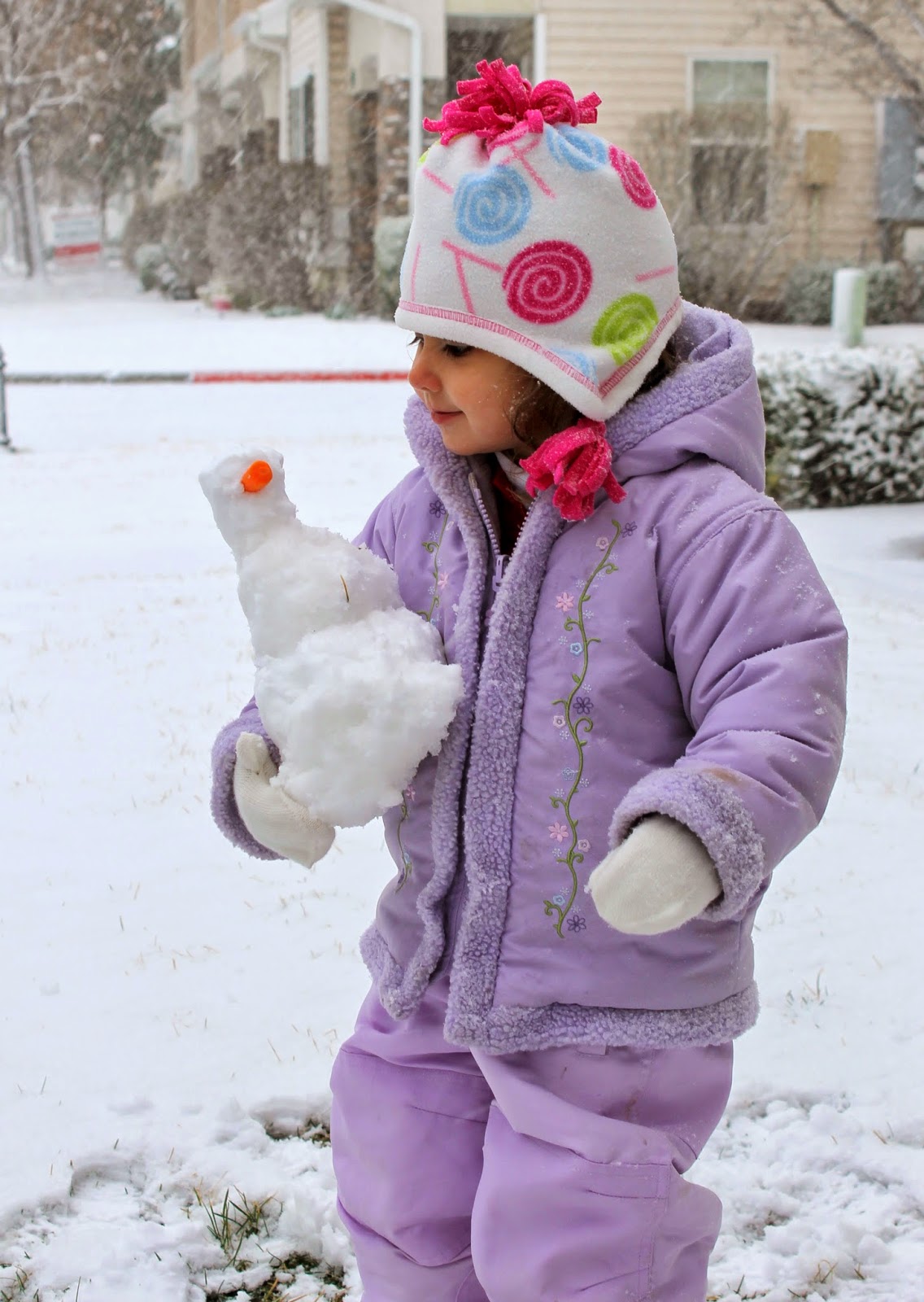 After about 10 minutes I cut our playtime short because we really had to get ready to leave, especially since I knew the roads would be bad. It was not a fun drive into work, but we made it without incident and were only 15 minutes late.

The sun came out later in the day and melted all the snow. Roads that were completely covered hours before were now bone dry, and we cruised all the way home. Luckily there was still a small patch of snow left in front of our house for Sophie to play in when we got back. She happily tramped around until I made her come inside because I was cold. I'm glad we got to have some fun in this short-lived storm! 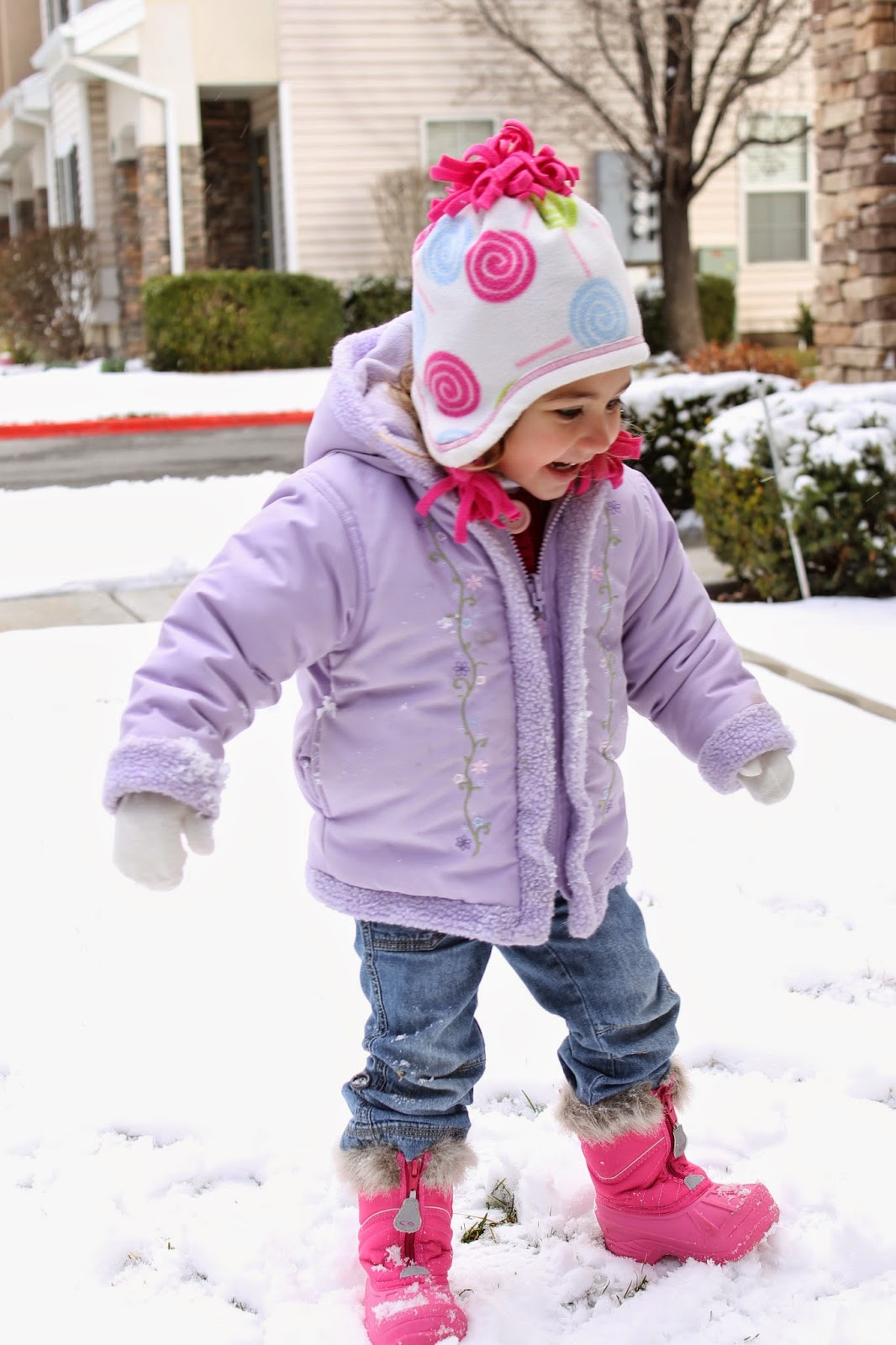 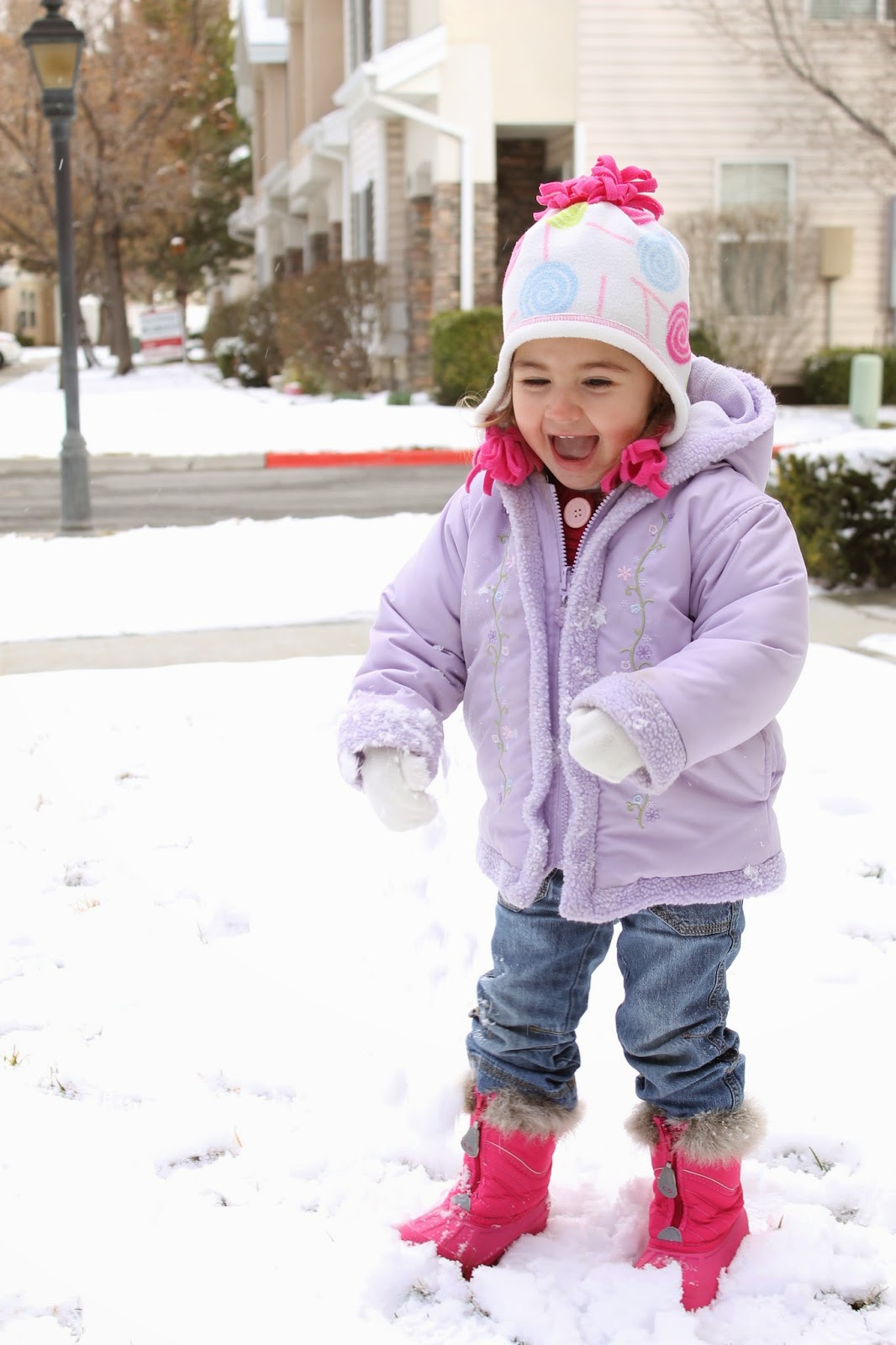 Daddy and Sophie having a "snowball fight". It was a pretty one sided fight because she never really figured out how to throw back. Dave would throw snow at her and as soon as he was out, she would walk up and hand him some more. 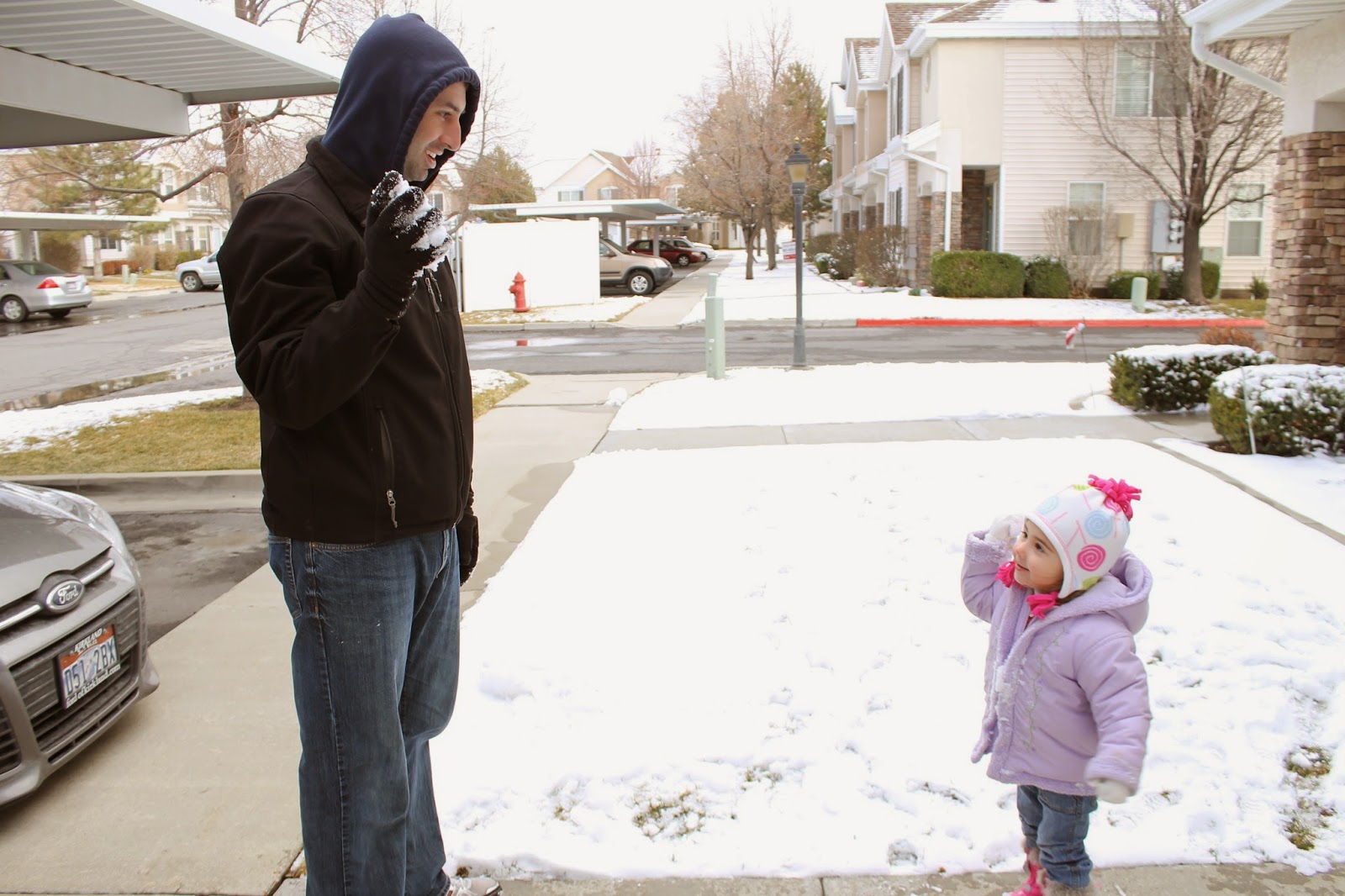