TUESDAY: Today was California Adventure park. We arrived early again and were able to snag fast passes to the Cars racing ride before going over to the 3D Toy Story ride, which always gets long lines. Some of the bigger riders were closed, like Soaring Over California & Grizzly rapids, so we had no trouble fitting in everything we wanted. Our day here was almost perfect - the lines were short, the weather was a bit cooler, and we ran into several characters for Sophie to meet. She had no fear and ran right up to say hello and give hugs every time we met someone. It was so cute to see her face light up! I meant to take a video, but it didn't work out, so pictures will have to do instead.

There is a whole "Frozen" land set up at California Adventure, but we didn't want to fight the crowds so Sophie enjoyed this picture of Elsa instead 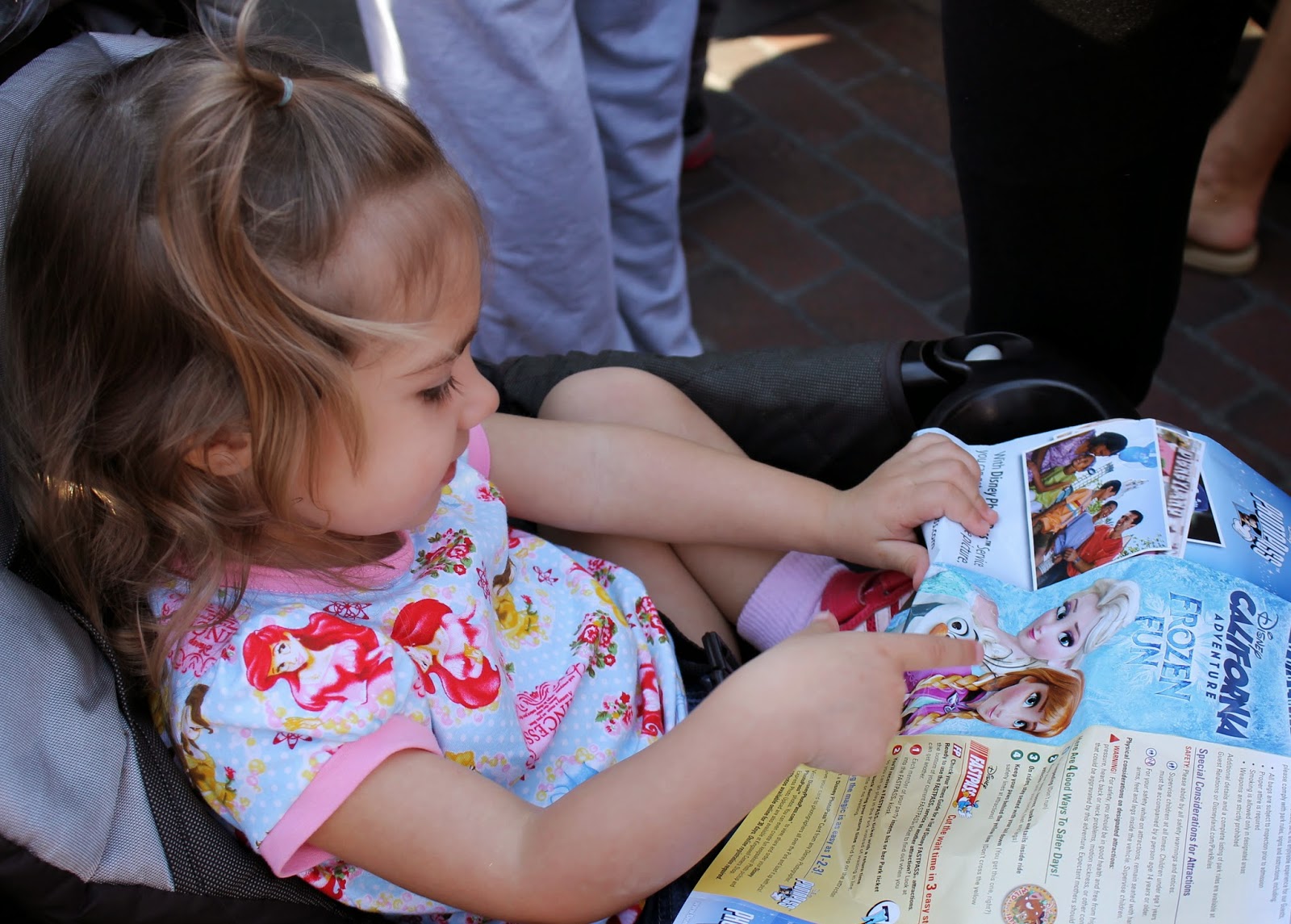 On the Toy Story 3D ride. This is one of my favorites and we did it twice. The first time we had Sophie sit between us, which was a mistake. She was too little to reach the gun and her head banged the back of the seat every time the car moved. The second time she sat on my lap which worked a lot better. 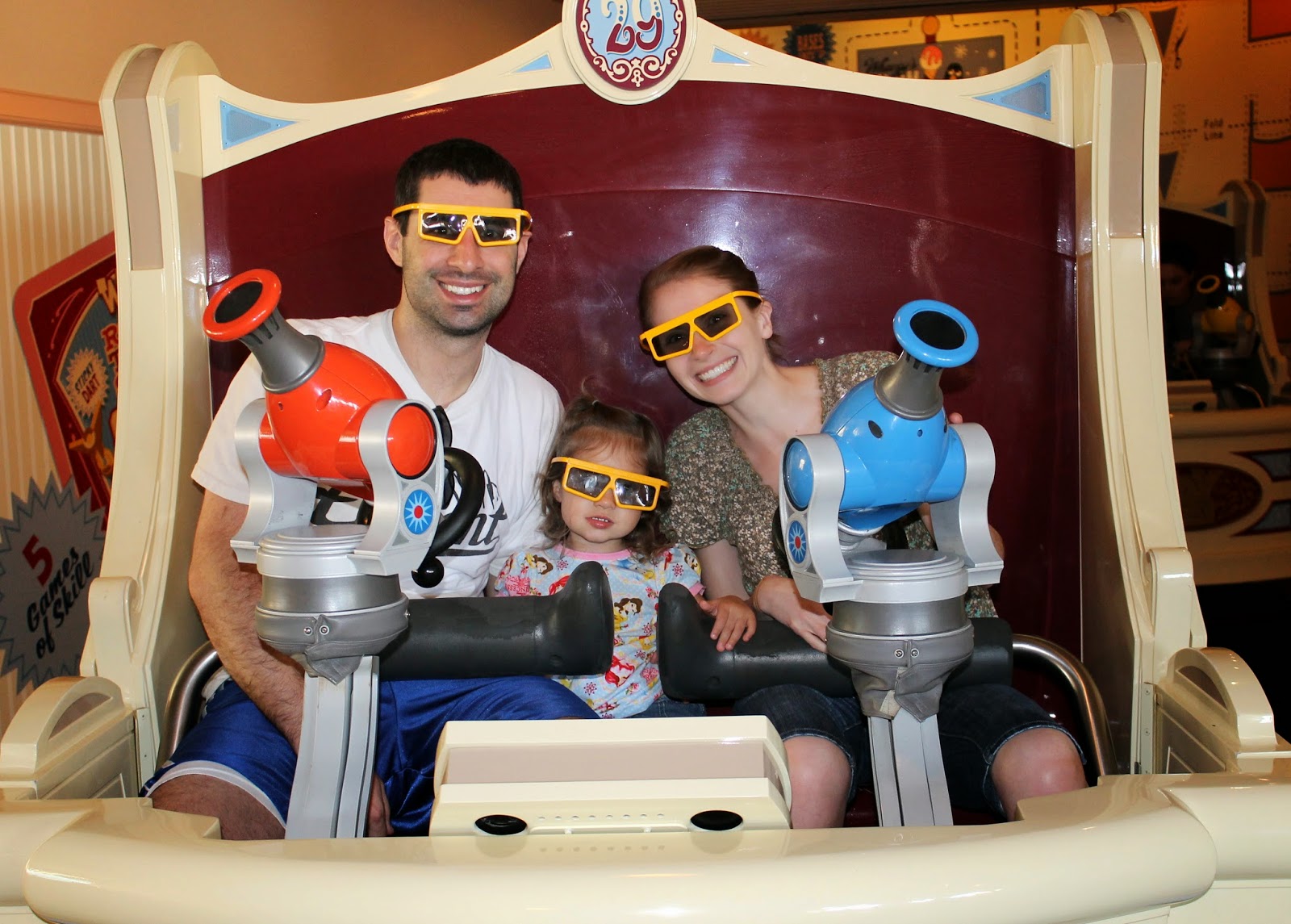 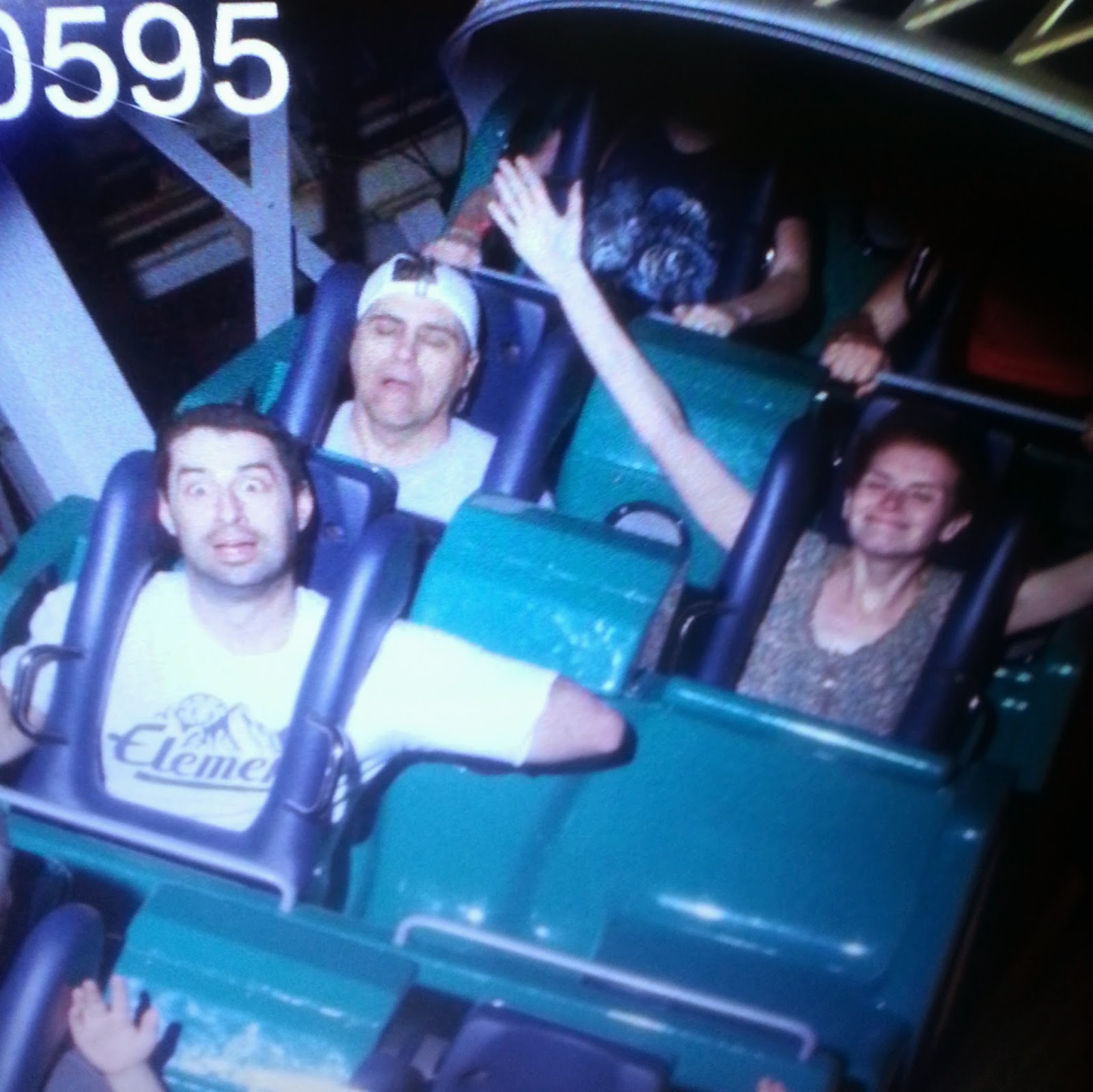 The carousel is right next to Screamer so Sophie got to ride this several times with me and Grandmari while people took turns riding the roller coaster. 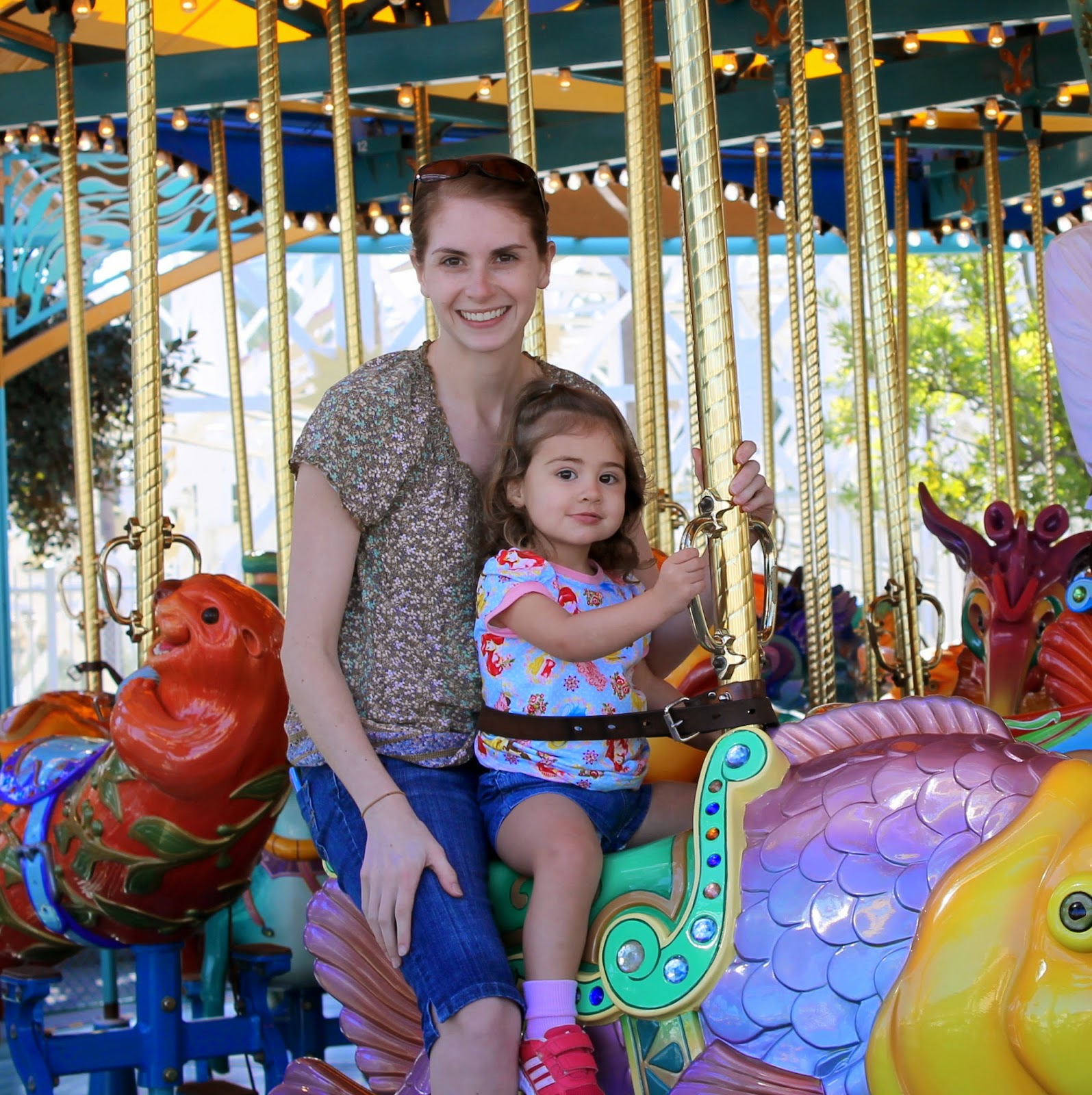 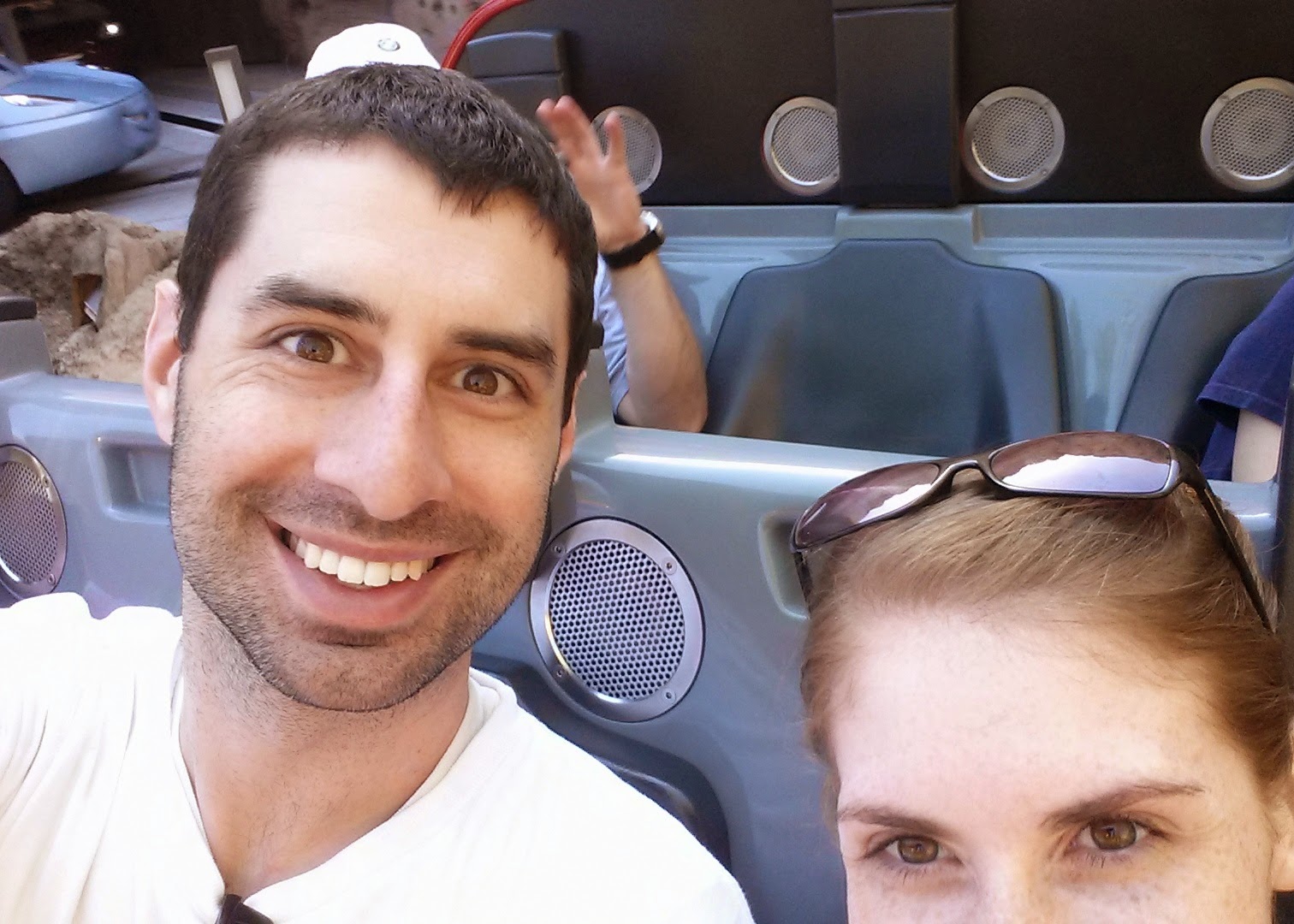 Meeting Donald Duck - she loved him so much 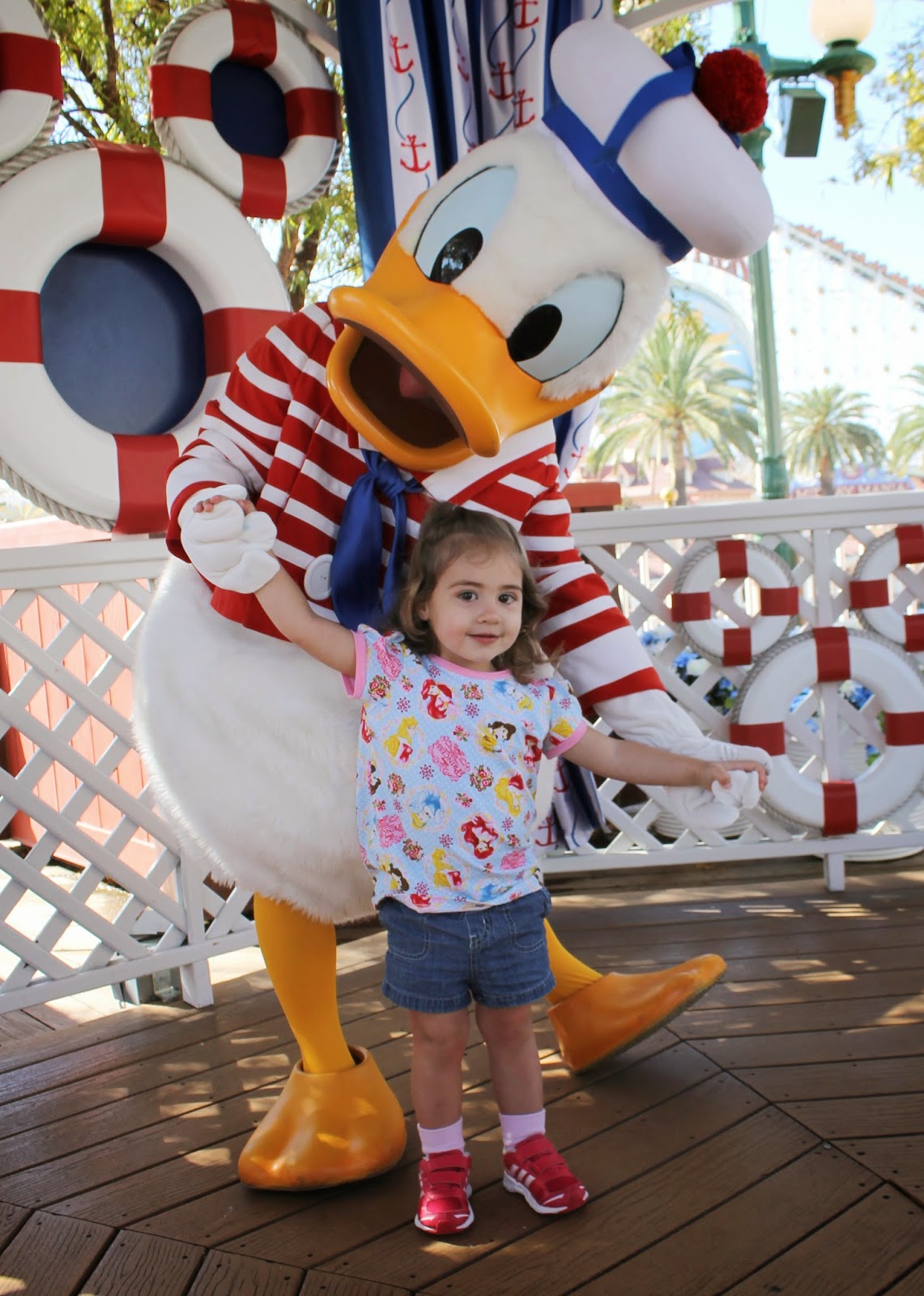 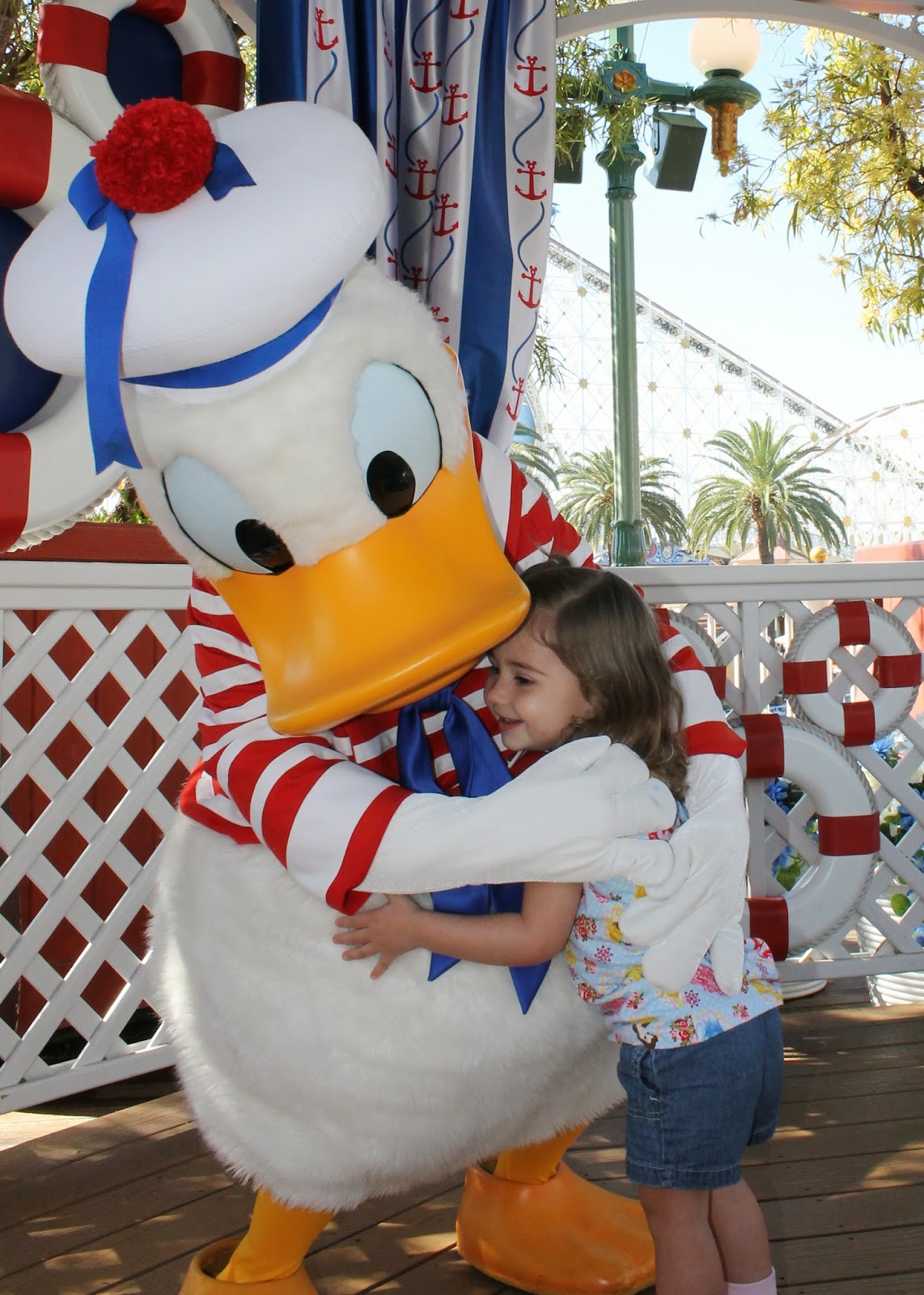 On the Little Mermaid ride with Nat and Brodie 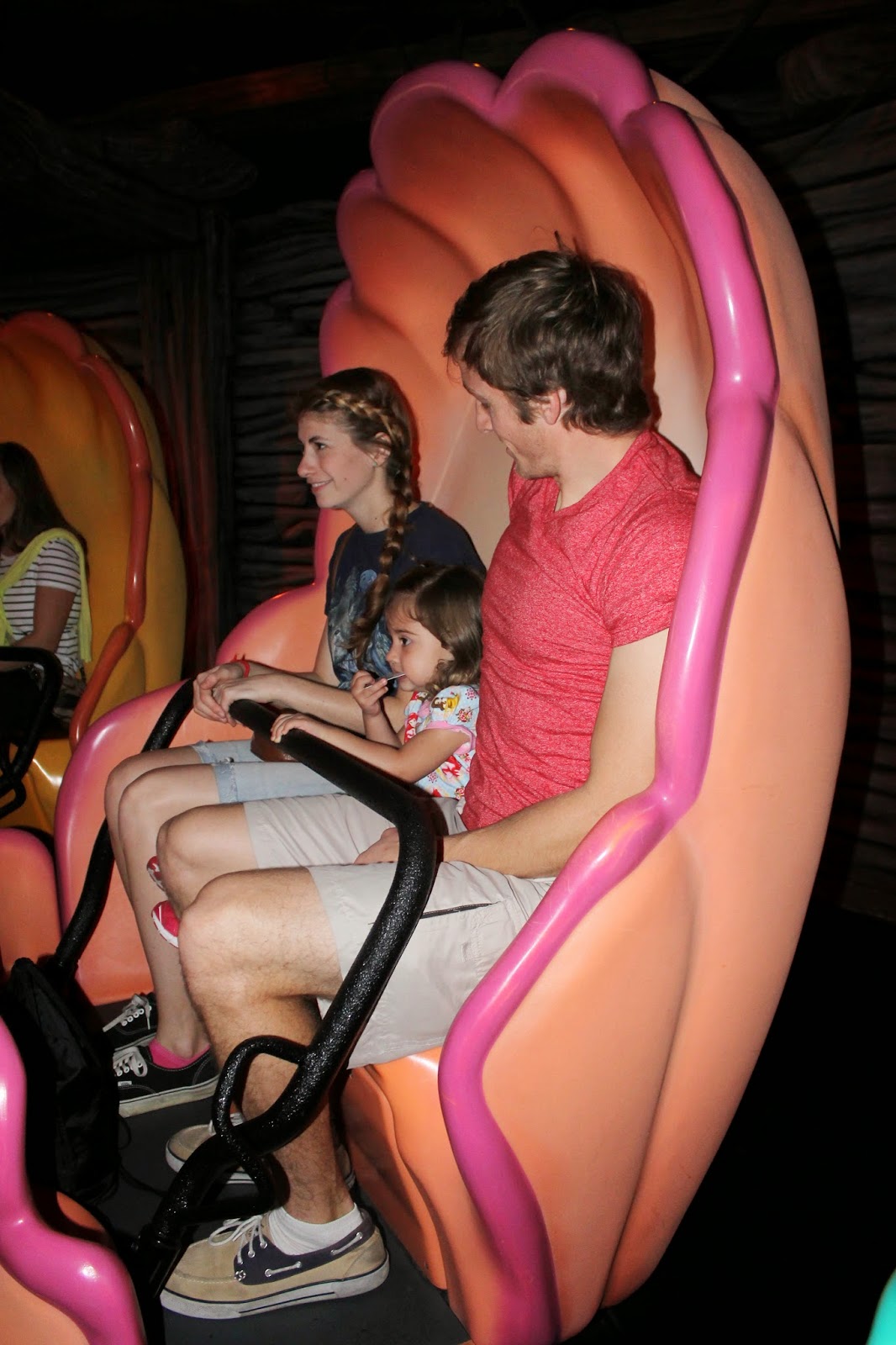 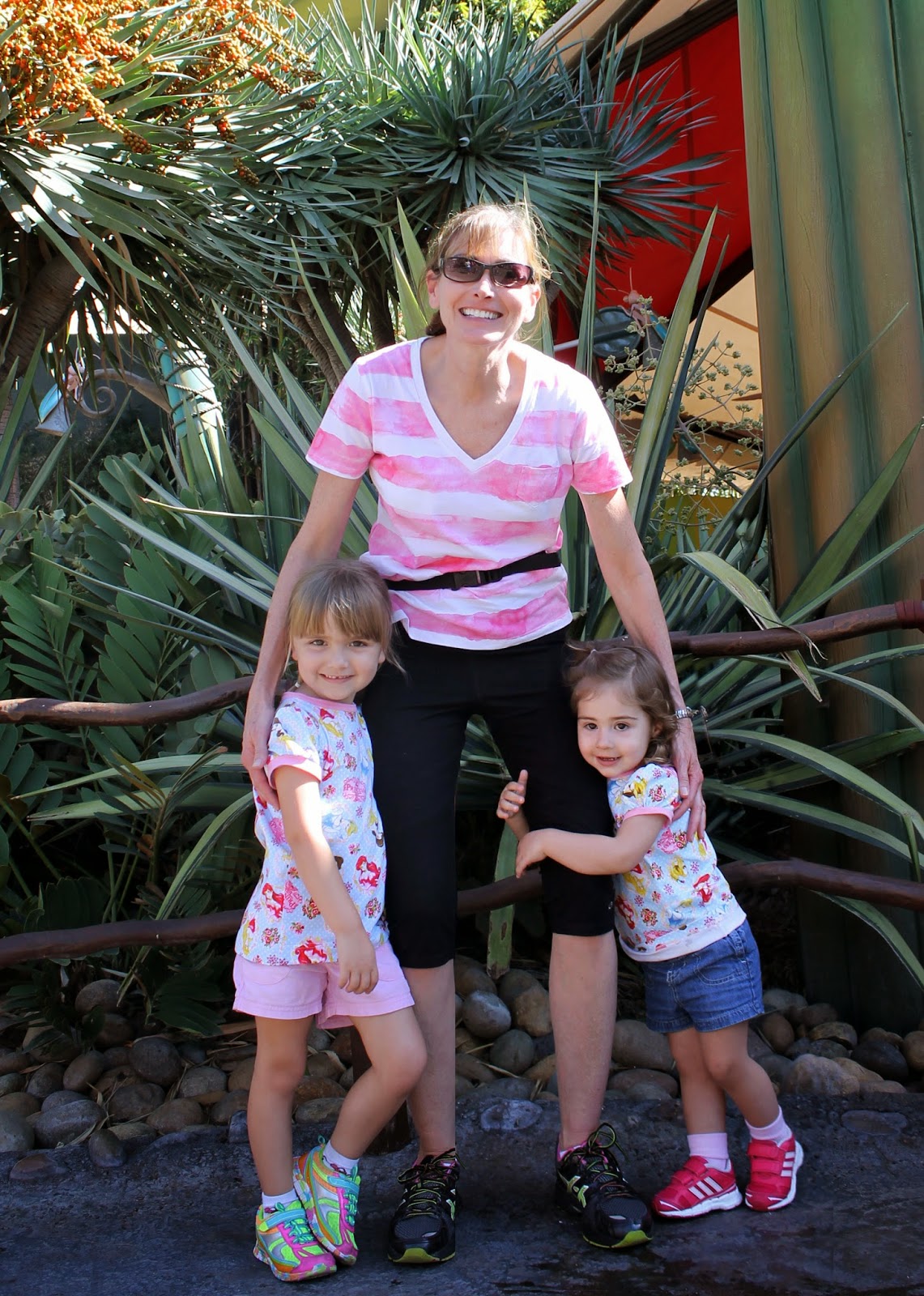 After lunch we met Sulley. We had just watched Monsters University a couple days before so she knew who he was. This was her favorite moment of the whole trip and she keeps telling us how she gave Sulley a hug and a high five. 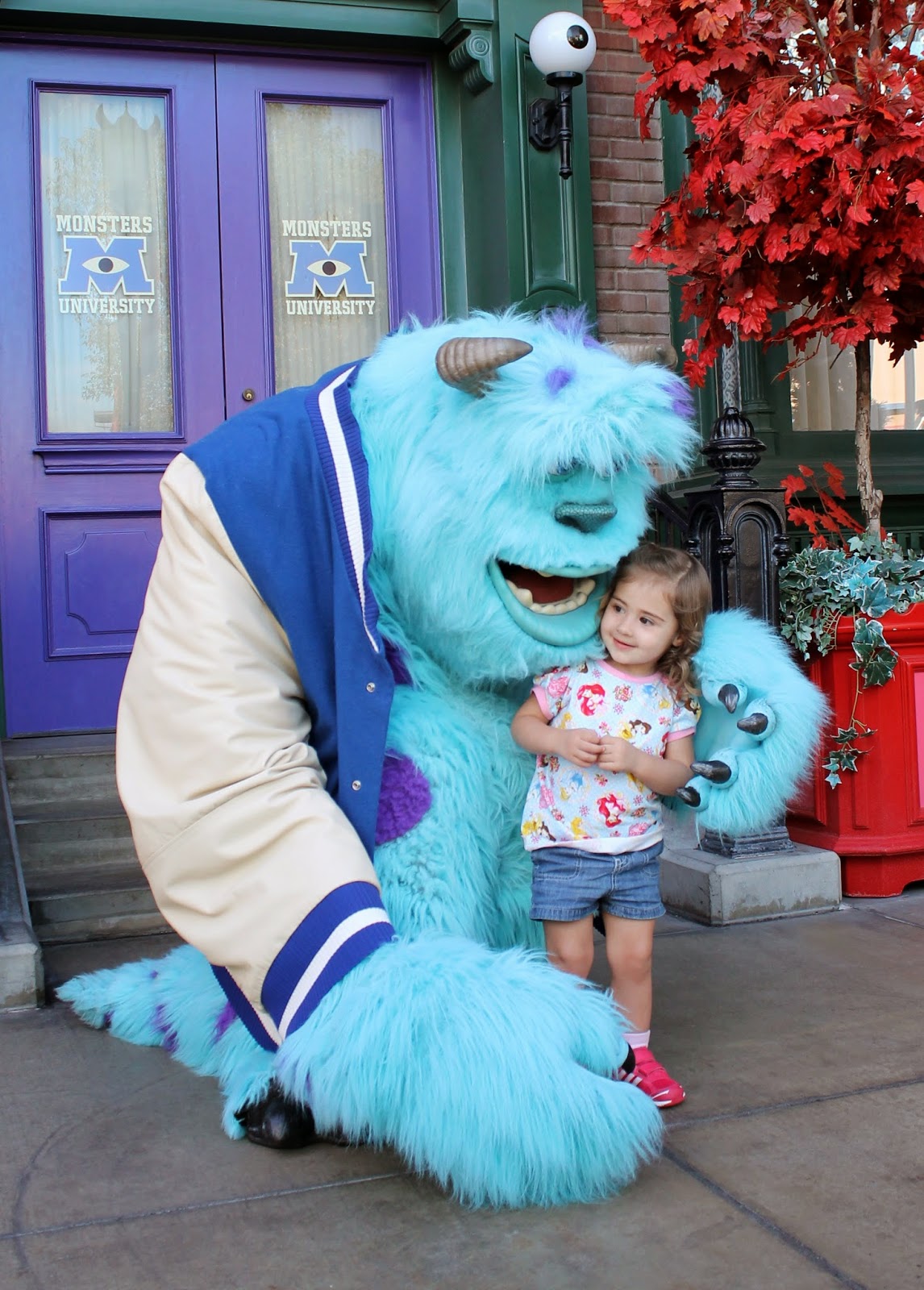 We went to the Aladdin show during her nap 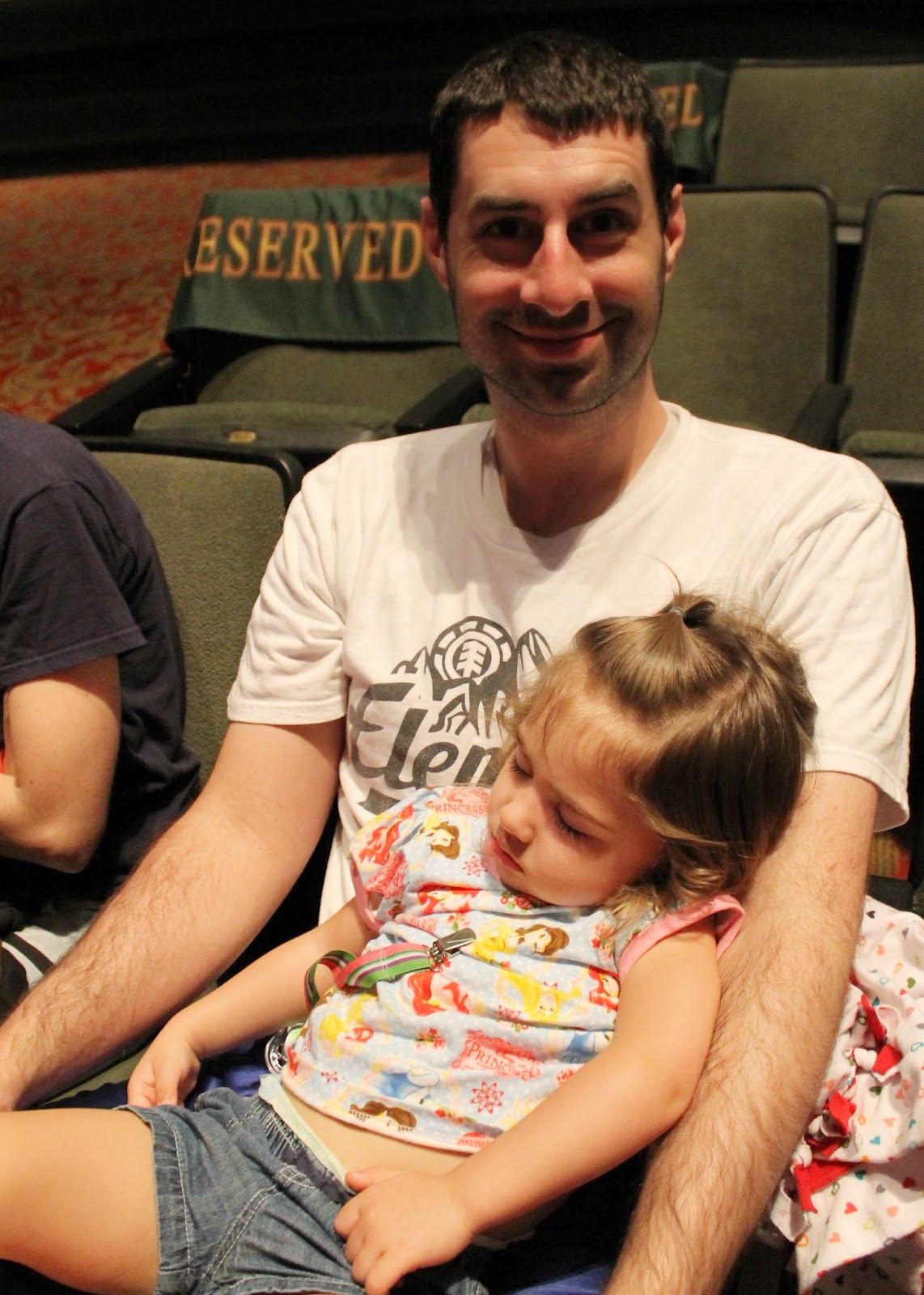 Enjoying a ride with momma 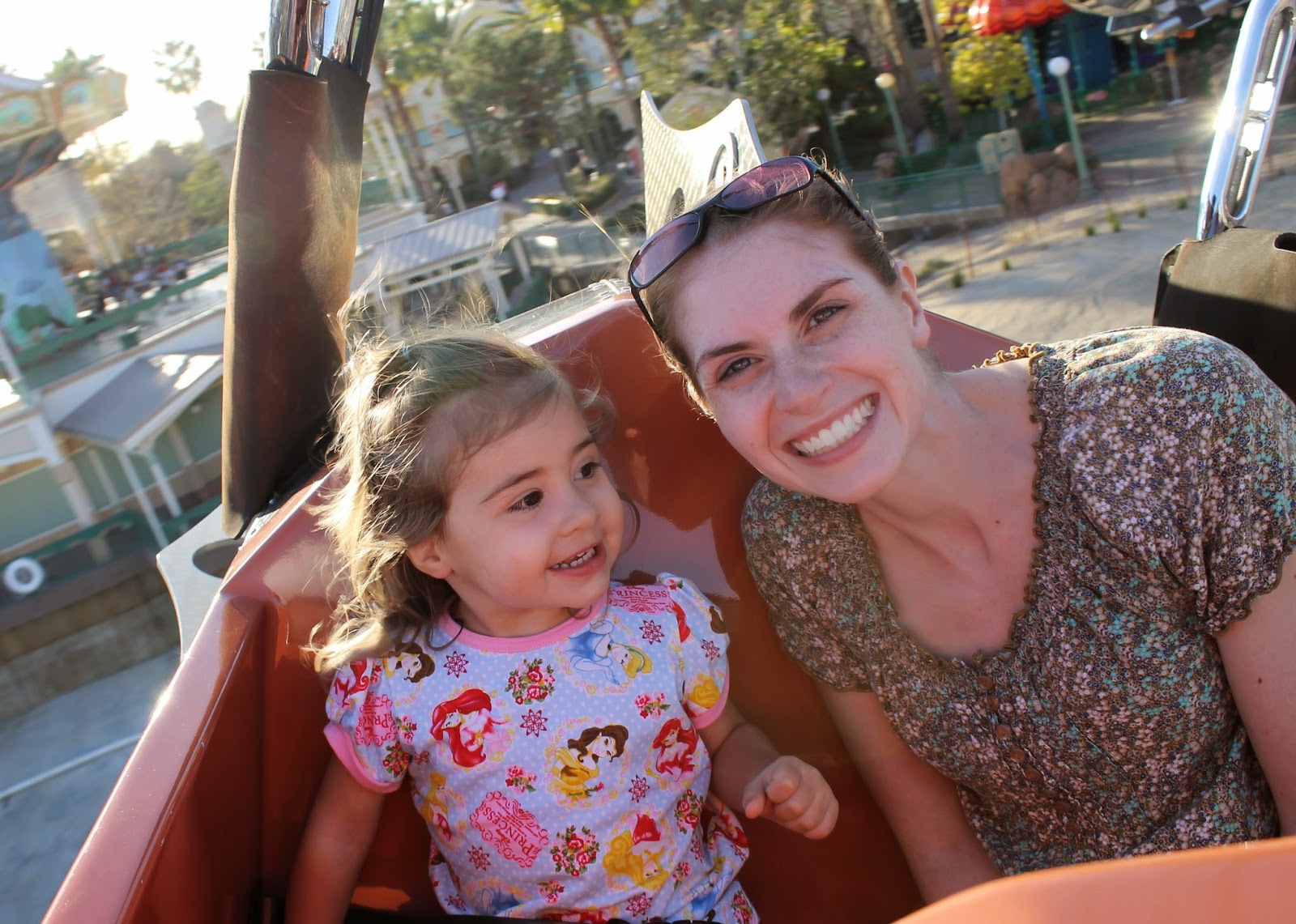 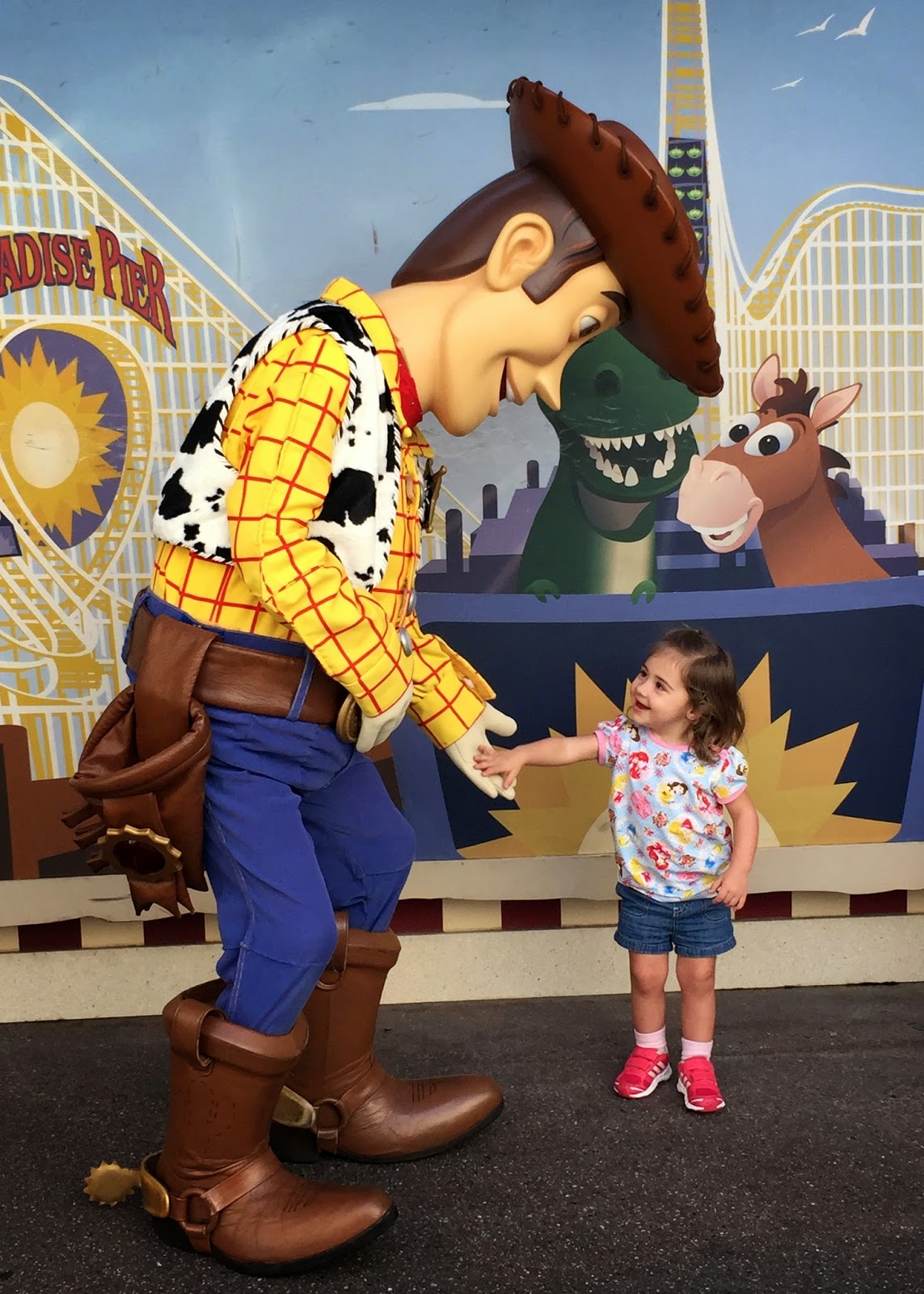 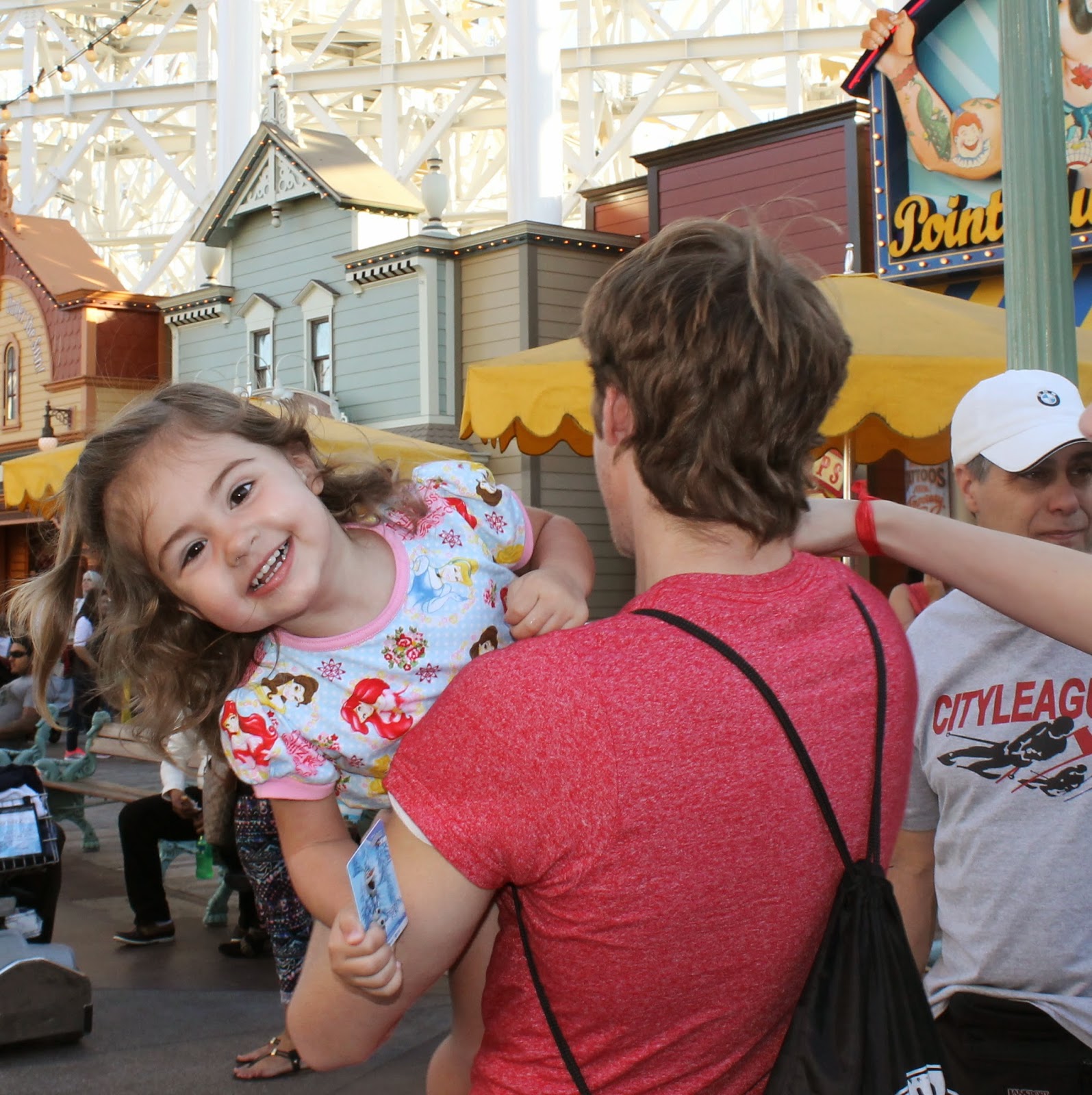 Family picture - at least Mickey is in focus 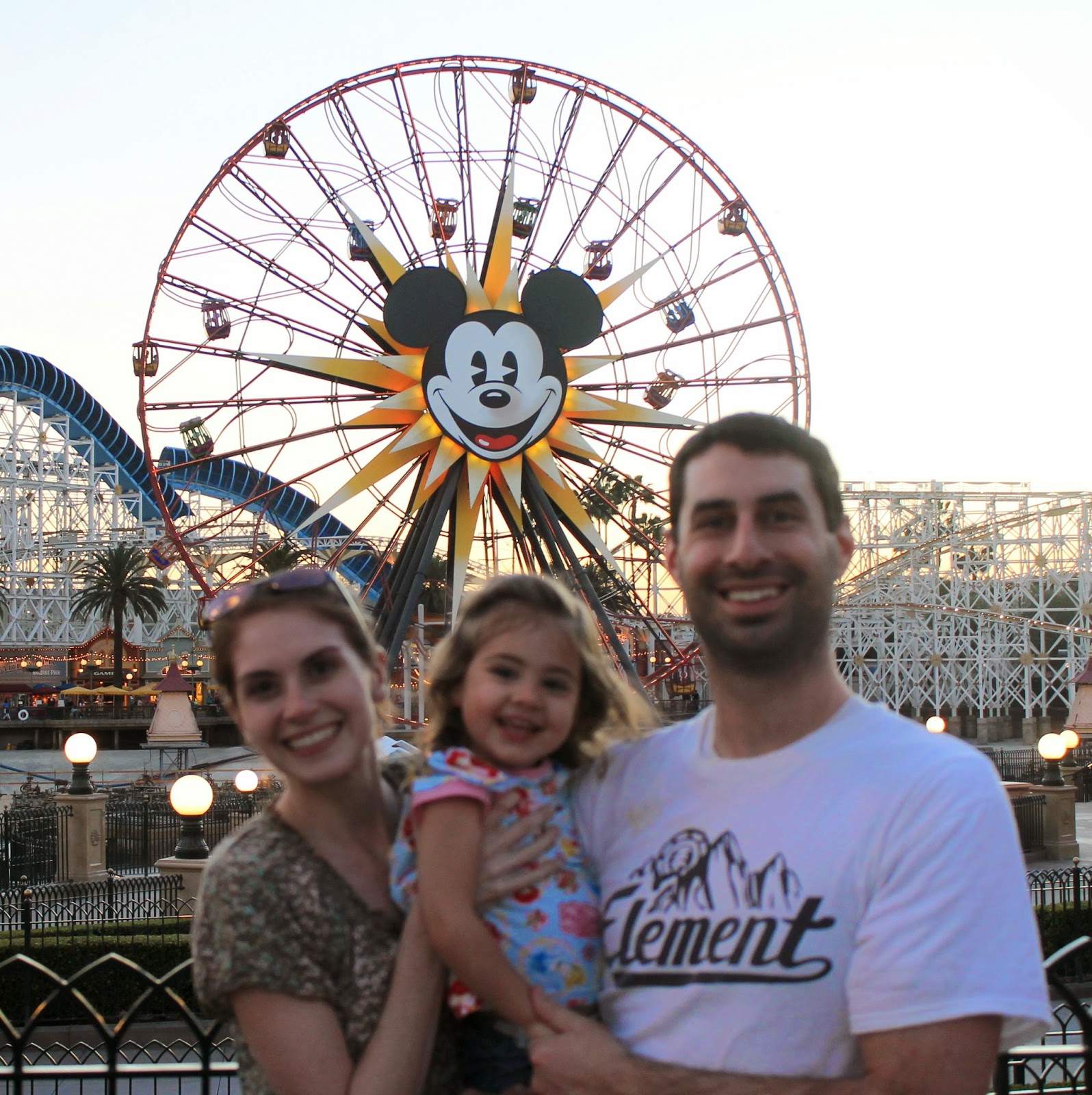 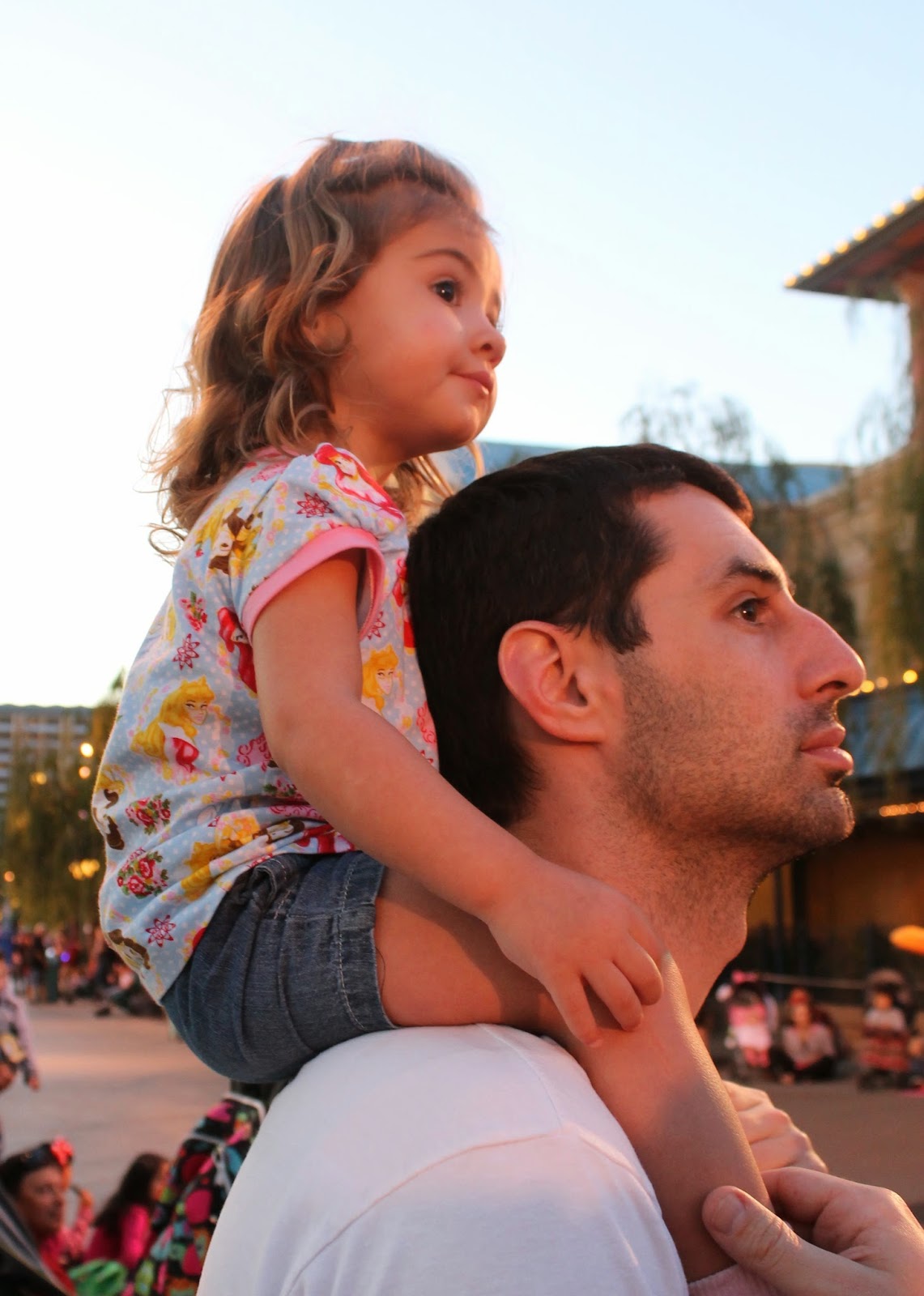 On our way out of the park we saw Mickey and ran over to say hello, but he wasn't available to greet guests. Sophie was devastated, but just around the corner we found Goofy and Pluto! They saved the day. Goofy had to leave as well, but gave Sophie a hug on his way out. 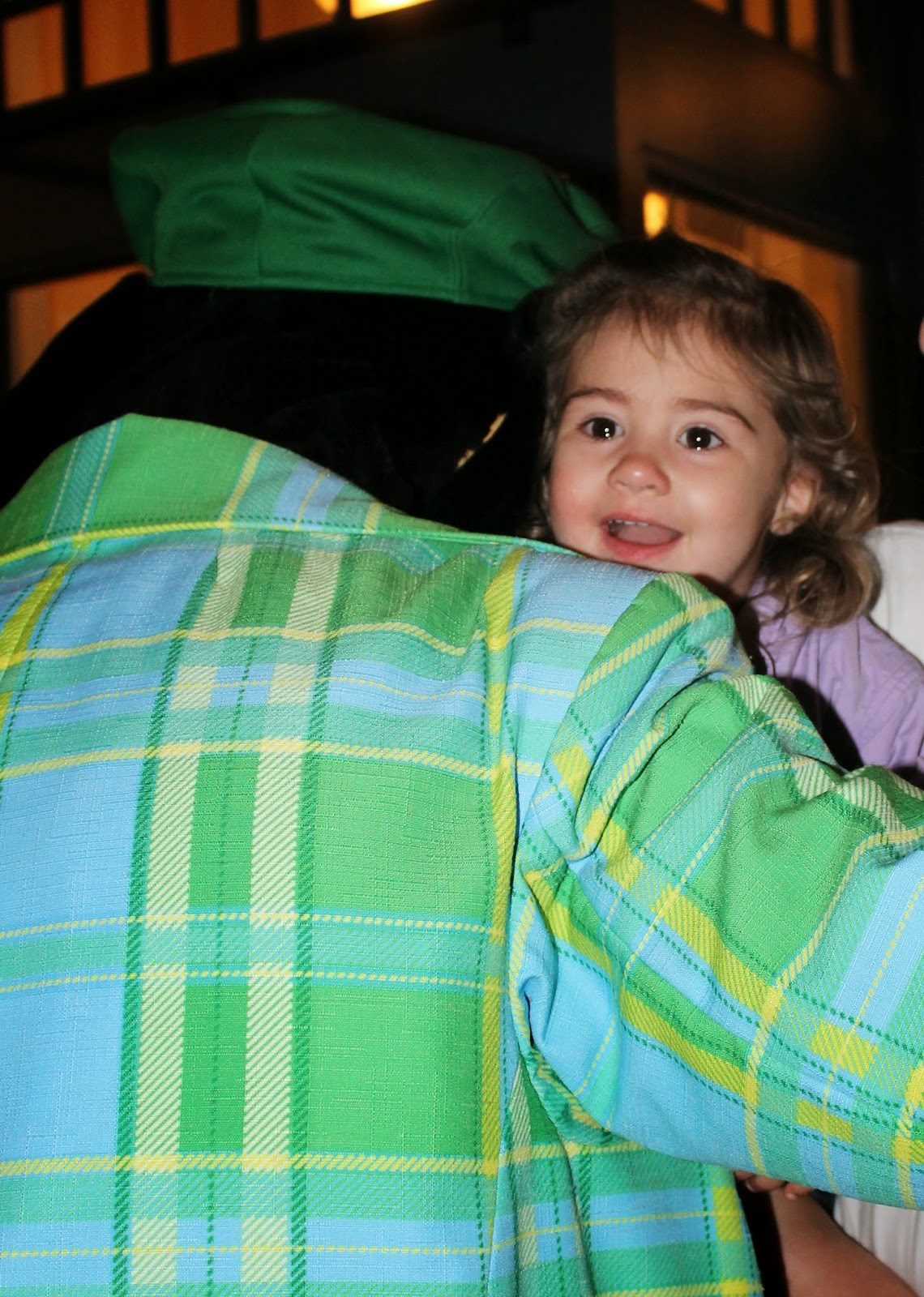 Behind Pluto's whisker is a smile :) 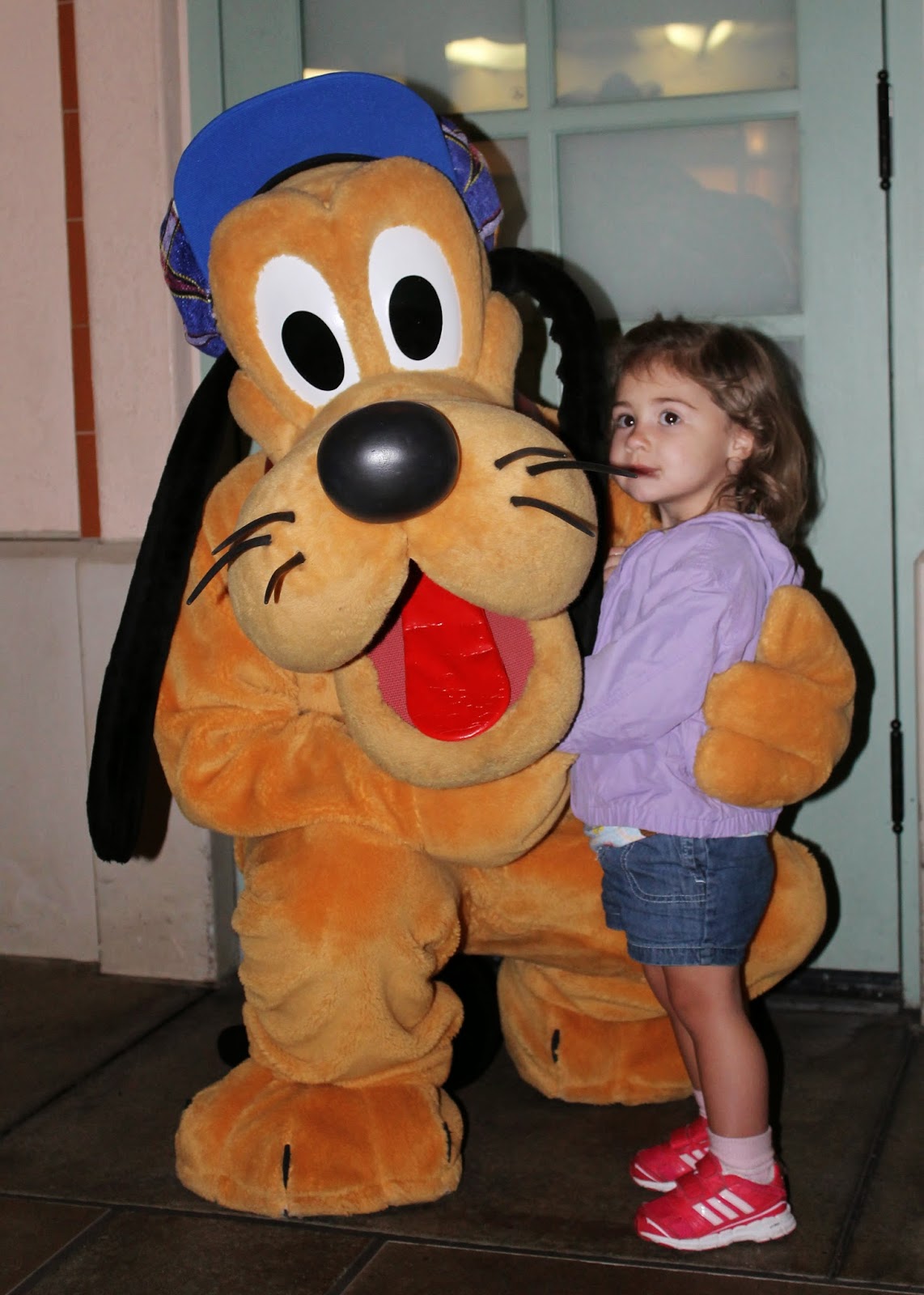 Thanks for the great trip Disneyland - we hope we can come back soon!