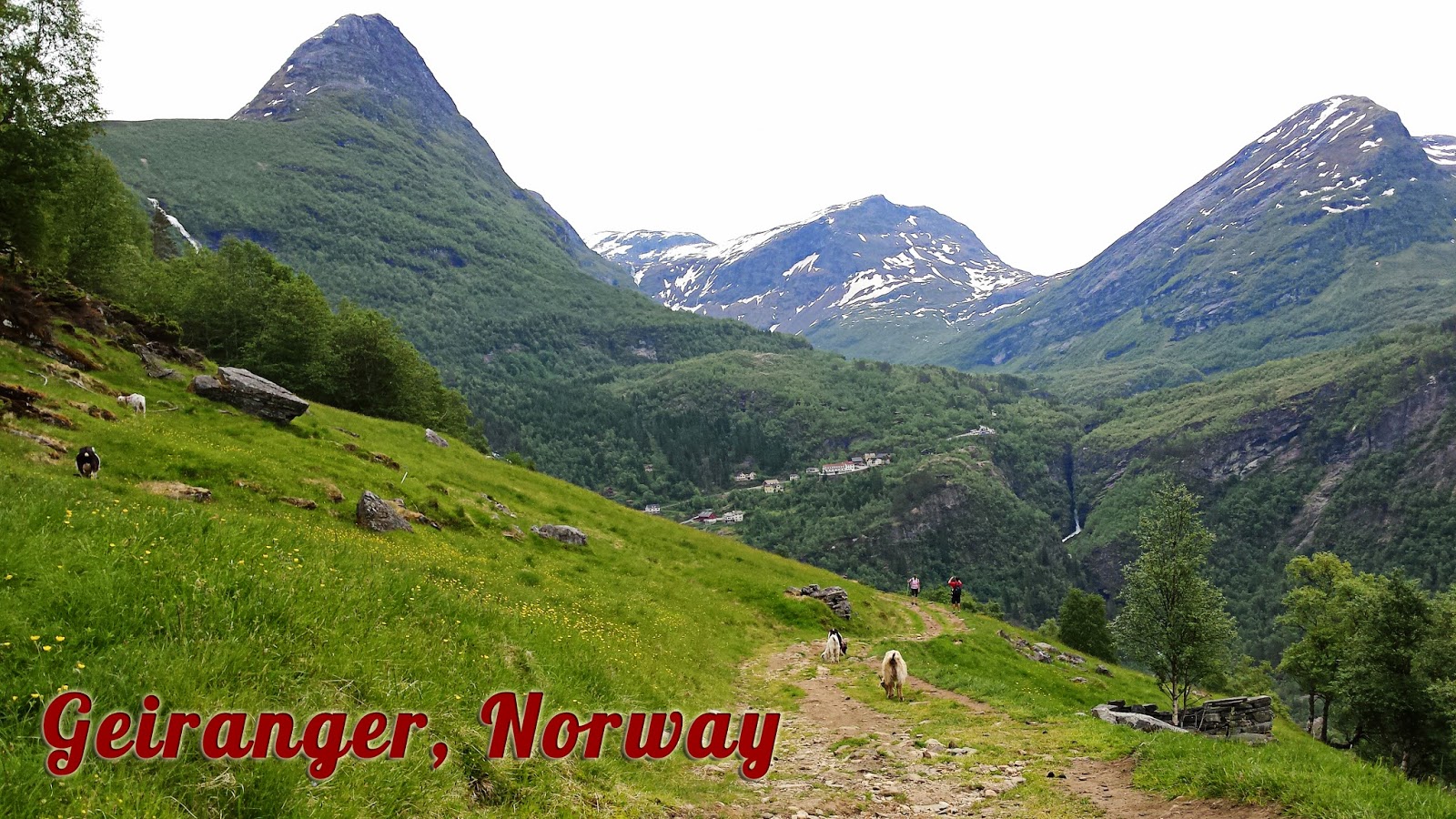 Geiranger is tiny town (pop. 300) at the end of one of Norway's most beautiful and famous fjords. At the beginning of our trip I was having a hard time remembering the name "Geiranger," so I started calling it "Gergerland", a name that did stick in my brain. No one knew quite what to expect from Gergerland. Of our four ports, it was known for being one of the more scenic stops, but the guide books didn't have much to say about it, and there were not many publicized excursions available to give us any ideas.


Cruising down the fjord 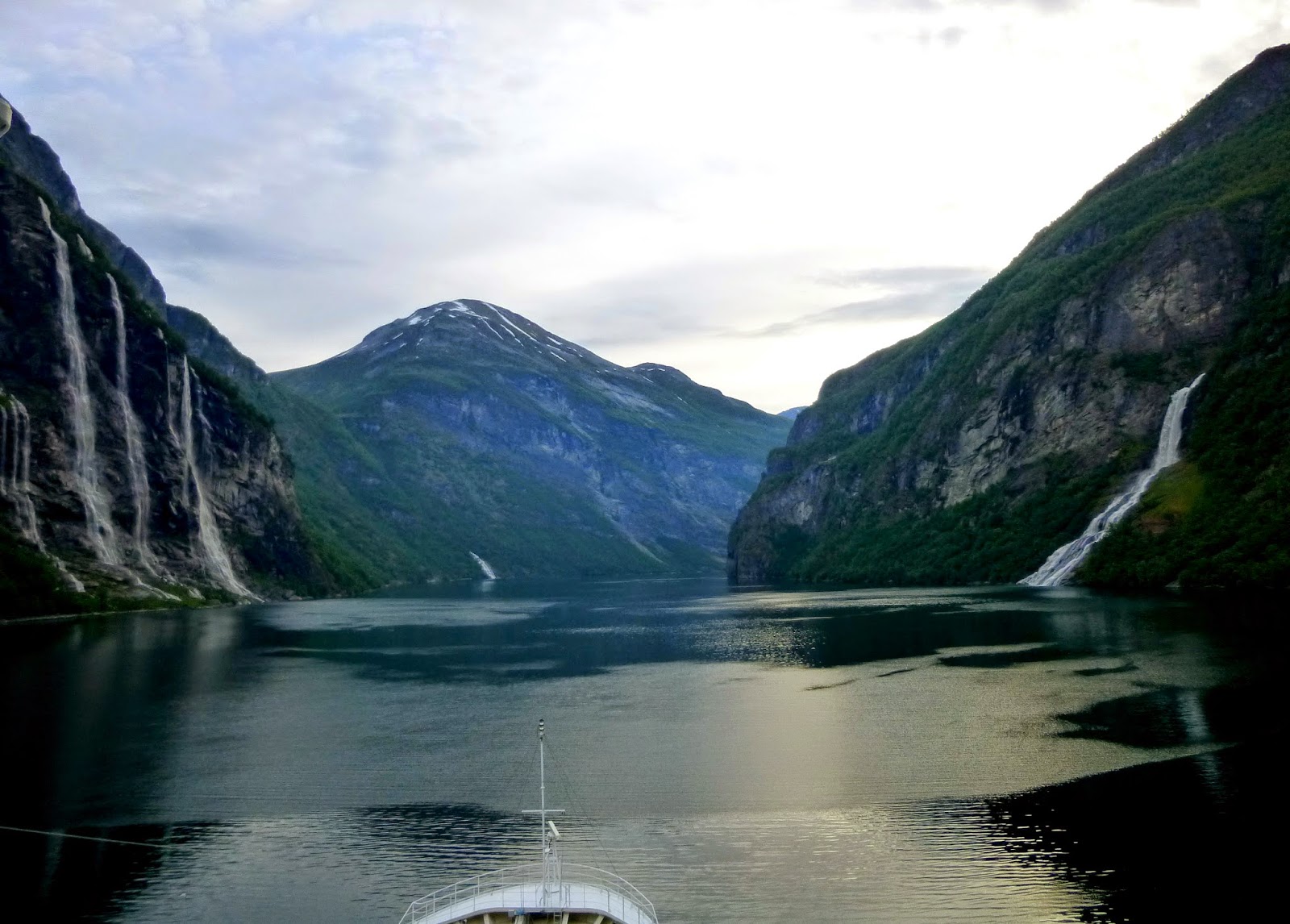 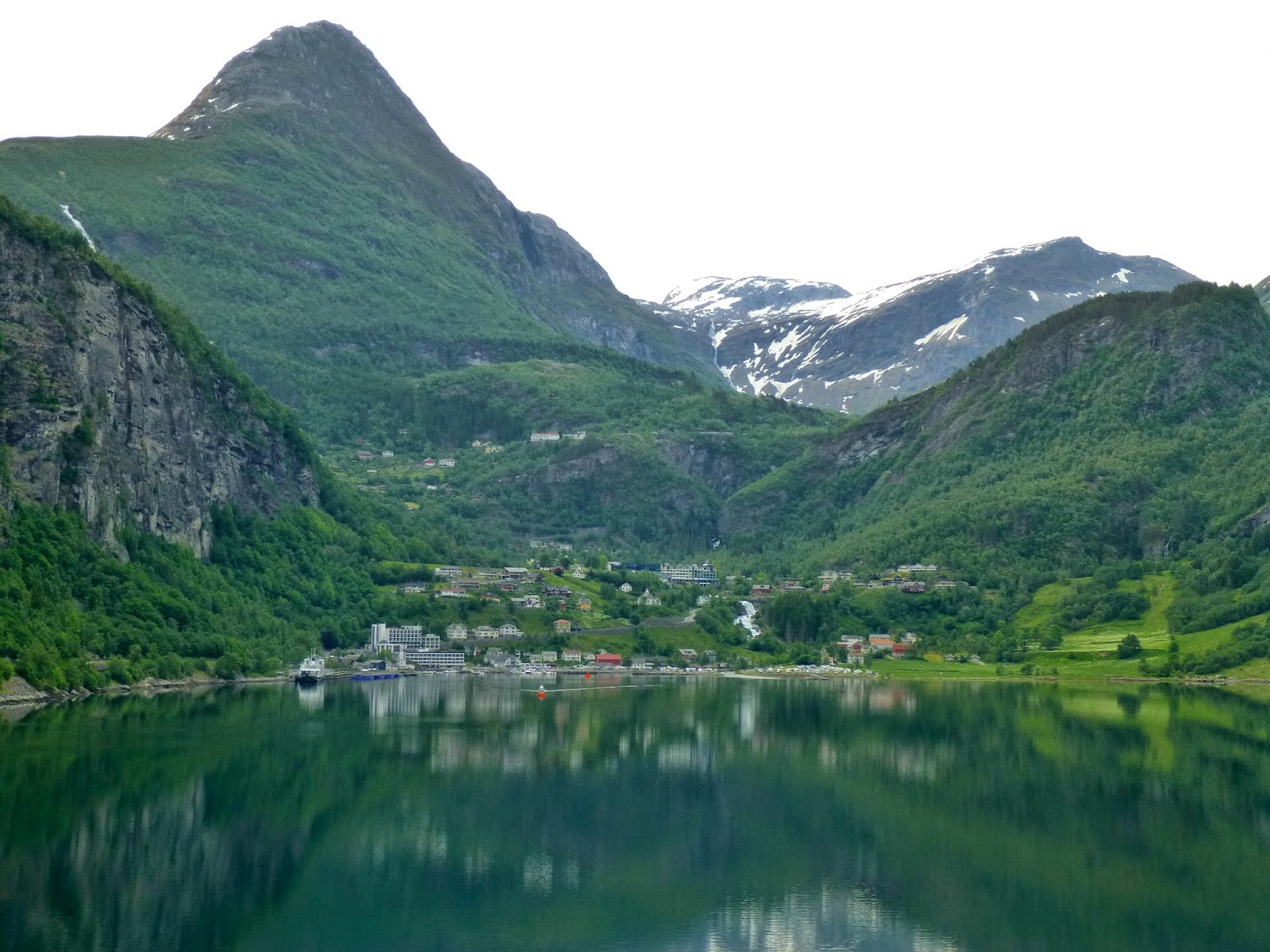 Since there was no "must see" destination, we decided that the best way to enjoy the beauty of this place would be to take a hike  After getting off the ship we grabbed a map and started walking. There is a roaring river that flows right through the middle of Geiranger. We followed the river up through the town, to where it was a waterfall! There were stairs up to some platforms that let you get a nice, close view of the falls.


The siblings - we missed you Amy! 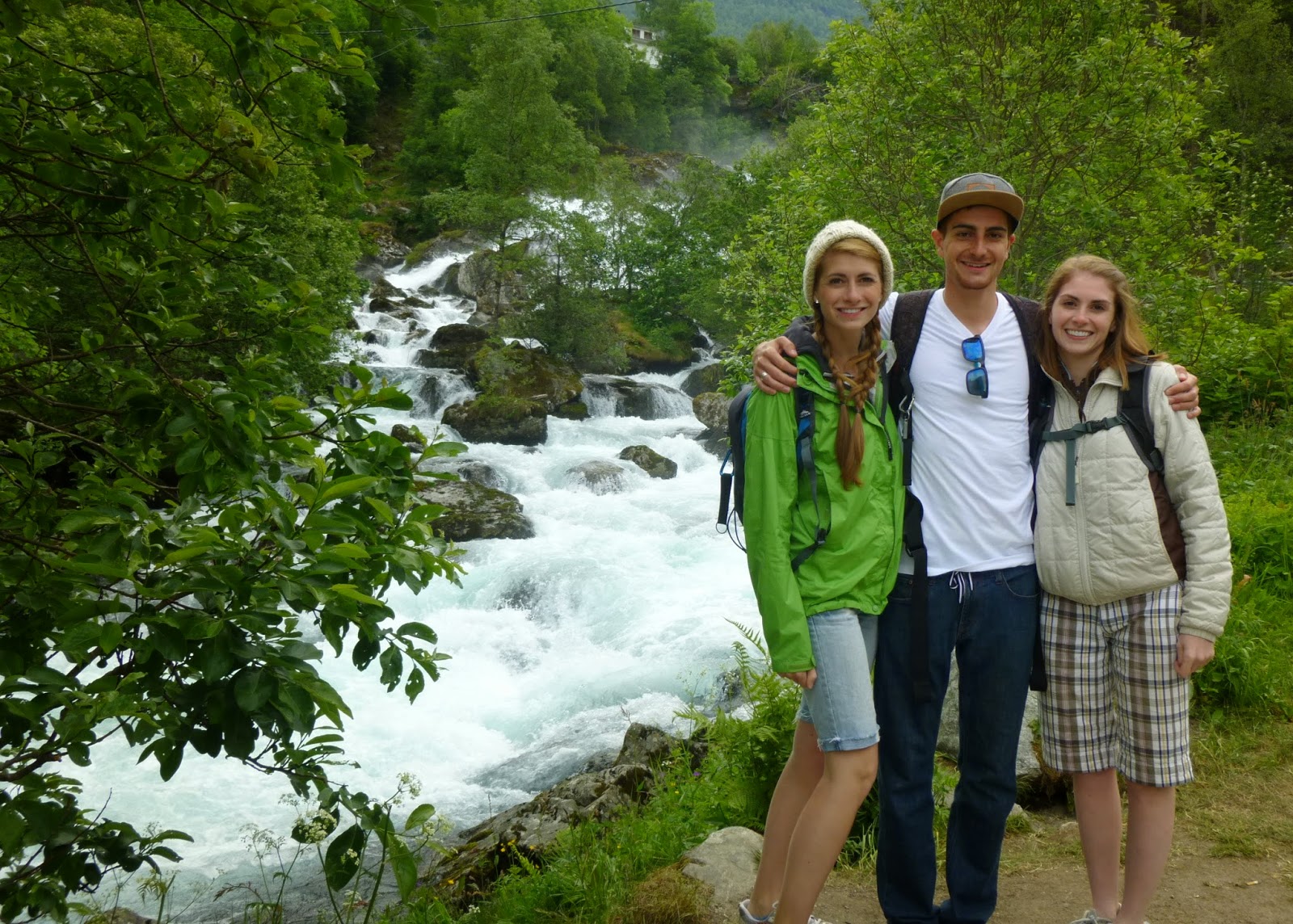 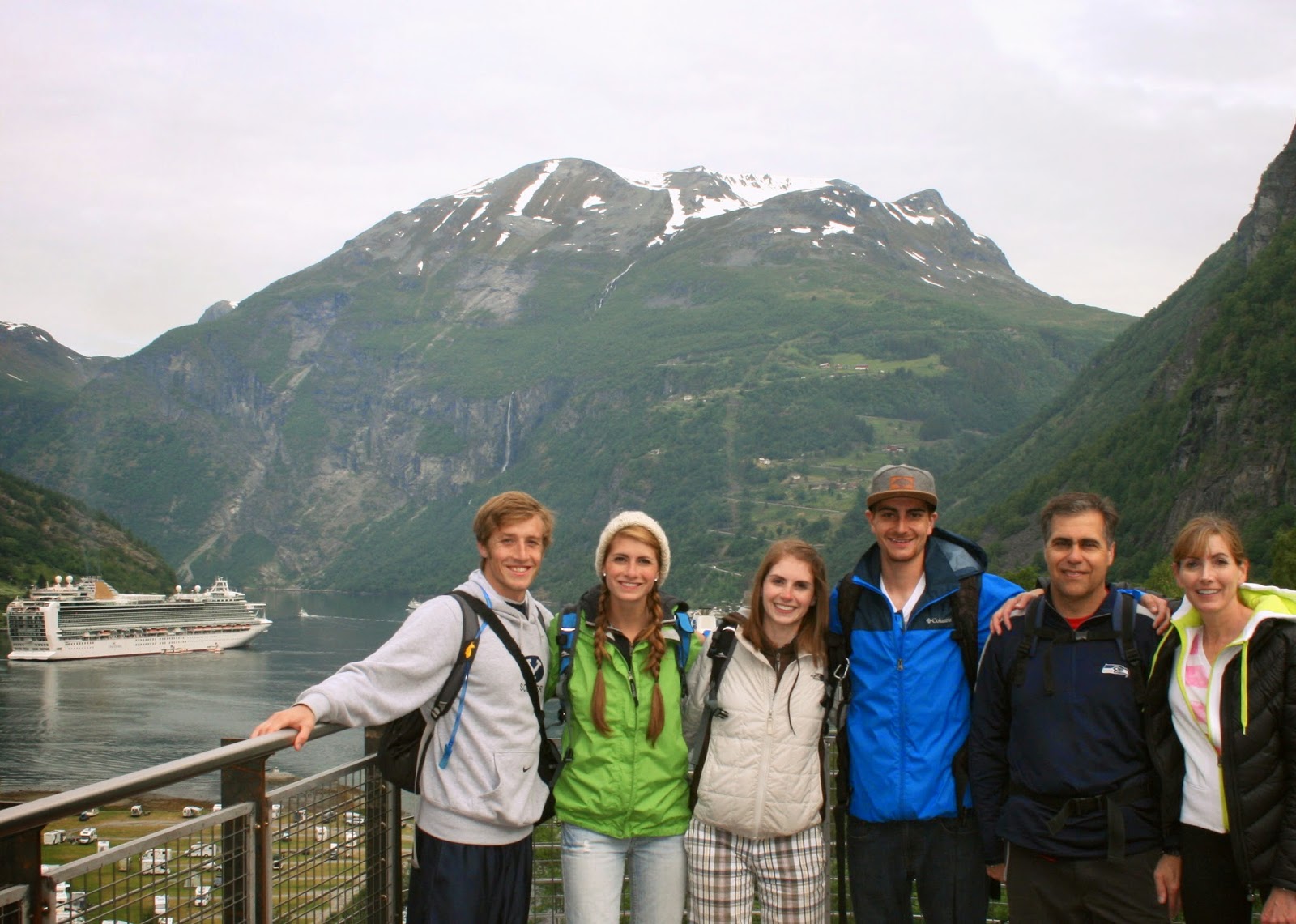 Dave and the waterfall 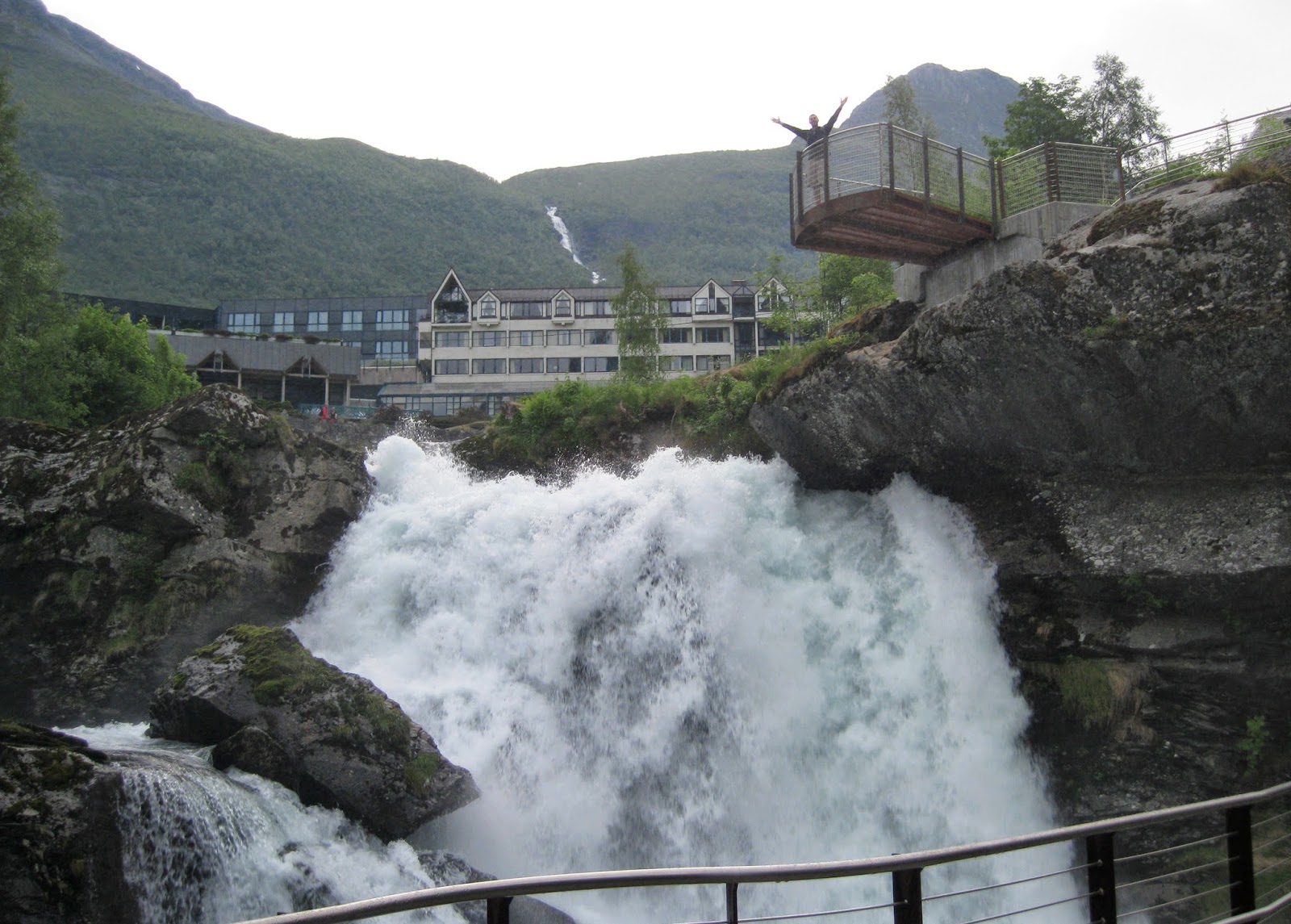 At the top of the waterfall we stopped at the fjord center to plan. I wanted to play the giant game of pick-up sticks that was out on the lawn (the sticks were as big as me!), but was overruled. It was decided that we would hike first to a waterfall, and play pick-up sticks later. Unfortunately people were eager for lunch after the hike, so I never did get to play :( 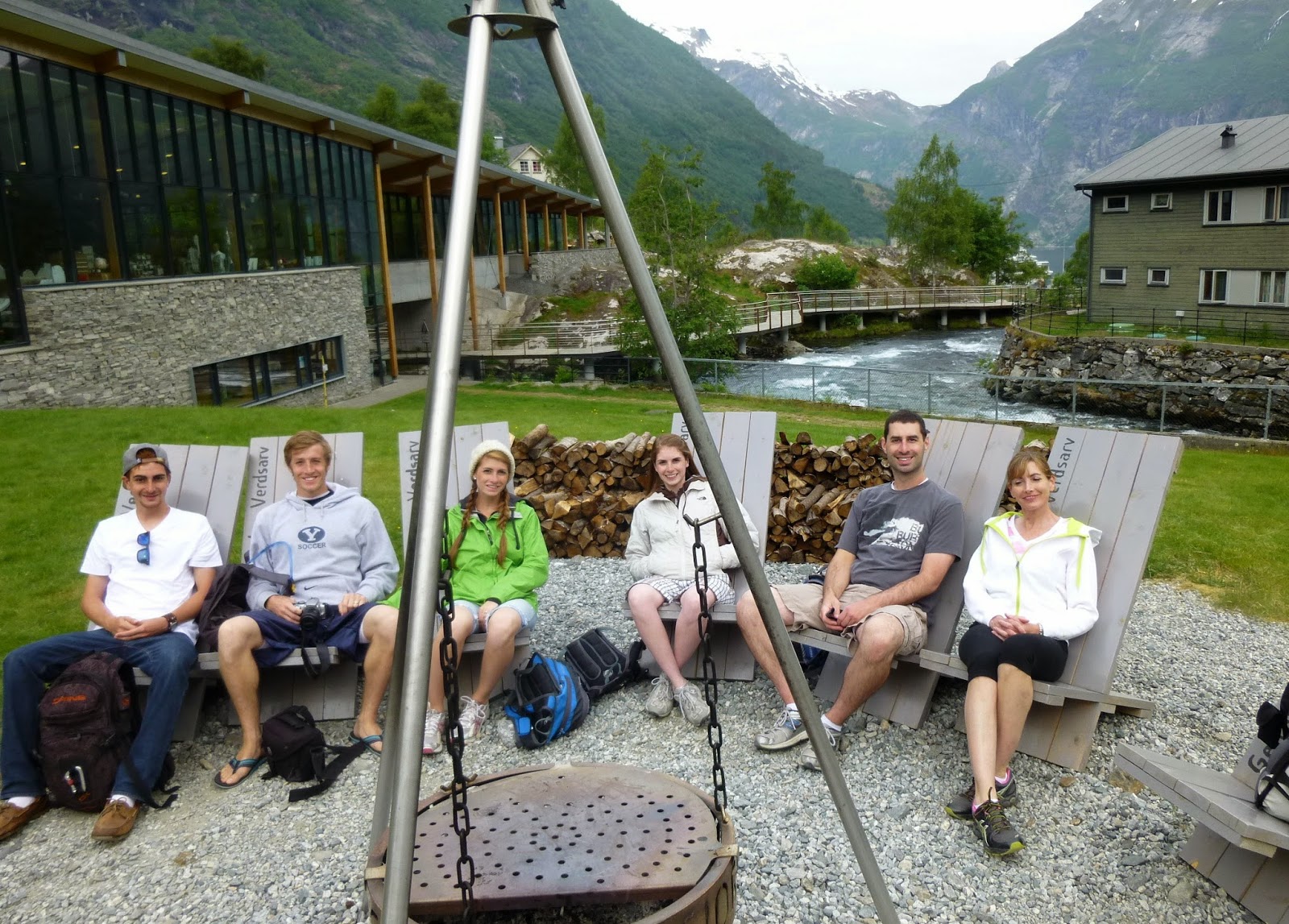 The girls at the beginning of the hike 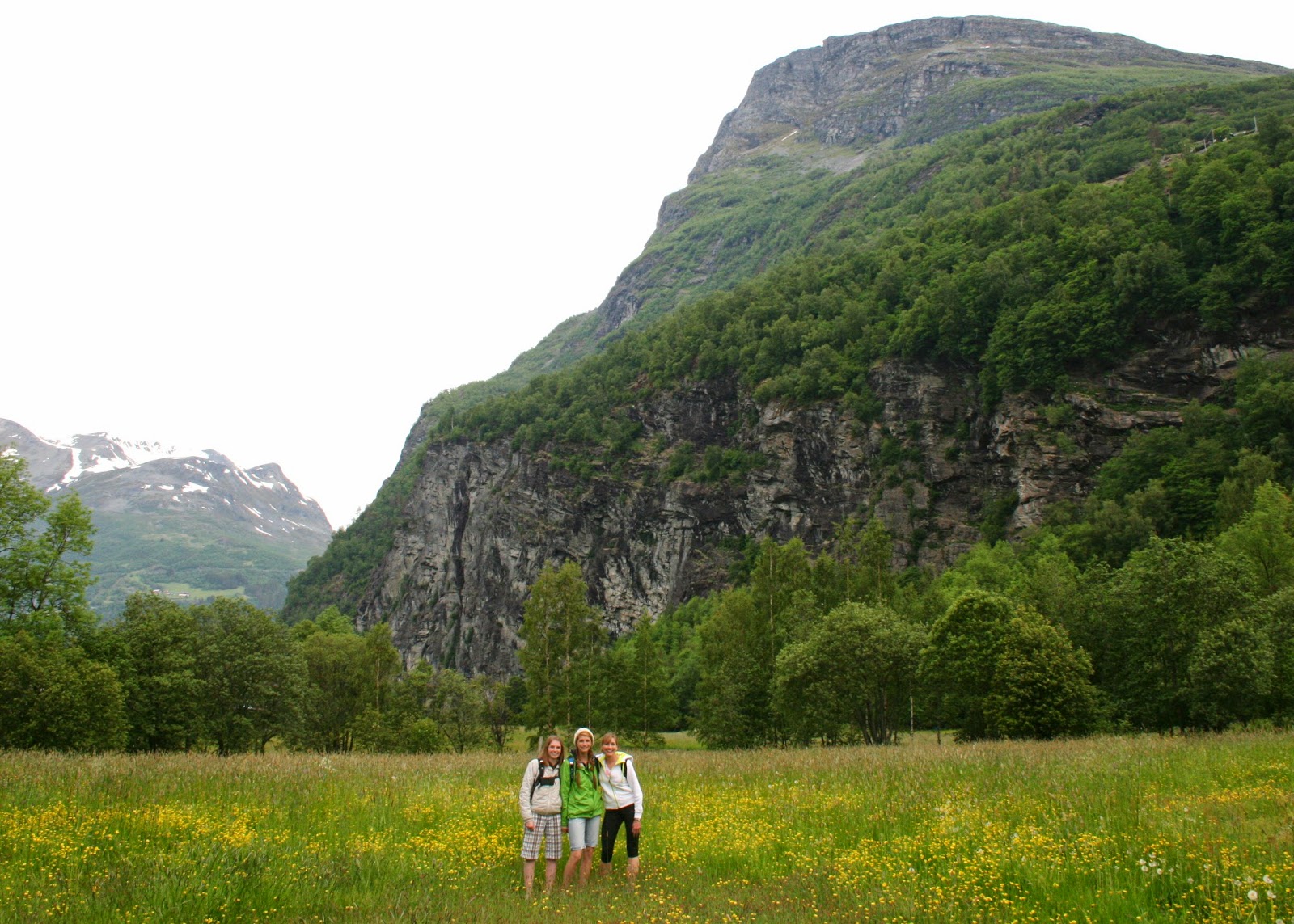 My mom decided that she wanted a walking stick, so Brodie and Dave each found one. Dave is not sure why she chose Brodie's stick over his... 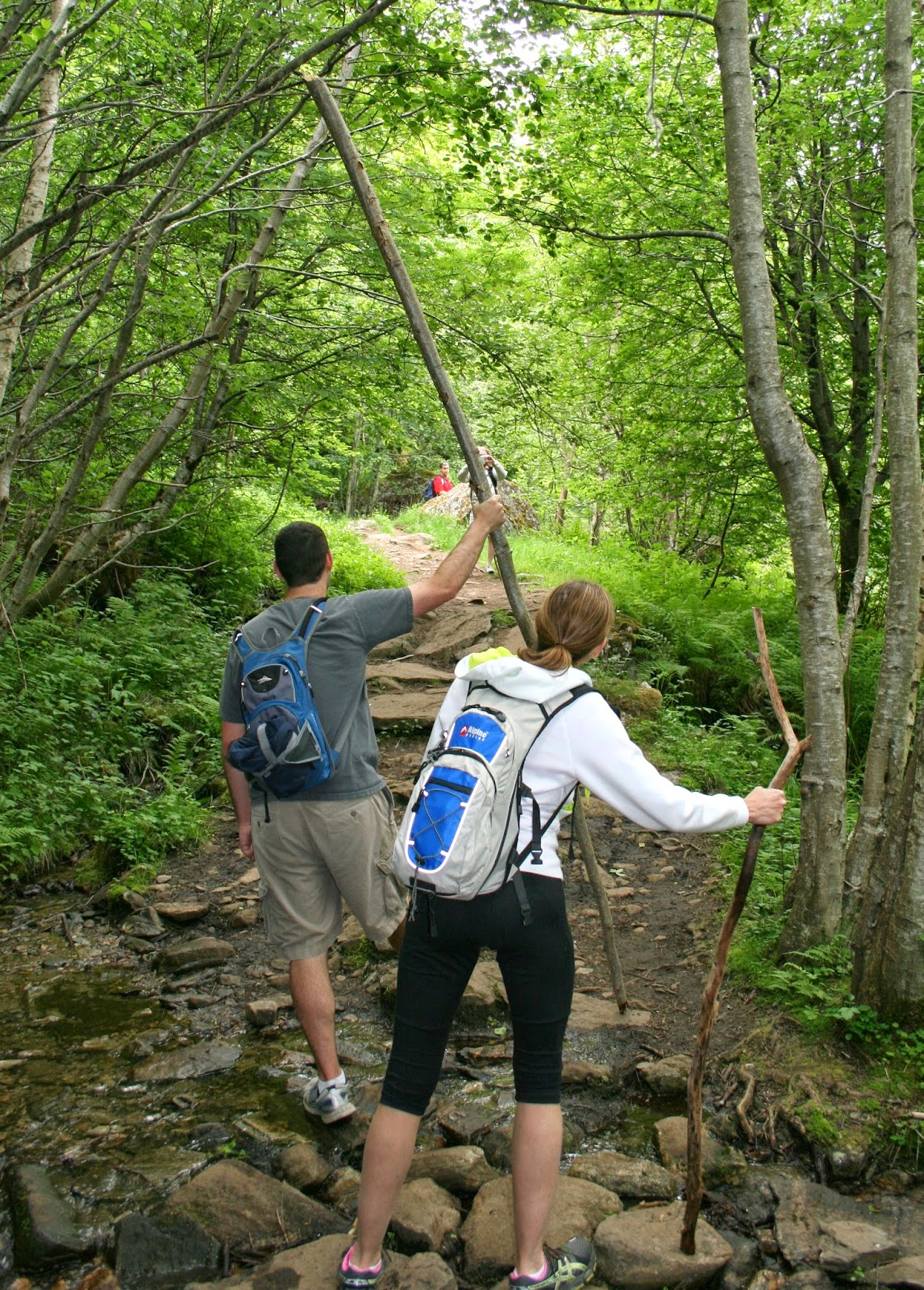 Unfortunately the trail map we were using did not have very clear directions and after going up for a long time, and seeing the waterfall get farther and farther away, we knew we had done something wrong. Just as the troops were starting to grumble and talk of mutiny began, we ran into a farm! There were sheep, llamas, and goats everywhere. These furry friends were the perfect moral boost. 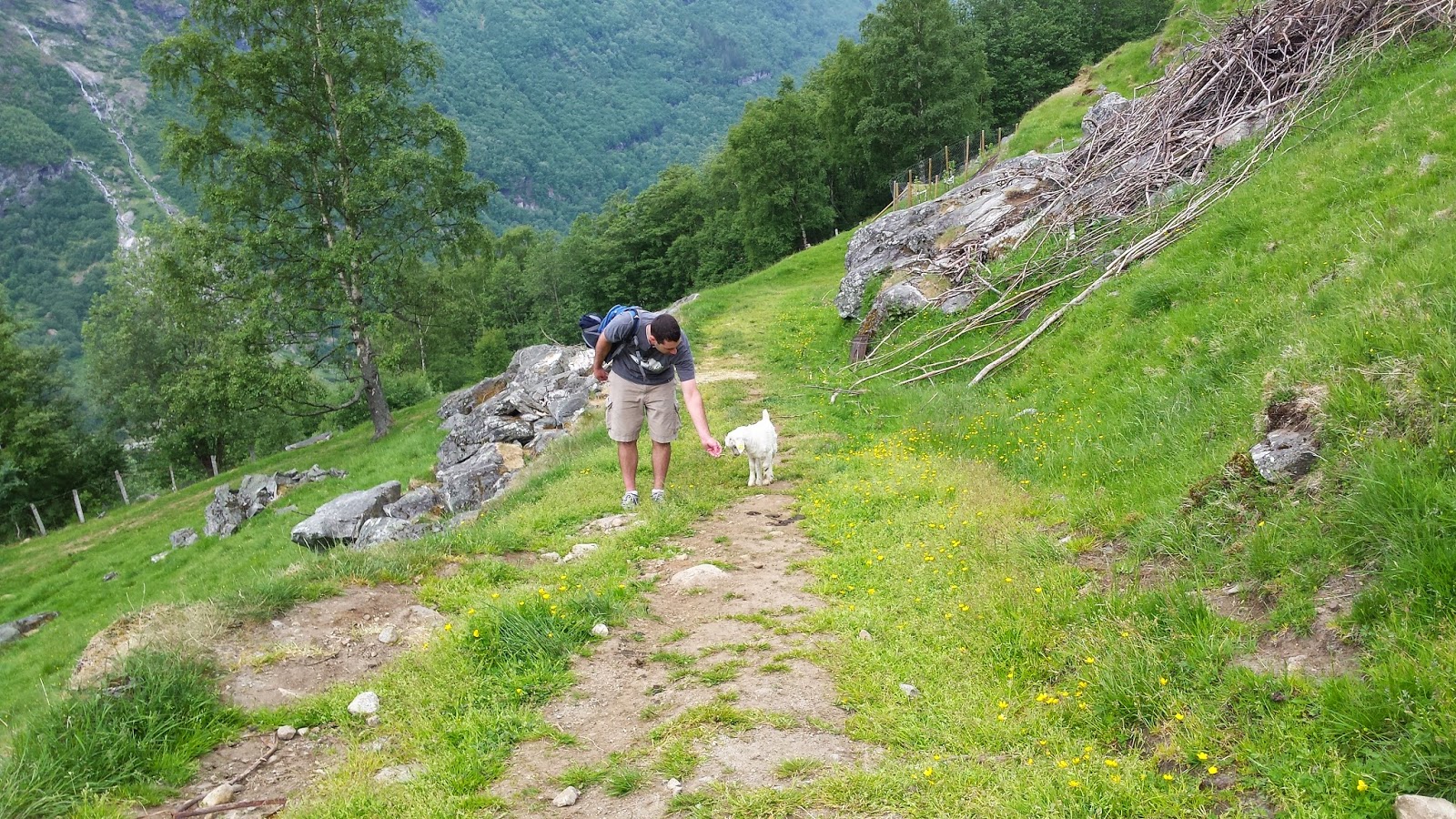 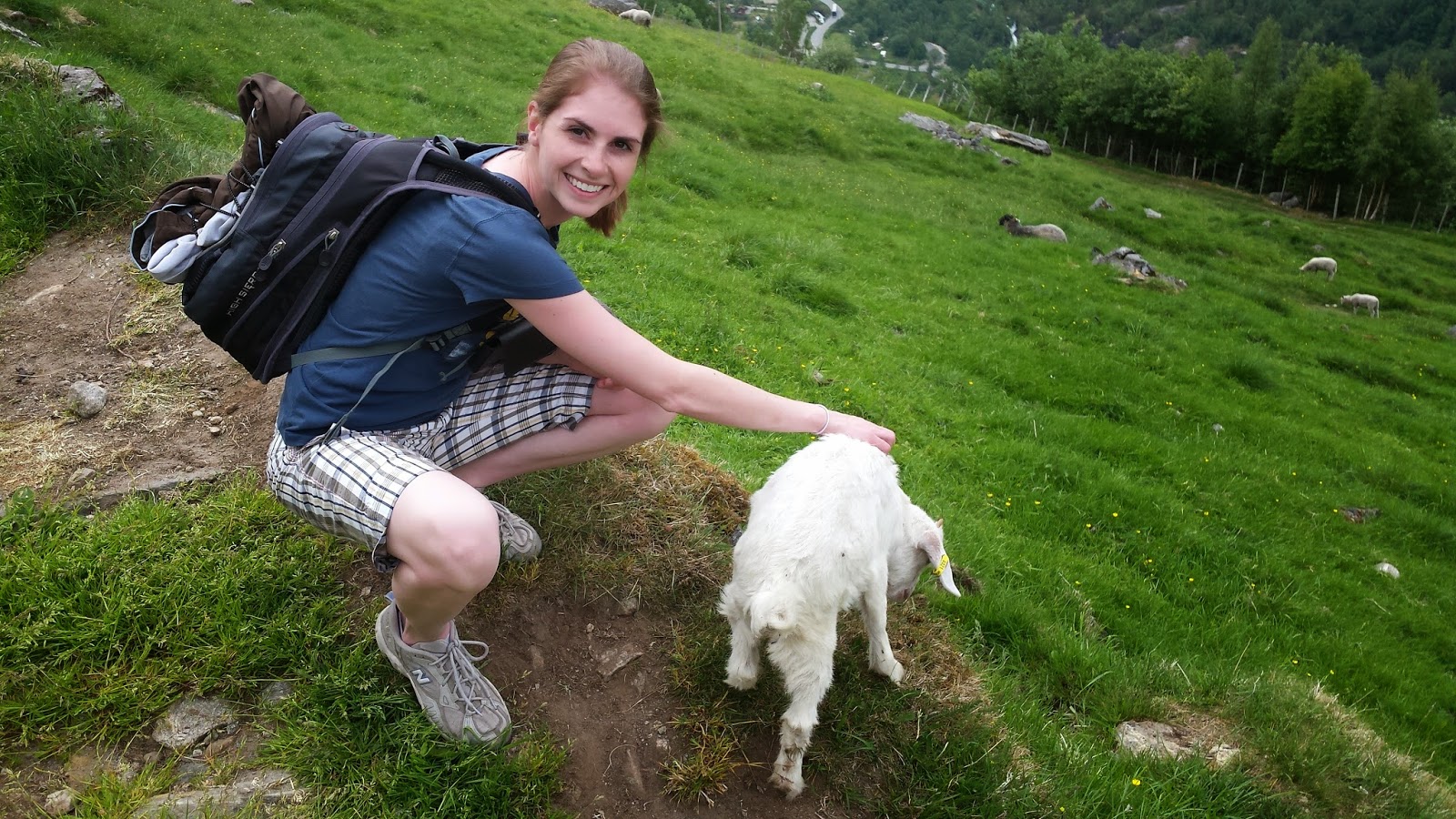 I don't think these goats know how good they have it - what a view! 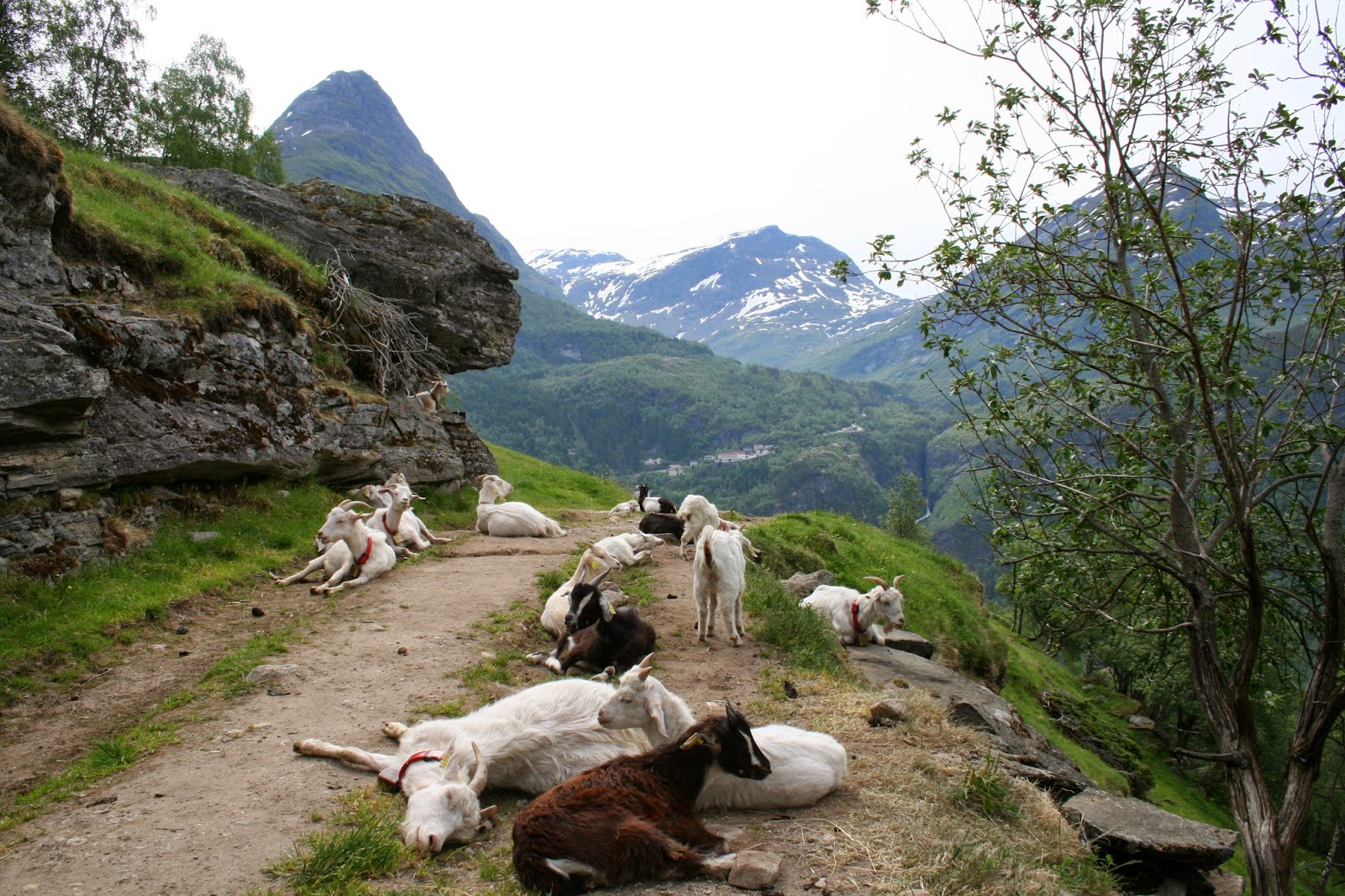 The trail through the farm eventually led us to the Vesterasfjellet lookout. From here we had great view of the town down below, the cruise ships, and the fjord. We never did make it to a waterfall, but no one had any complaints about where we ended up. 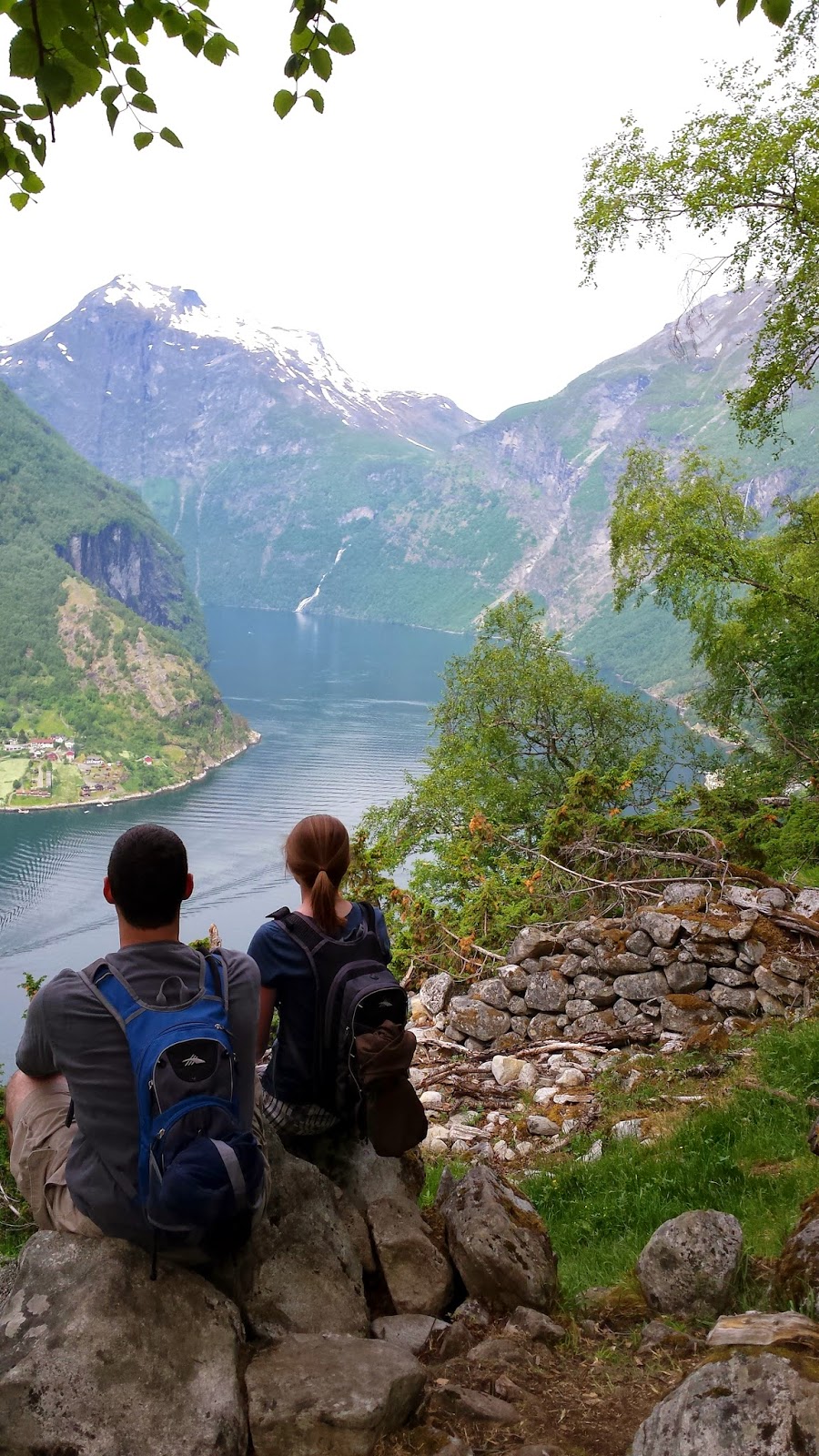 Our boat is the one connected to the retractable dock 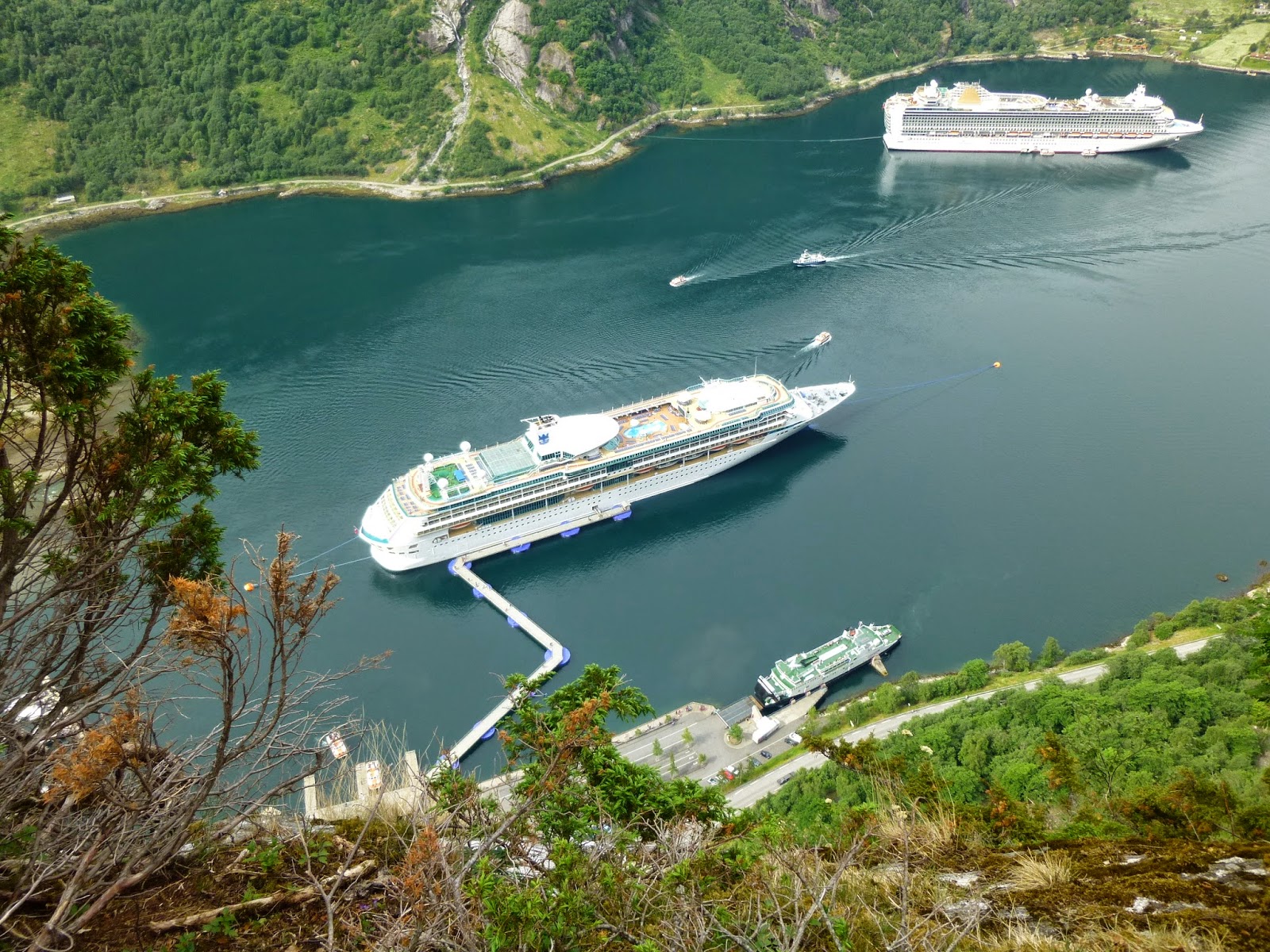 After leaving the lookout, my dad and Brodie doubled back to try and find the waterfall trail (which they did), and the rest of us went back down to the ship. Not long after we got back, the clouds rolled in and it started drizzling. The rain didn't deter us from doing some shopping in the town and we ended up leaving with some fun souvenirs and some great memories! 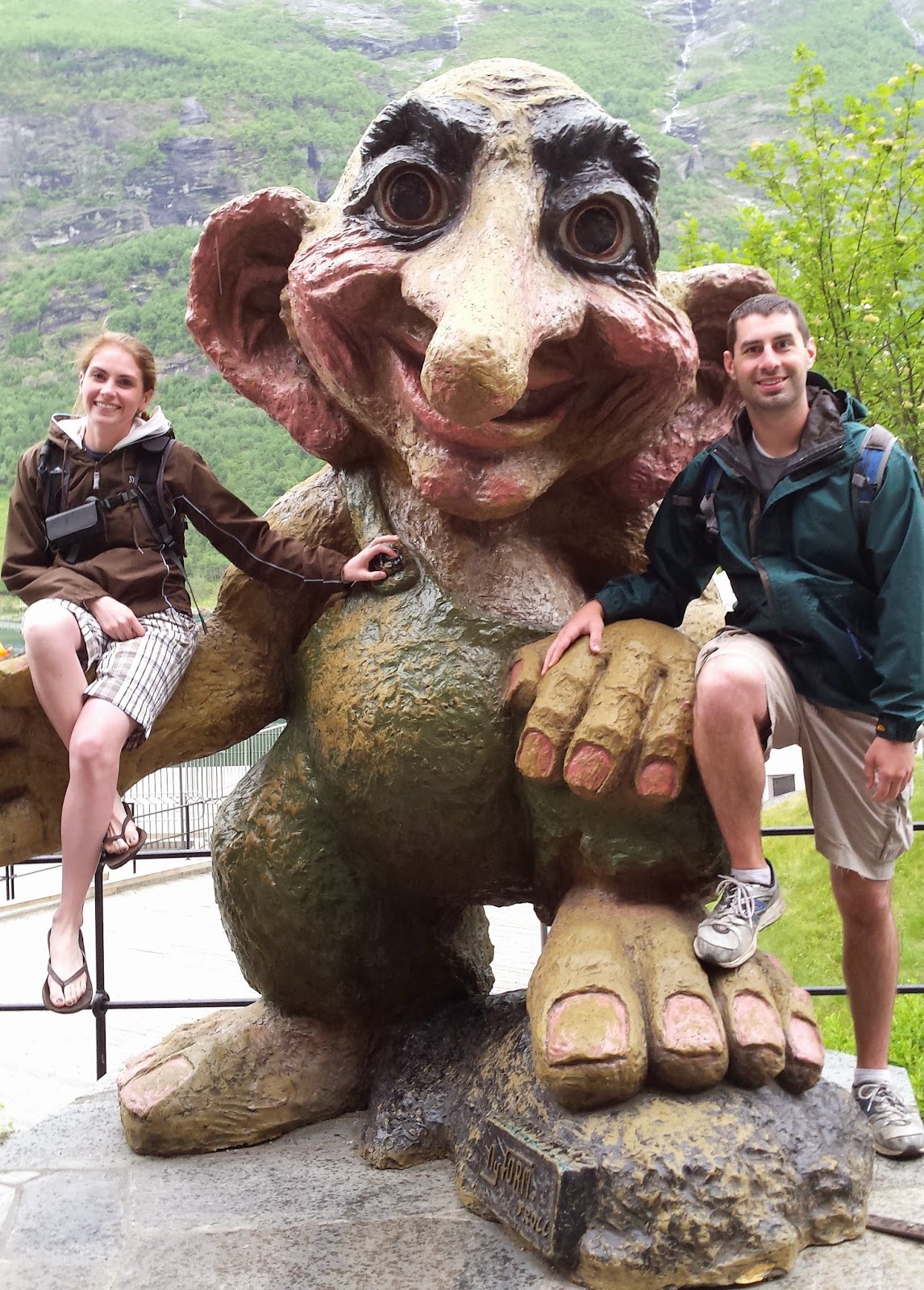 Today's "Back in Texas" photo was Sophie eating lunch with her cousin Liam. Look at how much they have both grown since their banana breakfast during our Christmas trip 5 months ago! 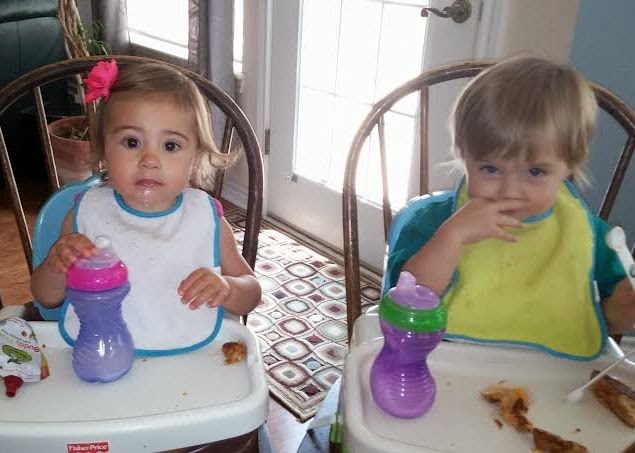