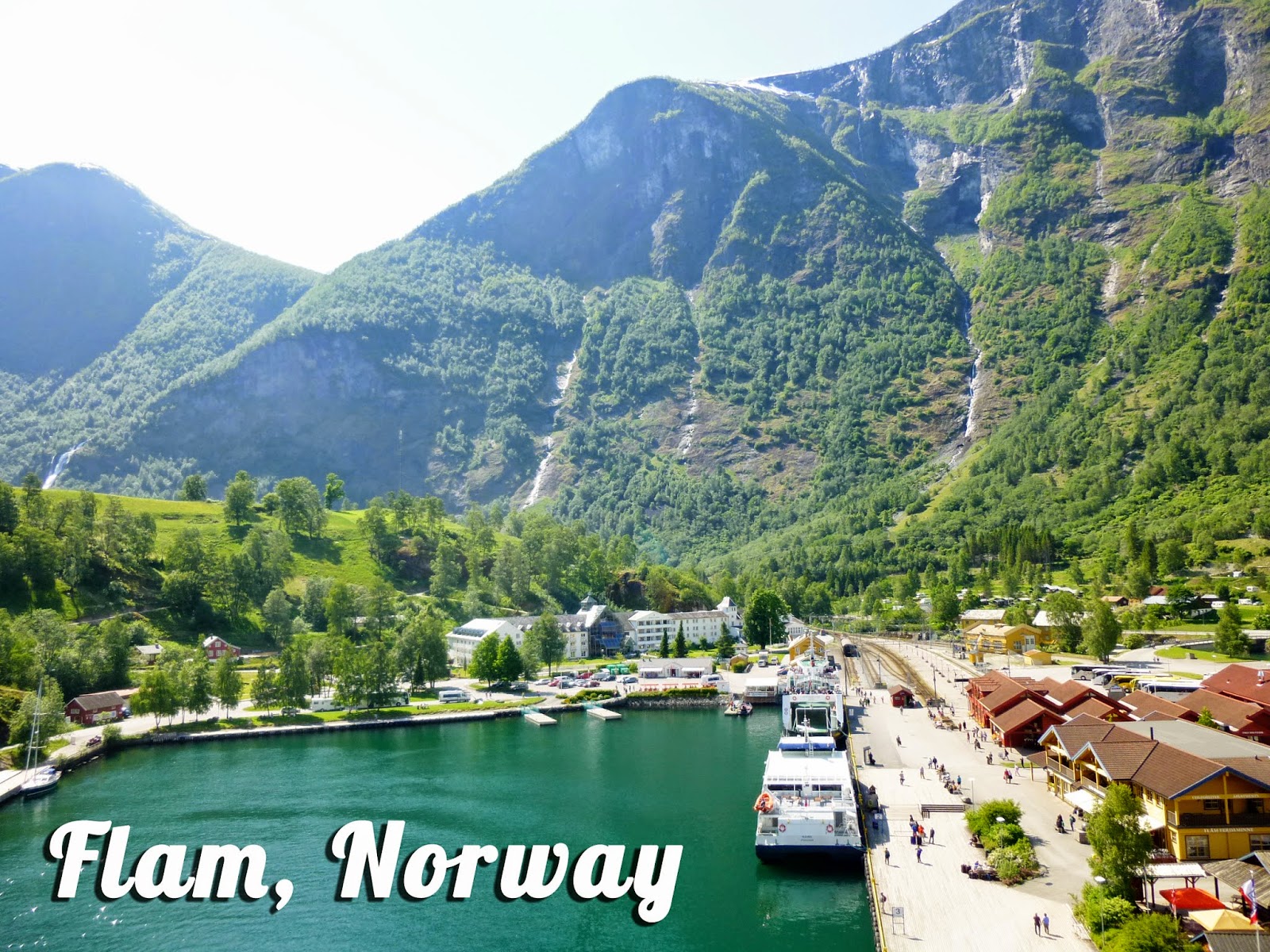 After a day at sea, we made our first stop in Flam, a gorgeous little town at the very end of one of Norway's larger fjords. We quickly realized why one of our guidebooks said we would start to think "oh, another waterfall" - they are every where you look! I'm not exaggerating when I say we saw hundreds on this trip. We also got incredibly lucky with the weather. In early June Norway is normally cool and often rainy, but we had sunny skies.

After getting off the ship, we boarded the Flam Railway for a trip up into the mountains. It was probably one of the most beautiful train rides I will ever take. We saw tons of waterfalls (surprise!), rode through lots tunnels, and enjoyed the cute little houses in the valley. 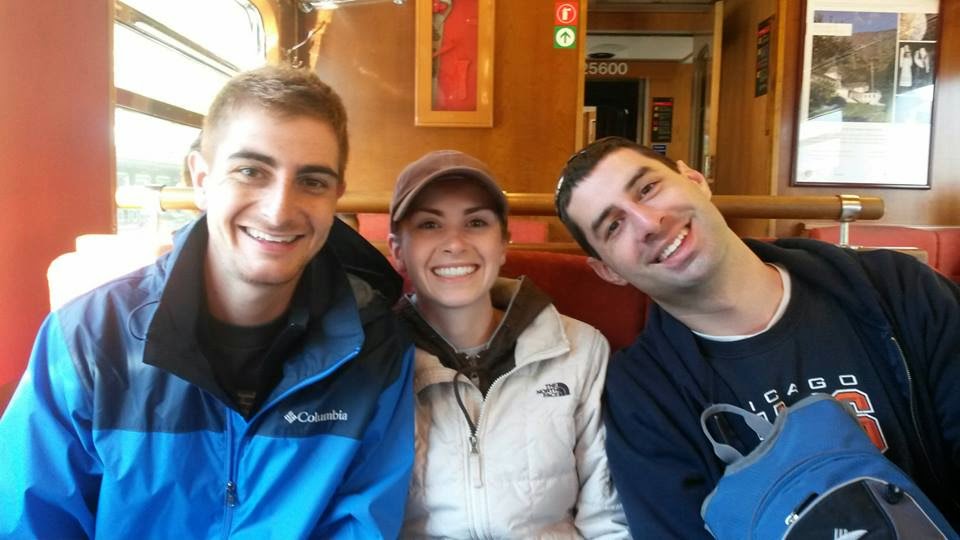 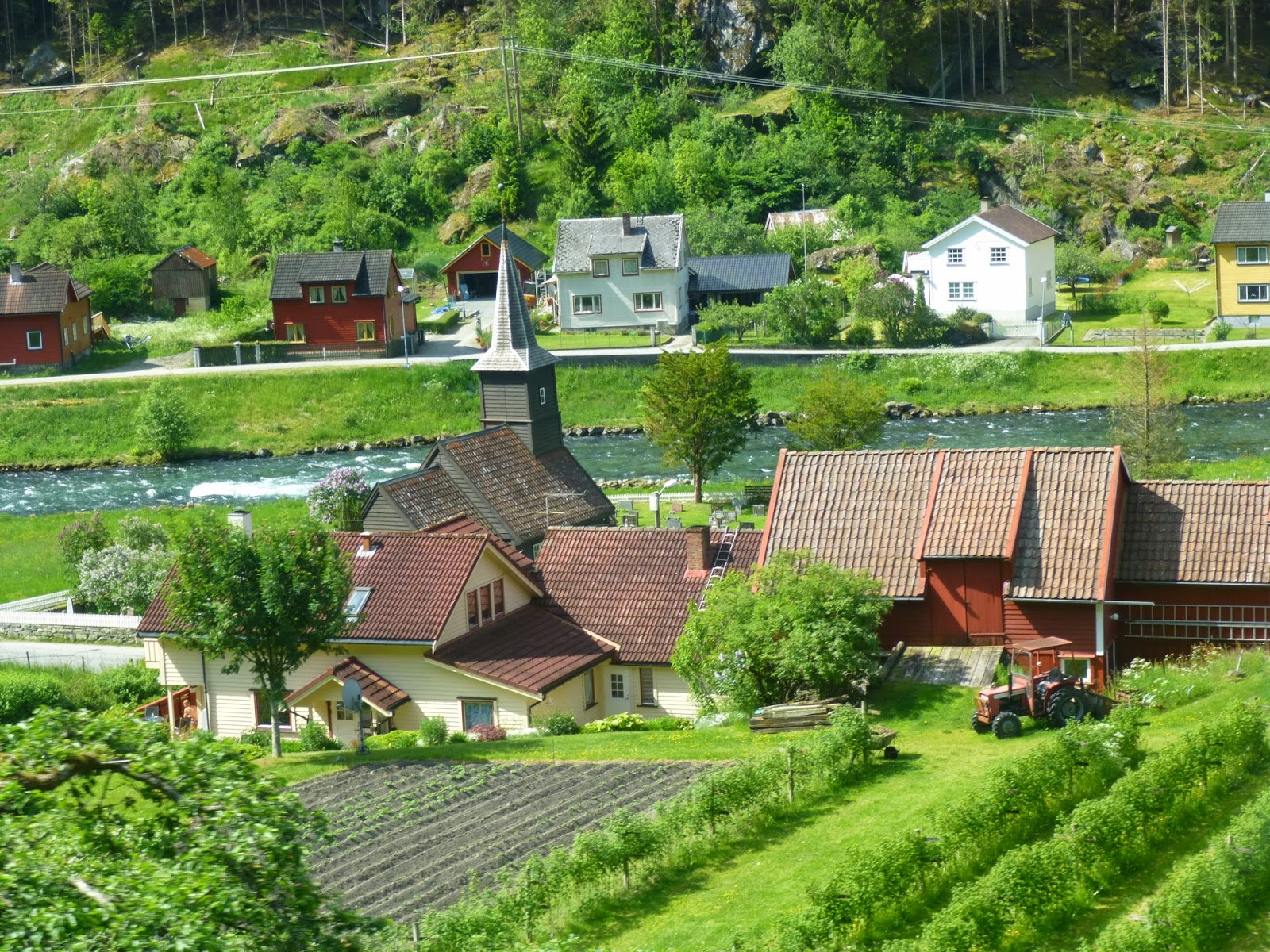 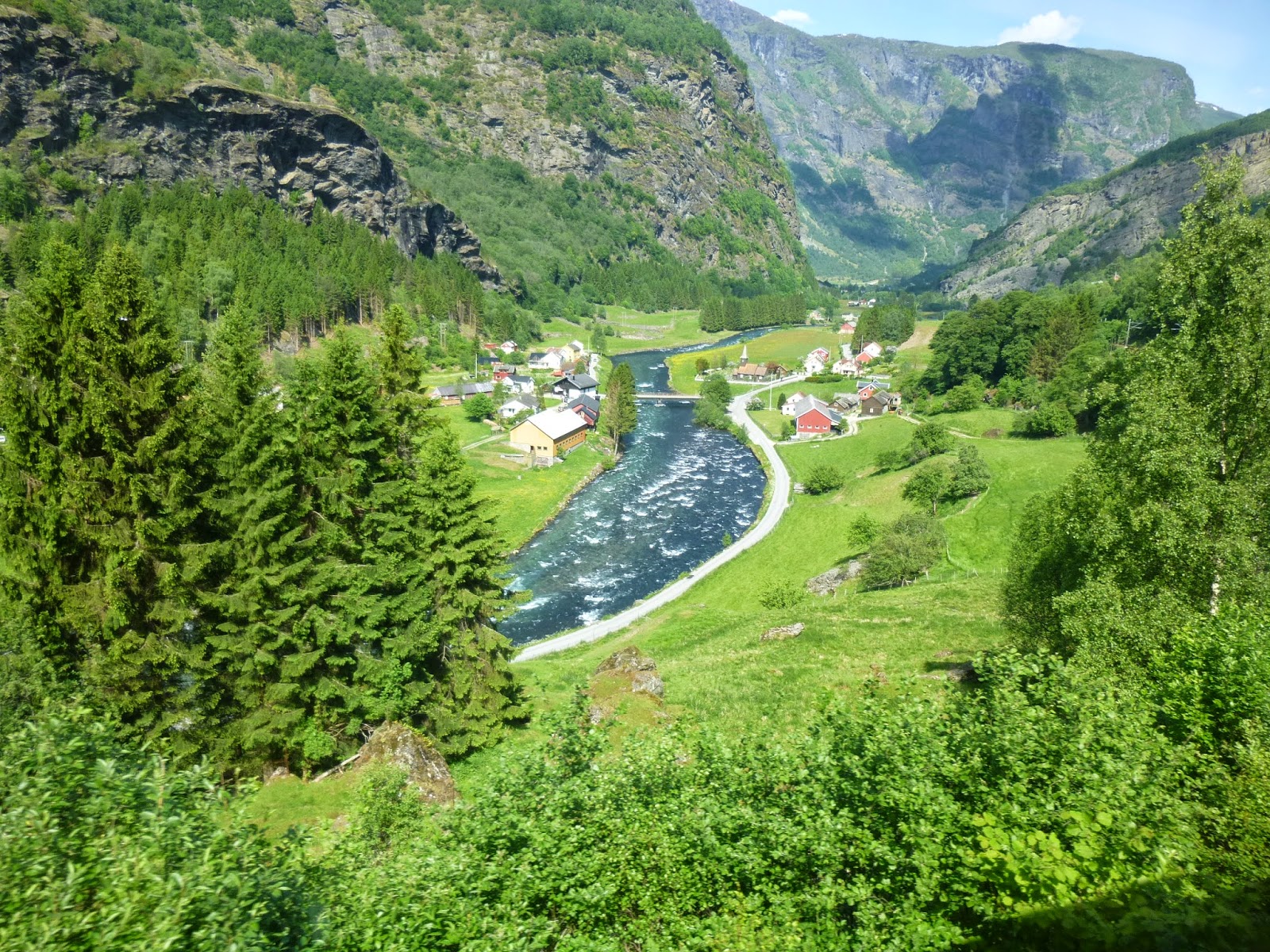 Rjoandefossen - we passed this waterfall on the train. It has a freefall of 480 feet. 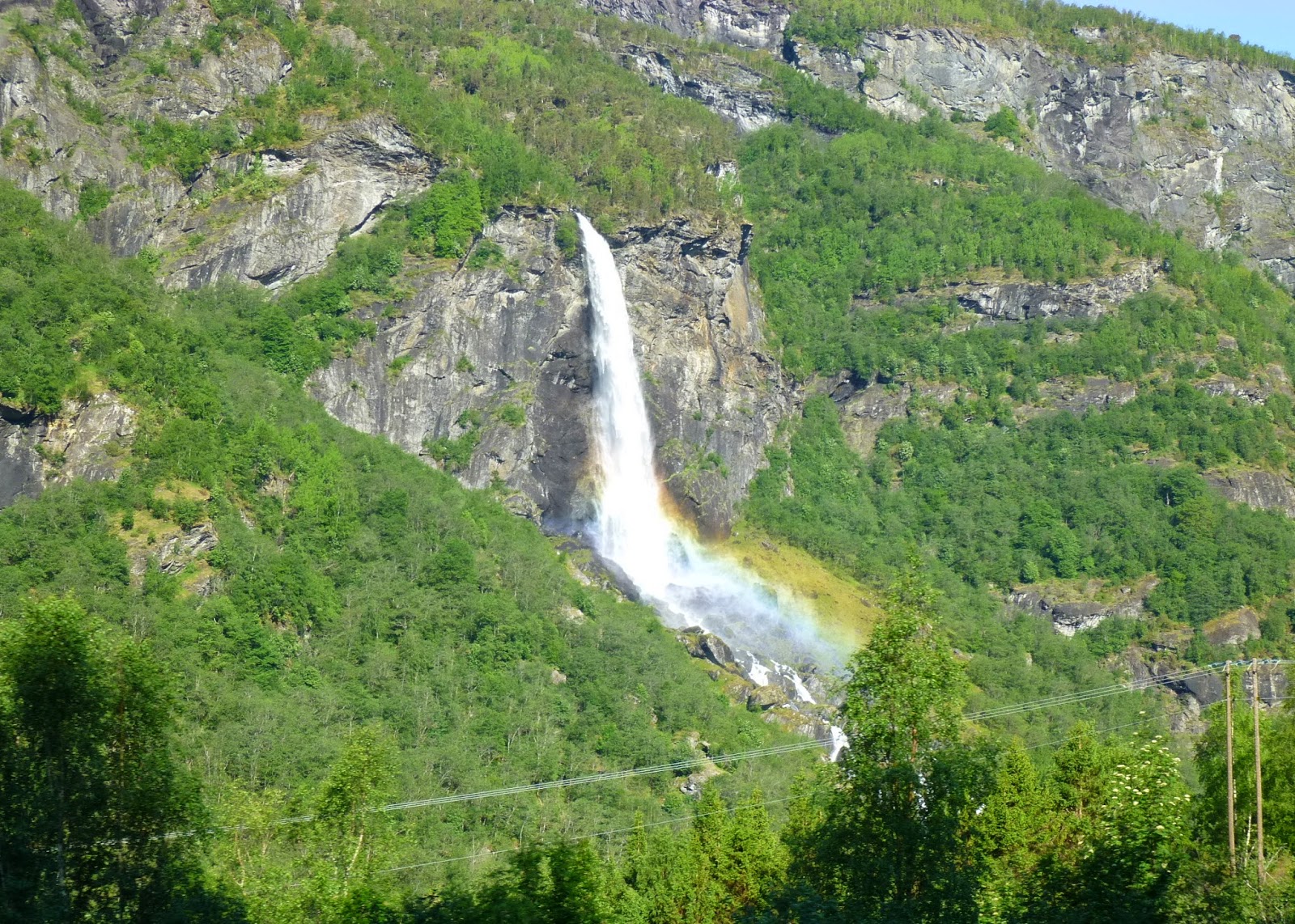 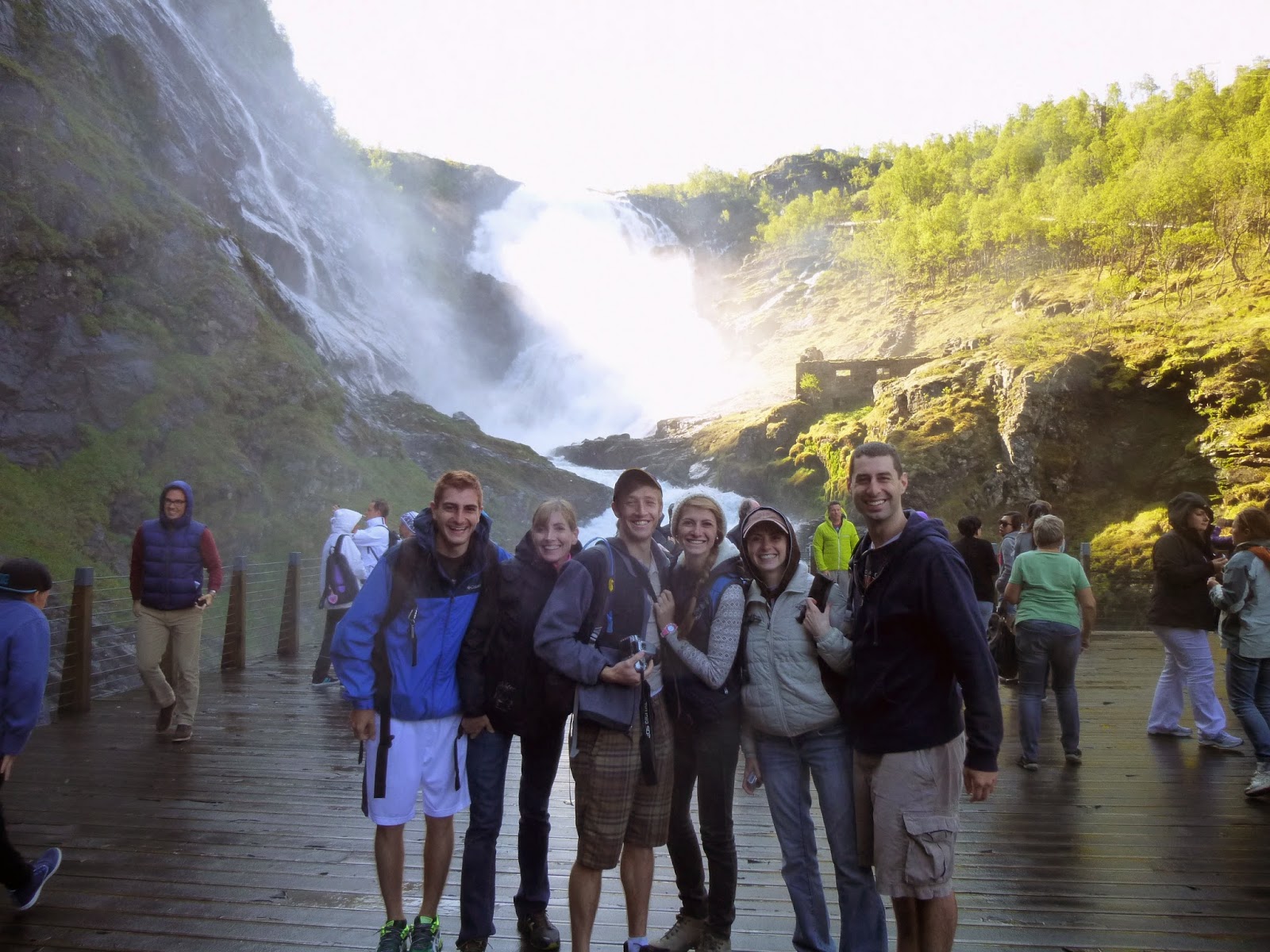 The railway ends at the Myrdal Station at the top of a mountain pass. It's a tiny place with just a cafe and a few houses. From here you can either go back down to Flam, or catch another train to one of Norway's larger cities. Rather than ride the train back down, however, we got off at Myrdal and went on a hike that would take us along the river, and then meet back up with a lower station. 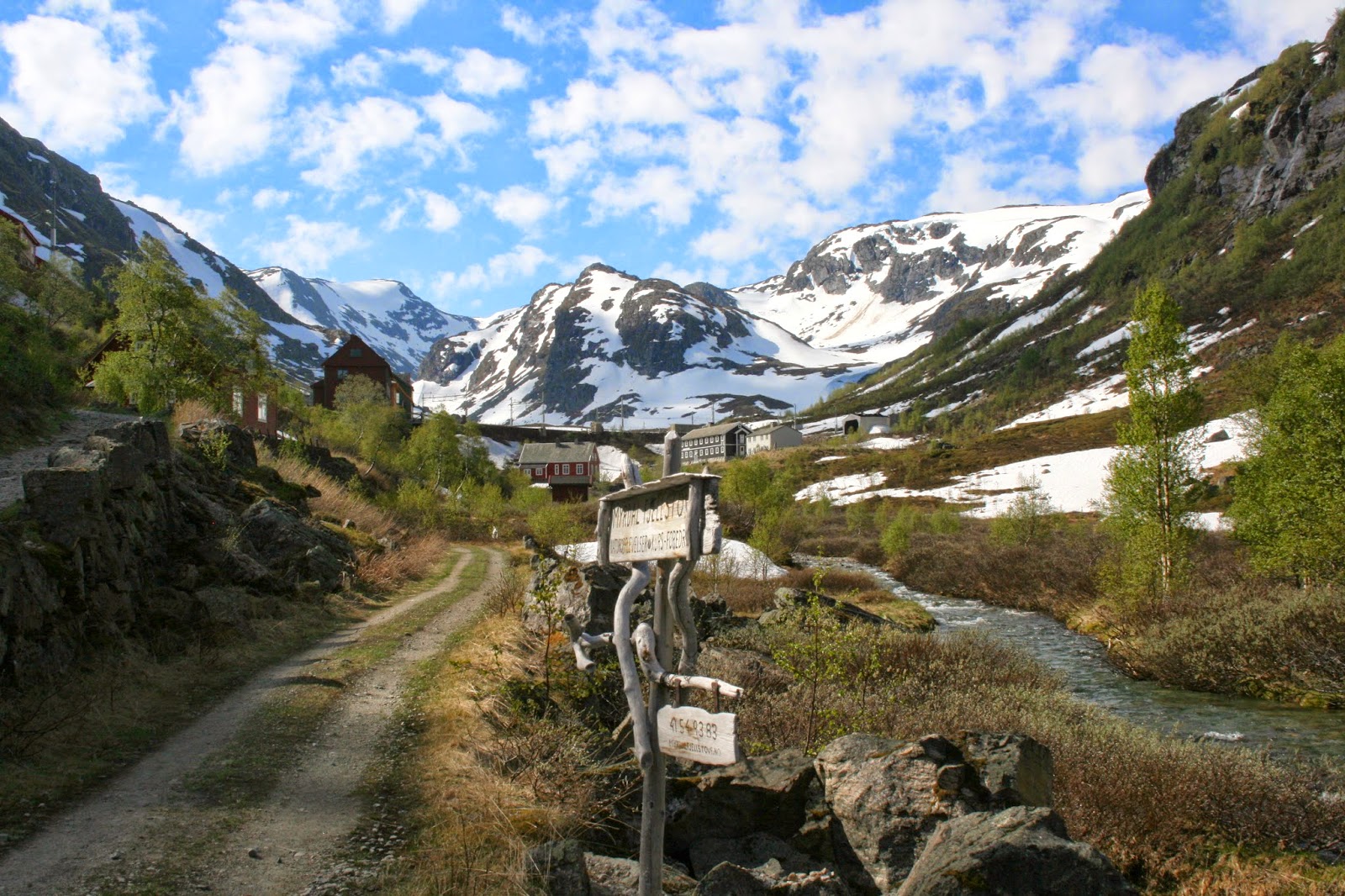 There was still snow near the top, but only in the shadows, and the trail we were on was clear 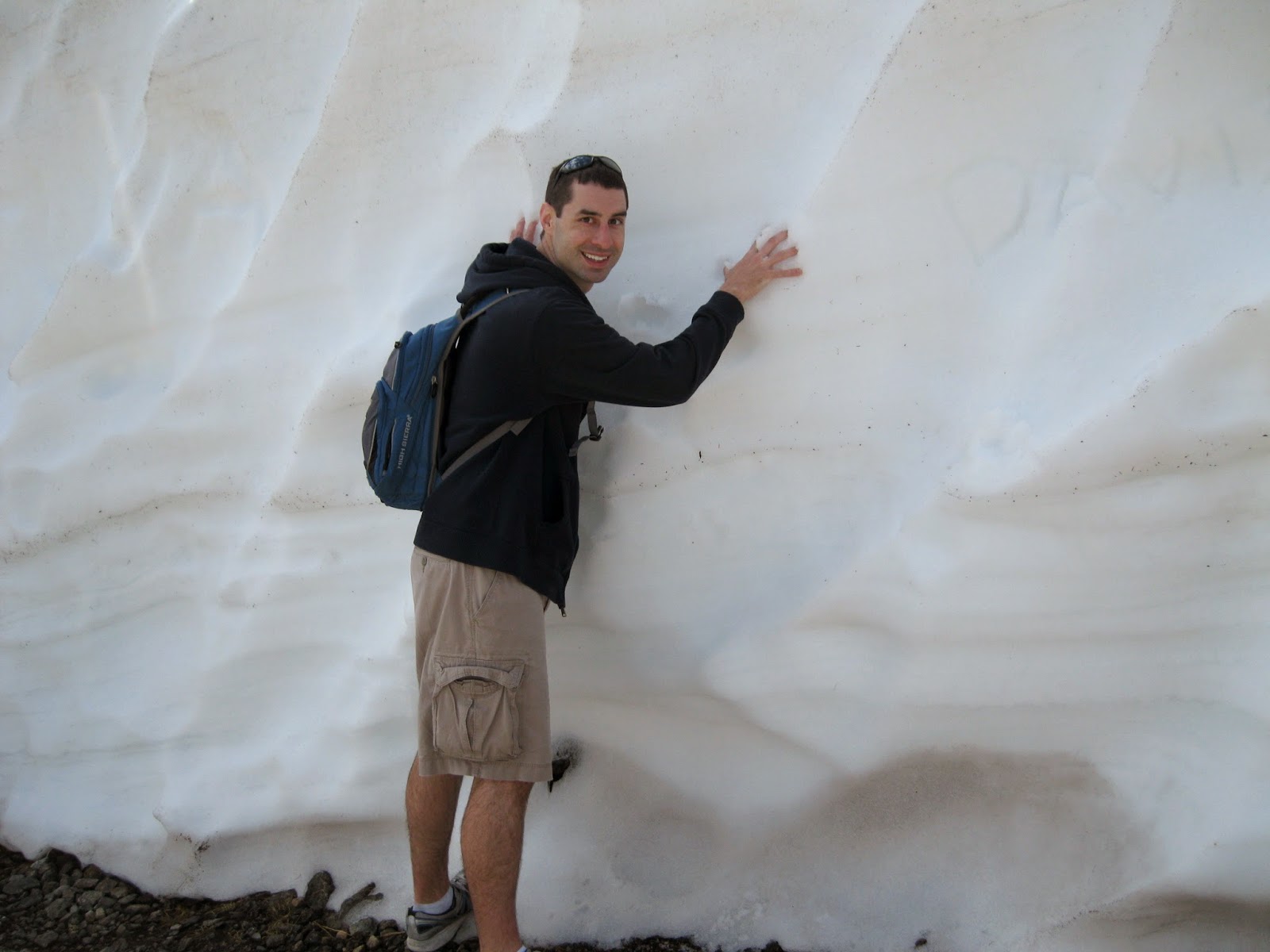 Family picture where the river split into two falls 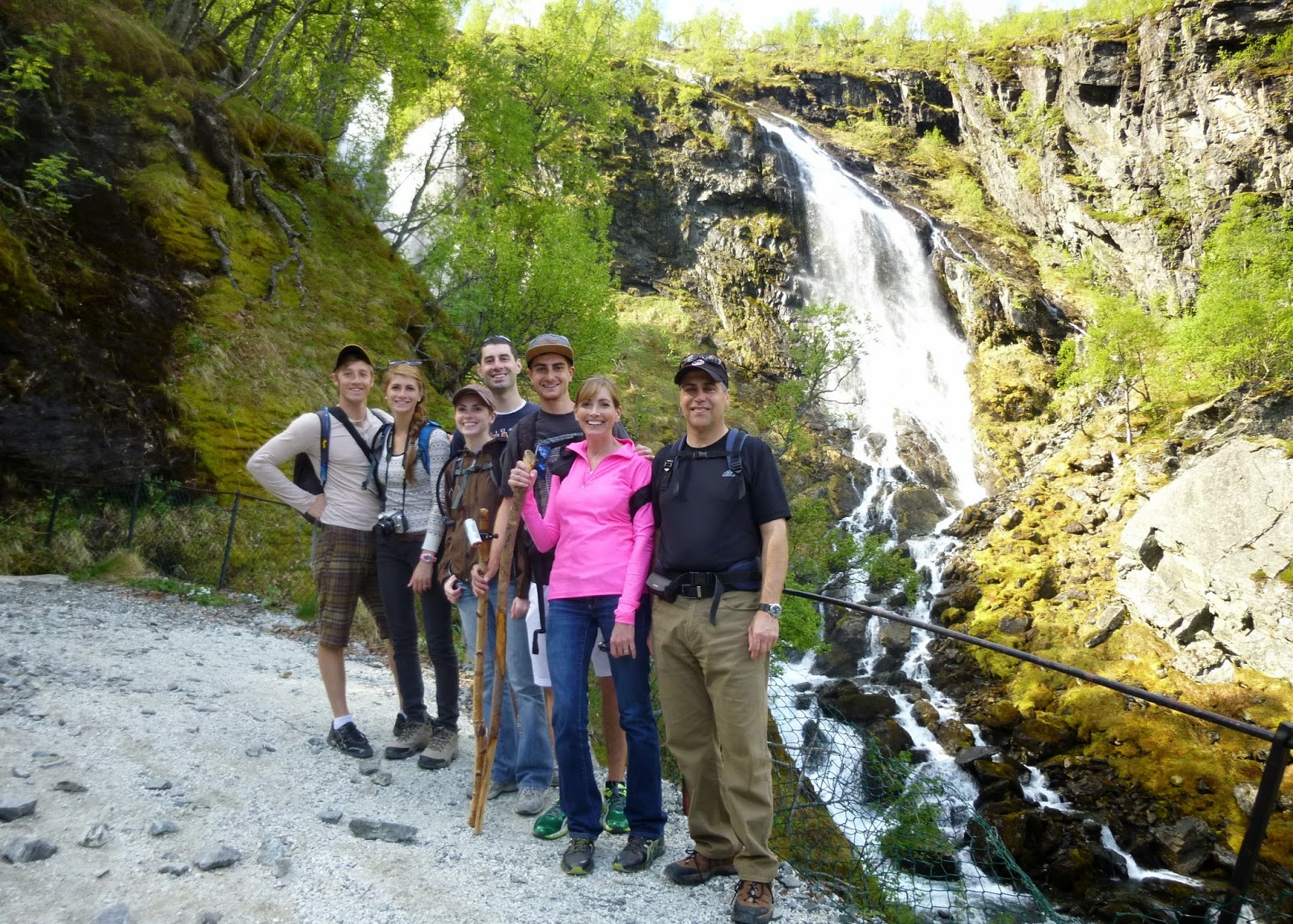 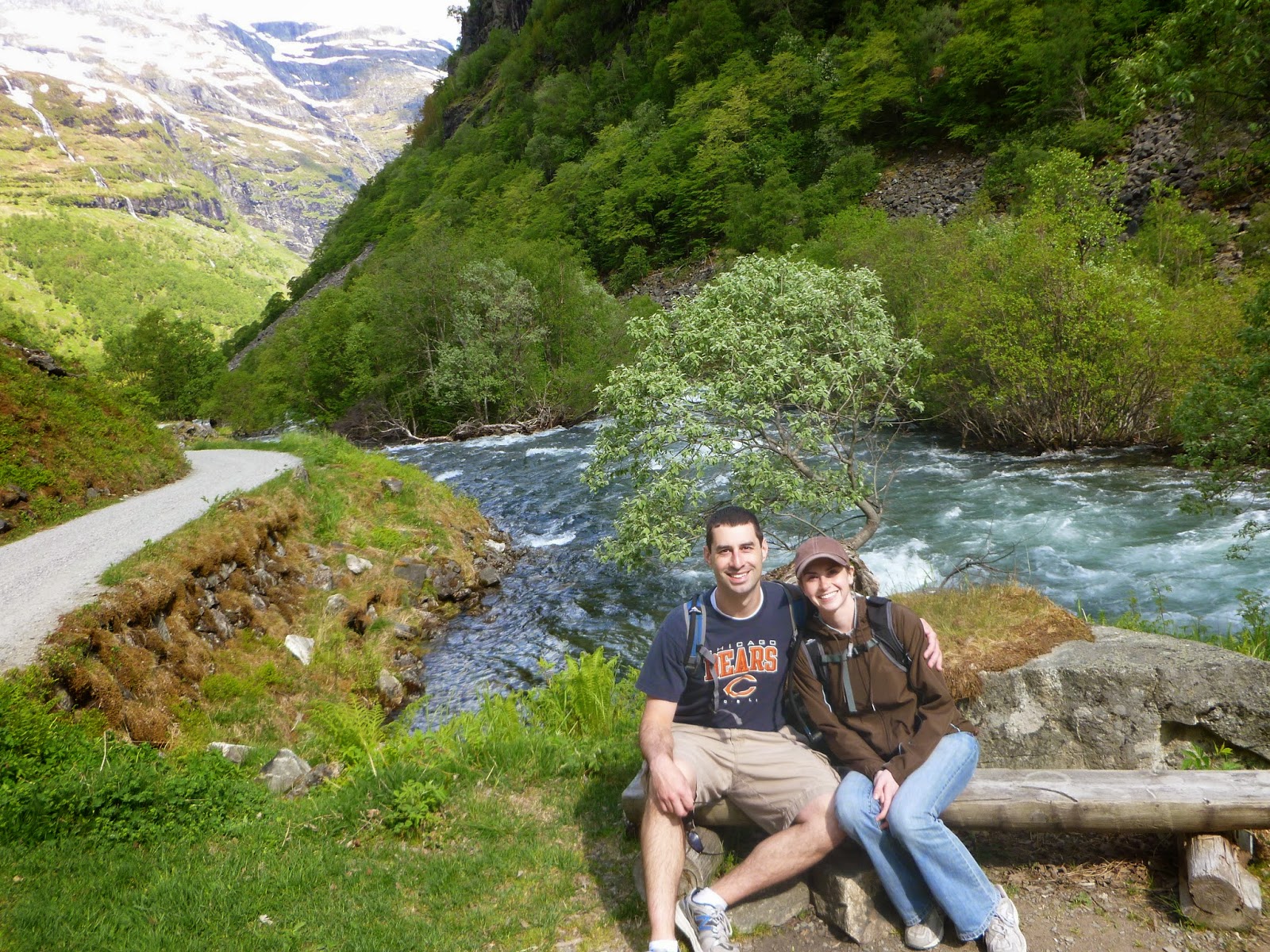 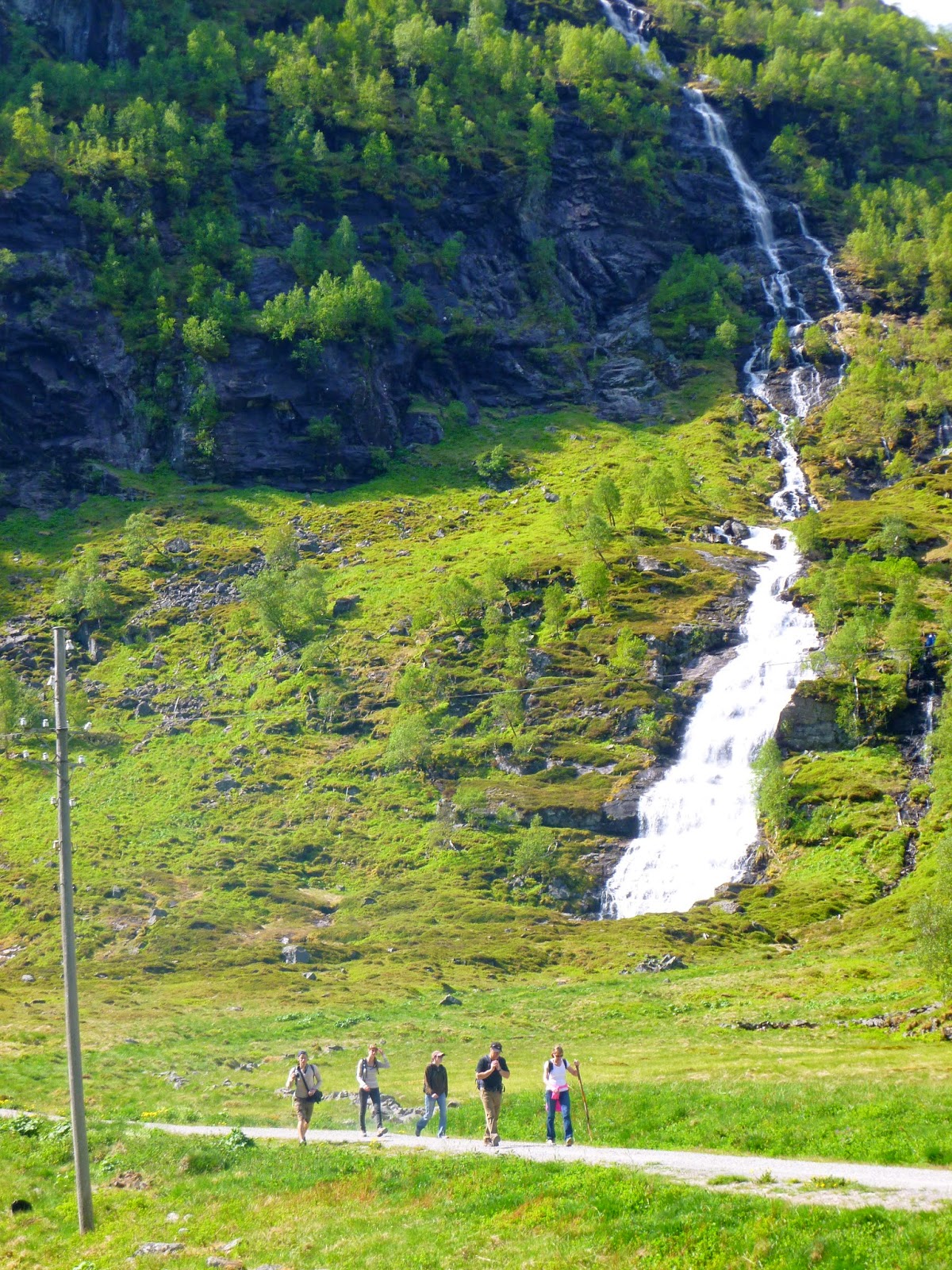 We got to the station just a couple minutes before the train arrived to take us the rest of the way down to Flam - perfect timing! 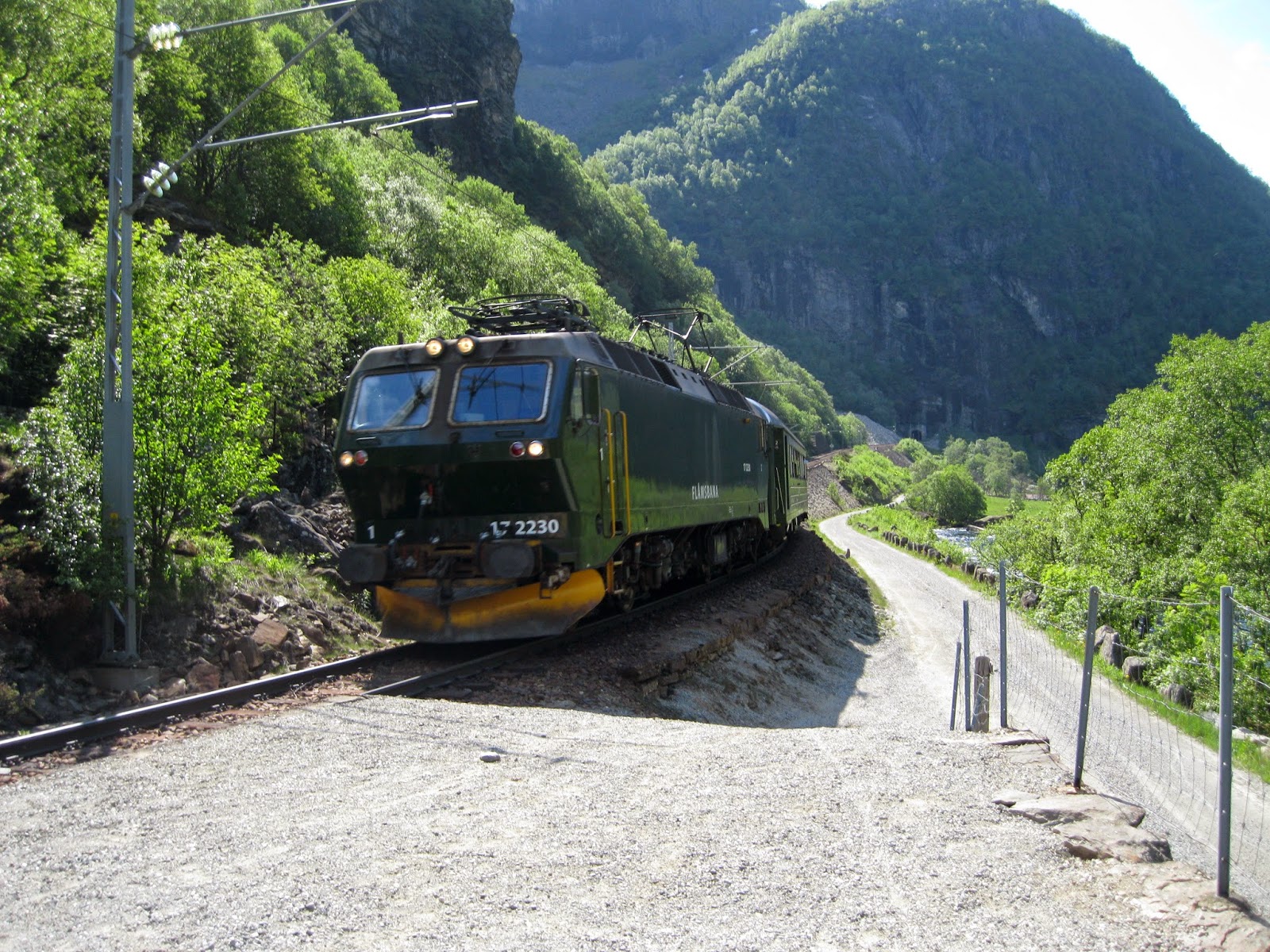 After returning to the port, we got back on the ship to eat lunch, and then off again to walk around the town. We visited the railway museum and I bought Sophie the cutest pair of Norwegian slippers in the gift shop, that now I can't find :( I'm still hoping they will turn up somewhere, but it's killing me to not know what happened to them.


View from the boardwalk that we strolled along after lunch 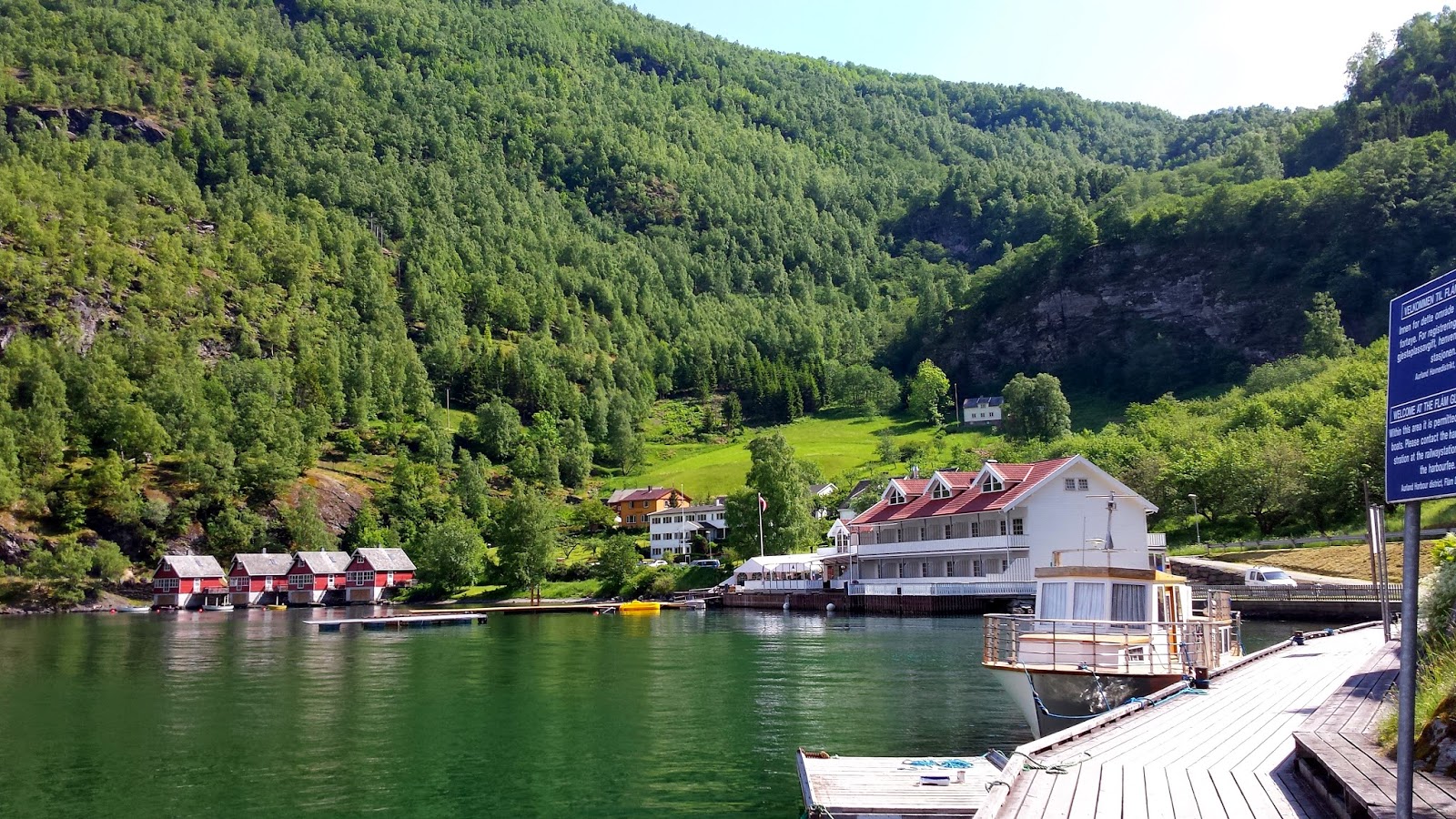 And don't forget Sophie! We were lucky enough to find free internet in each port so I could check email and see some pictures of my baby girl back in Texas. Thank you to my Howe relatives for loving her while I was gone and sending me these pictures of her! And thank you to the Nordled fjord ferry for not securing your wifi! Playing in grandma's yard with cousins on Sunday 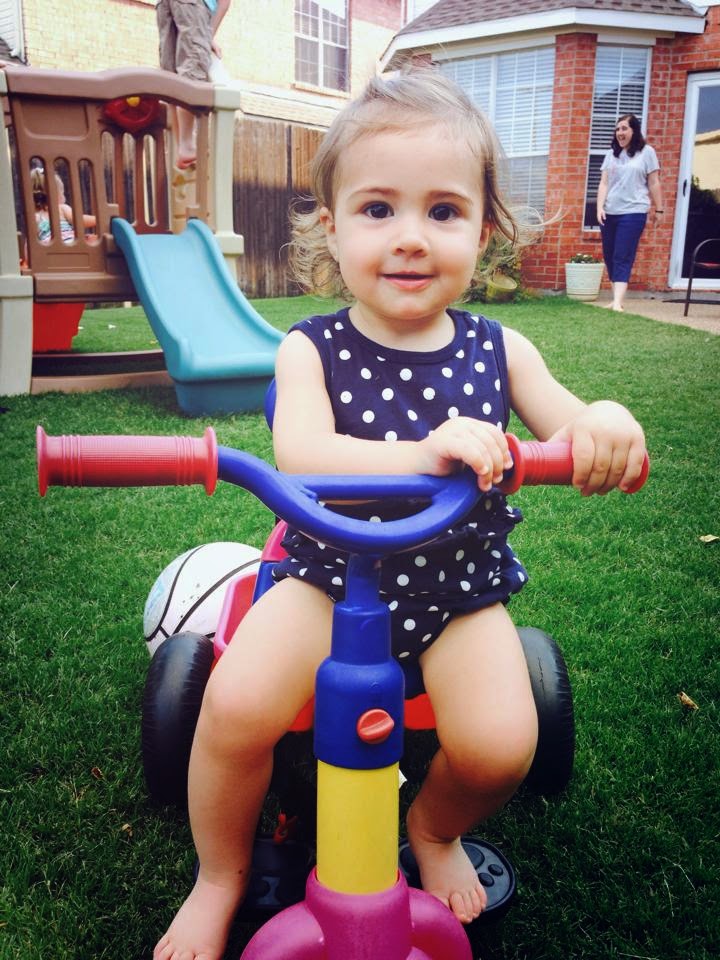